The day after ‘Fortnite’ stopped getting updates on iOS, Apple featured the game’s main competitor in the App Store

On August 13, the wildly popular game “Fortnite” got an update on Apple and Android smartphones that allowed players to bypass the companies’ digital payment systems and pay the game’s creator, Epic Games, directly. In response, Apple and Google pulled “Fortnite” from their digital storefronts and cited the update as […] 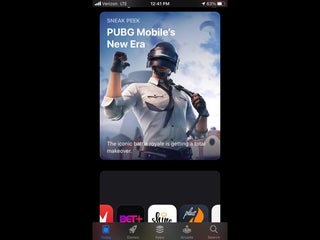 The world’s biggest game company isn’t Nintendo, and it isn’t Microsoft or Sony either – it’s a Chinese company named Tencent. Tencent is a Chinese conglomerate that has major holdings in tech, film, music, and gaming. Despite being a relatively unknown name among gamers, Tencent has major stakes in some […] 10 amazing Android games you can play for $5 or less

More people than ever are using Android-powered phones and tablets to play video games. Mobile games generated $US61.3 billion in revenue during 2018, thanks to games like “Fortnite” which increasingly high quality play on smartphones. Whether you’re just looking for something to play on your commute, or want a game […] These were the 12 highest-grossing games of 2018 on Steam, the biggest platform in PC gaming

Steam is a digital marketplace and video game platform used by tens of millions of PC gamers on a daily basis. The most popular games on Steam have more than 500,000 players online at any given time. Valve, the company behind Steam, recently released a list of the 100 highest-grossing […]

Chinese officials have expressed concerns about the impact of video games on children, fearing the hobby can lead to addiction and decreased productivity. The country halted new releases for months as they reorganized their process for reviewing new games. China’s Online Game Ethics Committee, a newly formed regulatory body, recently […] It looks like the smash-hit game that paved the way for ‘Fortnite: Battle Royale’ is finally coming to PlayStation 4

It looks like “PlayerUnknown’s Battlegrounds,” the game whose success paved the way for “Fortnite: Battle Royale,” is coming to the PlayStation 4. The game hasn’t officially been announced, but files for the game are present in the PlayStation 4 game database, and the online PSN store. “PUBG” is one of […] ‘Call of Duty’ is jumping on the hottest video game bandwagon of the year. Here’s why ‘Fortnite’ players should give the new ‘Blackout’ mode a real shot

Video games have entered the era of the battle royale, a subgenre of shooting games that pits 100 players against each other on a single map in a fight for survival. The genre exploded with popularity last year with a pair of new games, “PlayerUnknown’s Battlegrounds” and “Fortnite: Battle Royale,” […]

For years, “Call of Duty” was the biggest shooter in the world – but not anymore. “Fortnite” now rules the world, followed closely by “PlayerUnknown’s Battlegrounds,” with “Call of Duty” trailing in third at best. There’s one main reason for that: the massive 1-vs-100 game mode known as “Battle Royale,” […] How to find and use the new shopping cart in ‘Fortnite: Battle Royale,’ whether you’re playing solo or with your friends

This week, the ever-changing world of “Fortnite: Battle Royale” got a new feature that is the first of its kind for the world’s most popular video game: a shopping cart. While several competing battle-royale games have allowed players to zip across the virtual islands with fast-moving vehicles like cars, motorcycles […] I’m not a ‘Call of Duty’ fan, but I’m really excited for the ‘Blackout’ battle royale mode in ‘Black Ops 4’ ‘Fortnite’ requires ‘more skill’ than ‘PlayerUnknown’s Battlegrounds,’ according to top-streamer Ninja — here’s why

Despite being very similar games in concept, “PlayerUnknown’s Battlegrounds” (“PUBG”) and “Fortnite: Battle Royale” are very different to play. Due to its cartoon art style and less serious tone, many players consider “PUBG” to be the more challenging game. The world’s most popular “Fortnite” streamer (and former “PUBG” streamer), Tyler […] 7 reasons you should play PlayerUnknown’s Battlegrounds, or PUBG, instead of Fortnite

Fortnite: Battle Royale is the hottest video game in the world right now, and it’s easy to understand why. Celebrities are playing it, teenagers are using it to get prom dates, and colleges have started giving scholarships to the best players. More than that, Fortnite has become the entry point […] Battle Royale: These massive hits are battling to be the biggest video game in the world

With tens of millions of players each, both “Fortnite” and “PlayerUnknown’s Battlegrounds” (“PUBG”) are incredibly popular games in the nascent “Battle Royale” genre of video game. They’re on consoles, and phones, and computers. Kids are playing them, adults are playing them, maybe you’re playing them, too.Even Drake’s getting in on […]

Perhaps you’ve thought about it before: What if I stick TWO monitors together to play games in super-ultra-widescreen? But that’s never been a reality, at least for me and probably a lot of PC gamers out there. When you place two monitors together, you get the monitor bezels right down […] Tired of hearing about the game “Fortnite” and having no idea what everyone is talking about? Here’s the long and short: “Fortnite: Battle Royale” is a 100-person fight to the death set in a colourful, surreal world. It’s a third-person shooter where you only have one life to live. If […]