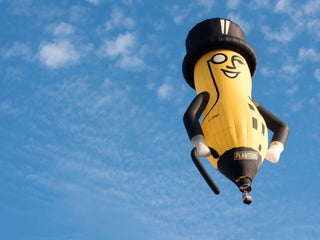 Reincarnated Mr. Peanut is no longer a ‘Baby Nut’ after turning 21 in a new ad, as critics rally to #BlockMrPeanut on Twitter

Planters reintroduced its mascot – originally known as Mr. Peanut and later Baby Nut – as 21-year-old Peanut Jr. on Tuesday. The peanut brand killed off Mr. Peanut in January, showing the mascot’s death in a pre-Super Bowl ad before replacing him with Baby Nut. Some people feel that Planters […] 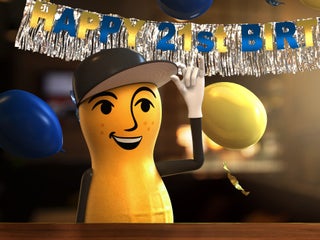 The best thing to come out of Planters’ Baby Nut campaign is this painting of Mr. Peanut devouring his son Planters, Hard Rock International, and Hyundai’s luxury brand Genesis are changing their advertising campaigns ahead of the Super Bowl following the death of Kobe Bryant, who died in a helicopter accident. Planters’ story centres around the death of its fictional character Mr. Peanut, who was shown in an earlier ad […] After the announcement of the death of Mr. Peanut last week, Planters is pausing its Super Bowl campaign in light of the sudden death of basketball icon Kobe Bryant. A Planters spokesperson told Business Insider the brand is pausing paid advertising on channels like Twitter and YouTube as well as […]