The NFL ended a policy that assumed Black players had a lower cognitive function, which denied them settlements for head injuries

The NFL agreed to end the use of "race-norming" in a $1 billion settlement for players affected by brain injuries. 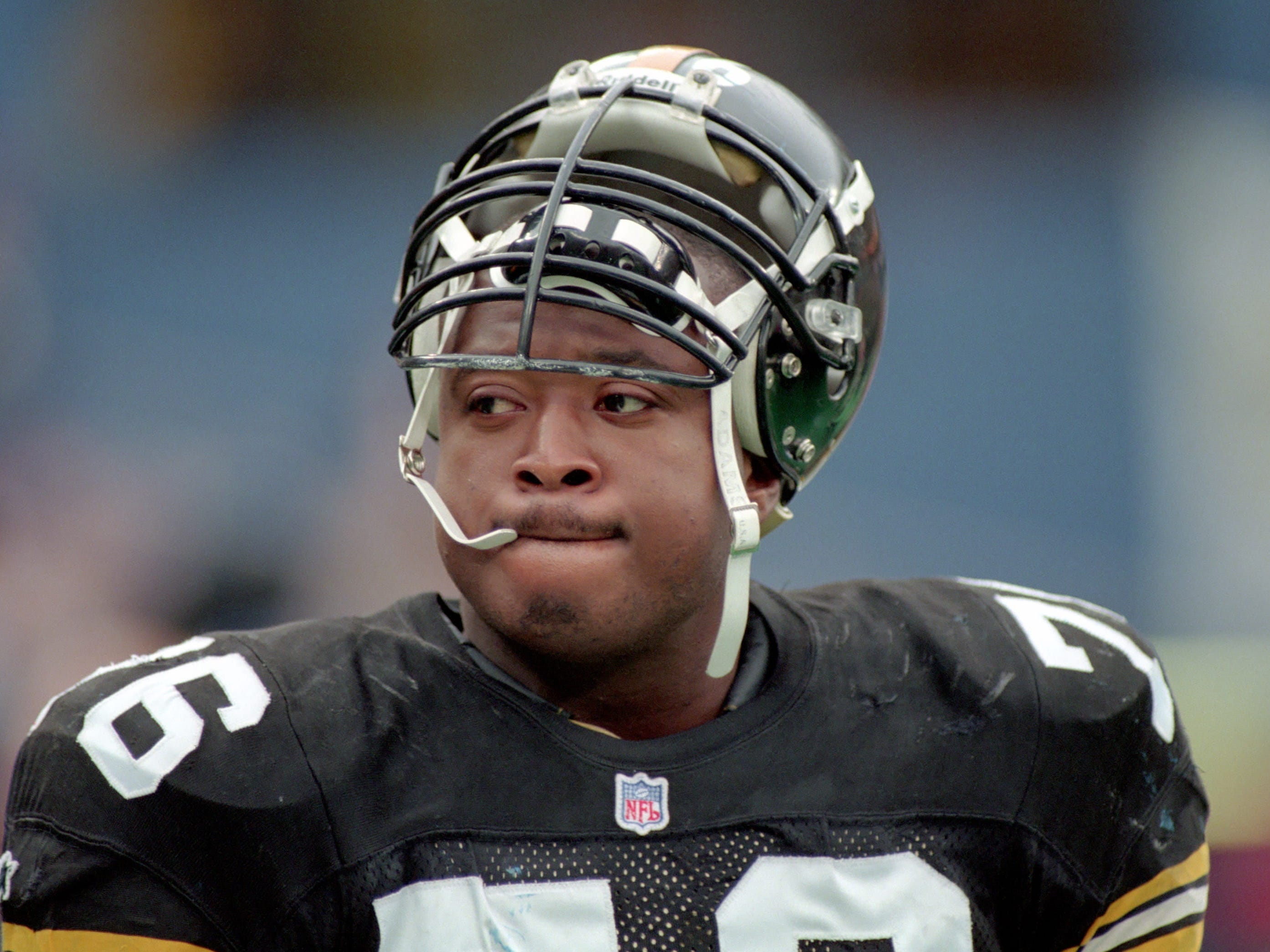 J.J. Watt will leave the Houston Texans after 10 years with the team. His brother, T.J. Watt, is already recruiting him to team up in Pittsburgh. As of Friday, the Steelers were the favourites to land the elder Watt brother. Visit Insider’s homepage for more stories. After 10 years, J.J. […] 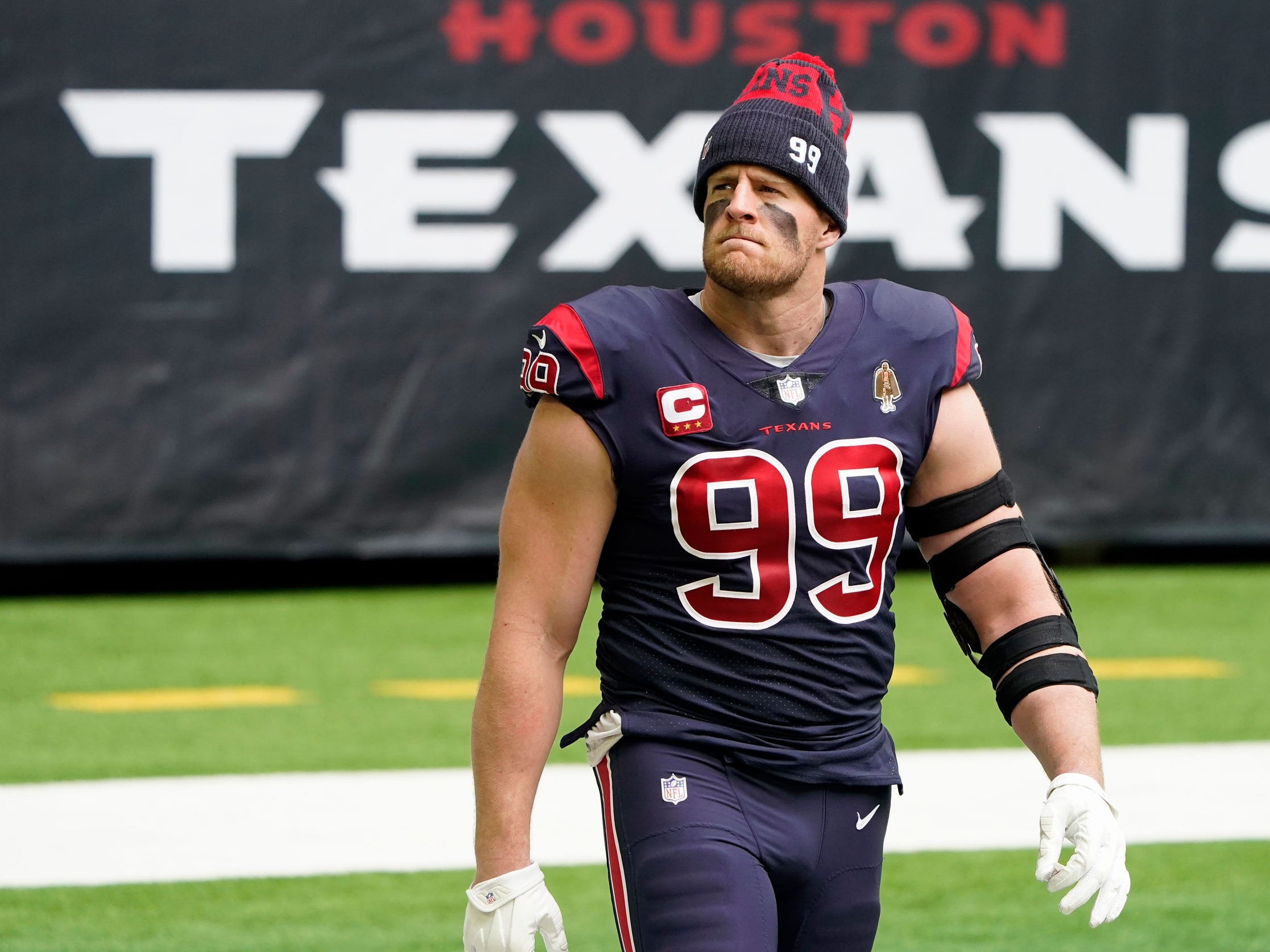 The Cleveland Browns beat the Pittsburgh Steelers in the Wild Card on Sunday, 48-37, at one point leading by 28 points. Steelers wide receiver Juju Smith-Schuster mocked the Browns during the week, calling them “nameless grey faces” and “The Browns is the Browns.” After the win, the Browns mocked Smith-Schuster’s […] 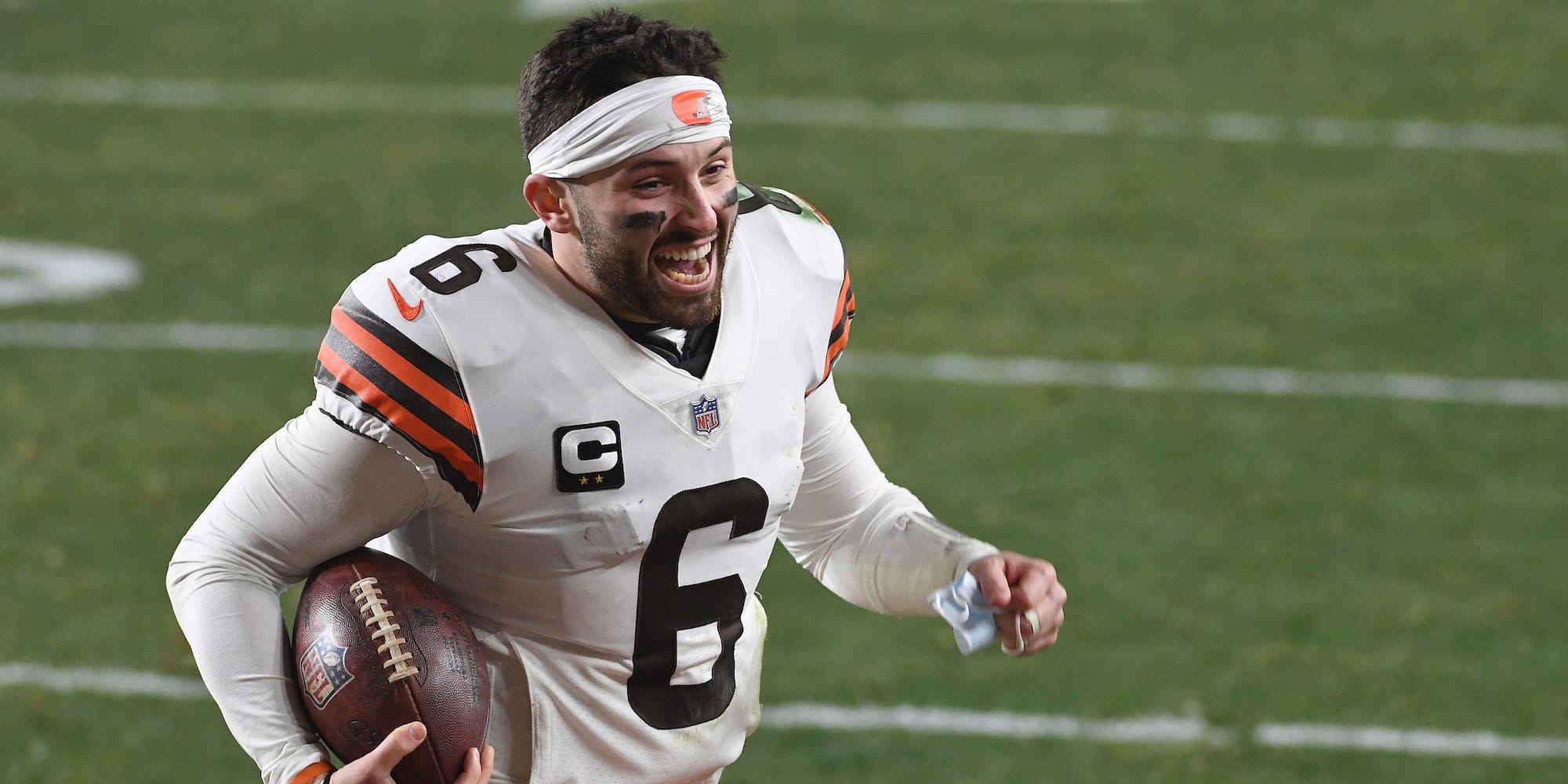 Steelers wide receiver JuJu Smith-Schuster films TikToks of himself dancing on his opponents’ logos before away games. On Monday night, the 24-year-old paid for it with a rough game. The Bengals then slighted him on Twitter by calling him “Pittsburgh TikTok star and suggested they purposely targeted Smith-Schuster for his […] 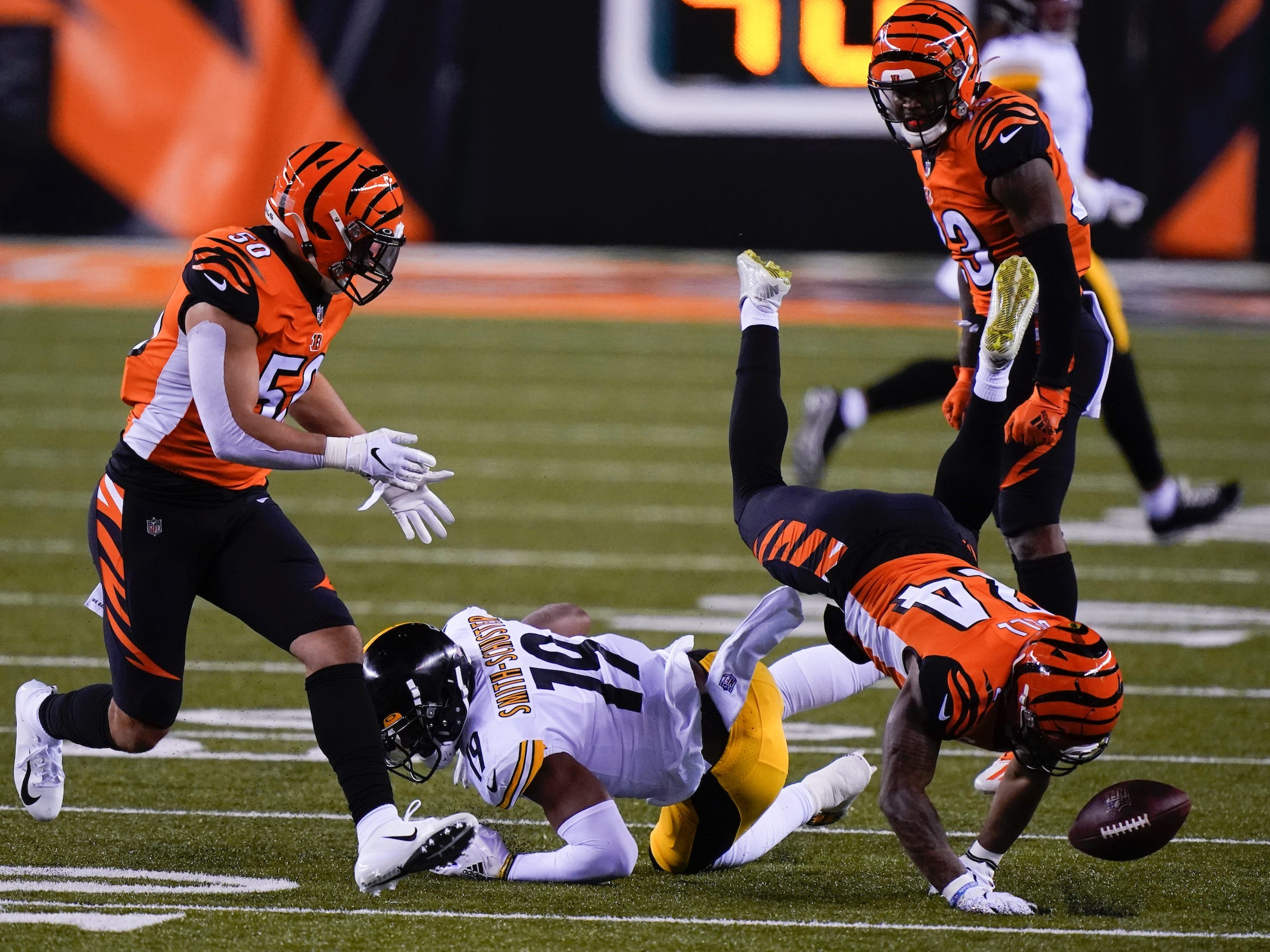 The Steelers defence held Titans running back Derrick Henry to just 75 yards on Sunday – his second-lowest rushing total of the season. Outside linebacker T.J. Watt made one spectacular play on Henry late in the first half, stopping him in the backfield for a loss. After the game, Watt […] 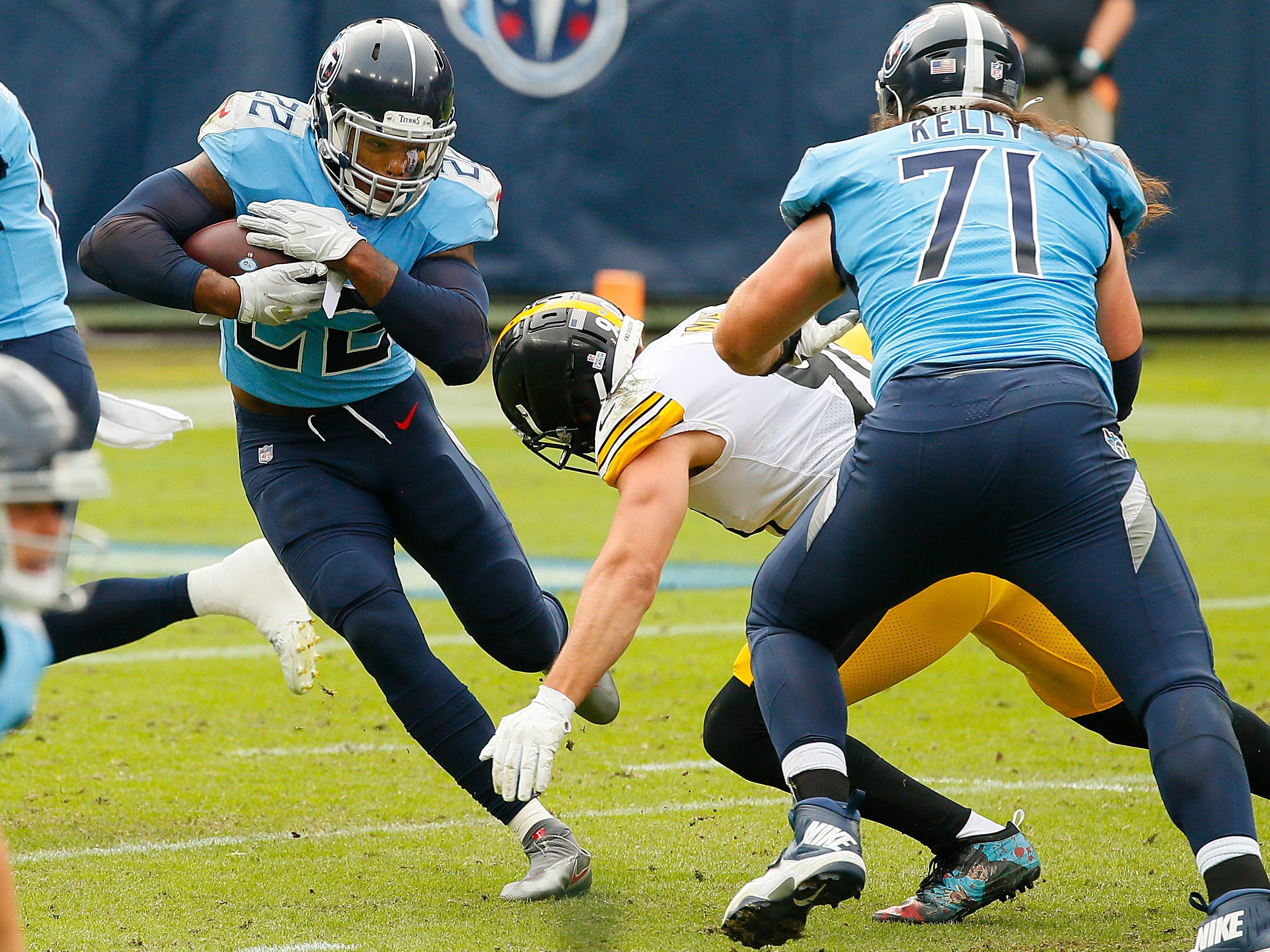 An Army veteran broke ranks with his Pittsburgh Steelers teammates by putting the name of a fallen soldier on his helmet instead of a police brutality victim, and it caught some of them off-guard

Pittsburgh Steelers offensive lineman Alejandro Villanueva, who is an Army veteran, wore the name of a fallen soldier on his helmet in Week 1. Other Steelers players wore the name of a Black teenager killed by police. Steelers teammates said they were unaware and surprised by Villanueva’s decision, though head […] 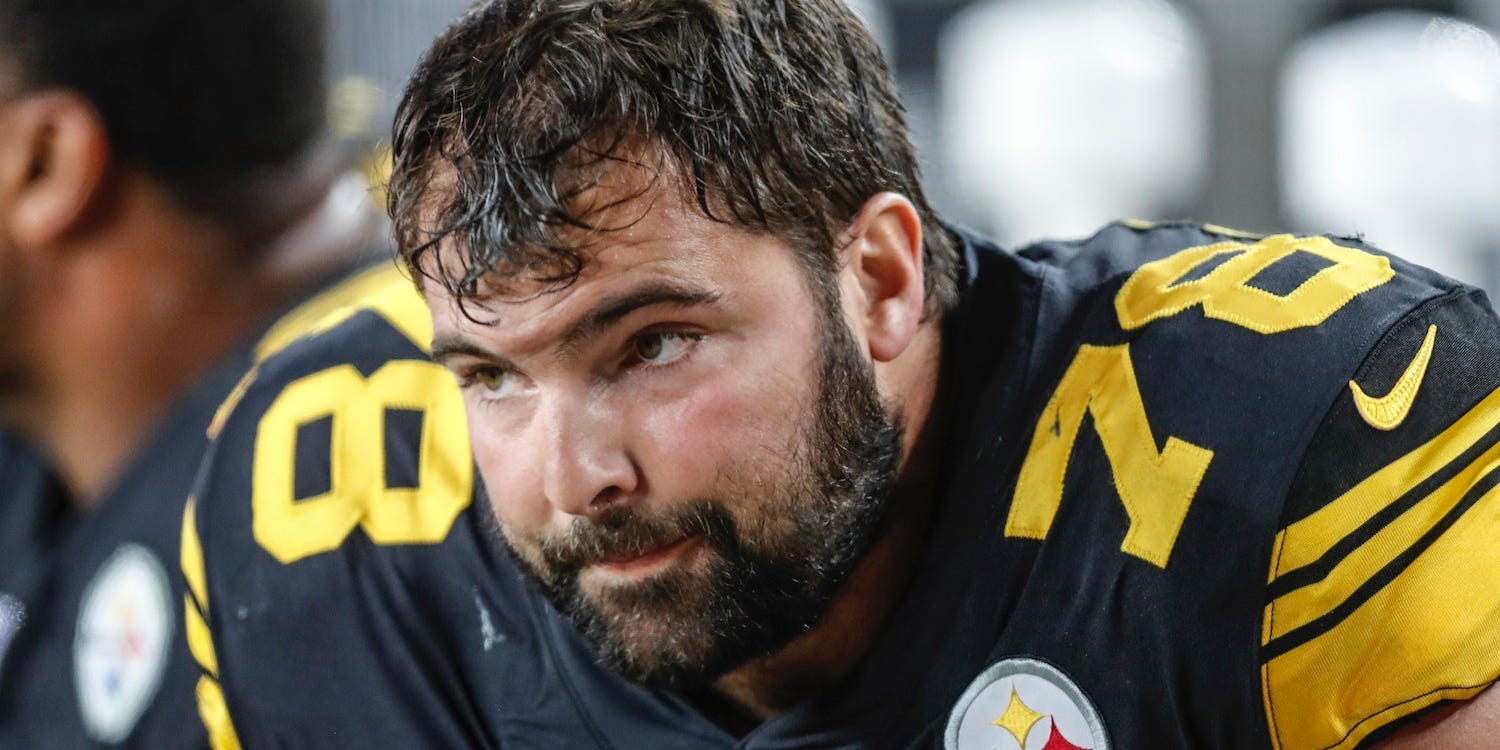 Pittsburgh Steelers quarterback Ben Roethlisberger says he battled alcohol and pornography addictions earlier in his life. While speaking at ManUp Pittsburgh– a conference that “teaches men to be godly leaders for their families” – Roethlisberger admitted that he’s “fallen as short as anybody.” “People don’t realise all the time that […] 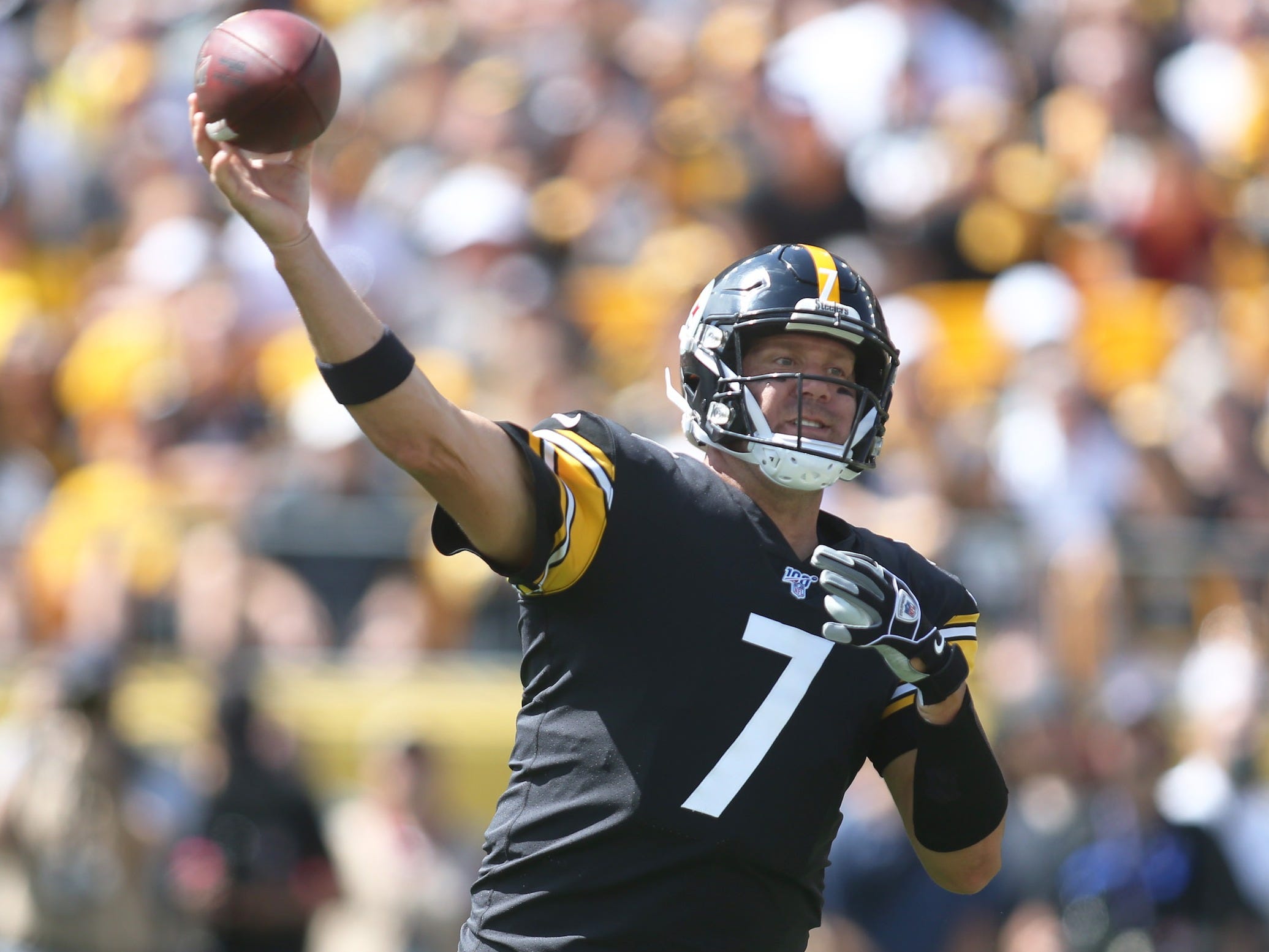 Antonio Brown went on a profanity-laced tirade, threw penis candies at police, and then posted it all on Instagram

Antonio Brown posted a video on Instagram on Monday morning in which he unleashed a profanity-laced tirade on his ex-wife, Chelsie Kyriss, and police officers. The former NFL wide receiver also threw a “bag of d—s” toward the cops, his ex, and his children. Brown has made headlines for his […] The Pittsburgh Steelers were quick to change quarterbacks in their must-win game on Sunday. After throwing interceptions on two of the team’s first three drives, Devlin “Duck” Hodges was benched in favour of Mason Rudolph. No one was more prepared for the change than one Steelers fan at MetLife Stadium, […] Cleveland Browns defensive end Myles Garrett was suspended indefinitely by the NFL after tearing off Mason Rudolph’s helmet and swinging it at the Pittsburgh Steelers quarterback. Garrett met with the NFL to appeal the suspension and reportedly accused Rudolph of calling him a racial slur in the moments leading up […] The NFL suspended 3 in connection with the Myles Garrett-Mason Rudolph melee, but people are appalled that the Steelers QB got off scot-free

The NFL on Friday handed out punishments in connection with the brawl between the Pittsburgh Steelers and the Cleveland Browns at the tail end of this week’s raucous “Thursday Night Football” game. Browns defensive end Myles Garrett was suspended indefinitely, while his teammate Larry Ogunjobi will miss one game and […] The NFL has never seen anything like the ugly fight between the Browns and the Steelers, and blame is flying in all directions

The fight between the Cleveland Browns and the Pittsburgh Steelers, in which Myles Garrett swung a helmet at Mason Rudolph’s head, is one of the ugliest on-field incidents in the league’s history. The NFL suspended Garrett for at least the rest of the season, Steelers centre Maurkice Pouncey for three […] Steelers lineman David DeCastro praised as peacemaker for his role in ‘Thursday Night Football’ brawl, including from Myles Garrett

Thursday night’s game between the Pittsburgh Steelers and the Cleveland Browns ended in a brutal brawl when Myles Garrett struck Mason Rudolph with his helmet. During the fight, Steelers lineman David DeCastro got between Garrett and Rudolph, taking Garrett to the ground after he swung at the quarterback. After the […] Cleveland Browns wide receivers Odell Beckham Jr. and Jarvis Landry yawned after big plays in their “Thursday Night Football” grudge match in an apparent jab at Pittsburgh Steelers head coach Mike Tomlin. Over the summer, Tomlin yawned in response to a question about his team having to face Beckham twice […] “Thursday Night Football” ended with an ugly brawl and Cleveland Browns star defensive end Myles Garrett hitting Pittsburgh Steelers quarterback Mason Rudolph in the head with his own helmet. Garrett was ejected and is facing a lengthy suspension. After the game, Garrett called the act “foolish” and “embarrassing” but did […] Cleveland Browns star defensive end Myles Garrett hit Pittsburgh Steelers quarterback Mason Rudolph in the head with his own helmet during a brawl at the end of “Thursday Night Football.” Three players were ejected, and Garrett is facing a lengthy suspension. Visit Business Insider’s homepage for more stories. The Cleveland […] The Los Angeles Chargers lost to the Pittsburgh Steelers 24-17 in Los Angeles on Sunday in a stadium that was taken over almost entirely by fans of the visiting team. In the fourth quarter, the stadium briefly played “Renegade” by Styx – a Steelers fight song – before “Rick Rolling” […]

Pittsburgh fans took over the Chargers home stadium on Sunday, turning the stands at Dignity Health Sports Park into a sea of black and yellow and Terrible Towels. The Chargers often look like the road team at home since they relocated to Los Angeles. The Chargers struggle to fill seats […] Pittsburgh Steelers quarterback Mason Rudolph was knocked out by a hit Sunday. Rudolph lay motionless on the field for several moments in a scary scene, but he was eventually able to walk off the field. Visit Business Insider’s homepage for more stories. A scary scene unfolded Sunday between the Pittsburgh […] Antonio Brown has been released by the New England Patriots – Here is a timeline of his bizarre year since leaving the Steelers.

A civil lawsuit was filed on September 10 accusing Antonio Brown of raping his fitness trainer. The suit is only the latest event in a bizarre year for the wide receiver. In March, Brown was traded from the Pittsburgh Steelers to the Oakland Raiders after publicly asking for a trade […]