Peter Madsen — the Danish tech entrepreneur who killed a journalist on his submarine — was caught breaking out of jail, reportedly while claiming he had a bomb

The Danish tech entrepreneur convicted for killing a journalist on his submarine was caught breaking out of jail on Tuesday. Peter Madsen was given a life sentence in prison after Kim Wall’s body was found dismembered after she visited him on his homemade submarine. Danish police confirmed that they had […] 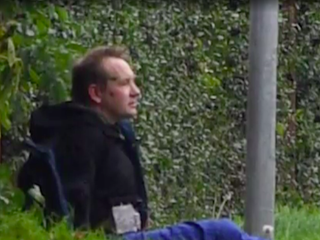 The Danish inventor Peter Madsen has been sentenced to life in prison for killing the journalist Kim Wall. Madsen invited Wall to board his homemade submarine in August. He was the last person to see her alive. Gruesome details of Wall’s death have emerged over the past few months. An […]

Inventor Peter Madsen is accused of killing and dismembering Kim Wall, a journalist who was writing about him. Wall was last seen alive in August, on a submarine Madsen had built himself. A new account of her death includes texts Madsen allegedly sent detailing a “murder plan” with similarities to […] A submarine inventor tortured Swedish journalist Kim Wall with a saw and screwdrivers before she died, prosecutors say

Danish inventor Peter Madsen was charged with murdering journalist Kim Wall last week. He was the last person seen with Wall after inviting her on his submarine. According to the full indictment, Madsen tortured Wall with a saw, knife, and screwdrivers. He then dismembered Wall’s body and dumped the parts […] Peter Madsen was charged with homicide over Kim Wall’s death in August. Police said Madsen lured her onto his homemade submarine in Copenhagen. The submarine sank, Madsen escaped and Wall was later found dismembered. Prosecutors say Madsen planned the murder and sexually abused Wall. A Danish inventor has been formally […]