Australians are being urged to stop trying to import COVID-19 home testing kits. At least three large consignments have been intercepted in the last two weeks by the Australian Border Force (ABF) Home Affairs Minister Peter Dutton warned “inaccurate results could prevent people from seeking the medical help they need”. […]

Australian home affairs minister Peter Dutton announced Friday that he had tested positive for the coronavirus. Dutton last week attended an event in the US on countering child exploitation, and was pictured with Ivanka Trump and Attorney General William Barr. “Ivanka is exhibiting no symptoms and does not need to […] 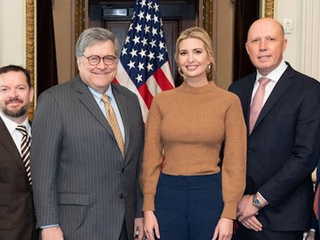 Australia’s Minister for Home Affairs Peter Dutton announced on Friday that he has tested positive for the novel coronavirus. Dutton said he tested for the virus after waking up with a temperature and sore throat. He said he is now in the hospital under the advice of Queensland health officials. […] 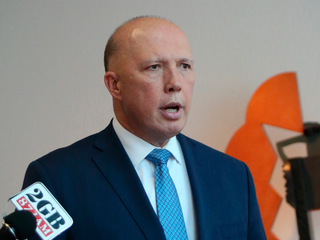 Federal police have raided the Department of Home Affairs

Australian federal police officers have raided the Department of Home Affairs headquarters in Canberra. The search follows revelations that Peter Dutton, the Home Affairs minister, helped to prevent the deportation of two foreign au pairs after lobbying from AFL chief Gillon McLachlan and Russell Keag, a former police colleague to […]

A push to compel Australia’s telecommunications companies to install spyware on customers’ phones under broad new security plans could be “severely damaging” to the country’s cybersecurity, the industry has warned. Telcos are part of an expanded group, which includes device makers like Apple, search engines like Google, and social media […]

Scott Morrison has rejected advice from his predecessor Malcolm Turnbull that the government refer Peter Dutton to the High Court, saying voters have had enough of “the lawyers’ picnics” that had resulted in the removal 15 MPs and Senators under section 44 of the Constitution. Legal opinion is divided over […]

Home Affairs Minister Peter Dutton accused his former Border Force commissioner of “grooming” using Parliamentary Privilege during Question Time yesterday. The politician and former top cop are involved in a bitter battle of the Minister’s intervention in granting visas to European au pairs against the advice of his department. ABF […]

Correspondence tabled in Parliament on Monday has cast fresh doubt over Peter Dutton’s explanation about the growing au pair scandal, Labor and the Greens say. The Home Affairs Minister is under pressure over his decision to stop the deportation of two foreign au pairs after lobbying from AFL chief Gillon […]

Home Affairs minister Peter Dutton has accused the former Australian Border Force chief, Roman Quaedvlieg, of fabricating evidence to a Senate inquiry and suggested he has mental health issues. Dutton’s attack on his one-time right hand man – who was dismissed earlier this year for misconduct – came after Quaedvlieg […]

Early indications after last week’s chaos for the Liberal Party are that voters are ready to punish the Coalition. The Liberal Party has been struggling financially — Malcolm Turnbull was their biggest donor — and a drop in the primary vote will cost it money after the next election. This […]

Malcolm Turnbull had many weaknesses in politics, but his final act was a masterclass in destroying your political enemies

Malcolm Bligh Turnbull was never going to go quietly. One of the common criticisms of Turnbull was that he had no political skills, but the last act of his political career suggests otherwise. By deploying a range of stalling tactics and the well-timed seeking of some legal advice, Turnbull — […]

Scott Morrison has been elected leader of the Liberal Party, defeating Peter Dutton 45-40 in a partyroom vote in Canberra. He will be Australia’s 30th prime minister. Our blow-by-blow live coverage is below. 4:20pm: SCOTT MORRISON SPEAKS He starts by saying “we’re on your side”, and describes himself and his […]

Everything you need to know about Scott Morrison, Australia’s new prime minister

Scott Morrison has just been named the 30th Prime Minister of Australia. Morrison has had a long political career spanning 10 years in parliament, but his interest in politics started way before that. He’s had a broad range of policy experience across immigration, border protection, and social services. This week […]

Good morning. 1. Politics. Will we have a new PM today? ¯\_(ツ)_/¯ We’ll live blog it from here on, just in case, because Peter Dutton just told us he had called Malcolm Turnbull and “asked him to convene a meeting of the Liberal Party at which I would challenge for […]

Peter Dutton just told Malcolm Turnbull he will challenge him for leadership, again

Peter Dutton fronted the media just after 8am on Thursday to announce his plans to challenge Prime Minister Malcolm Turnbull for a second time, believing he has the numbers to win a ballot vote. “Earlier this morning I called the PM to advise him that it was my judgment that […]

Friday’s leadership challenge is set to be a three-horse race between Dutton, Morrison and now Julie Bishop

Australia looks set to have its fifth prime minister in six years. You can follow all the latest developments in our live coverage below. The key points. It looks all over for Malcolm Turnbull. He is awaiting a petition signed by a majority of Liberal MPs (at least 43) to […]

Peter Dutton is talking to colleagues in a bid to shore up support and wrest the Liberal leadership from Prime Minister Malcolm Turnbull. Just 24 hours after losing a surprise spill 48-35 and saying he respected the party’s decision, Dutton told Neil Mitchell on Melbourne’s 3AW “of course” he was […]

The volatility of modern politics is a warning against writing off anyone, including Peter Dutton

Lots of people may be tempted to think Peter Dutton — known as a hardline conservative — would be a terrible leader of the Liberal Party. Dutton could well be a disaster. There are questions over his policy achievements, and Labor thinks it has the measure of him. But modern […]

Ten ministers, including four members of Cabinet, have offered their resignations to Malcolm Turnbull after yesterday’s vote on the Liberal Party leadership. Turnbull has only accepted the resignations of two ministers. Challenger Peter Dutton is expected to make another attempt to seize the leadership, possibly as early as tomorrow. There […]

Section 44 of the Constitution has struck down many a politician in the past year – but is it powerful enough to take down the Minister for Home Affairs, Peter Dutton? This time it is not dual citizenship under s44(i) that is at issue. Instead, it is the more obscure […]