An indoor conference hosted by COVID-19 vaccine entrepreneur resulted in dozens of infections. Peter Diamandis, who also was infected, hosted a mostly virtual conference with an in-studio audience last month. “As a result, we felt awesome, we felt safe,” he wrote about the healthy safety preparation before the conference. “But […] 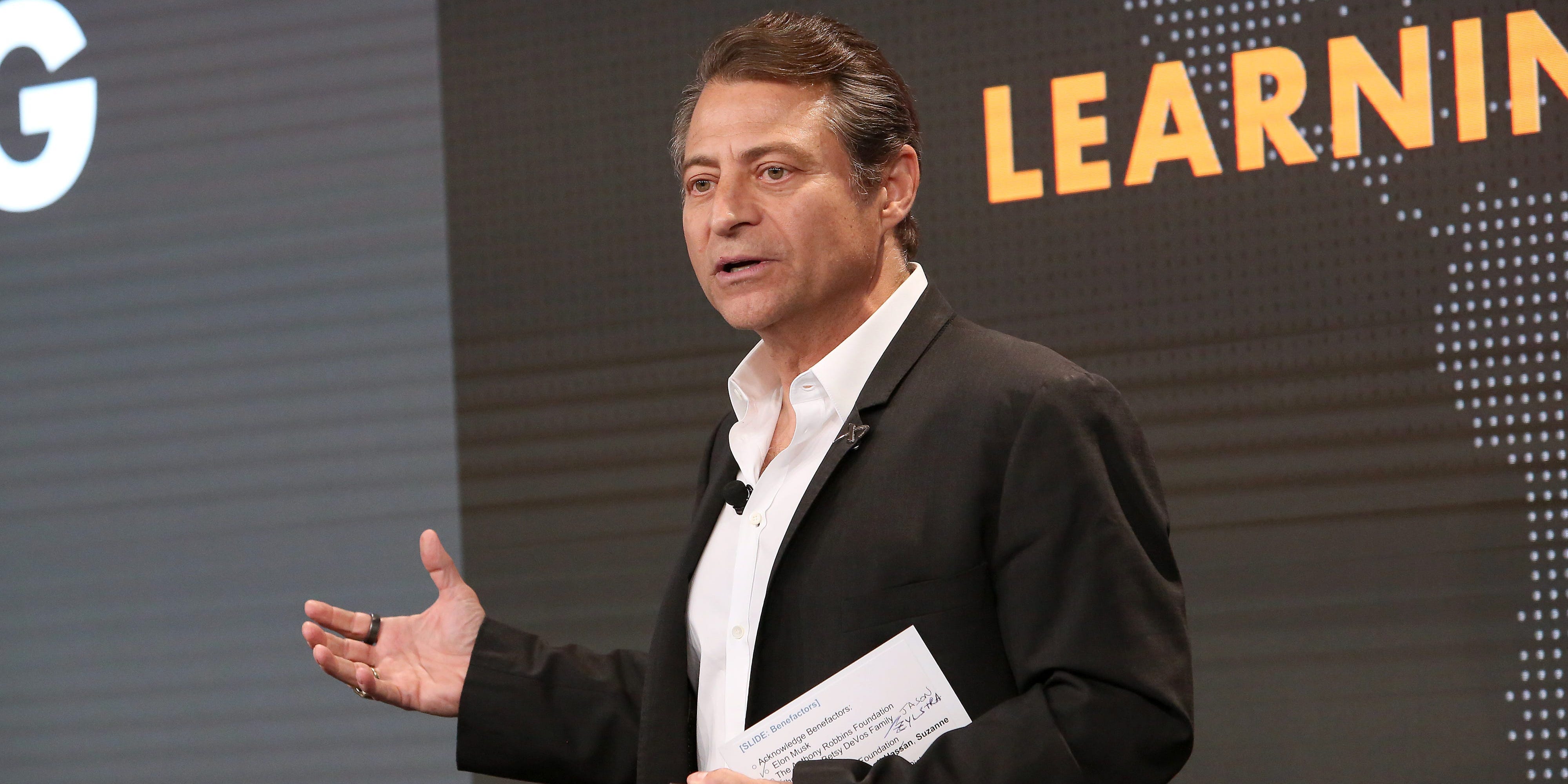 "As a result, we felt awesome, we felt safe," tech executive Peter Diamandis wrote about the preparation behind the conference. "But I was wrong." 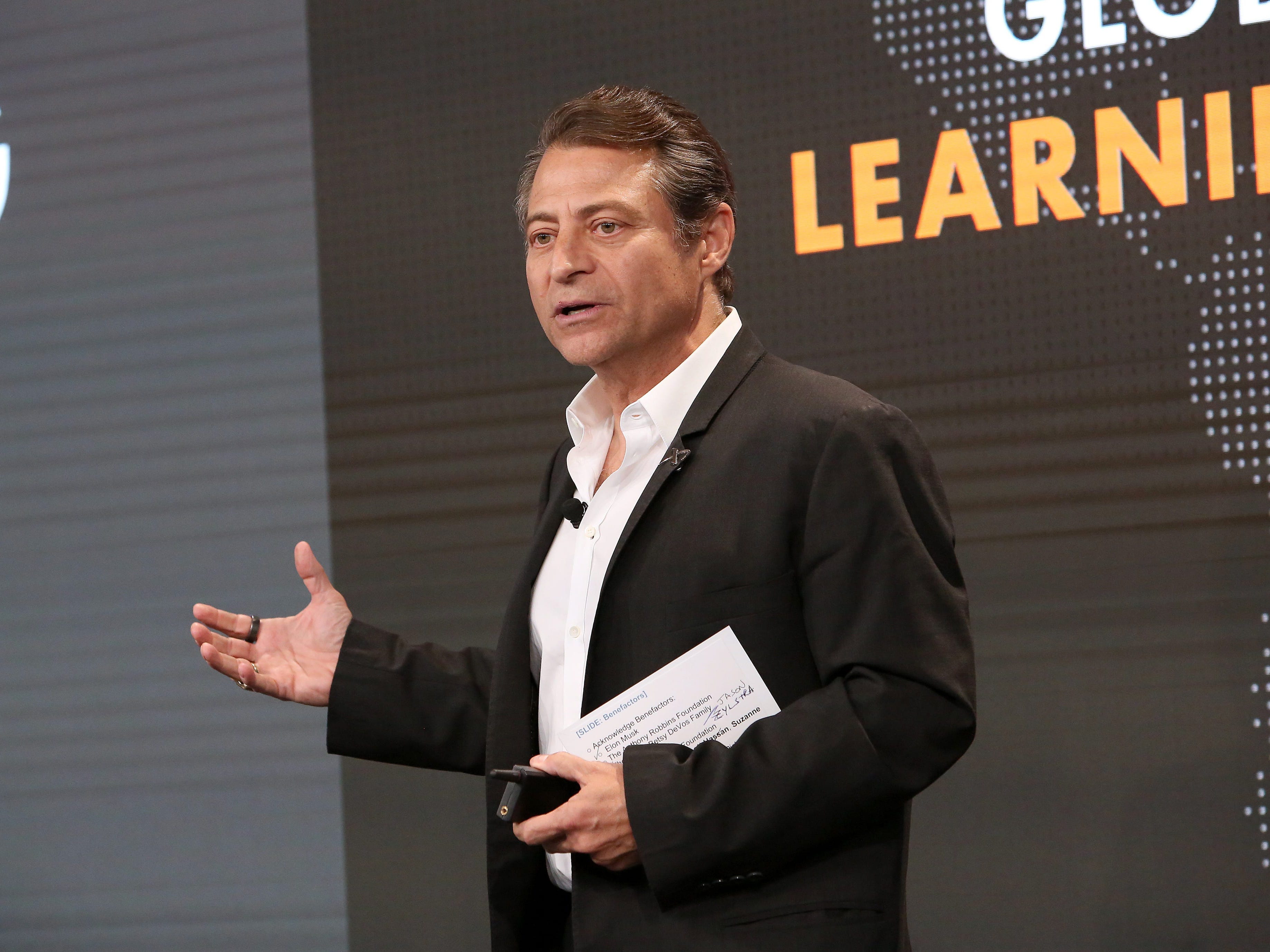 A company co-founded by former physician Mark Allen and several Harvard researchers are trying to develop a therapeutic to address ageing to treat diseases like heart failure, coronary artery disease, and muscular dysfunction. They’re focusing on a protein with regenerative effects called GDF11 that’s found in blood. The company has […]

XPRIZE founder Peter Diamandis first had the idea for what became the X Prize Foundation in 1993 – it would provide a cash prize for any team who could pilot a manned private flight into space. It came to fruition in Oct. 2004, with the flight of SpaceShipOne. It taught […]

What Silicon Valley is doing to make humans live longer

One of tech’s most prolific entrepreneurs reveals how he and Elon Musk are trying to eliminate illiteracy, and why he thinks human placentas may hold a key toward ‘an indefinite human life span’

Elon Musk has set aside $US15 million for an XPRIZE contest for entrepreneurs who can find the most effective way to use software to teach illiterate children living in extreme poverty. Peter Diamandis is the founder of XPRIZE, which is built on the idea that inspiring business competition is one […]

The revered physicist Stephen Hawking died Wednesday. Eleven years before his death, he fulfilled a lifelong dream of experiencing zero gravity. A serial entrepreneur named Peter Diamandis brought Hawking aboard one of his company’s Zero G planes in 2007. Diamandis pushed back against the Federal Aviation Administration, which didn’t want […]

Celularity is a New Jersey-based startup co-founded by X-Prize founder Dr. Peter Diamandis and ex-Celgene executive Dr. Bob Hariri. It has raised $US250 million in funding for its stem-cell-based platform. The company is specifically using and storing placental stem cells for its regenerative medicine and cell therapy programs. The goal, […]

Flying cars could become a reality in just 5 years

Flying cars may not just be a figment of "Back...

Hyperloop One is designing a high-speed way to travel underwater

Hyperloop One, a Los Angeles-based startup...

Peter Diamandis is a serial entrepreneur behind the XPRIZE, Singularity University, and Human Longevity, Inc. He had a childhood love of space, but his parents wanted him to become a doctor. This shaped his career trajectory. He believes that his own passion has motivated him far more than anyone else […]

The Hyperloop might reach the UAE before the United States

Peter Diamandis: How to come up the next billion-dollar idea

VIDEO: With the burgeoning of connectivity and innovation, Peter Diamandis explains why you should be optimistic about the future.

“The Law of Accelerating Returns.”

XPRIZE founder Peter Diamandis: Here’s what everybody gets wrong in their twenties

Peter Diamandis: Elon Musk deserves his success because he risked everything

Bcause he risked everything.

Peter Diamandis: The first trillionaire is going to be made in space

VIDEO: Peter Diamandis explains why this is one of the most exciting times to be a human.

Jeff Bezos’ best piece of advice to entrepreneurs: Be missionaries, not mercenaries

Passion and purpose trumps everything.