Pet food recalled after poisoning suspected in deaths of 70 dogs

Many types of pet food from Midwestern Pet Company are under a voluntary recall. At least 70 dogs have died after eating the food, and more than 80 have gotten sick. Some of the food was found to have dangerous levels of aflatoxins, which are produced by mould. Visit Business […] 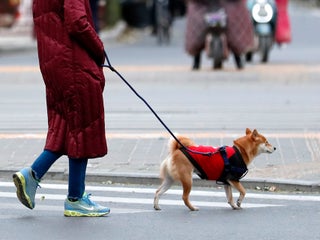 Pet owners may be accidentally feeding their pets improperly. Giving your cat or dog treats might accidentally train them to beg for food. Cooked bones may be dangerous for dogs to chew on. Visit Insider’s homepage for more stories. Taking care of a pet is a lot of work, but […] The cofounder of Chewy explains how he created a $10.2 billion empire selling pet food to millennials who treat their animals like their firstborn child

Ryan Cohen cofounded online pet food and supplies store Chewy.com at the age of 25. He sold the company to PetSmart for $US3.35 billion in 2017 and stepped down as CEO in 2018. The company went public earlier this year. In a conversation with Business Insider, Cohen explained how he […] Petco is opening upscale kitchens in its stores where chefs will prepare human-grade meals for pets. The meals cost $US6 to $US12 and include options like turkey and whole-wheat macaroni and venison and squash. “You can come in and see, smell, and touch the product that’s being made here in […] 17 things you should know about your pet’s food

In order to be a responsible pet owner, one needs to pay careful attention to what they feed their pets. Like humans, dogs, cats, and other animals need specific nutrients to stay healthy. Being aware of your pet’s individual needs are can help you make better decisions about what to […]

The Farmer’s Dog, a dog-food startup that sends freshly made meals to dog owners’ doors, announced Tuesday it had raised $US39 million in funding. The company is cashing in on a shift in millennials buying more premium brands for their pets. Legacy pet-food brands such as Mars’ Pedigree, Nestle’s Purina, […] 13 human foods that you can feed to your dog

There are some foods that are better suited for dogs than others. Bananas and watermelon, for example, are OK to feed your dog in moderation. Here are 13 human foods that you can feel good about feeding to your dog. Your dog might feel like a member of the family, […]

3 signs you’re feeding your pet too much, and how much they should really be eating

We, as humans, love feeding our loved ones. That includes our pets – although unfortunately, sometimes we take it too far. Recent research by Banfield Pet Hospital has found that one out of four dogs and one out of three cats in the US are overweight or obese. Overfeeding your […] The Farmer’s Dog is a personalised meal delivery service that’s most easily described as “Blue Apron for dogs.” Tech investors are throwing money at the Brooklyn startup, which has raised a total of $US11 million from Shasta Ventures, SV Angel, and others. They believe it’s the future of dog food. […] An animal-free pet food startup called Wild Earth recently scored $US450,000 from tech mogul Peter Thiel and backing from Mars Veterinary, the world’s biggest pet food maker. The company’s current products are made with koji, a type of fungus, but Wild Earth has plans to make pet food from cultured […]

Testing of dog food has found salmonella in some Midwestern and western states. Six animals and two humans have gotten sick or died since early February. Four brands have issued recalls linked to the finding of the pathogen. Not only can dogs get sick from salmonella, but they can act […] This startup is making dog food that’s so safe and nutritious, even humans can eat it