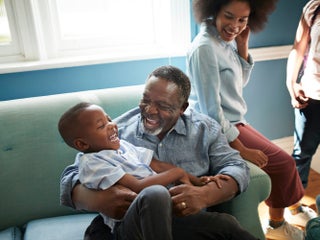 The 25 large companies that offer the best perks and benefits

These companies are highly rated for their perks and benefits based on anonymous employee ratings on Comparably. 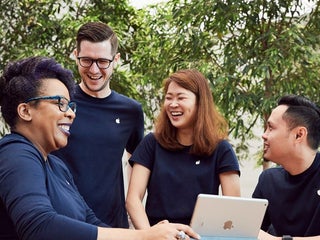 13 perks of being the vice president of the United States

Kamala Harris was sworn in on January 20 as the first female vice president in US history. Every US vice president since 1977 has lived in Number One Observatory Circle, a Victorian mansion. The vice president also earns a generous yearly salary of $US235,100 per year. Visit Business Insider’s homepage […] 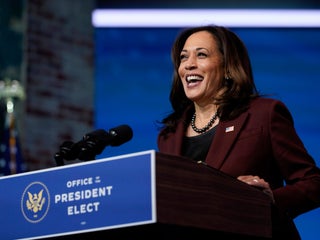 Digital business publication FitSmallBusiness released a report on 15 millennial workplace trends. Some hot trends include sustainability programs, gender-inclusive bathrooms, and corporate retreats. Company “Summer Fridays,” or closing offices early at the end of the week so employees can enjoy longer weekends, saw a 9% increase between 2018 to 2019. […] Mulberry bags, Montblanc pens, and ‘Wolf of Wall Street’ conferences — a UK wealth manager is under fire for its ‘extravagant’ perks, high fees, and mediocre returns

A UK wealth manager is under fire for its lavish employee perks and culture of maximizing client fees despite underperforming its rivals. St. James’s Place rewarded top performers with Mulberry Bags, Montblanc pens, diamond cufflinks, overseas trips that were “extravagant beyond words,” and invites to conferences that were “something out […] 14 companies that give their employees unlimited vacation days

Vacation days can be a godsend – you can take a much-needed and deserved trip, attend doctor’s appointments, or simply catch up on sleep. However, vacation days can also quickly run out. Here are 14 companies that give their employees unlimited vacation days and personal time off, not to mention […] Top companies are promoting perks like student-debt relief instead of Ping-Pong and nap pods, and job seekers are taking notice

LinkedIn released its annual ranking of “Top Companies” that employees want to work for. Many companies on the list are emphasising bringing personal and social value to employees, rather than luxurious in-office perks. Companies around the country are following suit by purposely skipping ping-pong tables to allow employees a better […] Tech giants like Facebook have moved beyond beer and ping-pong to the next office must-have, and other companies are following their lead

Rooftop parks and gardens are becoming an increasingly popular office perk for urban companies, according to a New York Times report. The trend stems from the health benefits provided by exposure to the outdoors. Studies have shown contact with nature reduces stress and fatigue and can help combat depression and […] The 116th US Congress has been sworn in, marking the most diverse Congress in US history. Though this group of lawmakers represents a number of firsts for the legislative branch, members of Congress have been bound by many of the same traditions throughout history, including a wide variety of perks. […] Most millennials and Gen Zs have never experienced a recession during their careers, and an economist says it’s changing the way people act at work

Labelled by Gallup as “the job-hopping generation,” millennials generally don’t plan on staying with their employer for more than a few years. Gen Zs, the generational cohort born after 1997, will likely be just as restless. Glassdoor chief economist Andrew Chamberlain said younger workers feel comfortable asking for perks that […] In a popular LinkedIn post, a Microsoft employee shared the letter that the company addressed to his newborn child. The letter comes with a bunch of goodies for the newborn, packaged up by a nonprofit called AtWork! The letter also highlights what Microsoft can do for new mums and dads, […] The fast food business isn’t exactly known for doling out a ton of perks – or high pay. But there are some exceptions among major fast food giants. Check out some of the best perks that fast food workers at companies like Starbucks and Chick-fil-A get. Fast food isn’t known […] Amazon and Apple don’t offer employees free food as a workplace benefit. Free food is a popular perk among Silicon Valley giants – but the trend is starting to get major legislative pushback. Apple does run a highly subsidized cafeteria at its Cupertino, California headquarters. Employees at Amazon’s Seattle base […] Even if free food is on its way out in Silicon Valley, there are 3 perks employees might care about more

Free food has been a major perk at tech companies like Facebook, Google, and Twitter. But California municipalities are cracking down on workplace cafeterias that offer free meals. Business Insider spoke with Glassdoor’s chief economist Dr. Andrew Chamberlain, who has studied how certain benefits correlate with overall employee satisfaction. Chamberlain […] WeWork is banning meat. The company will no longer reimburse employees for meals that include red meat, poultry, or pork and will stop serving meat at company events. The policy change was made in an effort to reduce WeWork’s carbon footprint. WeWork is going vegetarian. In an email to about […] A $35 million tech company is giving employees the freedom to choose their hours, where they work, and the meetings they attend — and it’s a millennial’s dream perk

Tech firm Verve gives employees the freedom to choose their hours, where they work, and the meetings they attend, making it a millennial’s dream company. Millennials, who make up the majority of Verve’s workforce, in general work more hours and forfeit more vacation days than previous generations. Verve’s cofounder Callum […] Marketing and advertising company SteelHouse has been celebrating monthly “SteelHouse Days” for the past year. Each month that doesn’t already have a three-day weekend now comes with one. CEO Mark Douglas said the policy has led to huge jumps in people’s morale, energy, and productivity. This post is part of […] Amazon has narrowed its search for a second US headquarters location, dubbed HQ2, down to 20 cities. The company has said that new offices will provide up to 50,000 jobs. Current Amazon employees receive perks like health and disability insurance, company stock, and paid leave, and it’s likely the workers […]