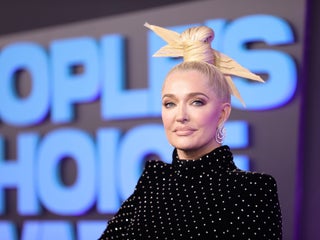 Kenan Thompson hosted the 2021 People's Choice Awards, which were held in Santa Barbara, California, on Tuesday. 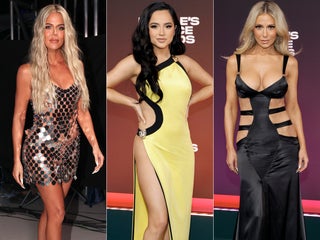 Jeff Bezos called being bald "a good look" when he presented his friend — and sometimes-business associate — with the People's Champion award. 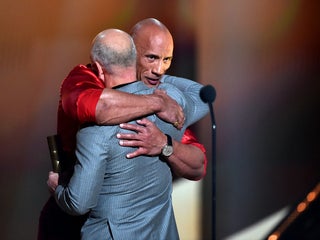 Kim Kardashian West was honored as Fashion Icon at the People's Choice Awards and credited Kanye West for introducing her to fashion. 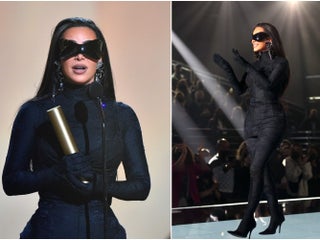 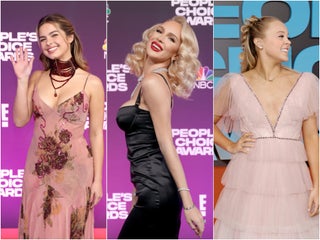 Christina Aguilera wore black and yellow chaps and a bodysuit for her performance of "Dirrty" at the People's Choice Awards on Tuesday. 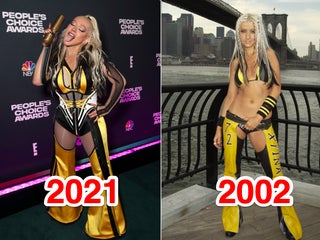 The 2020 People’s Choice Awards were held in Santa Monica, California, on Sunday. Stars including Jennifer Lopez, Ellen Pompeo, Demi Lovato, Tiffany Haddish, and more were in attendance. Some celebrities opted for oversized pantsuits and sparkling bodysuits on the red carpet. Others wore bold minidresses, glimmering gowns, and classic silhouettes. […] 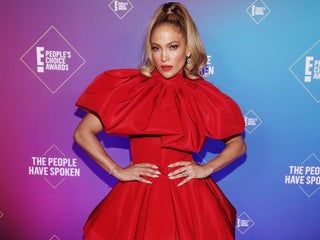 Demi Lovato hosted the People’s Choice Awards on Sunday at The Barker Hangar in Santa Monica, California. She wore five different outfits throughout the night, all of which were covered in sparkles. Some of her looks included dazzling gowns with plunging necklines and thigh-high slits. Lovato’s other ensembles included a […] 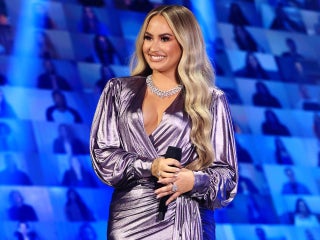 Ellen DeGeneres won best daytime talk show at the People’s Choice Awards on Sunday night and dedicated the win to her “amazing” staff and crew. “I am not only accepting this award for myself, I’m accepting it on the behalf of my amazing crew, my amazing staff who make this […] 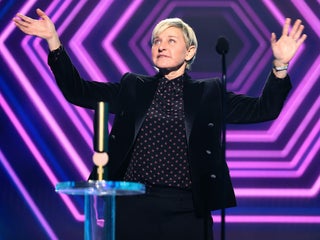 While hosting the People’s Choice Awards on Sunday, Demi Lovato joked about getting “unengaged” to former fiancé Max Ehrich. In her opening monologue, Lovato spoke about her year in lockdown: “I reached the end of Instagram four times. I binged seven seasons of ‘Pretty Little Liars.’ Got unengaged and then […] 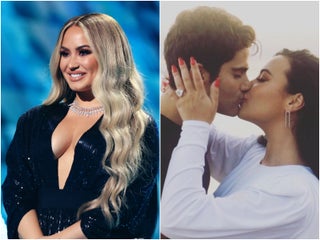 Blake Shelton won the award for favourite country artist at the E! People’s Choice Awards on Sunday. He was the last person at his table to be honoured with an award. He was sitting with his girlfriend, Gwen Stefani, who was awarded the fashion-icon award; Jimmy Fallon, who took home […] The nominees for the 2019 People’s Choice Awards included a variety of celebrities, including Zac Efron, Brie Larson,Beyoncé, and Kit Harington. Shows like “Game of Thrones” and films like “Avengers: Endgame” also garnered several nominations, but it was “Stranger Things” that ended up winning big. Stars like Zendaya and Cole […] On Sunday, Mila Kunis attended the People Choice Awards wearing a minimalist outfit that looked straight out of the ’90s. The actress walked the red carpet in a black midi dress from Australian fashion designer, Alex Perry. The fitted slip dress features thin double straps and a straight neckline, two […]

Kim Kardashian West wore a vintage Jean Paul Gaultier dress to the People’s Choice Awards on Sunday. The sheer dress featured a swirling optical illusion design. The star used her acceptance speech to acknowledge the mass shooting in Thousand Oaks, California and the wildfires that have caused many to lose […]

Kris Jenner wore massive sunglasses all night during the People’s Choice Awards on Sunday. Fans on Twitter were quick to screenshot her look onstage and call her a “mood.” Even Kendall Jenner and Khloe Kardashian both seemed to poke fun at their mum onstage. Later, they posted photos of her […]

On Sunday night at the Barker Hangar in Santa Monica, California, Nicki Minaj won the E! People’s Choice Award for female artist of 2018. During her acceptance speech, she thanked her team and fans for their support, and included a NSFW comment directed at her celebrity crush, Michael B. Jordan […]

Victoria Beckham accepted the first ever Fashion Icon Award at the 2018 People’s Choice Awards on Sunday. Beckham took a moment during her acceptance speech to pay tribute to the Spice Girls, who recently announced they would be going on tour without her. “So many years ago I started with […]

VIDEO: While remembering his friend and co-star, Diesel started singing "See You Again." This guy imitated Kanye and crashed the People’s Choice Awards, then got the boot from Sharon Osbourne

Don't mess with the women of CBS's "The Talk...