See inside the most expensive apartment in LA history that just hit the market for $125,000 per month, featuring a private rooftop pool and a rock climbing wall

The 19,000 square foot penthouse was designed by Robert Bailey and has 6 beds, 11 baths, as well as a fitness studio, steam room, and sauna. 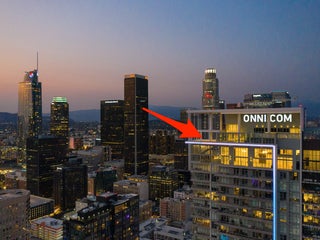 If sales continue at the same pace, Manhattan could see over 500 penthouse sales in 2021, a feat the city hasn't seen since 2007. 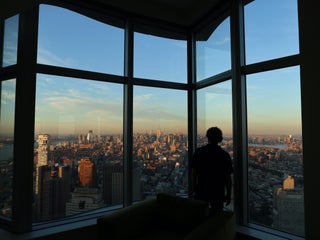 Singapore’s biggest penthouse just hit the market for $104 million, and it’s made up of 5 combined residences. Take a look inside. 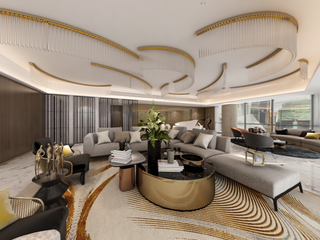 I toured a $24.5 million penthouse in New York’s iconic ‘Jenga Building’ and found the interior had a different look than its sharp, boxy silhouette did — here’s a look inside

New York City’s 56 Leonard – or the “Jenga Building” – has a well-earned nickname and a very distinctive look: It looks like a set of haphazardly stacked blocks, towering over downtown Manhattan. The building is located in Tribeca, the most expensive ZIP code in New York City. The last […] An NYC penthouse once owned by Demi Moore just hit the market for $50 million, and she’s just one of the celebs who have called the iconic Central Park building home. Here’s a look inside.

A New York City penthouse that once belonged to actress Demi Moore has hit the market for $US50 million, Katherine Clarke reported for The Wall Street Journal. Moore bought the home with her ex-husband, Bruce Willis, in 1990 from Robert Stigwood, a film producer and manager for the Bee Gees. […] 9 outrageous amenities in NYC celebrity homes, from Meryl Streep’s wraparound terrace to the VIP elevators in a building Meg Ryan and Jake Gyllenhaal have called home

New York City has long been a mecca for celebrities. In trendy neighbourhoods like Tribeca and Soho, celebs live in “paparazzi-proof buildings” and multimillion-dollar penthouses with lavish amenities. Celebrity apartments in New York feature some outrageous amenities, from Meryl Streep’s wraparound terrace at her Tribeca penthouse to Taylor Swift’s indoor […] The Dyson founder James Dyson recently set Singapore’s real-estate record by purchasing a $US54.2 million penthouse, according to Singapore’s Business Times newspaper. The penthouse, in the tallest building in Singapore, boasts an infinity pool, a barbecue pit, a hot tub, and a private elevator, according to Bloomberg. Early this year, […] NYC has a penthouse problem, LA has a mansion problem, and Miami has a condo problem

Miami has a surplus of condos and lack of foreign buyers thanks to economic forces, climate change, and buyer preferences, reported Candace Taylor for The Wall Street Journal. Luxury real-estate is also lingering on the market in New York City, which has too many penthouses, and Los Angeles, which has […] There’s a little-known world of “whisper listings” in New York City’s most exclusive real-estate circles. Word-of-mouth “whisper listings” give wealthy buyers access to penthouses and homes that aren’t listed online, The New York Post reported. These secret listings reportedly include a $US110 million penthouse in the Woolworth tower and an […] Vietnam is the next luxury real-estate hotspot, Bloomberg reported. An explosion of new luxe developments, fuelled by a strong economy and legislation that made it easier for foreigners to buy property, is attracting wealthy international buyers. These swanky condos, popping up in Ho Chi Minh City on “Saigon’s Wall Street,” […] 5 terms to look for instead of ‘penthouse’ if you’re on the hunt for a luxury apartment with a unique layout, high ceilings, or outdoor space

The penthouse apartment is not necessarily the most luxurious apartment in a building. Several other types of properties offer similar features and value. If you’re looking for elements such as unique layouts, high ceilings, and outdoor space, keep an eye out for terms such as “maisonette,” “garden apartment,” and “sky […] 7 surprising features that can make an apartment a penthouse, even if it’s not on the top floor

Today’s “penthouse” is no longer just the traditionally-defined top-floor apartment of a residential building. Today, real estate brokers call apartments penthouses if they possess certain sought-after features that include unique layouts, ample outdoor space, high ceilings, and fantastic views – even if they’re not on the top floor. Other surprising […] A $68 million Miami penthouse could shatter Florida’s real-estate record, but its building might soon be underwater

A $US68 million Miami penthouse could shatter Florida’s real-estate record, but it’s in a building that’s vulnerable to sea-level rise. The building, called Eighty Seven Park, is at risk of chronic flooding within 30 years. Though Miami sea levels are rising at faster rates than in other areas of the […] A penthouse is traditionally known as the top-floor unit of a luxury residential building. But the definition of a penthouse is changing, Steve Gold, a luxury real estate broker and star of “Million Dollar Listing New York” told Business Insider. Now, “penthouse” is usually more of a marketing term that […] NYC luxury real estate just had its slowest month in 6 years. Some developers are chopping up multimillion dollar penthouses into multiple smaller apartments to get them off the market.

After a brief boom in luxury condo sales to beat a new tax hike, the high-end real-estate market in New York City hit its lowest point in six years in July, according to The Wall Street Journal. The city has a surplus of exorbitantly expensive, ultra-luxury penthouses. Many of them […] An $US82 million penthouse in New York City’s tallest residential building has finally sold after sitting on the market for more than two years. It sold after it was split into two separate units and was given a $US21 million price total price cut. The split units sold for $US30.7 […] These days, many richNew Yorkers don’t seem to care about the prestige of living in a penthouse apartment. New York City is seeing an overabundance of penthouse units on the market, with a 16% uptick in listings in October compared with the same month last year. The surplus means real-estate […] A SoHo penthouse once asking $65 million just sold for nearly 50% off — and it still broke a real-estate record. Look inside the Manhattan loft.

A three-story SoHo penthouse just sold for $US35.14 million, making it the most expensive home ever sold in the neighbourhood, Katherine Clarke reported for The Wall Street Journal. It sold for a roughly 46% discount from its original asking price of $US65 million. The 8,000-square-foot penthouse is located in the […] 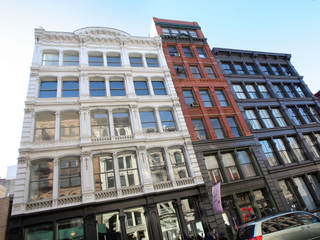 Inside Los Angeles’ most expensive apartment rental — a two-story penthouse with a heated rooftop pool and a $130,000-a-month price tag

The most expensive apartment for rent in...