Former Parkland students sue school and county officials, alleging they knew the gunman was a threat and could have stopped the 2018 massacre

Four of the students alleged that they suffered "extreme mental anguish and associated psychological trauma" as a result of the shooting. 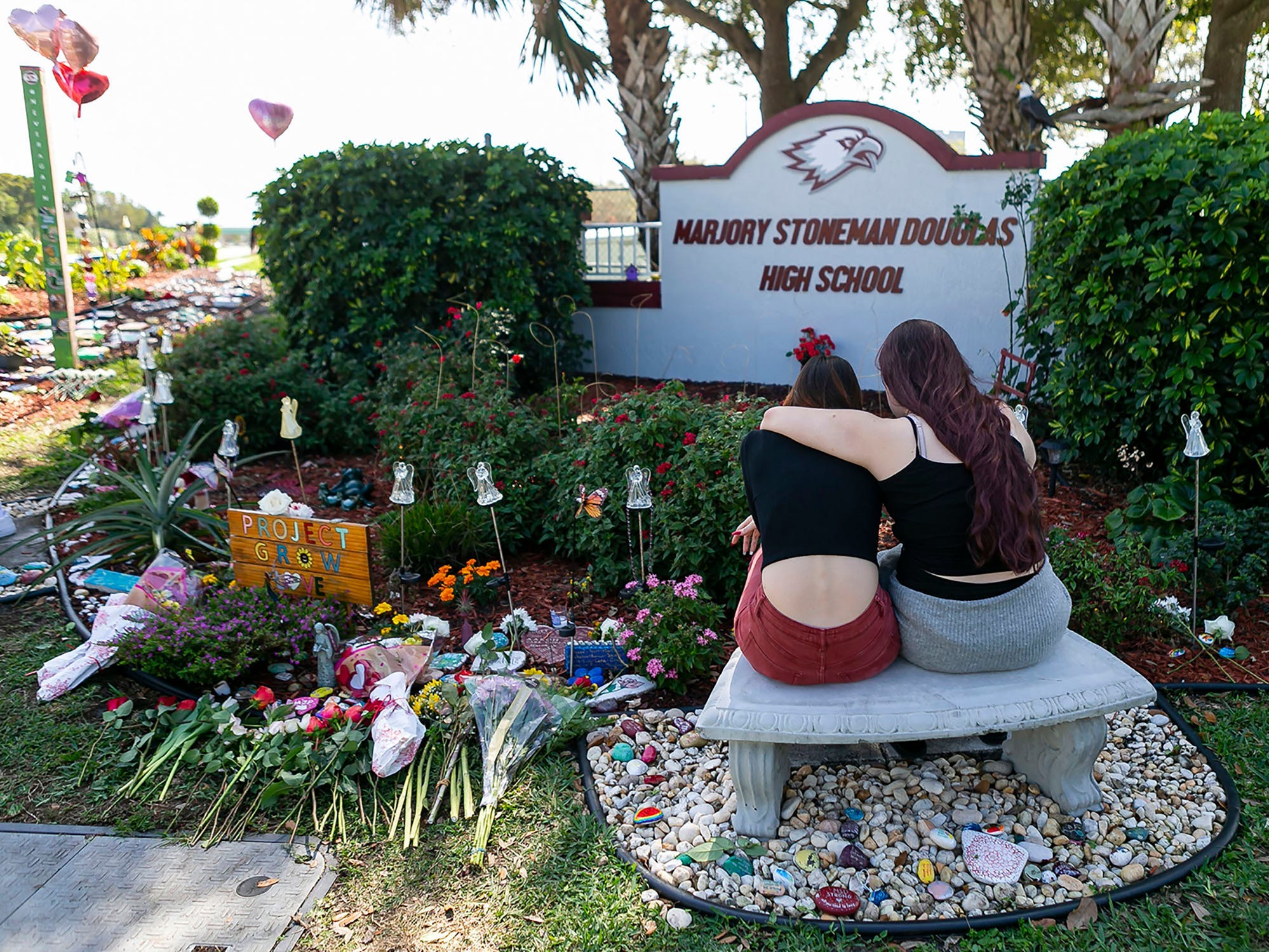 The survivor of the 2018 school shooting in Parkland, Florida, told VICE News that his dad became engrossed in QAnon during the COVID-19 pandemic. 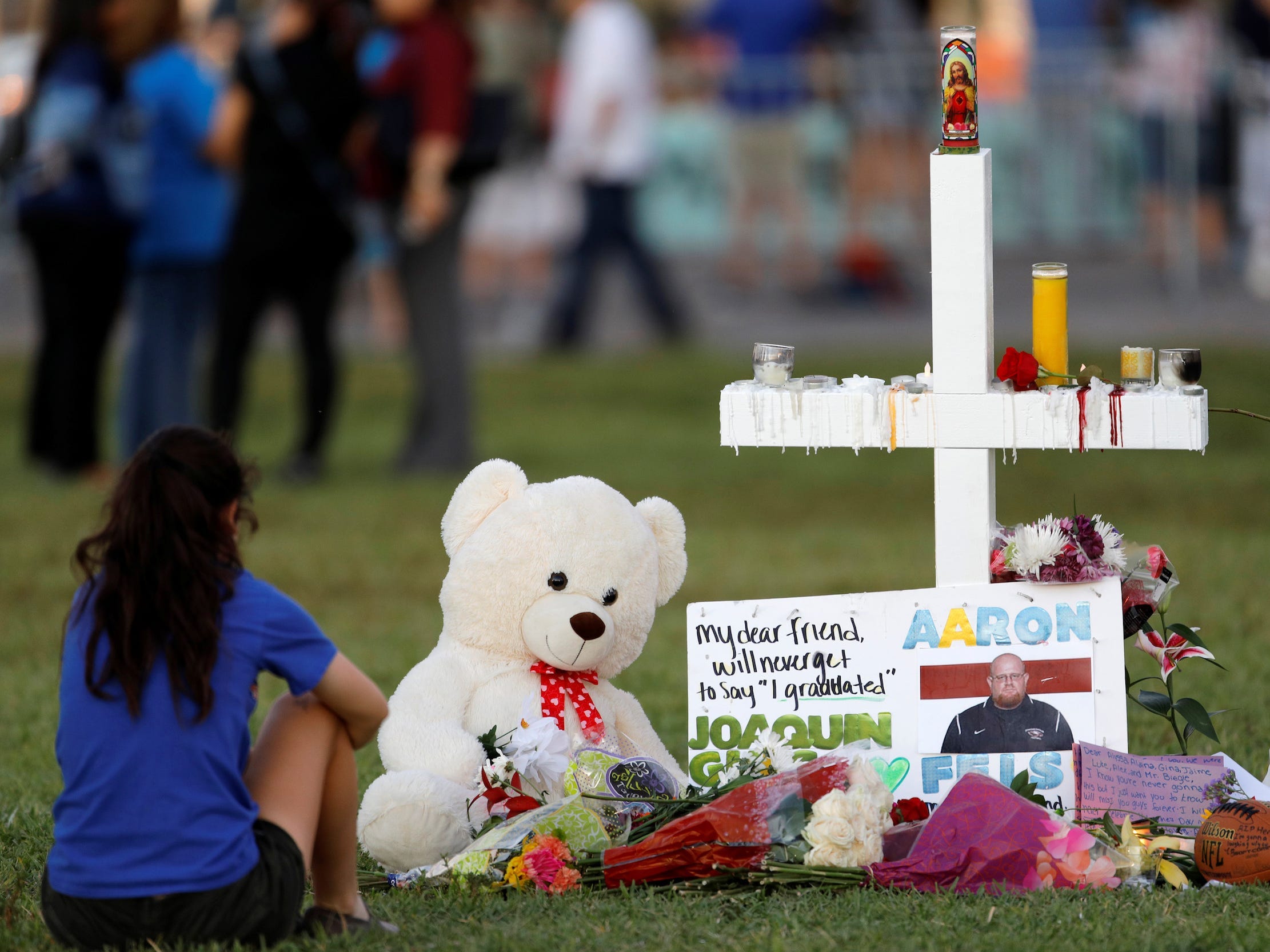 Video resurfaced on Wednesday shows Marjorie Taylor Greene harassing David Hogg in 2018. Greene is seen following the Parkland shooting survivor as he walks toward the Capitol. She also called him a “coward” and said his silence is evidence he can’t defend his gun-control stance. Visit Business Insider’s homepage for […] 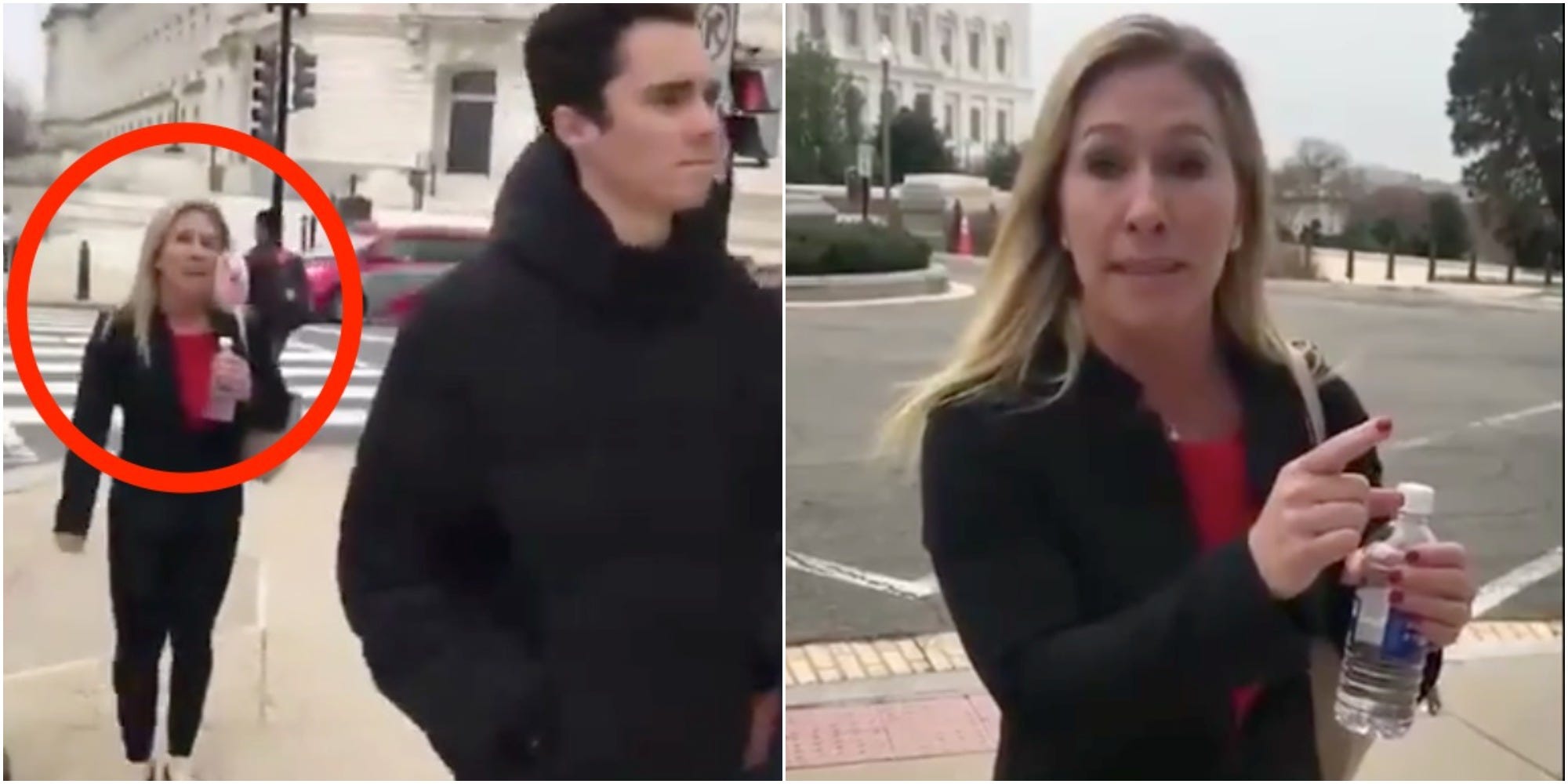 Fred Guttenberg, the father of Jamie Guttenberg, who was killed in the Parkland school shooting in 2018, was escorted out of President Donald Trump’s State of the Union address. Guttenberg, who had been invited by House Speaker Nancy Pelosi, yelled out after Trump spoke about the importance of gun rights. […]
News Oct. 25, 2019, 3:44 AM

Senate Republicans have introduced a bill intended to combat school shootings by incentivising schools to surveil students and monitor their online activities. The bill, introduced by Sen. John Cornyn of Texas, would also expand the scope of the information that online platforms are allowed to share with authorities. Researchers have […] Two mass shootings over the weekend – in El Paso, Texas, and Dayton, Ohio – claimed the lives of 31 people. Dozens more were injured. In the wake of the latest mass shootings, which are part of an ongoing crisis in the United States, President Trump pointed to everything but […]
News Jul. 20, 2019, 6:54 AM The 1999 mass shooting at Columbine High School transformed the way American schools and law-enforcement agencies prepare for violent or deadly incidents. Though school shootings are still relatively rare, fear that one could occur has sparked a number of preventative efforts – some that have saved lives, and others that […]

‘I’m proud of all of them’: Barack Obama praises Parkland survivors for campaigning for gun reform

Barack Obama has said he’s proud of every Parkland mass shooting survivor for pushing for nationwide gun reform. Obama tweeted the message on Thursday, the one year anniversary of the shooting. He wrote: “Students of Parkland refused to settle for the way things are and marched, organised, and pushed for […]

Rep. Matt Gaetz drew a vocal backlash from two fathers of Parkland shooting victims during a heated congressional hearing on gun legislation Wednesday. Gaetz said a border wall was the more effective safety solution to preventing violence in the US. Manuel Oliver and Fred Guttenberg, the fathers of Joaquin Oliver […]
News Jan. 6, 2019, 5:38 AM

How to stop shootings in America: 10 strategies proposed to stop gun violence, and how likely they are to work

On Wednesday, the state commission investigating the Parkland shooting released a draft report on its findings. The report calls for an internal review of seven Broward County Sheriff’s deputies who allegedly didn’t respond to the massacre fast enough. It also suggests several security upgrades to the school that – if […]

Google took a look back on the people, topics, events, and places that trended the most on search as part of its 2018 “Year in Search” series. We looked at the top results for the search, “Where is…” The most trending queries involved natural disasters, world events, and unexpected people […]
News Jun. 7, 2018, 5:57 AM

The former Florida deputy who was labelled a “coward” after the Parkland shooting broke his silence about President Donald Trump’s comments. Trump had vehemently criticised the deputy, Scot Peterson, for failing to confront the gunman who killed 17 students and staff members. Peterson told the “Today” show that Trump “wasn’t […]
Tech May. 14, 2018, 5:31 AM

Apple CEO Tim Cook gave a commencement speech to new graduates of Duke University on Sunday. He says that despite major issues like inequality, climate change, and political division, technology has made this ‘the best time in history to be alive.’ Cook also encouraged Duke grads to be ‘fearless,’ like […]
News Apr. 5, 2018, 11:16 AM

Anthony Borges, who was shot five times while shielding his fellow classmates with his body during the February 14 shooting at Marjory Stoneman Douglas High School, has finally been released from the hospital. Borges is the last of the injured to be discharged, nearly two months after the devastating school […]
News Apr. 2, 2018, 3:09 AM

Russia-linked Twitter accounts are rallying in support of Fox News host Laura Ingraham after she drew scorn for mocking Parkland shooting survivor David Hogg’s grades on Twitter. According to one website that tracks Russian propaganda on Twitter in near-real time, the hashtag #istandwithlaura saw a 2800% jump in 48 hours. […]
Next Page »