The man was hospitalized in Massachusetts with a seizure and spoke gibberish. Doctors said he had carried a tapeworm without symptoms for 20 years. 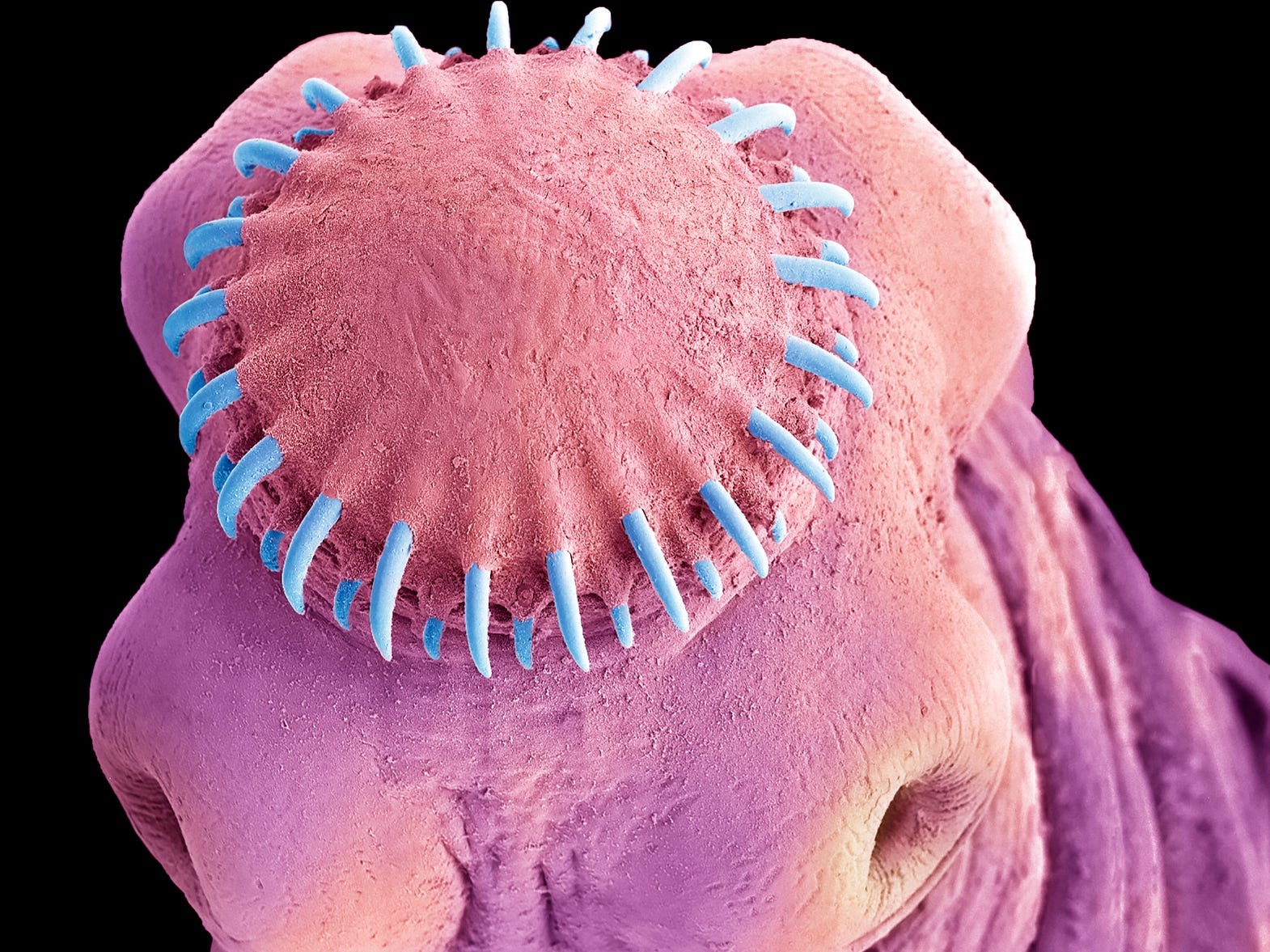 TikTok users said they found dead worms in their poop after using a digestive supplement called ParaGuard to flush out their system. 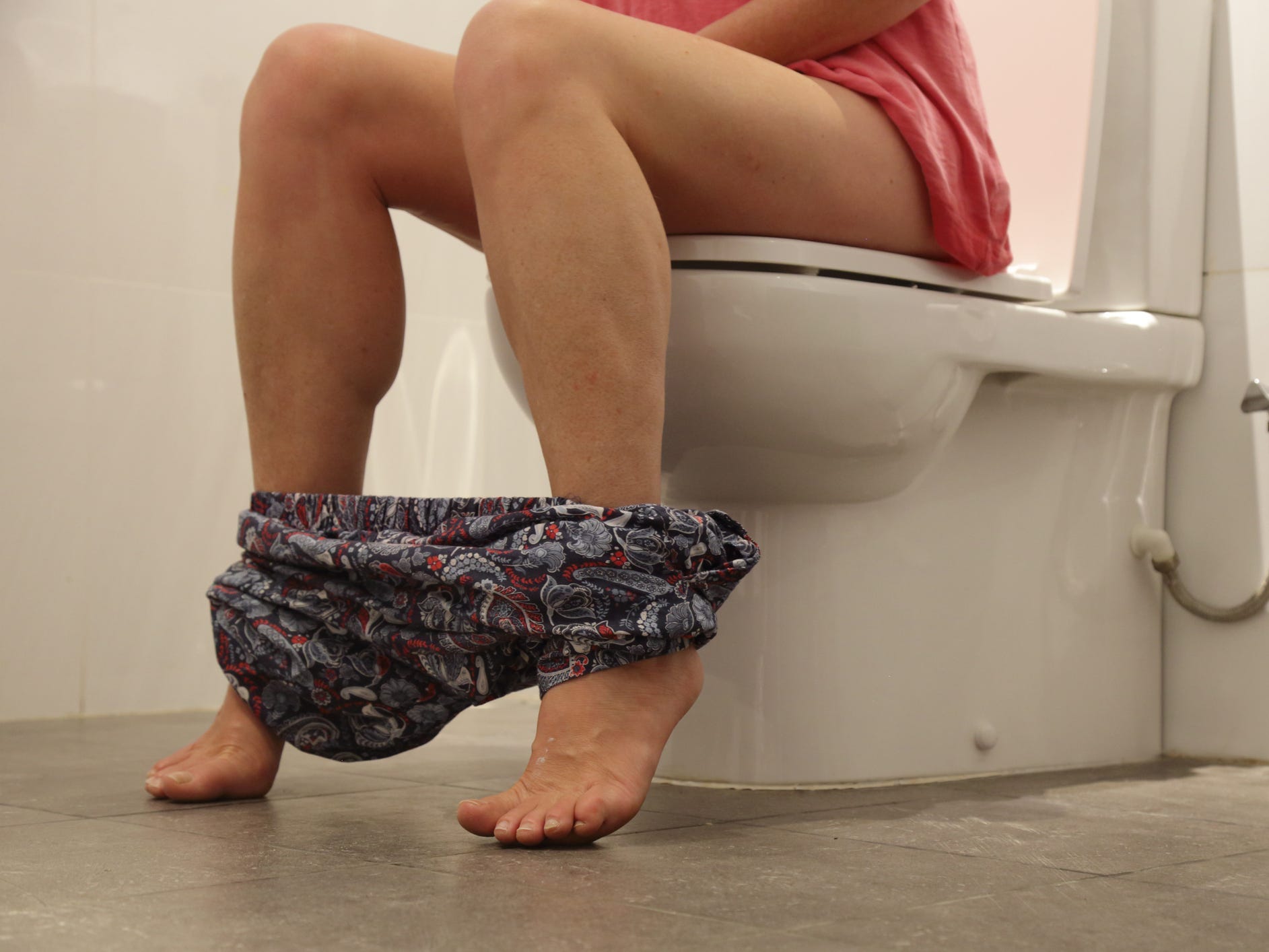 People are self-medicating with an unproven horse-deworming drug because they falsely think it cures COVID-19. They're having unusual bowel movements. 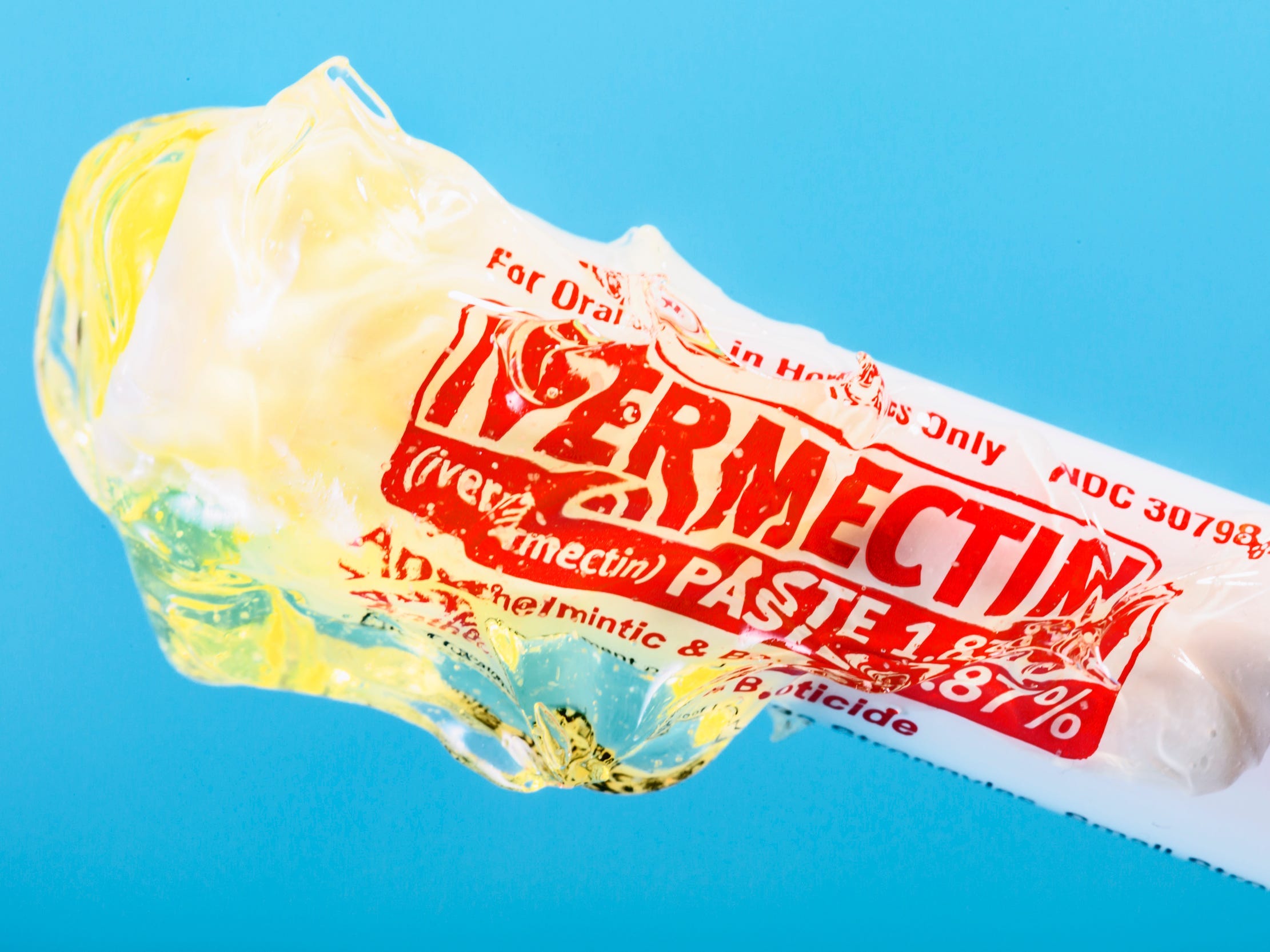 A scientist won $1.8 million to study how parasitic worms suppress our immune systems with venom to live inside us undetected

Nearly a quarter of the world’s population is infected with parasitic worms called nematodes. Some of these parasites can cause blindness or death. But our bodies’ immune systems often have no idea they been invaded because the nematodes release a venom that cloaks their presence. The NIH recently awarded parasitologist […] 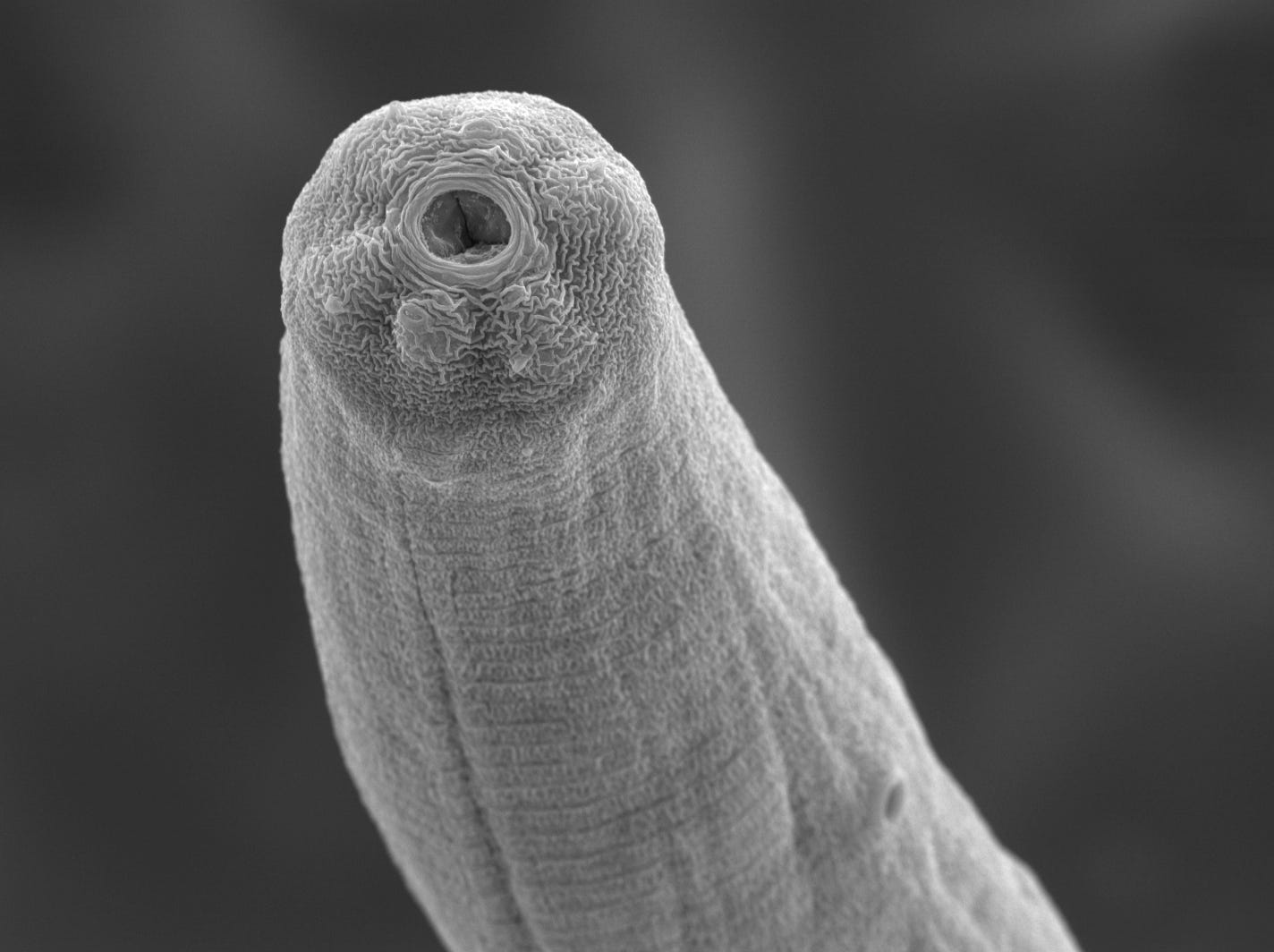 Zombie cicadas in the US lure victims with promises of sex before passing on a deadly, mind-controlling parasite

Male cicadas infected with a particular parasitic fungus lose their minds and go on a mating frenzy – even as the fungus causes their genitals to rot. These insects have reemerged in West Virginia. Researchers nicknamed them “flying salt shakers of death.” A new study examined how the fungus manipulates […] 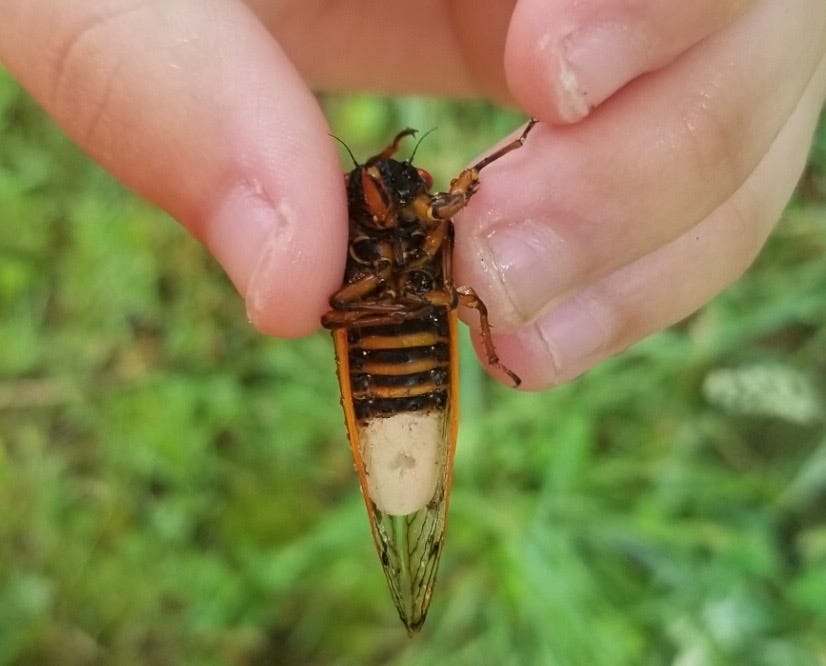 A 25 year-old woman in Tokyo went to the hospital complaining she’d had a sore throat for five days after eating sashimi. Doctors found a black worm over an inch long inside her tonsil. Experts identified the worm as Pseudoterranova azarasi, a type of parasitic roundworm that can infect humans […] 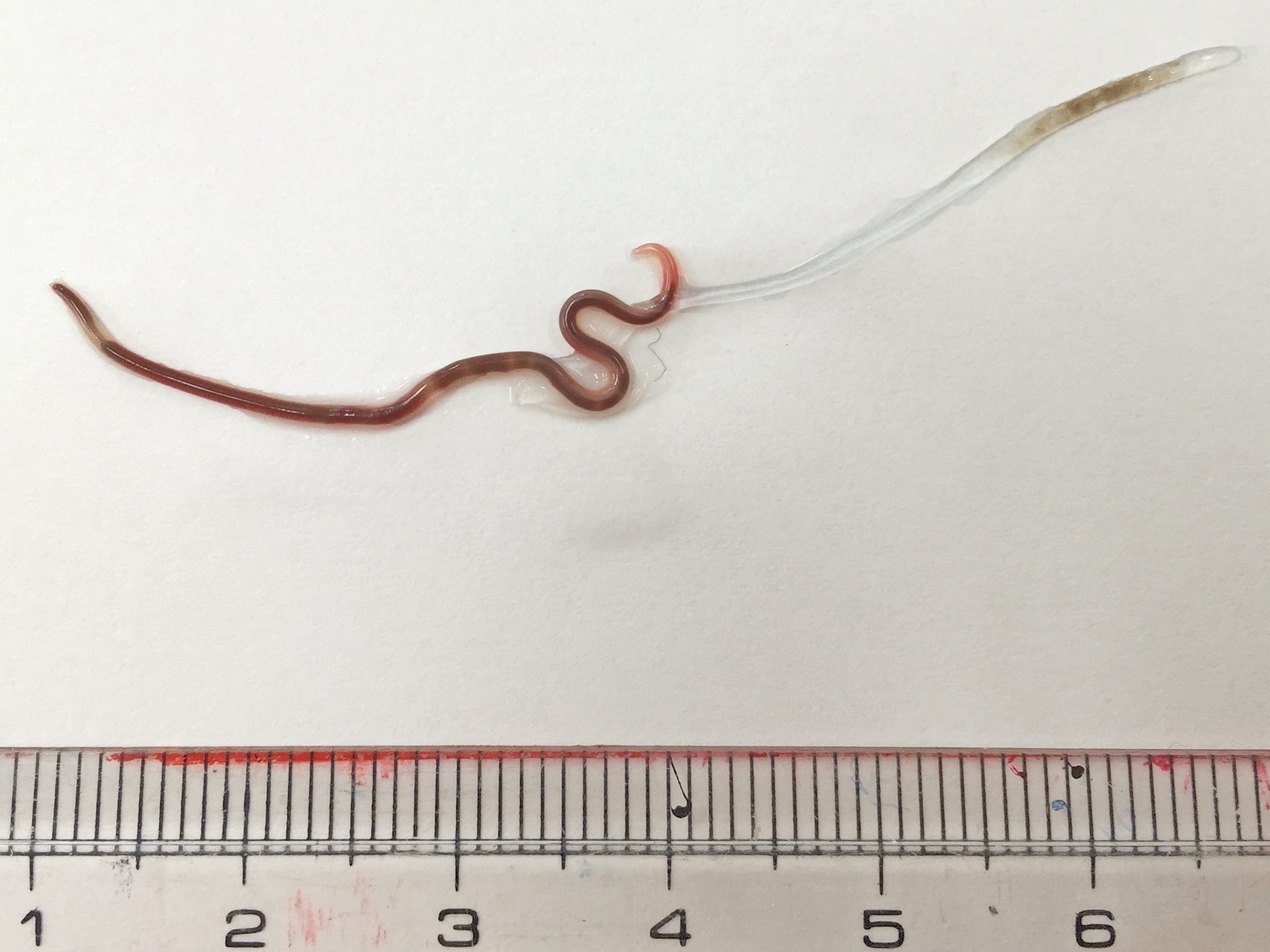 The bugs that lay eggs all over your body

Some bugs and parasites spend part of their life cycles in nice, warm human bodies. Human botflies, for example, lay eggs in mosquitoes. When the mosquito bites, the eggs hatch, allowing the larvae to wriggle into your skin and form a pus-filled pimple. Meanwhile, green bottle flies lay eggs directly […] 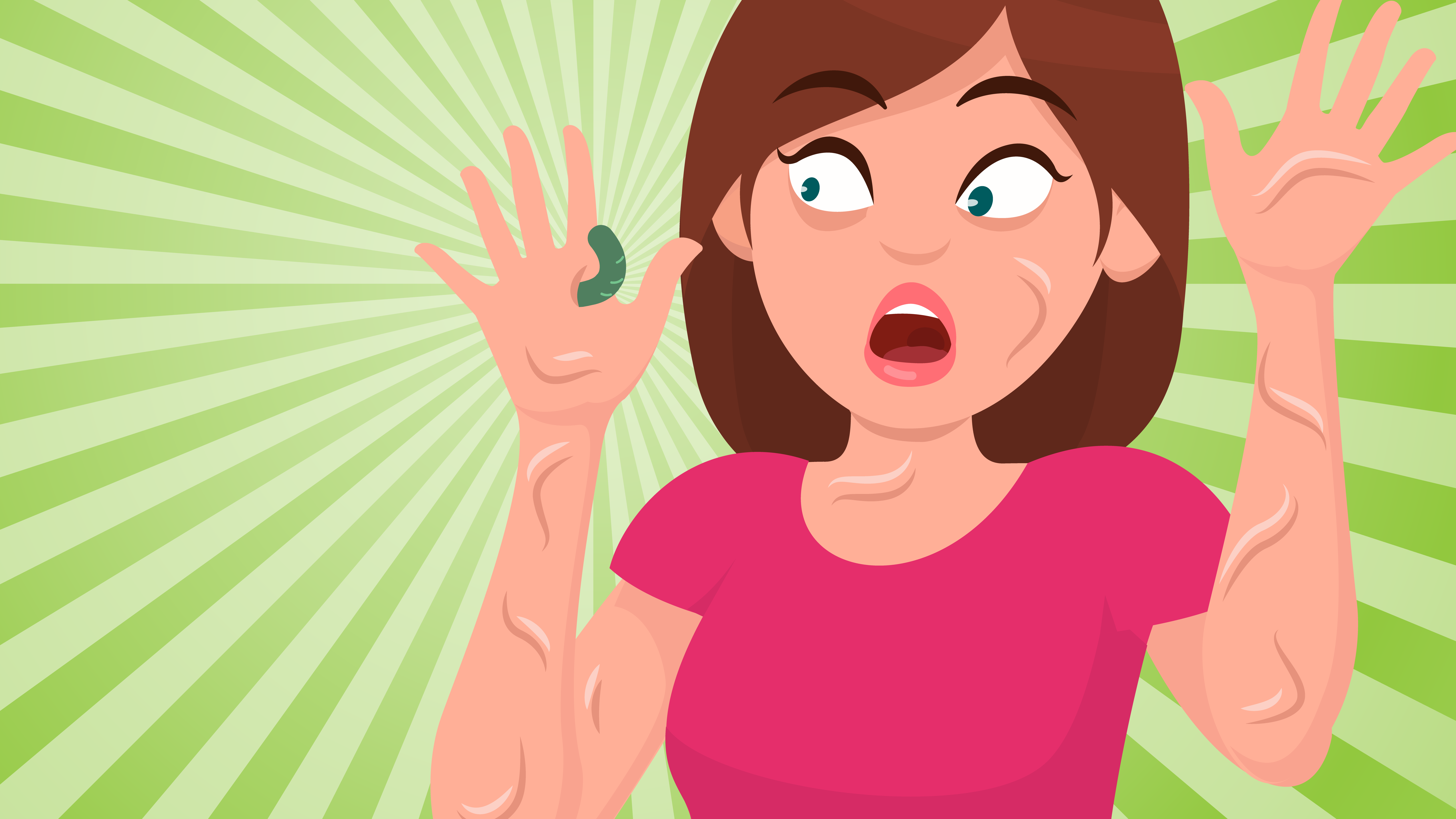 A woman pulled a half-inch-long worm out of her eyeball after a trail run, and then found 3 more

A 68-year-old woman contracted a parasitic infection after a trail run in California, causing half-inch worms to come out of her eyeballs. She is the second known person to be infected by these parasites, known as Thelazia gulosa, which typically infect cattle. The infection was likely caused by a swarm […] A woman went blind after showering with contacts in, and an eye doctor says it’s because a contact lens is a ‘sponge’ for fungi and amoebas

A woman in the UK became legally blind as a result of a severe parasitic infection caused by wearing her contacts in the shower, according to a new report in The New England Journal of Medicine. At least one other similar case in the UK has been reported: a 29-year-old […] A new comprehensive study of the rat lungworm parasite tallied 82 human cases between 2007 and 2017. Two of them were fatal. Scientists know the disease is spread through mollusks like snails and slugs, but it’s not clear how it gets from there into the human body. Once in the […] Doctors found that a teenage boy’s brain was infected with tapeworm eggs when he came to the emergency room after having intense seizures. Doctors diagnosed him with neurocysticercosis, a parasitic disease that occurs when a person accidentally ingests tapeworm eggs, usually from consuming undercooked food or contaminated water. Although the […]

A dangerous parasitic illness spread by bugs that bite people’s faces at night is spreading in the US, doctors warn

Chagas disease is a nasty parasitic illness spread by bites from bloodsucking triatomine bugs. These bugs climb on people’s faces at night to feed, biting eyes and lips, which is why they’re sometimes called “kissing bugs.” If the disease is not treated, 30% of patients can develop potentially life-threatening heart […]
News Aug. 7, 2018, 3:37 AM

The cover of a medical journal published by the Centres for Disease Control features a haunting image of a human eye covered in parasitic worms. These worms, known as Loa loa or African eye worms, are parasites that infect approximately 12 million people. The artist who created the cover image […]
News Aug. 2, 2018, 2:36 AM

A foodborne illness has sickened at least 395 people who ate at McDonald’s, and forced recalls from Trader Joe’s and Walgreens — here’s what to know about cyclosporiasis

Cyclospora is a parasite that causes a nasty form of foodborne gastrointestinal illness. Symptoms include diarrhoea, vomiting, nausea, fatigue, weight loss, gas, and cramping. A recent outbreak of cyclosporiasis has been traced to a lettuce supplier in the Midwest and first infected McDonald’s customers. The US Department of Agriculture has […]
News Mar. 1, 2018, 8:58 AM

New Jersey health officials got an unpleasant surprise when they found a sheep infested with hundreds of ticks from an East Asian species that can clone itself. The ticks are from the Haemaphysalis longicornis species, an invasive pest that has been known to appear in such numbers that they have […]
News Feb. 14, 2018, 8:05 AM

An Oregon woman whose eye was red, scratchy, and irritated eventually found that she had been infected by parasitic worms. Doctors were shocked when they realised she had Thelazia gulosa worms, which were previously known to infect only cattle. She may have gotten infected through exposure to flies carrying the […]
News Jan. 30, 2018, 9:52 AM

After returning from a vacation in the Dominican Republic, a Canadian couple realised they’d acquired a cutaneous larva migrans, or hookworm, infection. The infection was most likely caused by walking barefoot in a place where animals infected with the parasites had defecated. Hookworm infections are very treatable, but more than […]
News Dec. 14, 2017, 1:39 AM

A new study of a fossil from Burma reveals a tick grasping a dinosaur feather, providing our first evidence that ticks preyed on dinosaurs. Scientists also found a new species of tick –Deinocroton draculi, or “Dracula’s terrible tick” – that fed on dinosaur blood. Unfortunately, the “Jurassic Park”-style extraction of […]
News Sep. 28, 2017, 12:30 AM