Mitch McConnell won’t risk his Senate leadership by forcing fellow Republicans to back a big stimulus bill, as he expects President Donald Trump to lose in November, Ian Shepherdson, Pantheon Macroeconomics’ chief economist, said on Thursday. “McConnell expects Trump to lose, and therefore, for him to spend political capital to […] 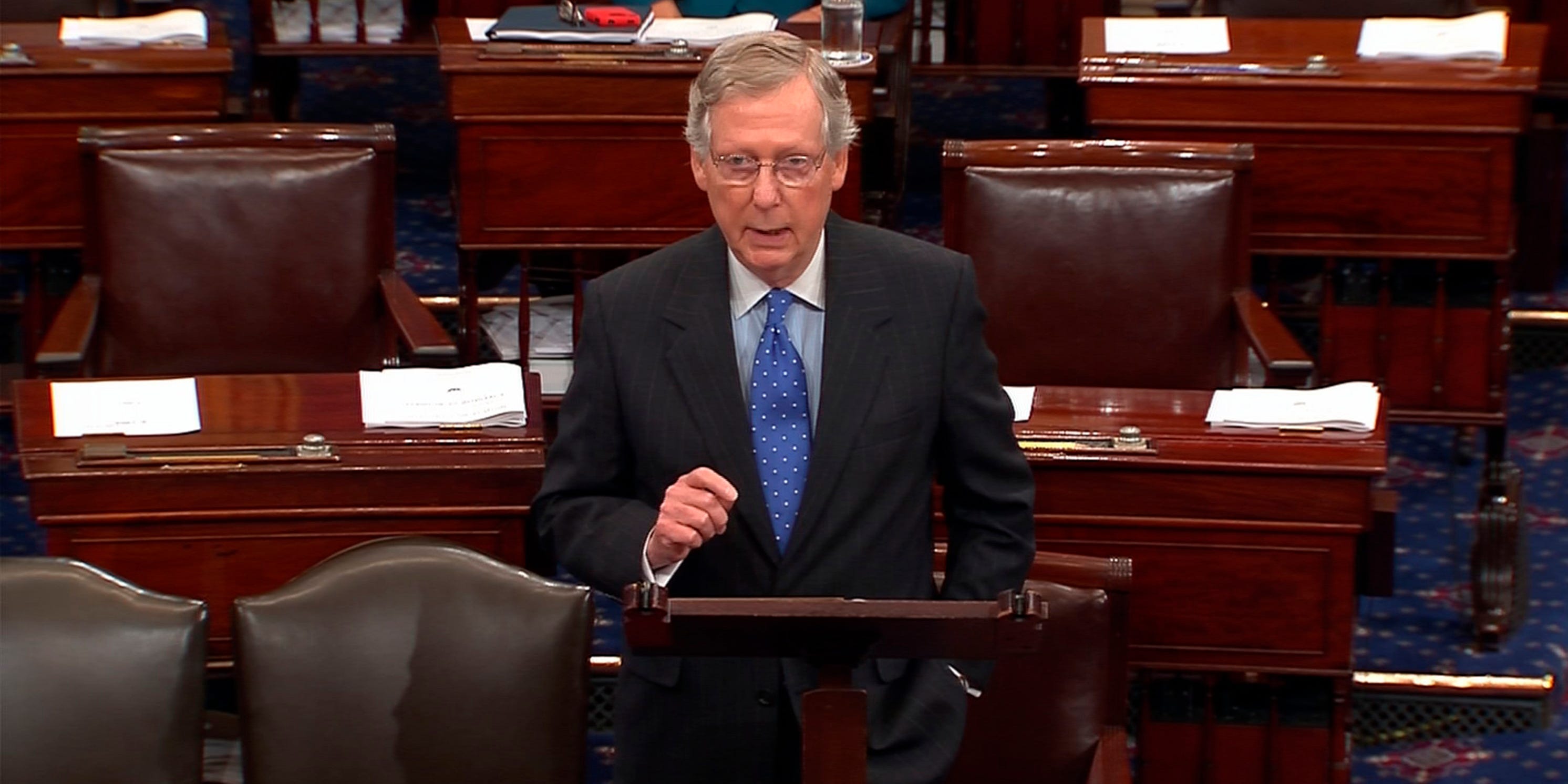 The Conference Board’s Consumer Confidence Index surged to 101.8 in August from 86.3 as Americans turned more hopeful toward the US economic recovery. The increase is the biggest one-month jump in 17 years and follows back-to-back declines through the summer. The index of present situations jumped to 98.5 from 85.8. […] 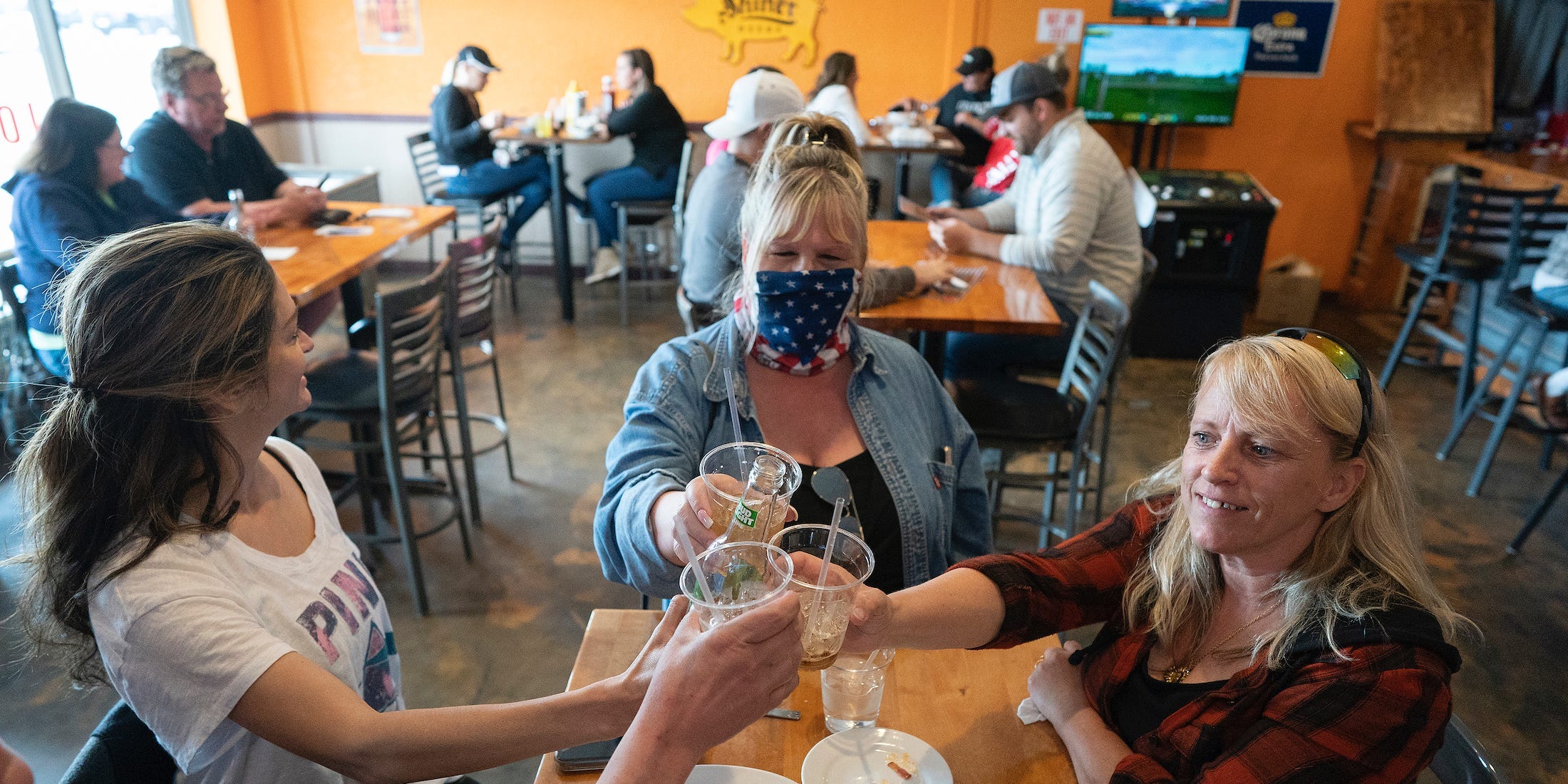 There’s growing evidence that economies which fought coronavirus aggressively at the start of the pandemic are bouncing back faster than those slow to act. Just look at Germany and Vietnam.

A growing body of evidence in the form of economic indicators suggests that the countries that locked down the fastest and in the most aggressive fashion at the start of the coronavirus pandemic are seeing the quickest economic recoveries. Germany and Vietnam are two economies that locked down rapidly early […] 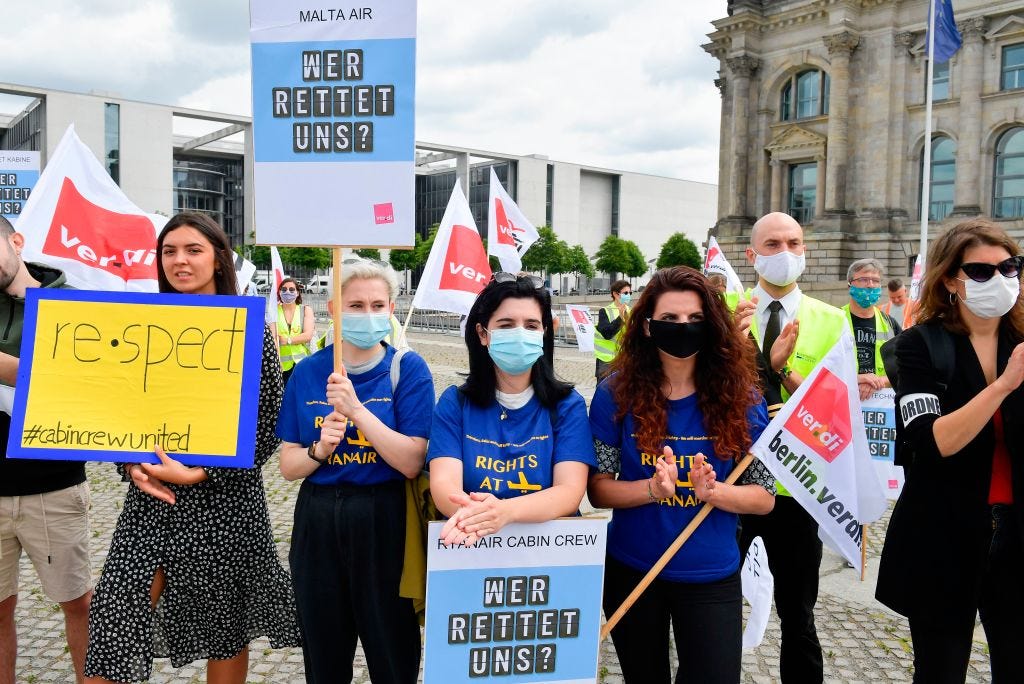 China’s economy has bounced back from coronavirus in a V-shaped recovery, but ‘now comes the hard part,’ analysts say

Chinese industrial production bounced back in a ‘V-shaped’ recovery in April, but research shows its momentum is likely to fade in the short-term. A global rebound may be impacted by slow-moving investment in sectors reliant on household spending, according to Pantheon Macroeconomics. China’s industrial output rose 3.9% in April year-on-year, […] 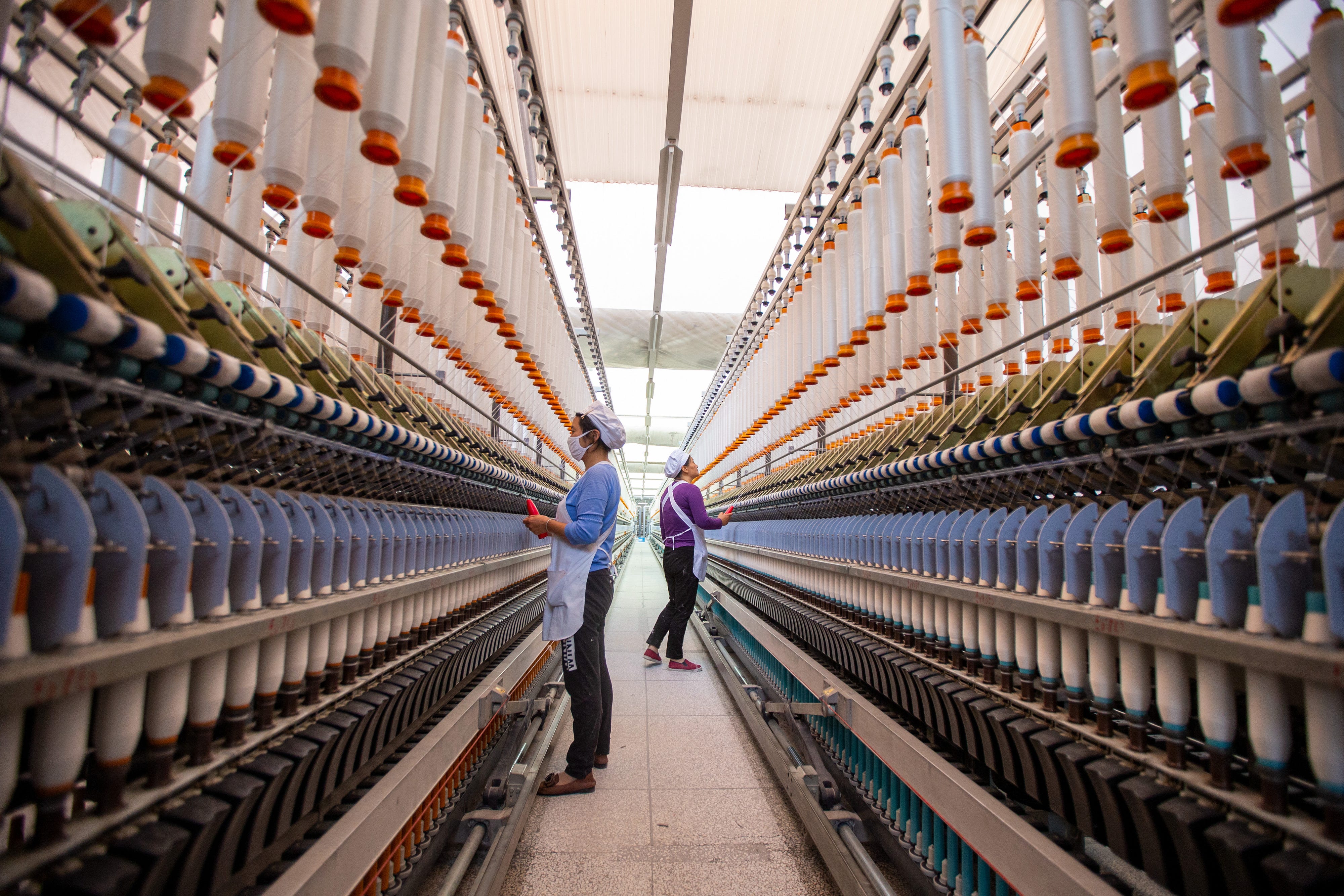 2 charts show how the coronavirus is spreading faster outside China, and the next wave of catastrophe could be across Europe The US share of world exports is slipping, and Trump’s China spat has led to an ‘alarming’ slump in global trade

America’s share of global exports has slid over the last year, as the trade war has taken its toll on global trade according to Pantheon Macroeconomics. The economics firm said in a note that America’s trade deficit is likely to go up, as China’s slowdown and the trade war has […] The American economy looks to be at a turning point, as data from a variety of sources seems to point towards a slowdown in the economy. ISM manufacturing data released this month made for gloomy reading about America’s industry, while job growth continues to decline. These charts sum up the […] On Friday, US employers added 13o,000 jobs in August, a surprise miss from an expected 160,000. Bank of America says that in terms of seeing short term trends, i.e. within six months, payrolls act as a better barometer than the yield curve in predicting a downturn. The bank said in […] Ignore Trump on jobs — ‘A real slowdown is coming’ even if payrolls crush it, says Pantheon Macroeconomics

Pantheon Macroeconomics expects a robust 180,000 jobs were added to the US economy in August. But “a slowdown is coming,” and likely to hit in November, Ian Shepherdson, Chief Economist at Pantheon Macroeconomics, wrote in a note on Friday. Our expectation of sub-100,000 payrolls by late fall suggests the very […] South Korean exports, a data set often held up as a so-called “canary in the coalmine” for the health of the global economy are only going to suffer more as the year goes on. That’s according to Freya Beamish, chief Asia economist at Pantheon Macroeconomics. “We’ve only just begun to […]

‘Verdammt’: Just when you thought the worst was over, Germany’s economy moved dangerously close to falling ‘over the edge’ into recession

Germany’s economy avoided a recession at the end of 2018, and analysts expected to see improvement this year. But the picture likely got worse at the start of 2019, according to data released Friday. The Ifo Institute for Economic Research’s survey of sentiment in the German economy tanked to a […]

Europe’s mightiest river is drying up, most likely causing a recession in Germany. Yes, really.

Germany probably fell into recession at the end of 2018 as the country’s dominant manufacturing sector faltered. That was most likely due at least in part to an unusual negative factor: a shockingly low water level in the Rhine river. The Rhine is crucial for German industry because it provides […]

President Donald Trump’s newest round of tariffs on $US200 billion worth of Chinese goods adds a new element to the trade war. For the first time, consumer goods are going to be directly hit by the new 10% duty, likely causing an immediate increase in prices for US shoppers. The […] Companies have started stockpiling goods to safeguard against the possibility a disruptive no deal Brexit. Samuel Tombs, the chief UK economist at Pantheon Macroeconomics, says clients have asked him if the stockpiling of goods could actually give a short-term boost to the economy. Tombs is unconvinced and outlines four reasons […]

UK retail sales fell at their sharpest rate since 1995 last month, according to the British Retail Consortium. While the timing of Easter was partly to blame, weakening consumer confidence was the key driver. “Even once we take account of these seasonal distortions, the underlying trend in sales growth is […] The Bank of England is being too pessimistic about the UK’s growth potential in the coming years, according to Pantheon Macroeconomics. Mark Carney and his staff are underestimating the UK’s rate of trend growth. They believe it to be around 1.5%, while Samuel Tombs and his Pantheon team see growth […]

Here’s what Goldman Sachs, UBS and Deutsche Bank are saying about the stock market rout

Global stock markets are selling off amid fears about tightening monetary policy from central banks. Goldman Sachs: The data is “fundamentally good.” We’ve rounded up the analyst reaction from big banks and trading houses. LONDON – Stock markets around the world have been tanking over the last 24 hours, following […]

The best of 2018 may already be over for the pound

The pound has appreciated aggressively against the dollar in 2018, partly down to weakness in the US dollar. Part of its strength has been related to rising market expectations that Britain will avoid a hard Brexit. That means that much of sterling’s rally for the year is over, and sterling […]

Brexit will never happen, according to the only analyst to call the last general election correctly

Pantheon Macroeconomics’ Samuel Tombs argues that Britain won’t actually end up leaving the EU. He believes a transition deal will be agreed and implemented, but once the UK comes to the end of the transition period, Britain will stay in the bloc. That’s because Brexit will be so bad for […]

Rising oil prices will drag on the British...