Graham George Spencer, a British man in his 60s, was attacked by otters in Singapore's famed Botanic Gardens early on November 30. 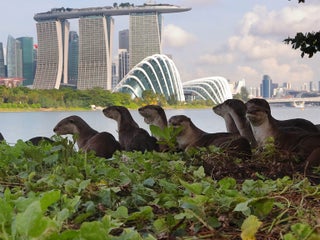 Singapore is being terrorized by the country’s growing population of adorable otters, who’ve eaten thousands of dollars worth of expensive koi fish

Otters are killing thousands of dollars of pricey koi as they move from Singapore's waterways to attacking fish in private ponds. 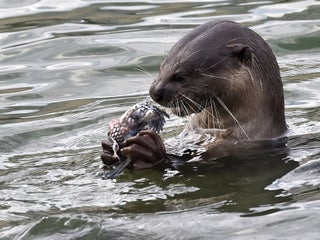 A pack of usually-placid river otters started attacking people in Alaska, and nobody understands why

Three attacks have been reported in east Anchorage. Local officials don't understand what could have triggered the unusual behavior. 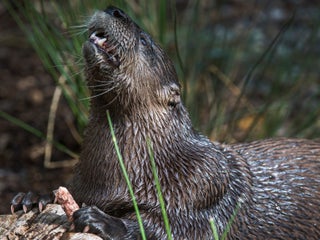 Widowed otters from different sanctuaries found love and moved in together during lockdown, thanks to the internet

After two otters living in separate otter sanctuaries each lost their partners, they found each other and have since coupled up. Pumpkin and Harris are both Asian short-clawed otters, according to a press release SEA LIFE Scarborough animal sanctuary shared with Insider via email. Harris moved from The Cornish Seal […] 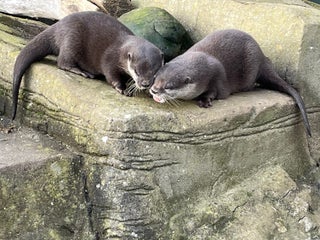 The Cornish Seal Sanctuary in Cornwall, England, made a dating profile for a male otter named Harris in early September after his longtime mate passed away in late August. The online profile included a photo of Harris, along with sweet details about his personality. Harris’ dating profile got a response […] 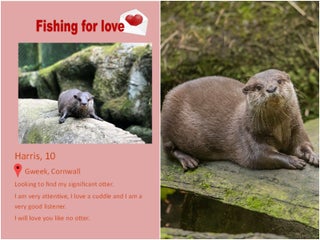 A family of orangutans has become best friends with a group of otters at the Belgium zoo Pairi Daiza. The otters live in a river that runs through the territory where “father” orangutan Uijan and “mother” orangutan Sari live with their 4-year-old son Berani. Pairi Daiza spokesman Mathieu Goedefroy told […] 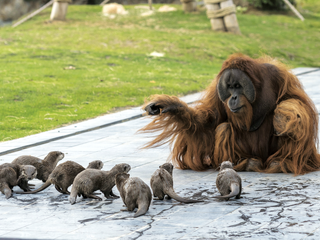 As the planet warms, the average extent of Arctic sea ice is decreasing. According to a new study, that disappearance of Arctic sea ice has enabled a deadly virus to spread among seal and otter populations in the North Atlantic and Pacific Oceans. This disease, called the phocine distemper virus, […] A couple’s proposal was photobombed by a group of otters, and the picture is adorable

Jordan Doyle and Mary Lister were in Singapore when he decided to pop the question. As a wildlife photographer went to take a snap of their special moment, a group of otters swam out of the water to surround the couple. It’s very rare for otters to approach humans. An […]

Giant, wolf-sized otters used to roam around in China

Otters are one of the best animals on Earth....