Lady Gaga participated in a virtual interview for “The Graham Norton Show.” She spoke about wearing a “priceless” 128-carat yellow diamond from Tiffany & Co. at the 2019 Oscars. The singer said that she had security guards following her the whole night monitoring the jewel, which was last worn publicly […] 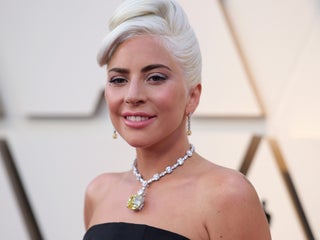 With 2019 quickly approaching its end, and the 2020 awards season on its way, it’s time to take a look back at the best red carpet moments of 2019. These looks dazzled us, made us gasp, and sometimes confused us – and in at least a few scenarios, all three […] “Green Book” won Best Picture at the 2019 Academy Awards. The Oscar-winner has been described as a “white saviour” movie, a movie that features a white character saving people of colour from situations they couldn’t save themselves from. These films often reinforce the idea that racism is largely gone today […] 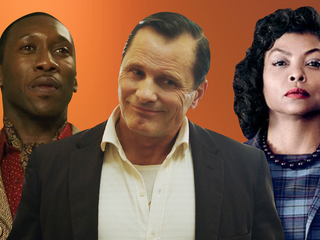 The director Steven Spielberg plans to lead a campaign to change Oscars rules to limit streaming services like Netflix from competing. Netflix responded to Spielberg’s criticism on Twitter on Sunday: “We love cinema.” Spielberg’s war on streaming represents a larger debate about Netflix at the Oscars that loomed over this […] ‘Green Book’ is the worst Oscar best picture winner since ‘Crash,’ according to movie critics

“Green Book” is the worst-reviewed Oscar best picture winner since “Crash” in 2006. Both movies deal with race relations in America, and both have been lambasted by film critics for how they do so. When “Green Book” won the Oscar for best picture on Sunday, it immediately prompted backlash from […] Nobody believed in Best Picture-winner ‘Green Book’ more than sports radio host Mike Francesa, who called it the best movie ‘by a mile’

“Green Book” won Best Picture at the Oscars on Sunday. Radio host Mike Francesa loved the film, gushing about it on his show in the lead-up to the awards. While many were disappointed with “Green Book” getting the win, Francesa was delighted. When “Green Book” won the award for Best […] A filmmaker called for ‘menstrual equality’ in her Oscars acceptance speech. Here’s what that means.

The film “Period. End of Sentence.” won the 2019 Oscar for best documentary short. It’s about women in a rural Indian village who fight deeply rooted stigma around periods. In her acceptance speech, director Rayka Zehtabchi said the film’s subjects were empowering women to fight for “menstrual equality.” Menstrual equality […]

Olivia Colman has received multiple awards for her work in “The Favourite” and on “The Crown.” “The Favourite” was Colman’s second collaboration with director Yorgos Lanthimos. H er first name is actually Sarah, not Olivia. Visit Insider’s homepage for more stories . Olivia Colman is best known for her roles […] 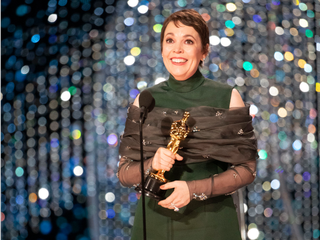 “Black Panther” and “Roma” didn’t win best picture at the Oscars on Sunday, but they didn’t go away empty handed. Both movies won three Oscars, proving the Academy has opened up to Marvel and Netflix in ways it hadn’t a few years ago. It was a night of firsts for […]

Sunday’s 2019 Oscars took place Sunday at Los Angeles’ Dolby Theatre and some of the winners were unexpected. “Green Book” and Olivia Colman are among the surprising winners of the night who left “Roma” and Glenn Close snubbed. The 2019 Oscars were held Sunday in Los Angeles, California. And while […]

Actor and activist Terry Crews showed up to the 2019 Academy Awards red carpet in a black harness of his own design. Crews joined a growing list of celebrities to try out the halter trend. The revival of the bib as a fashion trend can be largely attributed to Louis […]

John Legend and Chrissy Teigen attended the Vanity Fair Oscars after-party on Sunday. On the red carpet, Teigen hilariously pushed her husband away so she could be photographed solo. Legend took the joke in stride, and the two were seen happily taking selfies together later on. Chrissy Teigen made sure […]