A 2018 study conducted at Flinders University in Australia put forward a theory about a classic optical illusion called “My Wife and My Mother-in-Law.” It’s also known as the Boring Figure. The drawing shows both a young woman looking away and an old lady’s profile. The study claimed that whichever […] 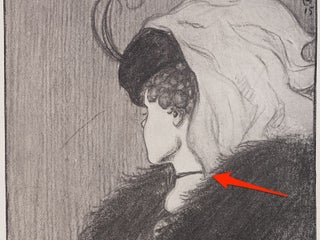 18 mind-boggling optical illusions you can find in nature

All over the world, there are naturally occurring optical illusions that captivate spectators. Cloud formations can sometimes make it seem like there’s an ocean or a UFO in the sky. Tricks of light make Yosemite look like a volcano, while water reflections make a bridge in Germany look like a […] 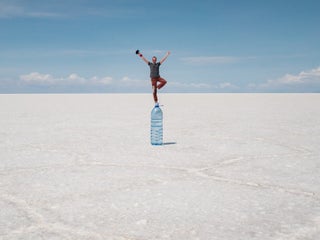 This optical illusion of a floating sandwich is going viral. Here’s how the photographer created the magic.

An optical illusion depicting what appears to be a floating sandwich is going viral on Twitter. The photographer explained to Buzzfeed how she created the illusion – with string and the magic of photo editing. Now, people are praising her talent and using the photo as a screensaver on their […]

This optical illusion, called the Pinna-Brelstaff illusion, exposes a lag in our brains. If you focus on the dot in the middle and move your head forward, the outer circle appears to rotate clockwise – move your head back and the motion changes. A study at the Chinese Academy of […]

There’s an animal hiding in this optical illusion, but you have to shake your head to see it

The latest optical illusion that’s blowing people’s minds requires a little bit of effort to see. In order to see the mystery image behind the stripes, you have to shake your head. If shaking your head vigorously back and forth in the office isn’t really your style, there are other […]

This teacher accidentally created an optical illusion while doing arts and crafts with his students — can you see it?

When Canadian teacher Braden McKinnon was doing arts and crafts with his students, creating an optical illusion was the last thing he expected to happen. His class was celebrating Remembrance Day (a Canadian commemoration of military service) and, as tradition has it, they were crafting red paper poppies for a […]