People who are in consensually non-monogamous relationships, where they date or have sex with more than one person at a time, can still physically or emotionally cheat on their partners. Therapist Susan Wenzel, who is in an open relationship herself, defines emotional cheating as “secrecy.” Other signs of emotional cheating […] 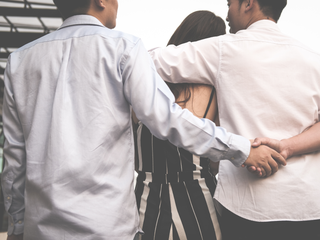 A member of an exclusive Manhattan sex party explained the application process, and it’s surprisingly simple

The phrase “exclusive sex party” may elicit images of rich socialites having group sex in dark rooms, but at Manhattan-based playhouse NSFW, members pride themselves on being part of a membership-based LGBT-friendly sex club that offers a safe space for people to explore self-pleasure. To become a NSFW member, you […] New research presented at The Society for the Scientific Study of Sexuality annual conference found the most people have fantasized about being in an open relationship at least once before. Just one-third of people have actually been in a polyamorous relationship, according to the research survey. People who acted on […]