What is spoofing? Understanding the type of cyber attack and how you can protect yourself against it

Spoofing is a cyber attack that involves a bad actor disguising their identity as one from a name or address you know and trust online. 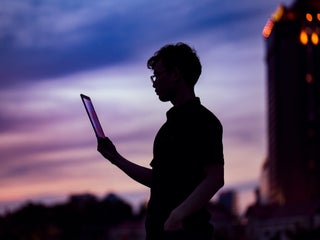 Internal source code from 50 high-profile companies including Microsoft, Disney, and Nintendo has been leaked and posted online for people to access

A Swiss developer has pulled source code from 50 high-profile companies, including Microsoft and Nintendo, and published it in a public online repository on GitLab. The leak of mounds of original code behind Nintendo’s classic games has specifically been dubbed “Gigaleak” online. According to a report from tech site Bleeping […] 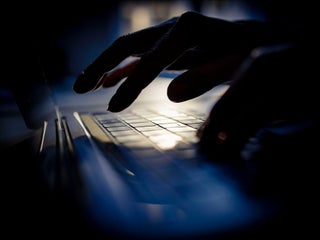 I’m a former banker, and I swear by 5 strategies to keep my money safe online

Financial companies do a lot to keep your money and identity secure, but you are an important part of your own digital security. Using strong, unique passwords is vital to keeping hackers and cybercriminals at bay. Human error is one of the most common causes of a security breach. Learning […] Passwords are incredibly insecure, so websites and apps are quietly tracking your mouse movements and smartphone swipes without you knowing to make sure it’s really you

Passwords, PIN numbers, and fingerprints play a relatively small and insecure role in keeping your online accounts and data safe. Companies use security measures called behavioural biometrics that you likely don’t know about, like tracking your mouse movements and the typical behaviour in your accounts, measuring the angle you typically […] How to stop your Facebook friends from giving away your data

Worried about how Cambridge Analytica got ahold of the Facebook data of millions of people? Your friends could be the ones who unknowingly gave it away. Here’s how to fix it. The following is a transcript of the video. Apps you don’t use are still accessing your Facebook data. Ever […] You’re not alone, no one reads terms of service agreements

A new Deloitte survey found that over 90% of... One chart shows how careless young Americans are with online passwords

Cybersecurity has become a buzzword as big... Today’s internet is riddled with hidden threats, so you really should be taking extra precautions to stay safe online. Fortunately, we’re bringing you the VPN Unlimited & To Do Checklist: Lifetime Subscription Bundle to improve your online experience.

Online Scammers Are Using Fake Power Bills To Encrypt Files, Demanding A Ransom To Unlock Them

Be careful with 'official' looking emails