Woolworths is launching its online marketplace Australia-wide, as the supermarket giant seeks to compete with Amazon

Woolworths is expanding its online marketplace Australia-wide this week, as the grocery giant seeks to expand its online presence.

How to cancel an order on Etsy, the online marketplace for handmade and vintage items

To cancel an order on Etsy, you must contact the seller or shop you purchased the item from directly. Make sure to check the shop’s policies regarding returns, exchanges, or cancellations before placing an order. Cancellation requests are at the discretion of the seller and not guaranteed. Visit Business Insider’s […] 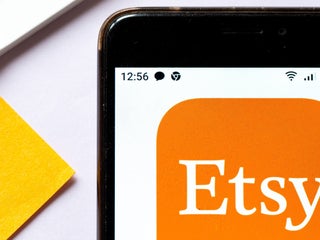 Australian daily deals site Catch Of The Day has transformed into a general retail marketplace, vowing to take the leading market position after Amazon. “I’d be quite happy being number two to Amazon,” said Catch Group founder Gabby Leibovich. “There’s a lot of opportunity here. Amazon’s arrival will increase the […]

Online retail marketplace MyDeal.com.au has announced it has closed a $5 million investment round as its first external capital injection. All of the $5 million has been provided by Gandel Invest, the investment vehicle of Tony Gandel. Tony is the son of commercial property developer John Gandel, who is listed […]

Two of Australia’s best known tech companies, Freelancer and Airtasker, are engaged in an escalating behind-the-scenes legal brawl over who owns the idea behind the “Like a Boss” marketing campaign. Online labour marketplace company Freelancer, headed by high-profile entrepreneur Matt Barrie, started an investigation when it saw competitor Airtasker launch […]

Joined a $2.6 million seed funding round.