After 11 years, online bank Simple is shutting down — here’s what that means if you have an account

On January 7, Simple bank announced that it will be closing. Customers learned via email that their Simple accounts will eventually become accounts with BBVA USA, Simple’s parent company. Simple accounts will remain open for now. The Simple mobile app, website, and Visa debit card will continue to work for […] 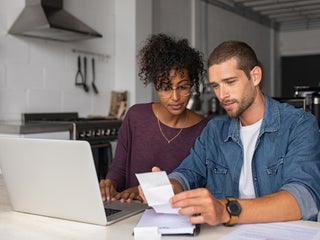 I thought switching to a high-yield savings account would be a hassle, but that mistake cost me over $1,200

For years, I was reluctant to switch banks because I thought it would be a pain to change all my subscription, direct deposit, and auto-pay information, so I stuck it out with my old bank. But after I was hacked twice, I finally decided to make the switch – and […] By depositing $100 a month in an online bank account, I’m earning 20 times more than I would at a traditional bank

According to the FDIC, savings accounts at traditional banks are earning about 0.09% interest on average – pennies, for many people. Online banks, though, are able to offer higher rates on high-yield savings accounts, and I’ve loved my experience so far with CIT Bank. It offers 1.85% APY when you […] I use an online bank to earn 20 times more on my money along with a credit union, and it’s the perfect mix for 4 reasons

My husband and I opened high-yield savings and checking accounts at Ally Bank a couple of years ago and have had a great experience. When I needed business accounts, though, I shopped around and decided to work my local credit union even though I was keeping my personal accounts online. […] In 8 months, I’ve earned over $250 in interest just by switching to a high-yield savings account

When I started building an emergency savings fund, I was earning a negligible amount of interest each year. Since switching to a high-yield savings account in November 2018, I’ve already earned $US268 in interest in just eight months. I expect to earn another $US500 in interest by the end of […] Online Banks v. Big Banks: Which Path Is Right For Your Finances? [credit provider=”Instagram/christine_a86″ url=”http://statigr.am/viewer.php#/detail/347926456097687549_27867672″] Since the Great Recession, banks and consumers have had an uneasy partnership. Tighter federal regulations have prompted many institutions to introduce new fees on checking accounts, and the Federal Reserve’s low-interest-rate policies have helped keep the typical savings account yield below the rate of inflation. These conditions […] [credit provider=”Flickr / williamhartz” url=”http://www.flickr.com/photos/whartz/1255279932/in/photostream/”] Last year, we saw an incredible shift in personal finance.Individuals recognised they were being taken advantage of by large banking institutions in the form of poor service and rising bank fees, and rather than accepting it, a huge number of people did something about it […] Thinking Of Switching To An Online-Only Bank?

[credit provider=”otubo via Flickr” url=”http://www.flickr.com/photos/otubo/3371293063/”] In 1995, grunge rock was still somewhat popular, and the Internet was mostly seen as a place for nerds to express their love of Star Trek.At that time, I had a friend who was working for Security First Network Bank in Atlanta – the first […]