Oklahoma State’s Mike Gundy is under fire for an OAN shirt, but the issues go much deeper

Oklahoma State football head coach Mike Gundy was criticised by some of his players this week after a photo showed him wearing a One America News shirt. While Gundy apologised for the shirt, the incident shines a light on further accusations of racism in Gundy’s past as a coach and […] 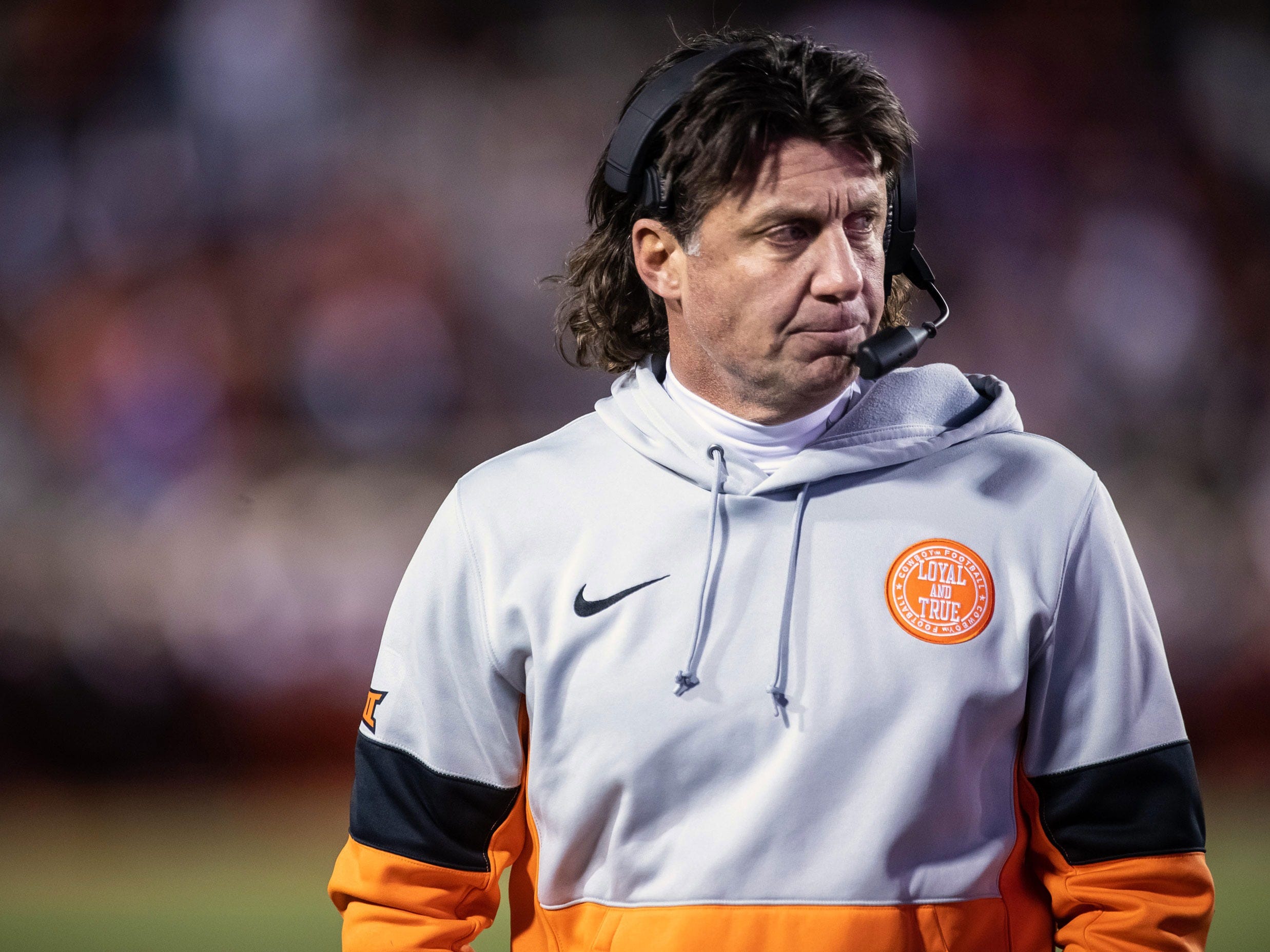 Oklahoma State running back Chuba Hubbard called out head coach Mike Gundy after he was seen wearing a t-shirt promoting One America News, a far-right and pro-Trump network, on social media. “I will not stand for this,” Hubbard wrote. “This is completely insensitive to everything going on in society, and […] 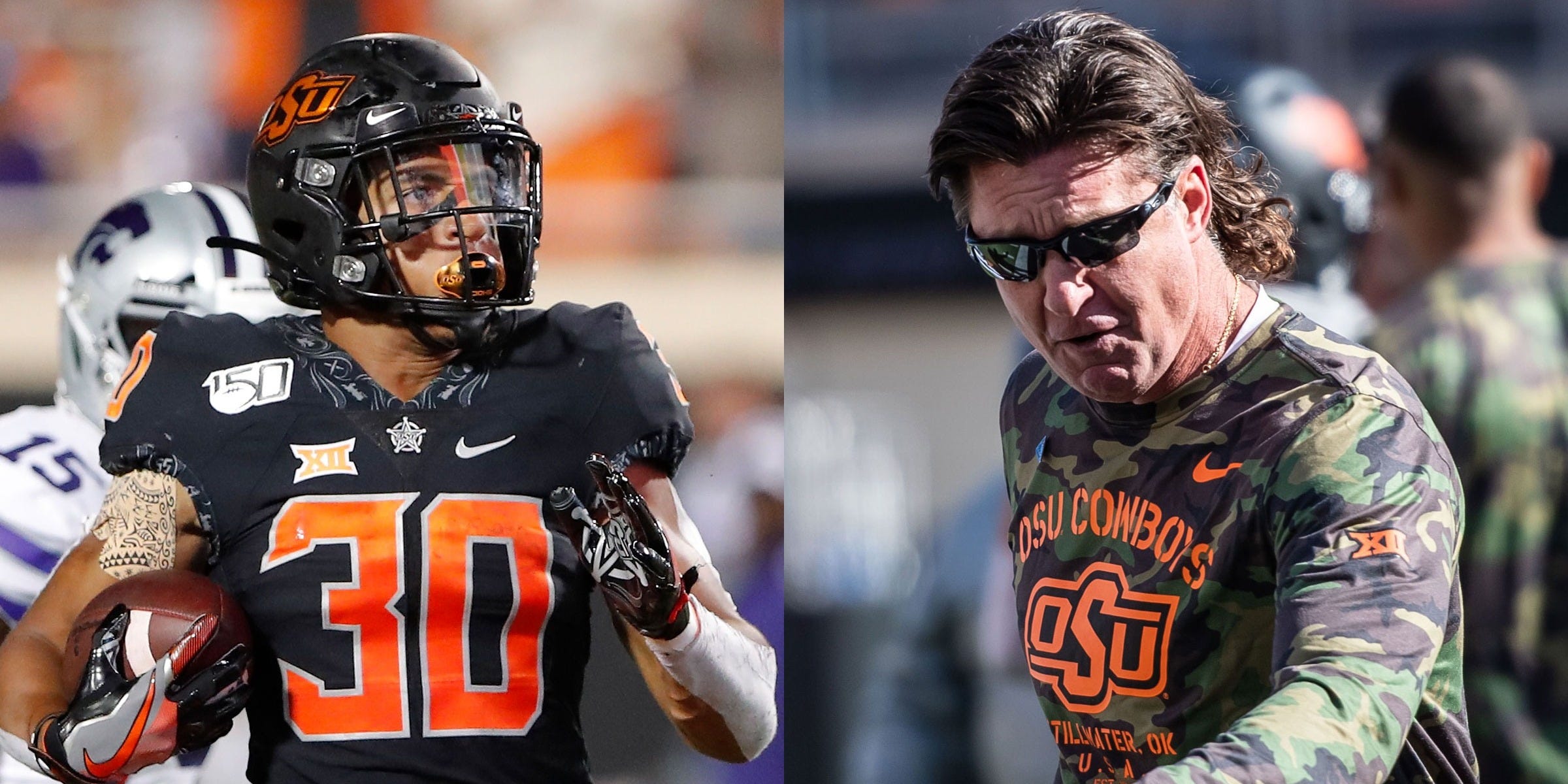 Oklahoma State Cowboys star slot receiver Jalen McCleskey informed head coach Mike Gundy of his intention to redshirt and transfer for his final season of eligibility. After Gundy broke this news to the media, he was accused of making a threat to the media that they would lose access to […]
News Nov. 24, 2016, 3:51 AM

Watch 86-Year-Old T. Boone Pickens Do Pushups While Being Carried Through The Streets

Oklahoma State’s Marcus Smart is one of the top players in the loaded 2014 NBA Draft. Unlike other prospects like Andrew Wiggins and Jabari Parker, Smart is a sophomore with a year of college experience behind him. That experience is obvious early this year. He’s averaging 20 points per game, […]
News Oct. 2, 2013, 6:32 AM

A former Oklahoma State University student has been charged with two felonies after allegedly threatening fraternity pledges with a loaded gun in August, multiple local news organisations report. The former student, Owen Hossack, has been suspended by both OSU and Alpha Gamma Rho, his former fraternity, according to Oklahoma’s News9. […]
News Sep. 13, 2013, 2:14 AM

Sports Illustrated is almost done rolling out its big report on the Oklahoma State football program. In the report, former players accuse the school of committing a litany of NCAA violations involving impermissible benefits, academic fraud, drugs, and sex. We’ve been critical of the report because it does the NCAA’s […]
News Sep. 12, 2013, 1:14 AM

When Baylor grabbed a rebound with 17 seconds remaining in overtime of a tie game against 22nd-ranked Oklahoma State, it looked like the worst-possible scenario for them would be a missed shot and a second overtime. And when AJ Walton took a pass and appeared to have an easy layup […]
News Oct. 16, 2012, 11:54 AM

Oklahoma State Destroys Oklahoma; Here Is Why They Should Be In The BCS Championship Game

WATCH: Dunk Of The Year Candidate Leads To Player’s Ejection

Oklahoma State upset second-ranked Missouri tonight. But this game will best be remembered for the monster alley-oop dunk by the Cowboys’ Markel Brown.
News Jan. 11, 2012, 6:47 AM

[credit provider=”AP”] As he once infamously said, Mike Gundy is a man, and now he has a man-sized paycheck. Oklahoma State has given Gundy an 8-year extension that will make him one of the highest-paid college football coaches (via NewsOK.com).Gundy’s new deal will pay him an average of $3.7 million […]
News Dec. 6, 2011, 5:56 AM

[credit provider=”AP”] When the BCS announced that Alabama would face LSU in the BCS Championship game, Oklahoma State lost out on more than just a chance to prove their worth on the field. Their head coach also lost out on a lot of money.Mike Gundy, would have received a $500,000 […]
News Dec. 6, 2011, 4:25 AM

SPORTS CHART OF THE DAY: How The BCS Polls Voted For Oklahoma State And Alabama

Oklahoma State is ranked second in four of the six computer polls used in the BCS rankings. But Alabama will play in the BCS Championship game on the strength of being ranked second in both the Harris Poll and the Coaches Poll.
News Dec. 6, 2011, 2:07 AM

This Is Why The BCS Is A Joke: Alabama’s Nick Saban Screwed Over Oklahoma State In His Poll This Week

[credit provider=”AP” url=”AP”] Alabama coach Nick Saban had Stanford at No. 3 and Oklahoma State at No. 4 in his Coaches Poll ballot this week.Last night, his team got into the National Championship game over OSU by the slimmest margin ever.
Next Page »