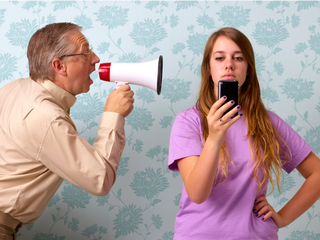 There’s a new ‘OK, Boomer’ beer on the market, just in time for the gift-giving season

The meme “OK boomer” has taken on a life of its own, manifesting merchandise and even a book about the generational divide. Now, there’s an “OK, boomer” beer brew thanks to Dogfish Head Brewery, located in Rehoboth Beach, Delaware. The brewpub exclusive is a 7% ABV “winter warmer beer concept” […] Slack tweeted a video on Thursday with the caption “OK boomer,” appearing to call out Microsoft for a suspiciously similar ad campaign to Slack’s. Slack and MicrosoftTeams are two competing workplace chat services. Microsoft just revealed it has more users than Slack, but Slack CEO Stewart Butterfield said that Microsoft […] Fox has filed a trademark application for ‘OK, boomer’ and plans to name a television show after the phrase

Disney heiress says people who are offended by the phrase ‘OK, boomer’ should ‘sit the f— down and let the kids drive’

Abigail Disney, the millionaire heiress of the Disney fortune, told fellow baby boomers to “sit the f— down and let the kids drive.” Disney, the 59-year-old granddaughter of Roy O. Disney, who cofounded The Walt Disney Company, offered a scathing rebuke of her generation on Twitter and criticised their attitudes […] Teens have been using the slogan ‘OK Boomer’ to poke fun at older generations, and someone is already trying to trademark the term

TikTok, the beloved video-sharing app, has acted as a launchpad for many viral memes and internet trends, including the phrase “OK Boomer” to diss the older generation. As the slogan has gained more attention in the mainstream beyond Generation Z, someone has filed an application with the US government to […] Watch the moment a millennial MP in New Zealand shut down a heckling colleague with a well-placed ‘OK, boomer’

A millennial politician replied “OK, boomer” after she was interrupted and heckled by a colleague during a speech on climate change. Green MP Chlöe Swarbrick was speaking during a reading of the (Zero Carbon) Amendment Bill in the New Zealand Parliament on Tuesday. “Right now the average age of this […] 24 slang words teens and Gen Zers are using in 2020, and what they really mean

Teens and members of Gen Z are using a slew of new slang terms, many of which are confusing to older generations. If you’ve ever wondered what terms like “periodt,” “snatched,” or “big yikes” mean – then this guide is for you. Here’s a list of 24 popular Gen Z […] 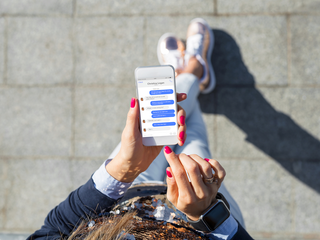