The government could technically mint a coin and decide it's worth $1 trillion. No more debt-ceiling standoff.

Republicans are digging in on their opposition to help Democrats renew the US' ability to pay its bills ahead of a potential default in October. 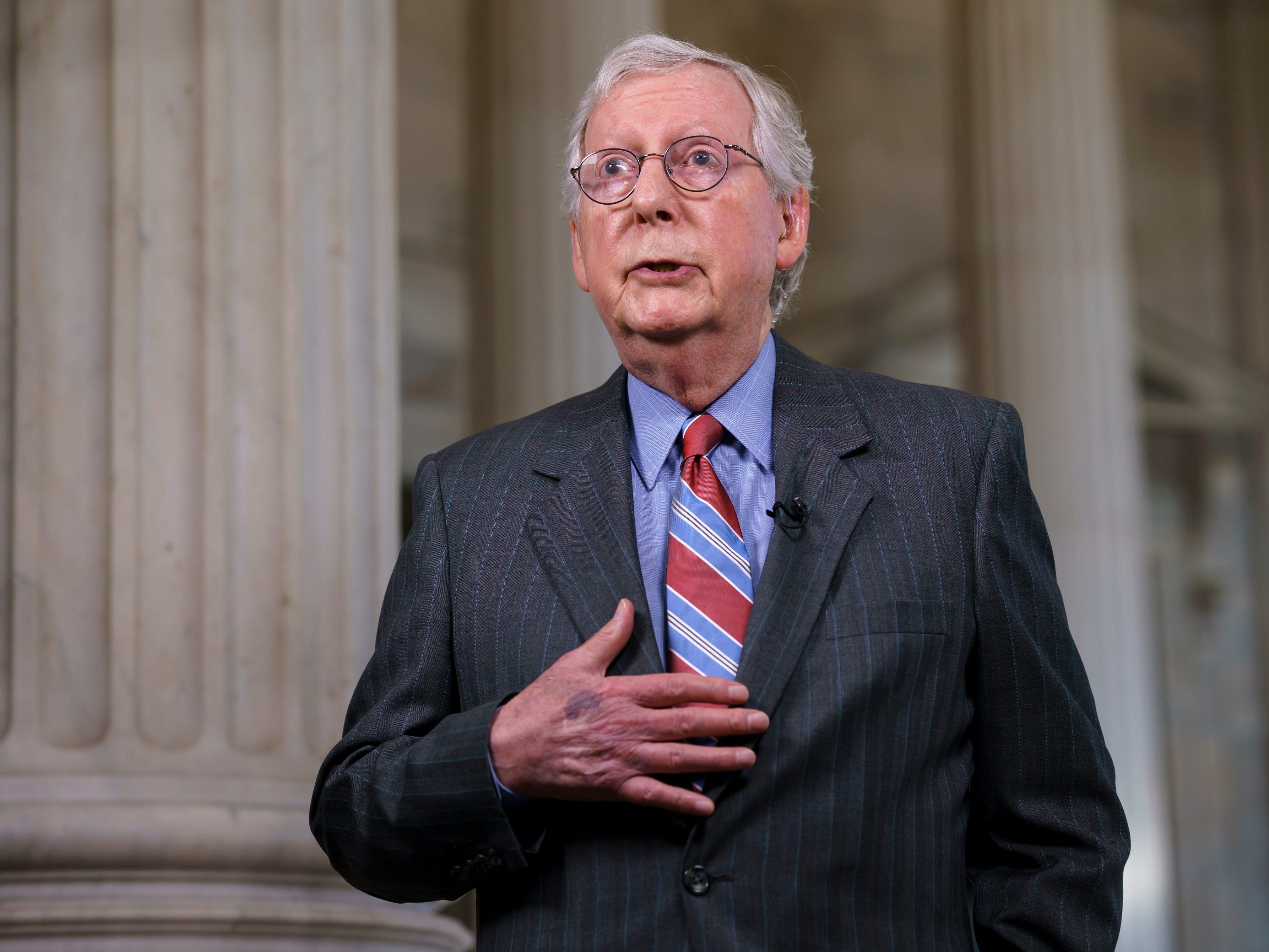 The Obamas are producing a new comedy series for Netflix based on the chaotic transition of power when Donald Trump became president in 2016. “The G Word with Adam Conover” is based on Michael Lewis’ book “The Fifth Risk,” the rights to which the Obamas bought in 2018, according to […]
News Nov. 19, 2020, 12:05 PM 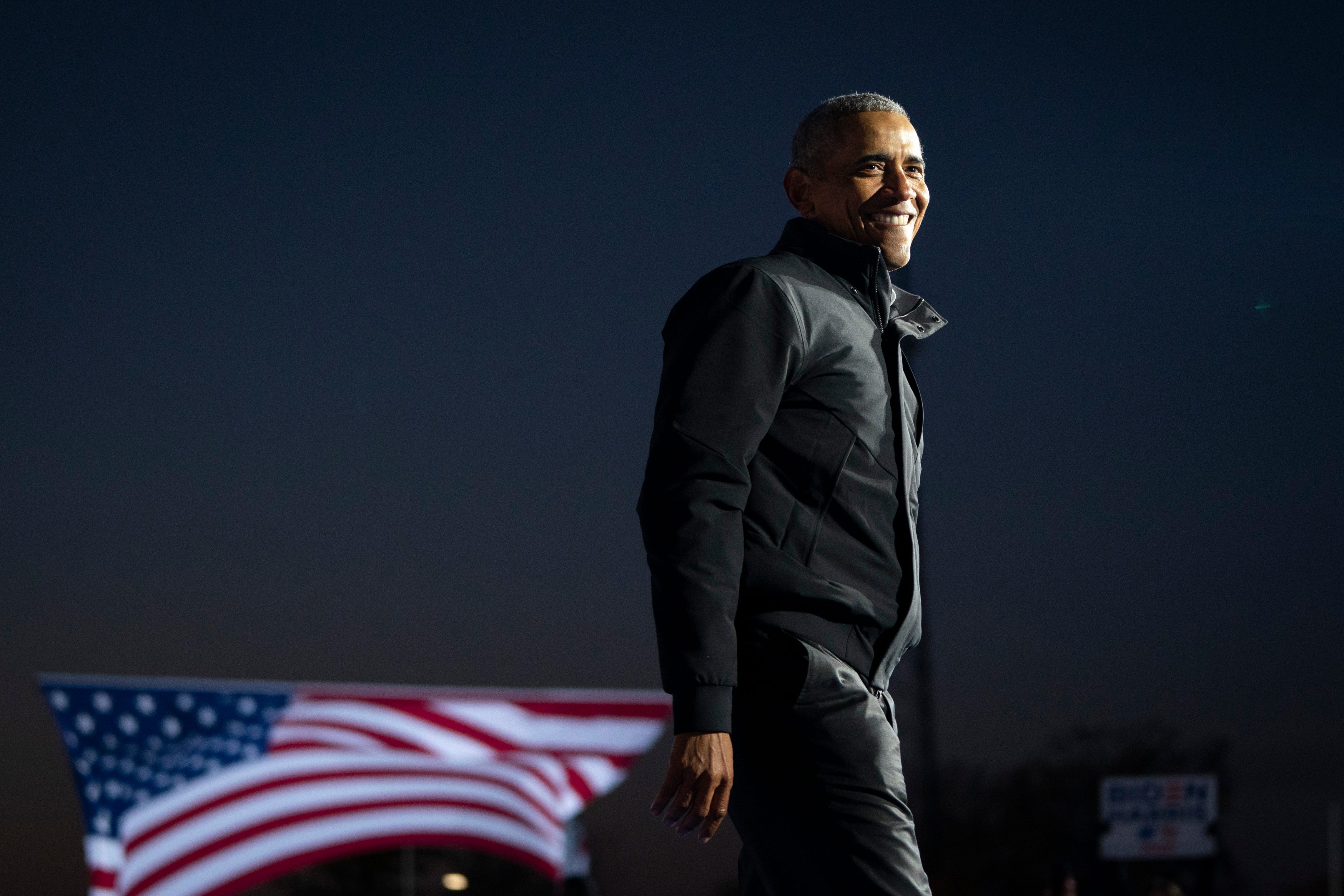 A new memoir from Barack Obama describes how he developed a pandemic playbook for the US, which Trump went on to ignore

Former President Barack Obama has written about how his administration developed a pandemic response strategy, in a memoir excerpt published by The New Yorker. In 2009 he pulled together an inter-agency team in response to the H1N1 swine flu that killed 12,469 Americans, he recalled. The approach to communication, preparedness […] 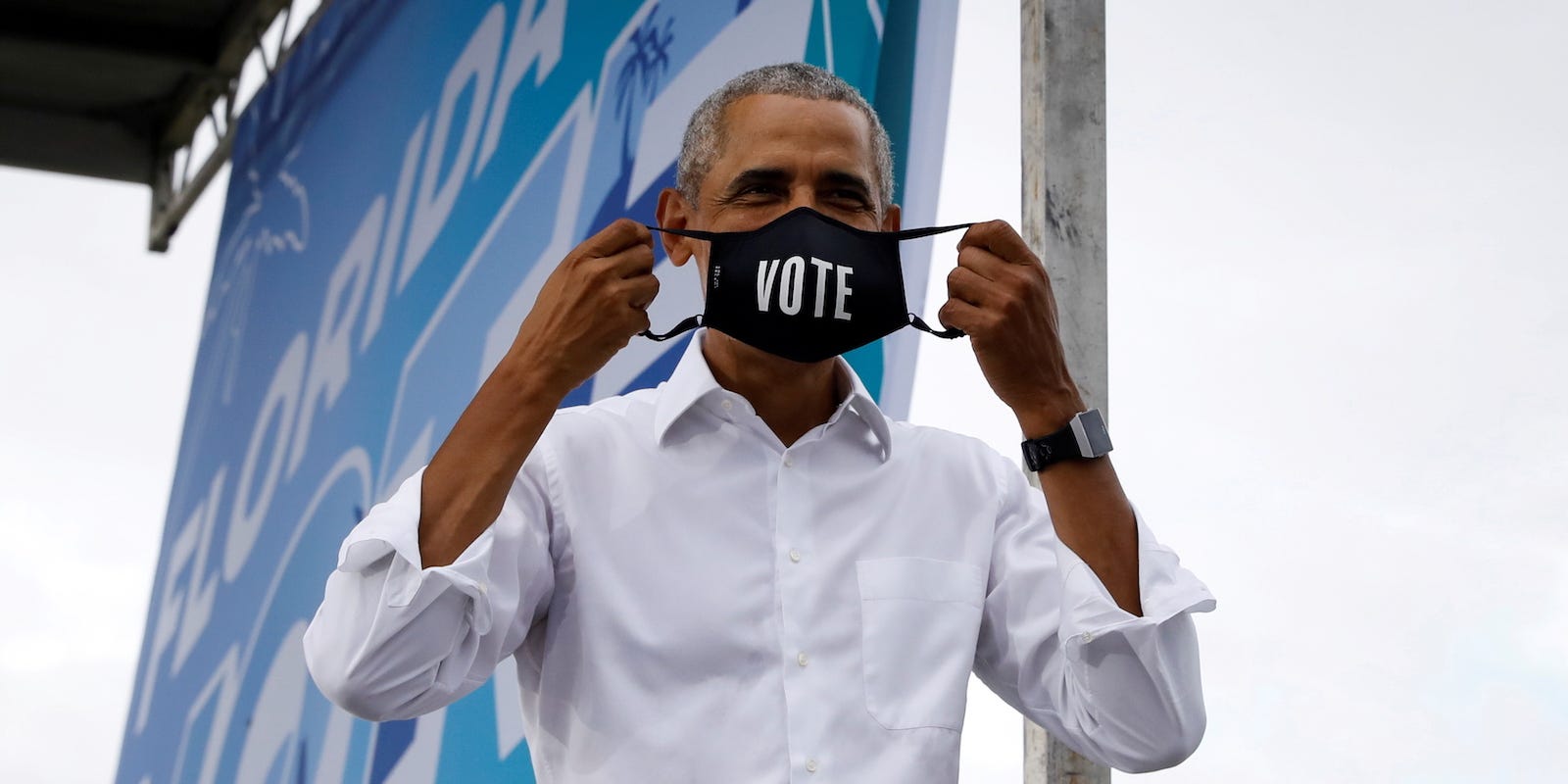 Rear Adm. Timothy Ziemer, a top expert on pandemics, is leaving the Trump administration, Politico reported on Tuesday. Ziemer, who previously led the National Security Council’s global health unit, has been at USAID as senior deputy assistant administrator. The NSC’s global health security team was scrapped under Trump in May […] President Donald Trump falsely claimed that the Obama administration was responsible for slowing diagnostics testing, CNN reported. However, an aide for a Republican senator said Trump’s claim is inaccurate. The Trump administration however, has cut funding for several agencies responsible for battling the current coronavirus outbreak. Visit Business Insider’s homepage […] 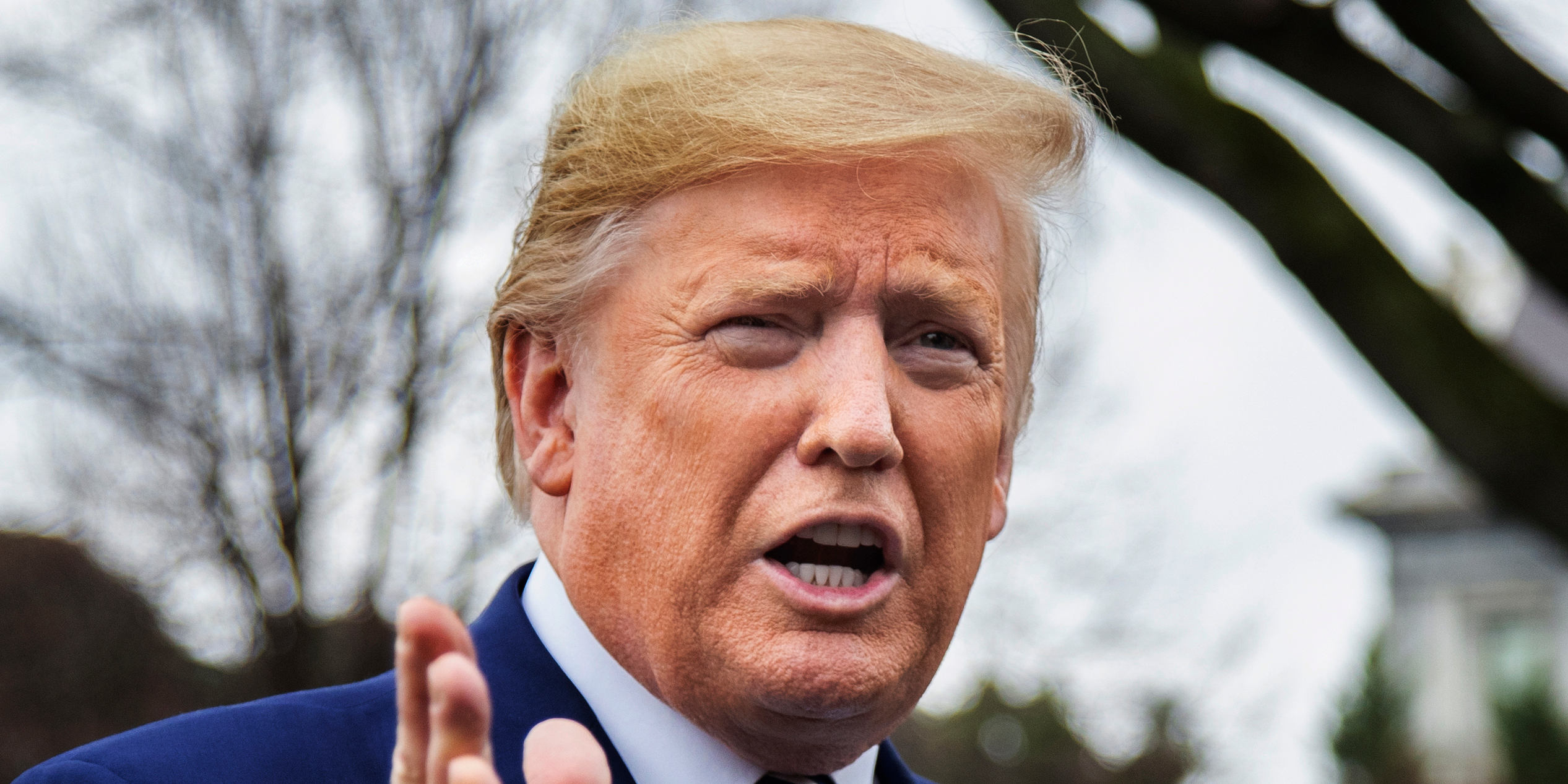 Julián Castro, an Obama veteran and the only Latino candidate, drops out of the 2020 presidential race

Julián Castro dropped out of the 2020 presidential race on Thursday. Castro, 45, was a housing secretary under the Obama administration and was the mayor of San Antonio before that. “Today it’s with a heavy heart, and profound gratitude, that I will suspend my campaign for president,” Castro said in […]
News Dec. 24, 2019, 7:48 AM

Hundreds of foreign policy and national security professionals endorsed South Bend Mayor Pete Buttigieg in a letter on Monday. The letter, which is heavily critical of President Donald Trump’s approach to foreign policy, describes Buttigieg as someone with “intelligence, steadiness, demeanour and understanding of the forces now shaping the world.” […]
Strategy Oct. 31, 2019, 1:26 AM

Barack Obama’s senior advisor shares the career lessons she learned working 24/7 at the White House, and how she found work-life balance despite the demanding schedule

Valerie Jarrett, Obama’s longest-serving White House advisor, recently appeared on Glassdoor’s new IN PURSUIT podcast to discuss her career and life as a working mum. Jarrett advocated for women in the workplace throughout her career. She recently cofounded the advocacy group United States of Women alongside Michelle Obama’s former chief […]
News Sep. 13, 2019, 4:01 AM

Sen. Elizabeth Warren and former President Barack Obama maintained a tumultuous and often testy relationship over the administration’s handling of the last financial crisis, according to a new report in Politico magazine. In her capacity as a presidential candidate, Warren describes the Obama administration as a crucial partner in her […]
News Sep. 5, 2019, 7:05 AM

‘We are patriots’: More than 140 African Americans who worked in the Obama administration write an op-ed calling for end to discrimination in the US

The Washington Post published an op-ed on Friday, which was authored and co-signed by more than 140 African Americans who served in the Obama administration, exploring the ways in which racism, sexism, homophobia, and xenophobia have pervaded the country. The op-ed calls on local, state, and congressional officials, as well […]
News Jul. 12, 2019, 7:12 AM

Former Vice President Joe Biden called for an end to “forever wars” in a speech on foreign policy in New York City on Thursday, but did not acknowledge his own role in starting such conflicts. Biden voted in favour of the Iraq War as a senator, but didn’t mention that […]
News Jun. 26, 2019, 5:24 AM

Immigration and Customs Enforcement agents are reportedly angry over the poor planning of a series of immigration raids that were recently called off. One ICE officer told The New Yorker that “almost nobody was looking forward to this operation” and that it was filled with logistical challenges. The Trump administration […]
News May. 13, 2019, 6:13 AM

Obama and Bush’s former Defence Secretary says he doesn’t know if Biden would make an effective president, says a president in their 70s is ‘problematic’

Former Defence Secretary Robert Gates said in an interview that aired Sunday that he didn’t know if his former colleague, Joe Biden, could make an effective president. Gates, who served in both the Obama and Bush administrations, has previously said Biden has “been wrong on nearly every foreign policy and […]
News Jan. 23, 2019, 5:06 AM

A former director of the Immigration and Customs Enforcement agency told Yahoo News that President Donald Trump’s border wall won’t stop the “true threats.” She said the wall might be effective in keeping out a young migrant child, but it won’t do much to stop cartels that use submarines to […]

GM, Ford, and Chrysler almost died a decade ago during the financial crisis — here’s how the auto giants have changed since

Ten years ago, amidst the worst financial crises since the Great Depression, the American auto industry almost died. The “Big Three” U.S. car companies of General Motors,Chrysler, and Ford faced potential insolvency. But a decade later, thanks to the $US80 billion dollar lifeline provided by the Troubled Asset Relief Program […]
News May. 31, 2018, 3:54 PM

‘They can just have a cartoon’: How Obama privately reacted to Trump’s election, as told by a former Obama adviser

Donald Trump’s election left more than just a large portion of the US in shock. The outgoing President Barack Obama was equally rattled, as were some of America’s closest international allies. In his memoir, “The World as It Is,” Ben Rhodes, the former deputy national security adviser to Obama, reportedly […]