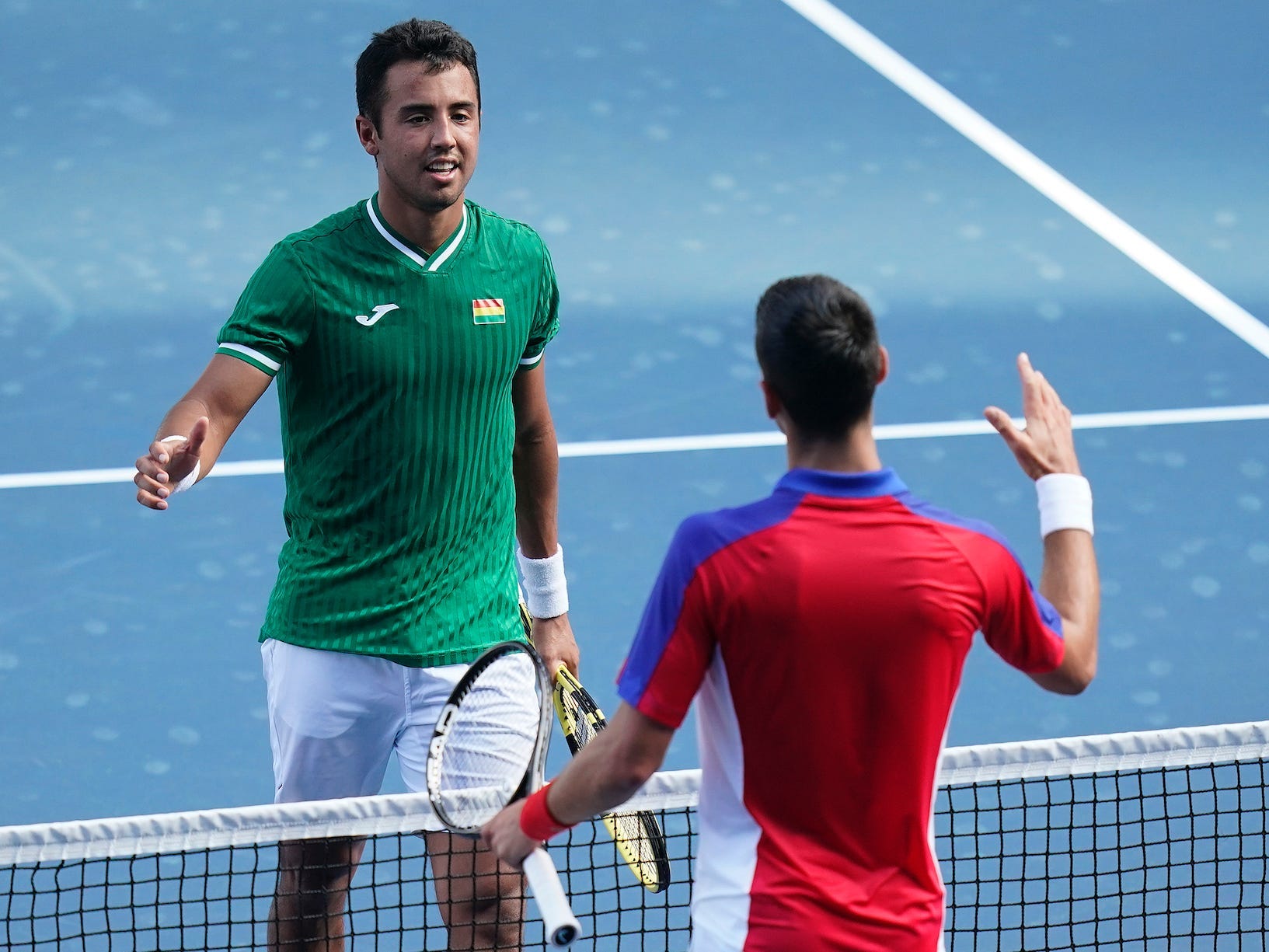 Tennis stars like Daniil Medvedev and Novak Djokovic said matches at the Tokyo Olympics should be held later because the heat is too intense. 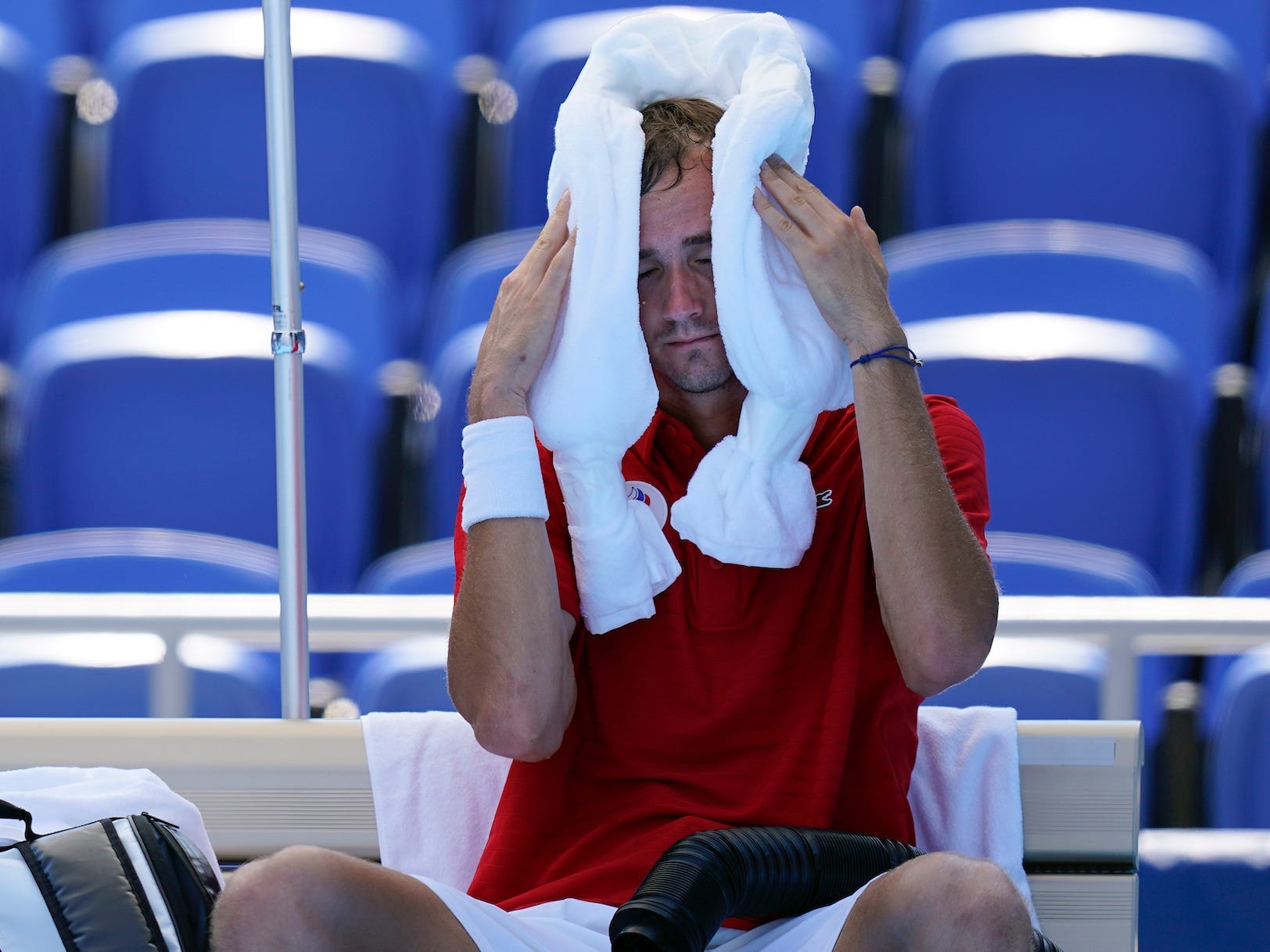 Novak Djokovic confirmed he will compete at the Tokyo Olympics, keeping alive his chances of winning a historic Golden Slam

A Golden Slam requires a player to win Olympic gold medal in the same season where they also won all four Grand Slams. 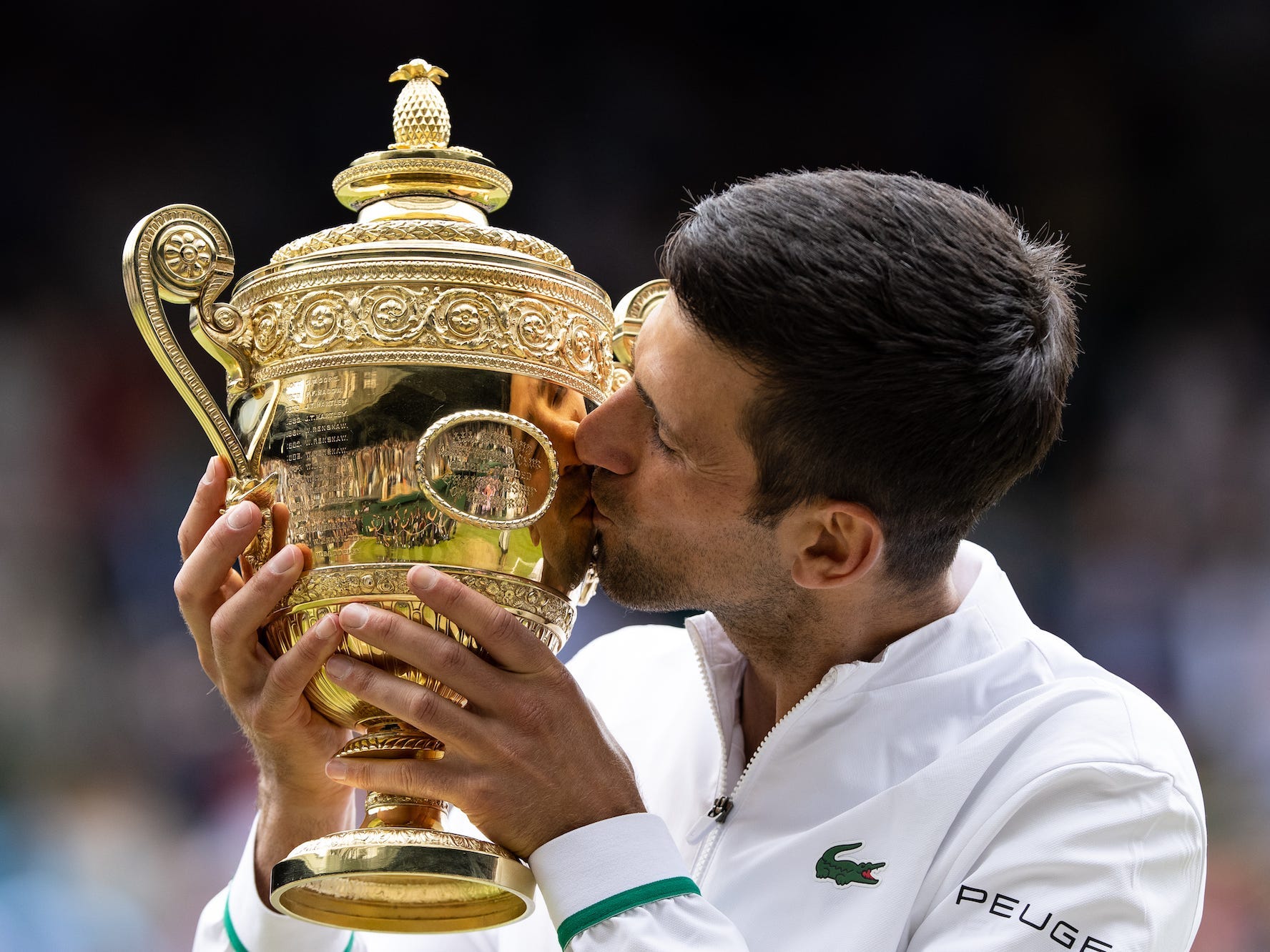 Novak Djokovic tied Roger Federer and Rafael Nadal with his 20th grand slam win over the weekend, and gave one fan the souvenir of a lifetime. 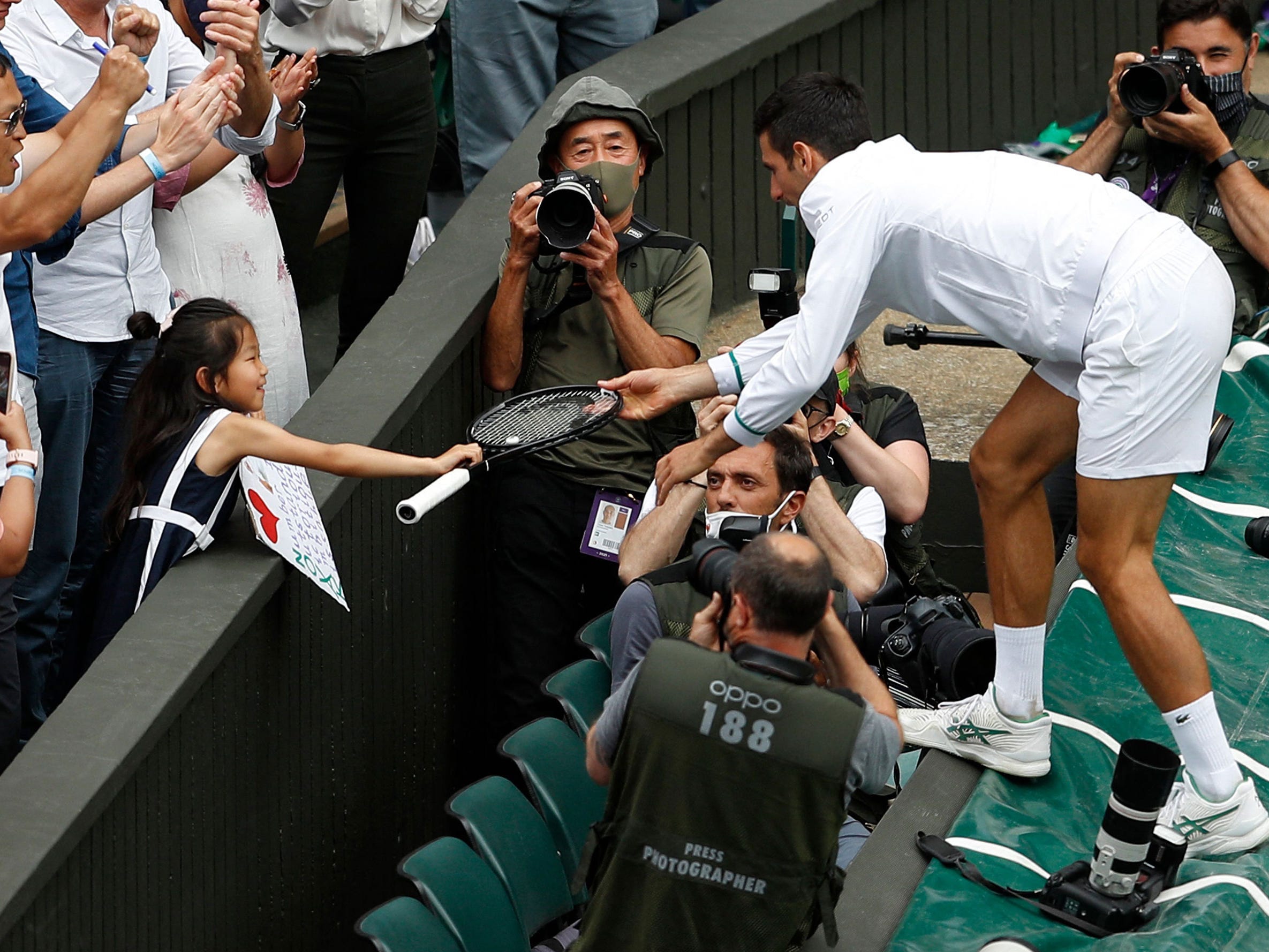 The girl's fall was the latest in a line of injuries at Wimbledon this year seemingly caused by slippy grass. 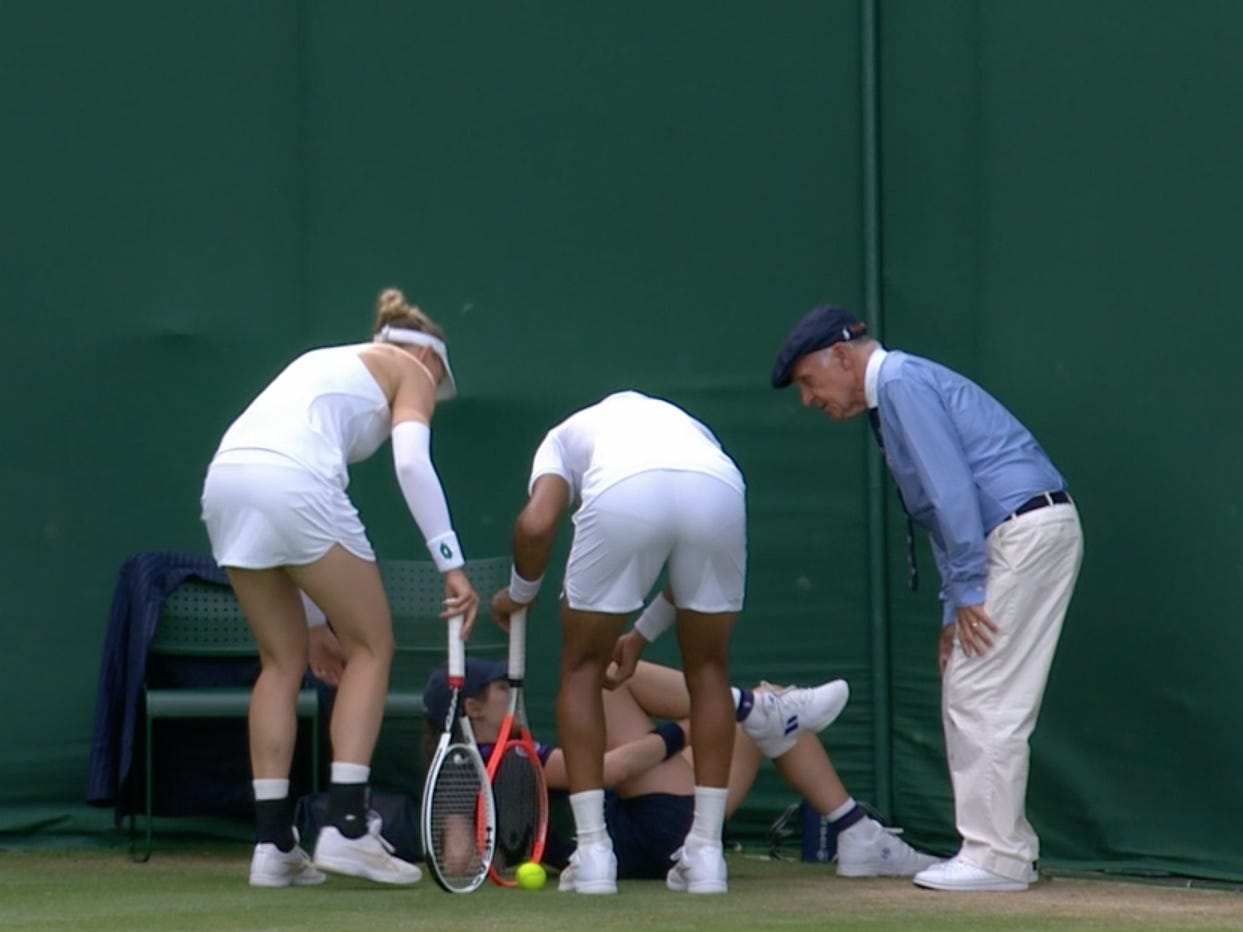 "Thank you for for raising my father," Tsitsipas wrote on Instagram after the match. "Without him this wouldn't have been possible." 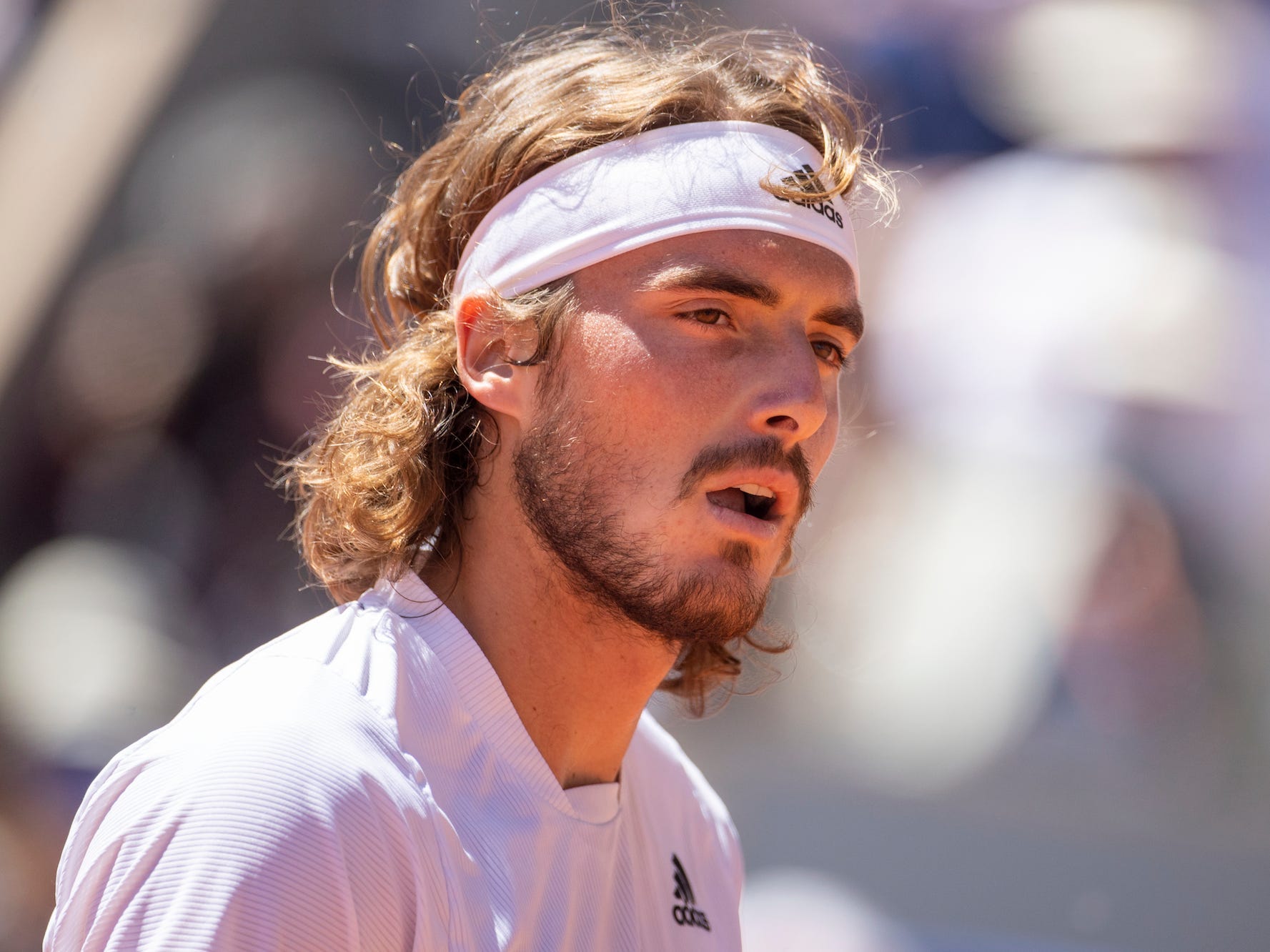 Djokovic gave his racket to a fan who the Serbian champion said had given him advice throughout his five-set epic against Greece's Stefanos Tsitsipas. 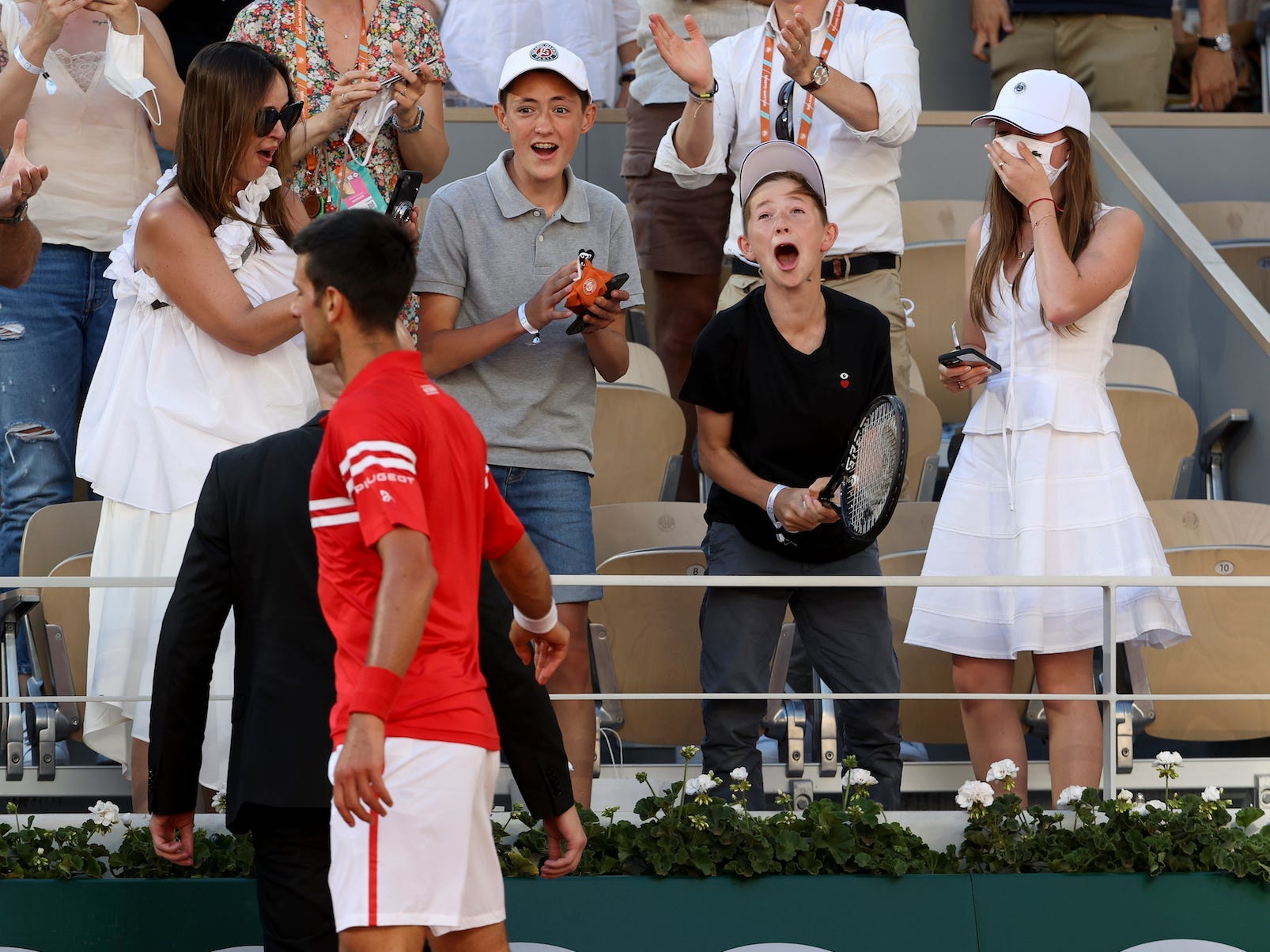 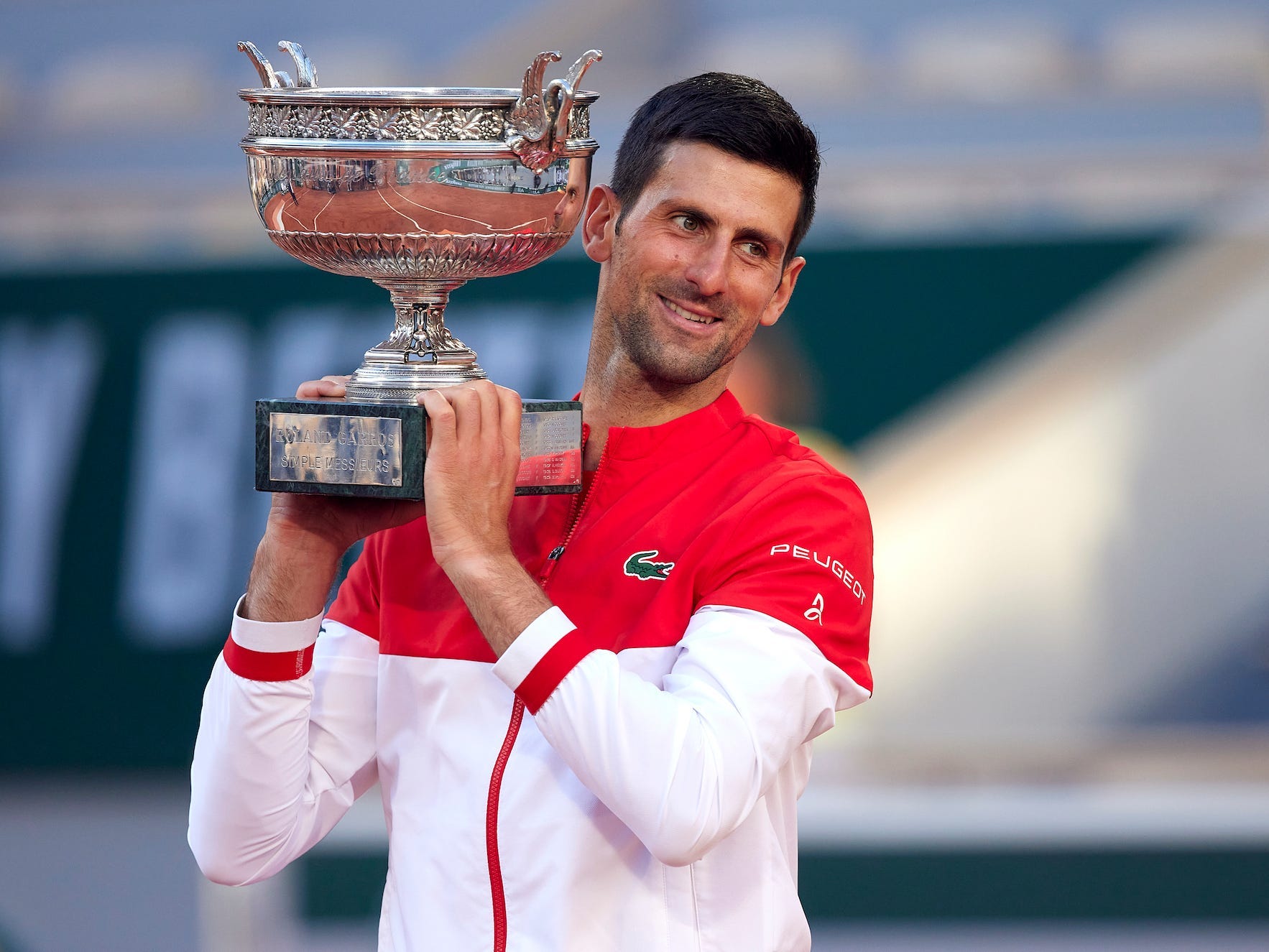 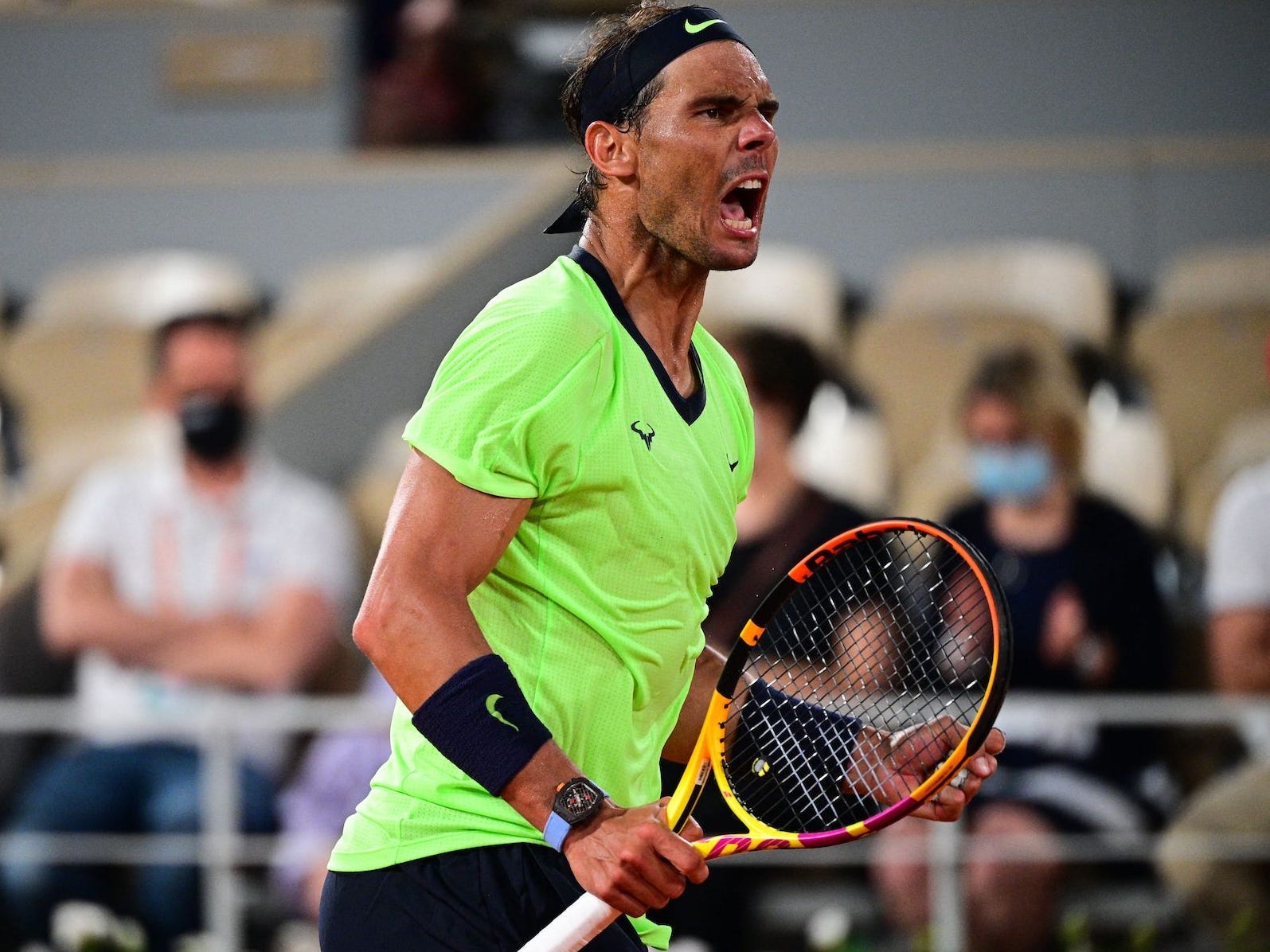 Novak Djokovic wished his fellow countryman Nikola Jokic luck in the NBA playoffs while preparing for his French Open semifinal. 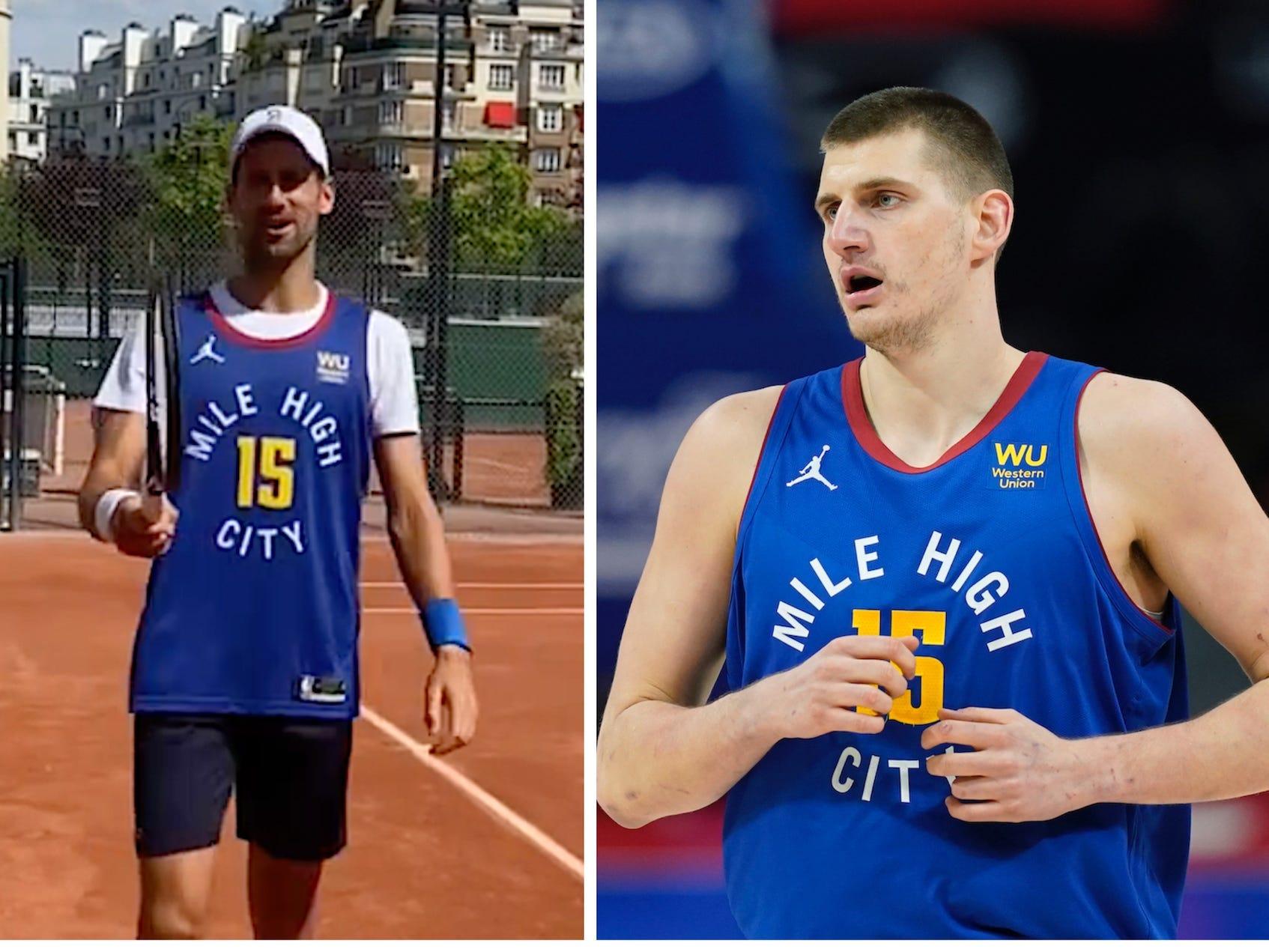 A bizarre scene unfolded at the French Open as Novak Djokovic’s quarterfinal was paused in the 4th set to kick out 5,000 fans for a COVID curfew 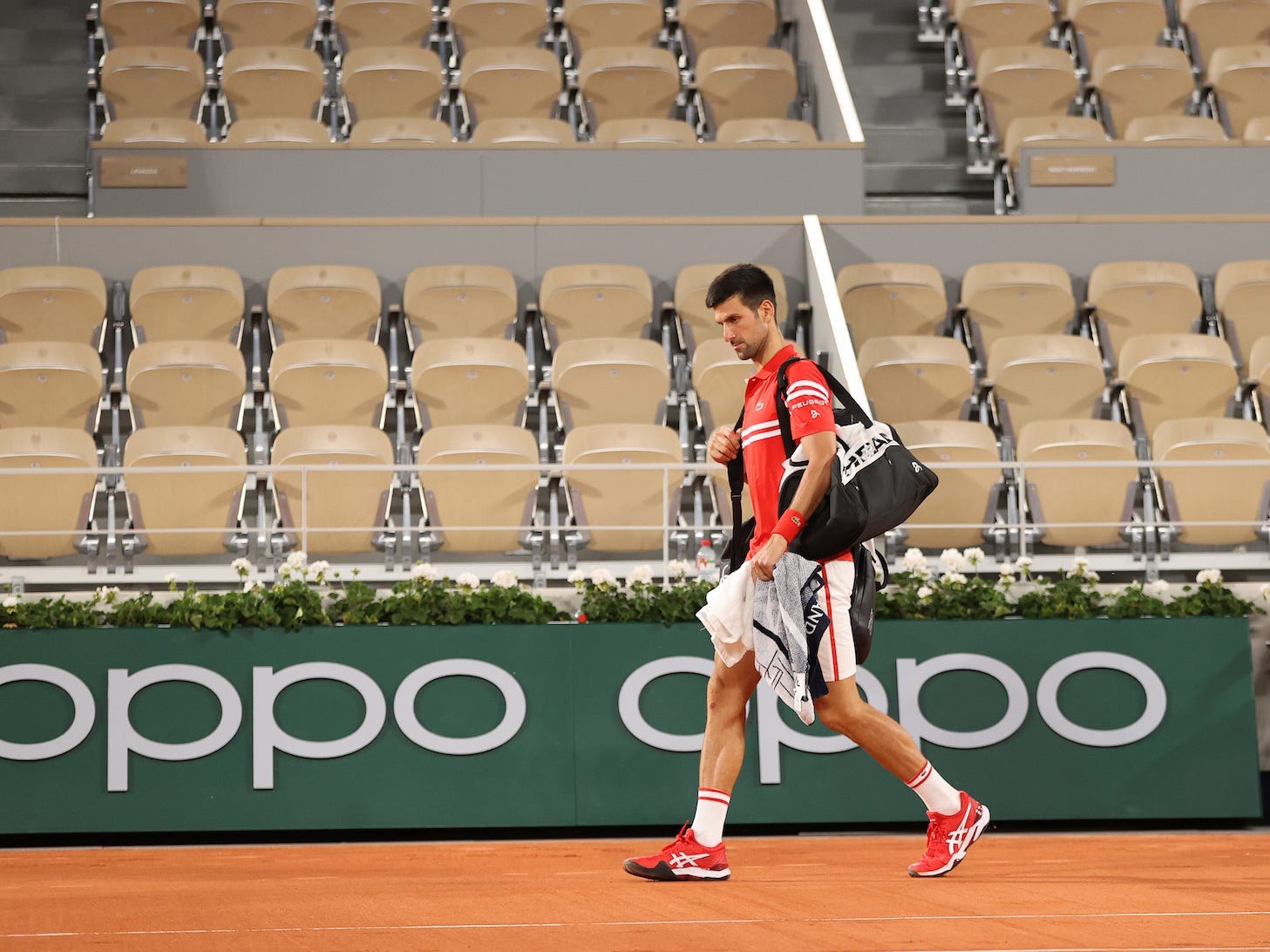 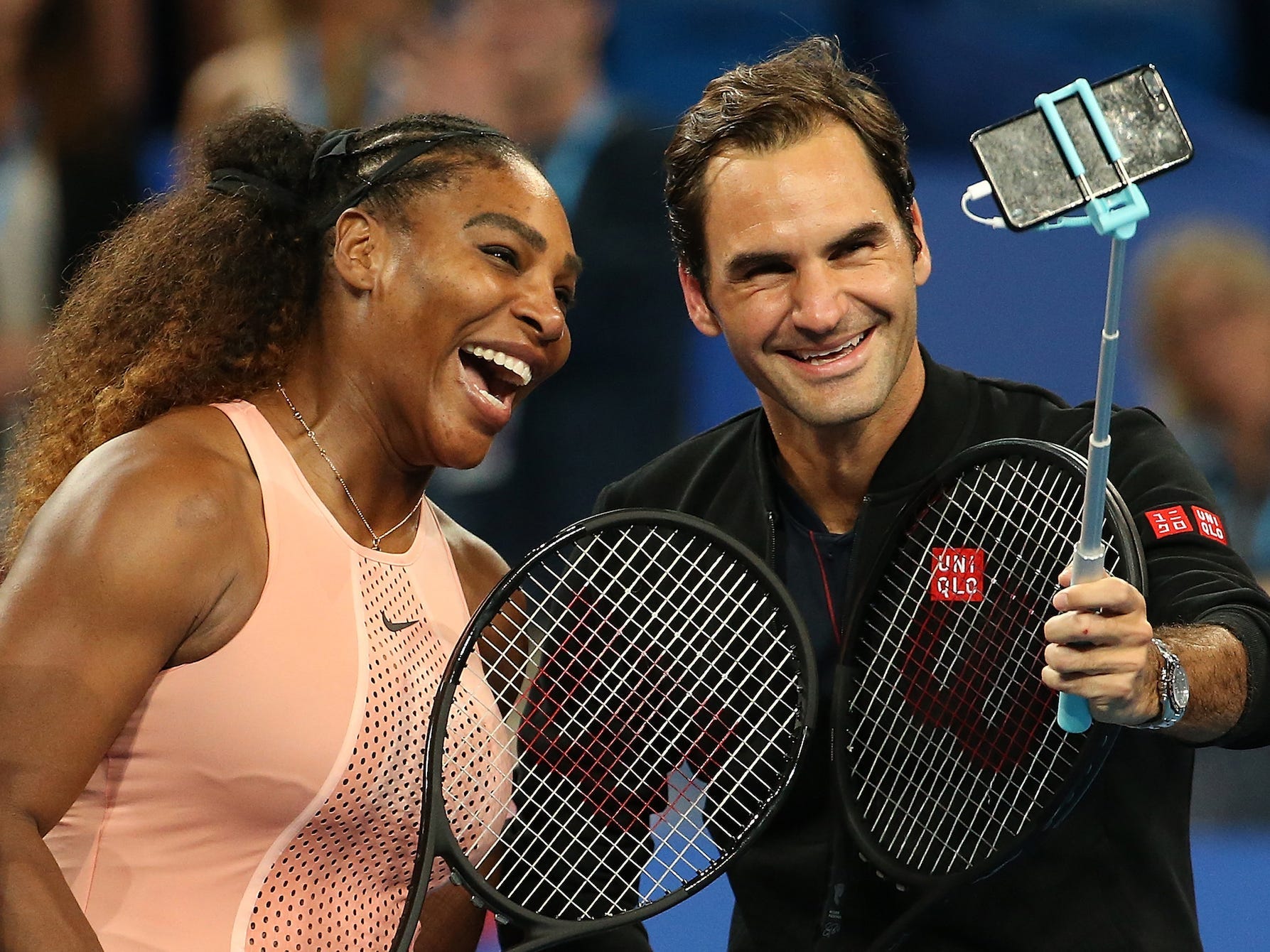 Since bursting onto the scene at Wimbledon in 2019, Gauff has gone from strength to strength, and Monday marked a fresh milestone in her career. 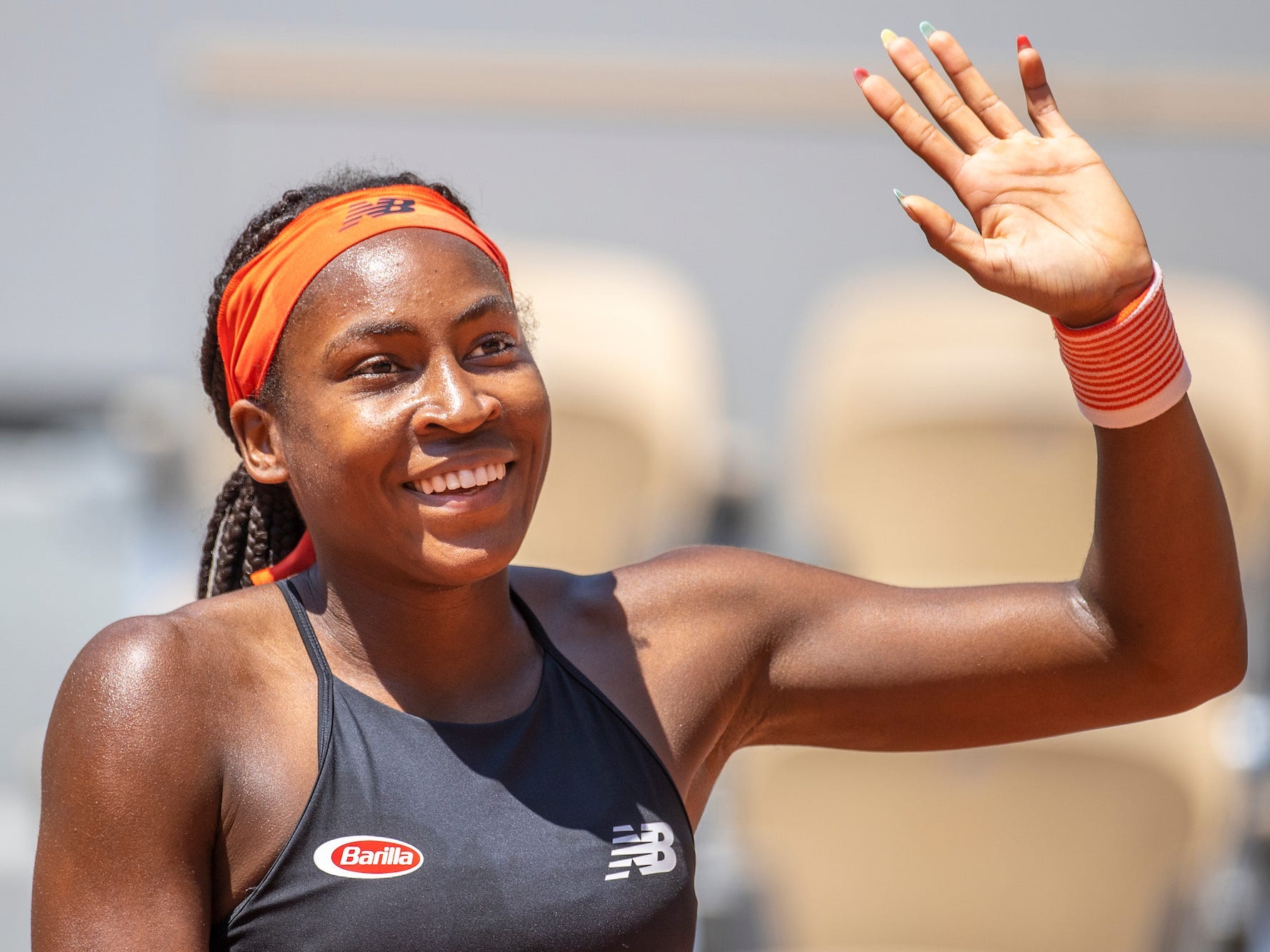 Roger Federer once ‘attacked’ Novak Djokovic when he was a teenager, the Serbian star’s dad has claimed without evidence

No evidence was offered to substantiate Djokovic senior's claim, and he did not explain what he meant by the term "attack." 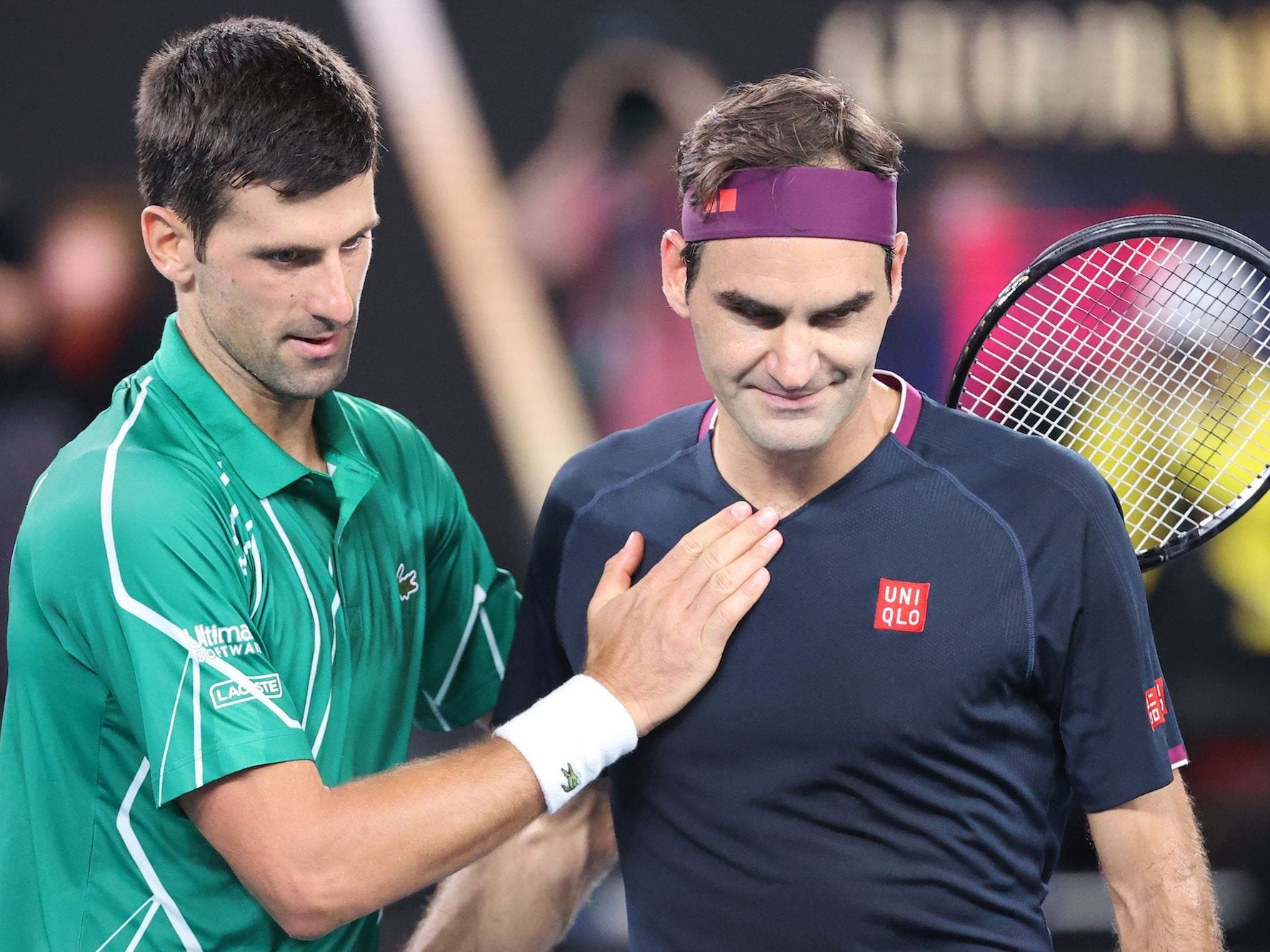 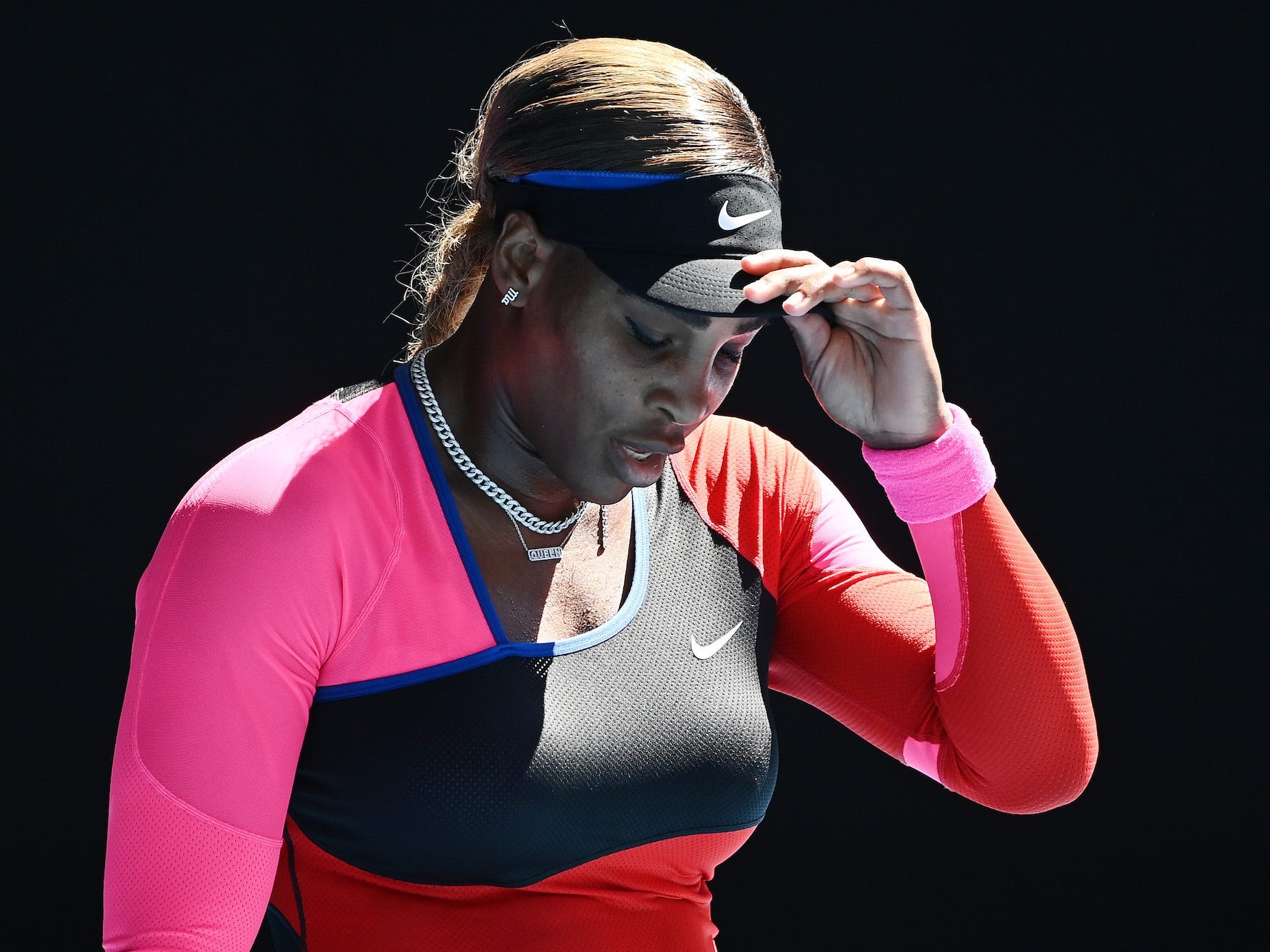 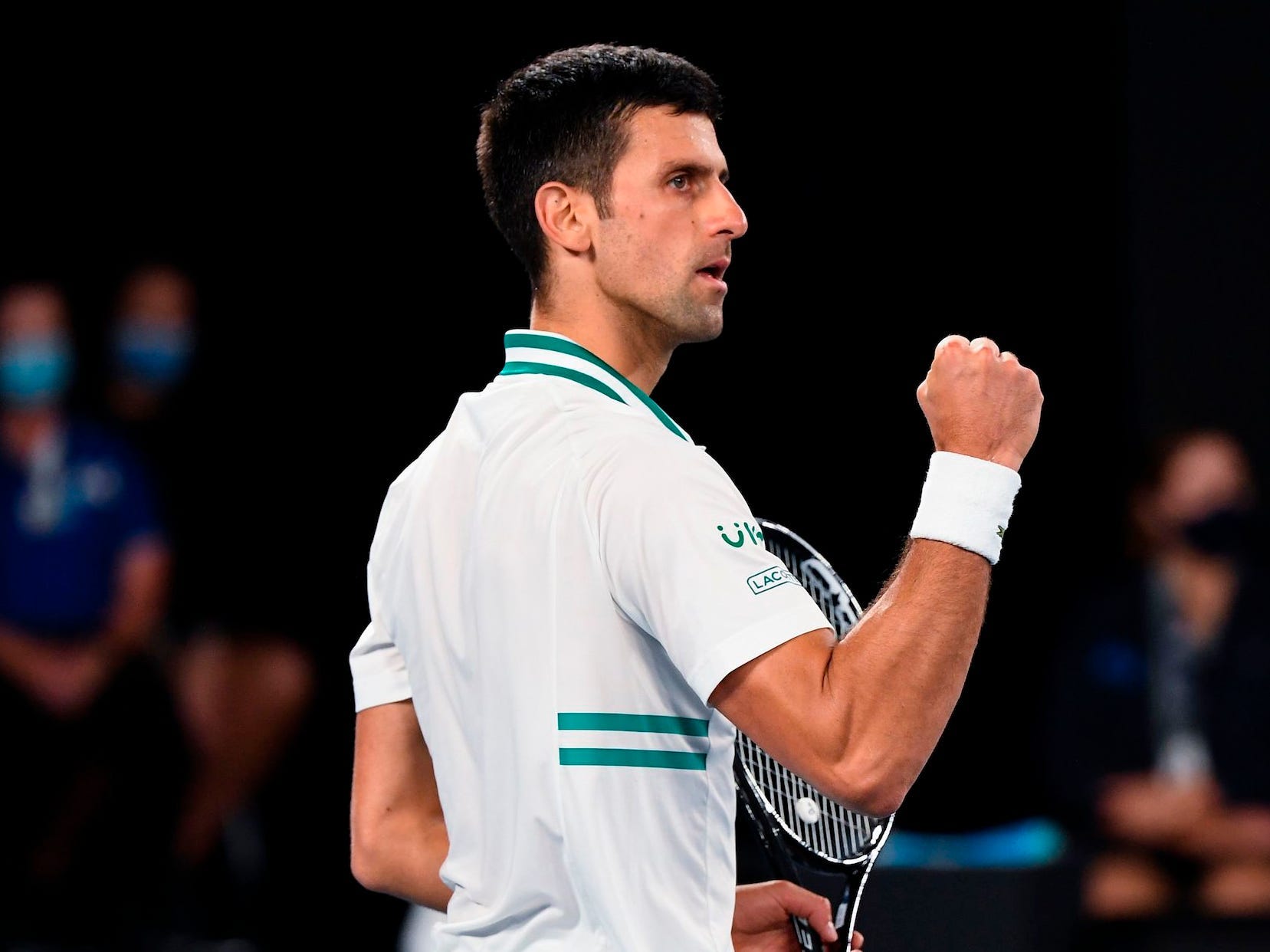 Novak Djokovic said it's a "thrill" to "experience her greatness" and that he's "proud and honored to be playing at the same time" as Serena Williams. 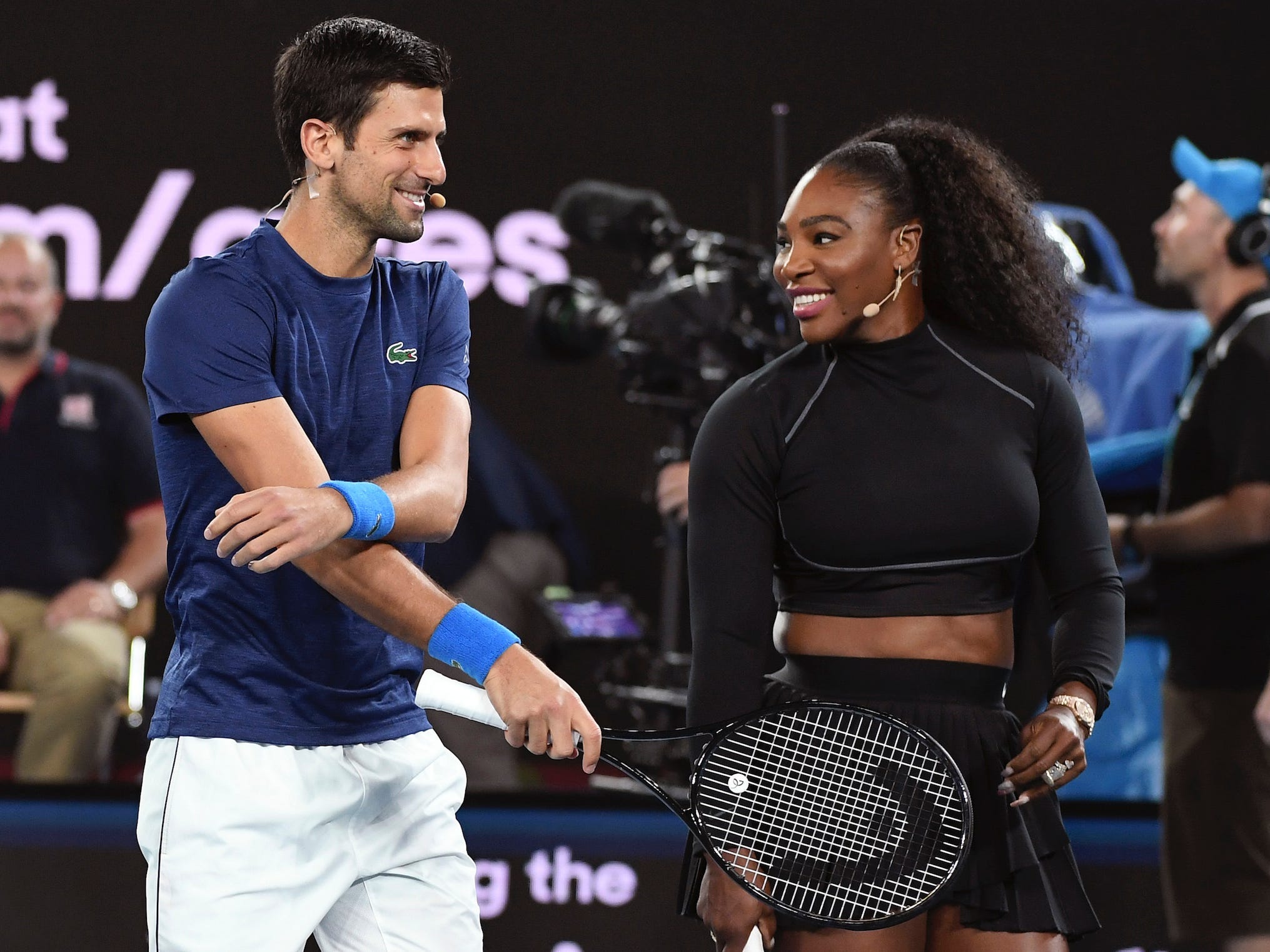 A butterfly visited Novak Djokovic as he cruised to the Australian Open final, and fans are saying it’s a victory omen

A butterfly also landed on the face of Naomi Osaka face during her third round victory over Ons Jabeur. She is now in the final like Djokovic. 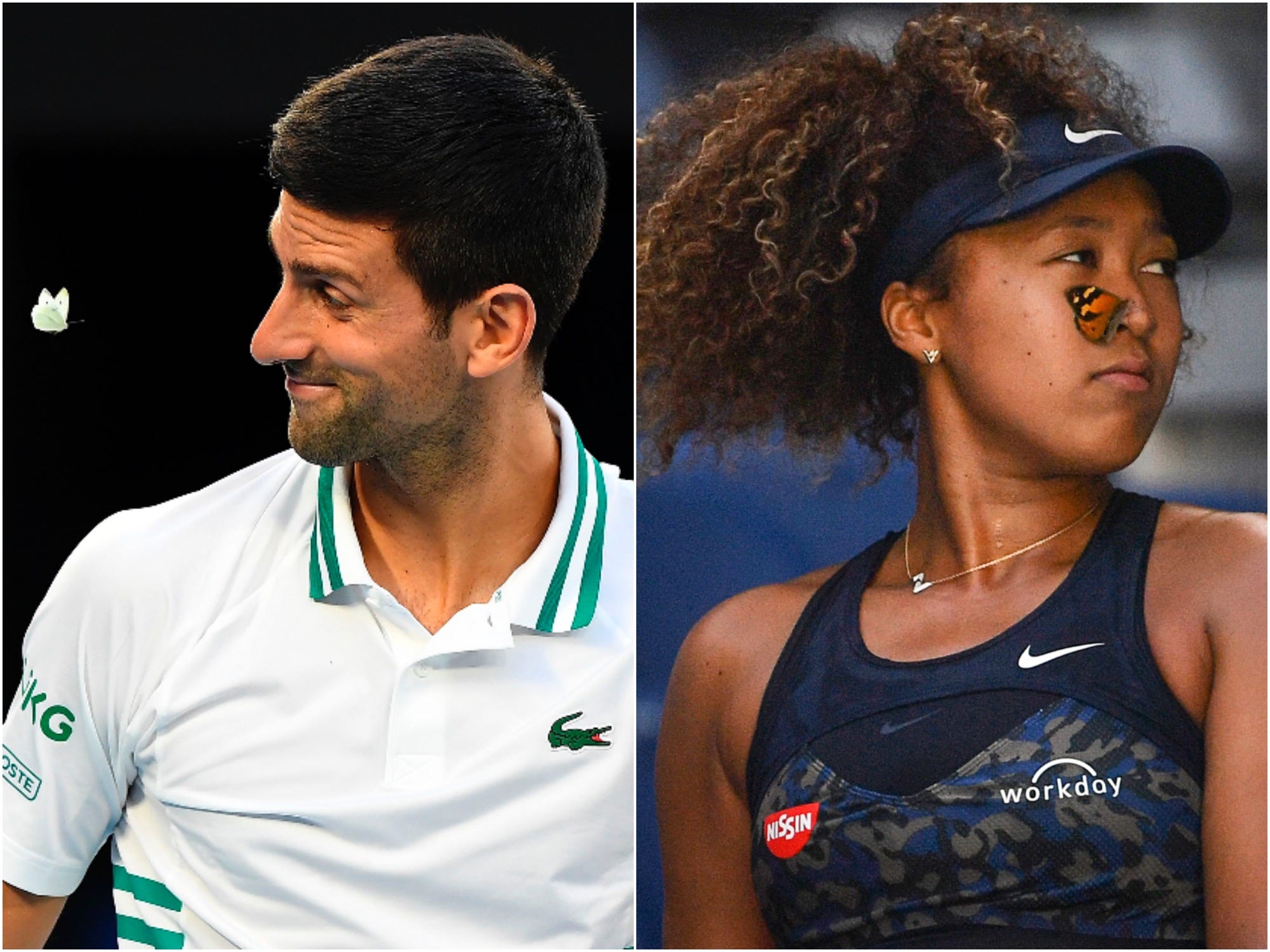 Novak Djokovic smashed his racket in the most violent way possible, then came from behind to book his place in the Australian Open semis

Novak Djokovic smashed a tennis racket in the most violent way possible as he beat Alexander Zverev. The Serbian came from behind to beat Zverev in four sets at the Australian Open on Tuesday. “We pushed each other to the limit,” Djokovic said after progressing to the semifinals. Visit Insider’s […] 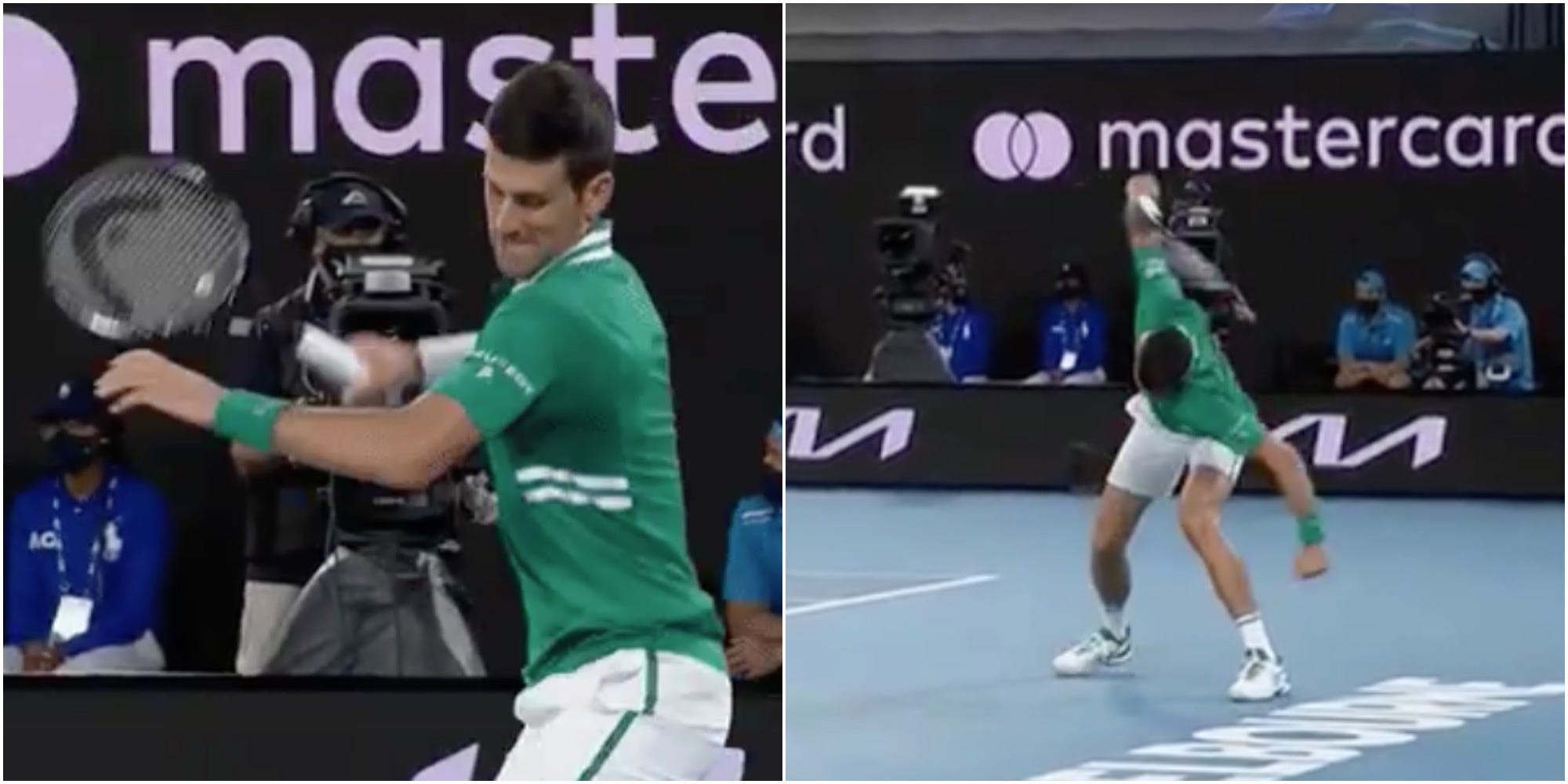 Novak Djokovic smashed his racket in the most violent way possible, then came from behind to book his place in the Australian Open semis

World number one Djokovic broke his racket so badly that a ball kid had to come and sweep up the mess. 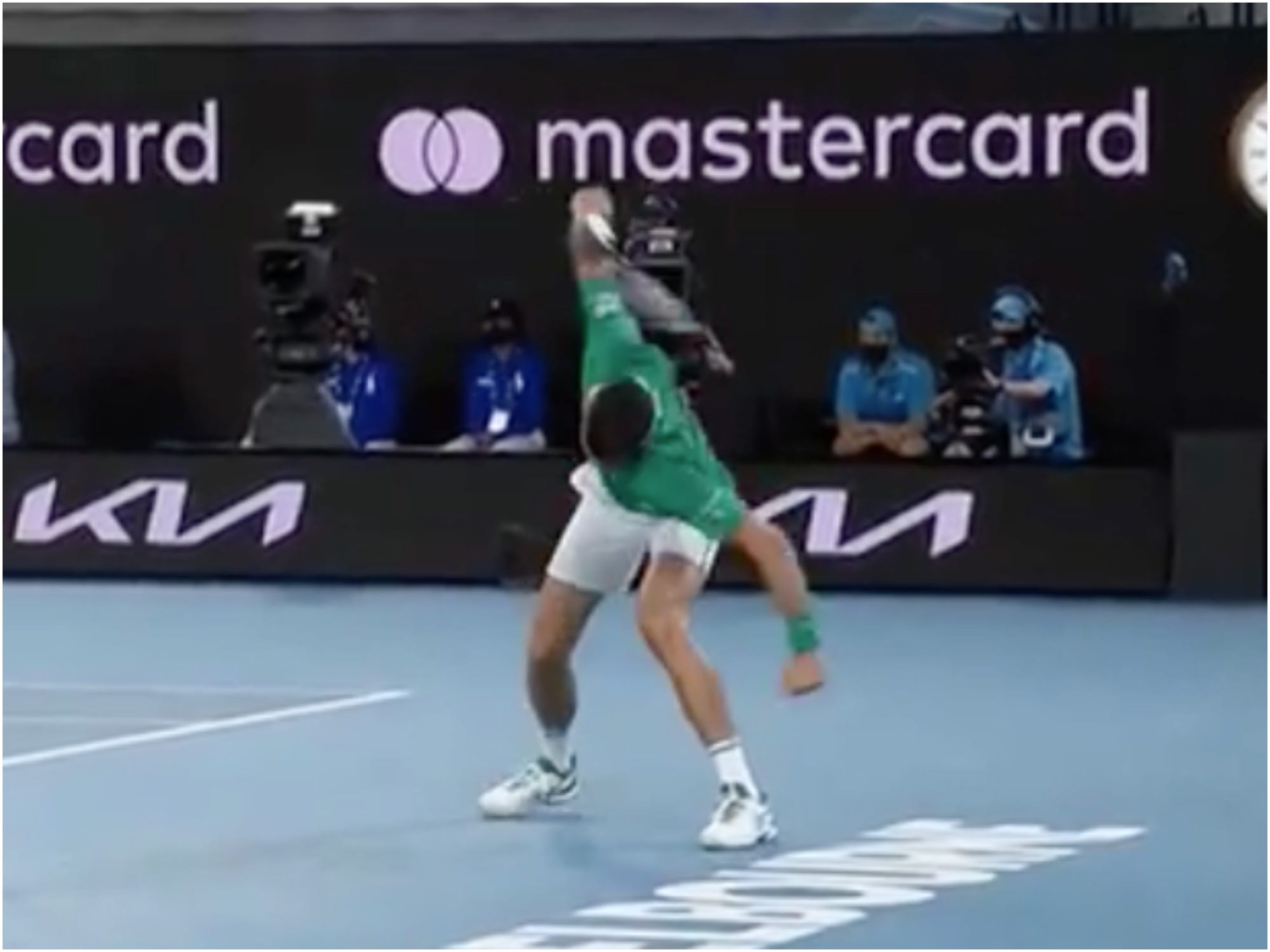