Disney dropped its Halloween collection early, and it includes plenty of wearables and home decor. Some highlights include a Jack Skellington pillow and Jack and Sally salt and pepper shakers inspired by “The Nightmare Before Christmas.” The collection also features Halloween-themed hand towels, T-shirts, doormats, board games, and more. Visit […] 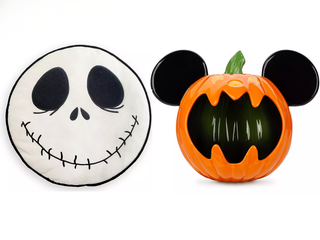 You can buy Disney-themed bouquets, including a ‘Nightmare Before Christmas’ one in a coffin-shaped box 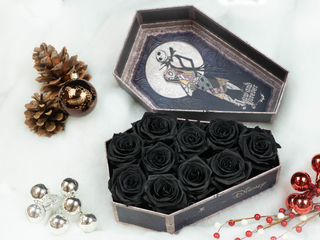 A company is hosting “Nightmare Before Christmas”-themed festivals and booze cruises across the United States. The first Nightmare Before Brews Cruise departs from Portland, Oregon, on November 23. Events are happening in a number of US cities including Las Vegas, Nevada, and New Orleans, Louisiana. Tickets cost as little as […] There’s an adults-only ‘Nightmare Before Christmas’ festival happening this year, and tickets are just $13

A “Nightmare Before Christmas” festival is happening in Austin, Texas, on December 20. The event is only for adults aged 18 and older and it will feature plenty of photo opportunities, live performers, sing-alongs, and specialty cocktails to help attendees get into the spirit of the film. Tickets, which range […] “The Nightmare Before Christmas” (1993) is over two decades old and it’s widely considered to be a Halloween movie (even the film’s director agrees). The film’s songs were written before its script was. The movie is based on a poem that originally had just three characters. Visit Insider’s homepage for […] 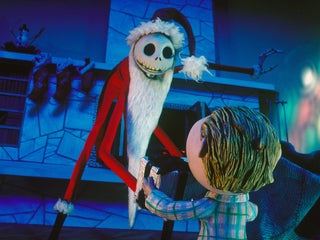