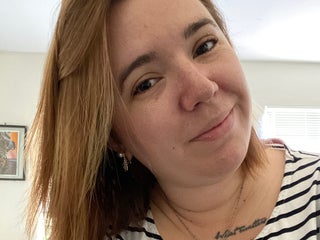 Scientists say there may be 6 types of sleepers, from ‘night owls’ to ‘woodcocks.’ Here’s how to find which one you are.

Traditionally, people label themselves as either night owls or morning larks. But according to research, there are probably many more chronotypes than that. For instance, “afternooners” are sleepy both in the morning and in the evening, and “nappers” are alert in the morning and the evening but sleepy in the […] What happens when a night owl lives like an early bird

There is a lot of advice out there about how to get the best night of sleep. But the fact that you can’t sleep might not be your fault. It turns out, night owls have an internal clock that functions differently. Forcing them to wake up early could have serious […] A new study found middle-aged nurses were less likely to develop depression if they were early birds, compared to those who were later risers. There wasn’t an increase in risk for night owls. But the study has a fair few limitations, meaning it is not clear if their chronotype was […] Even if you’re always tired in the mornings, you might still not be a night owl. Plenty of so-called night owls are actually just going to bed too late. Sleep procrastinators are usually distracted by their phones or computers, but they’re not creating the same high-quality work that true night […] People with a night-owl chronotype can struggle with a fixed 9-to-5 routine. Failing to get to sleep early can mean you don’t get a consistent eight hours a night. A lack of sleep has been associated with an increased risk of early death. But according to new research, you might […] Night owls might feel too intimidated (or tired) to design their own morning routine. But productivity experts say morning routines can be beneficial even if it’s only a 10- or 20-minute add-on to your morning activities. Start by identifying one habit you wish you had – writing, reading, meditating, and […] Our internal body clocks – or circadian rhythms – keep our bodies in sync. If our cycle is disrupted, this can cause health problems. A new study suggests an interrupted body clock cycle is associated with an increased risk of mood disorders like depression. Further research is needed to determine […] Night owls have a higher risk of dying than morning people, according to a study of nearly half a million people The death of a 20-year-old college student following an event described...