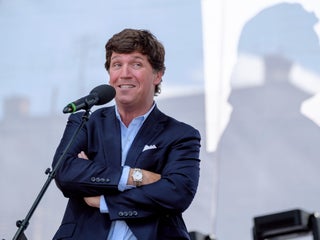 Trump hinted he might run again in 2024: ‘If you love the country you have no choice’

Trump suggested to Nigel Farage that he enjoys his current life, but would consider another run for the presidency. 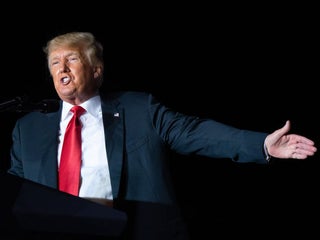 Nigel Farage did not show up to his own party's conference in Manchester, the first held since he stepped down as leader of Reform UK. 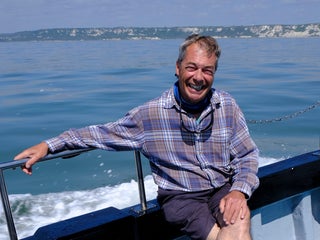 The Former Brexit Party leader was tricked into wishing one user of the Cameo video-sharing app into wishing a happy birthday to a "Hugh Janus." 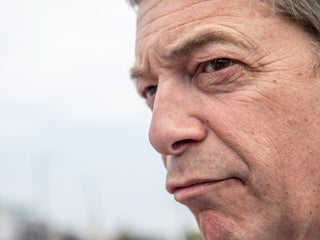 Nigel Farage told Newsmax that "nobody in the world, in history" has done more for people of colour than the British royal family. 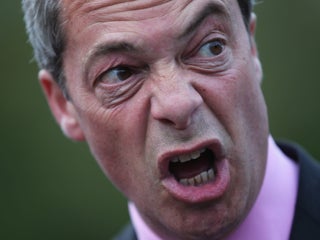 ‘The Farage Garage’: Thousands have signed a petition to name a massive Brexit lorry park after Nigel Farage 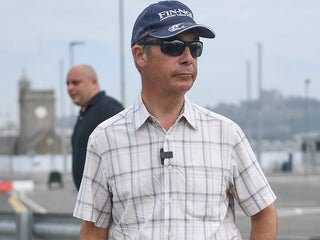 A House committee is investigating why Nigel Farage was allowed to enter the US to attend a Trump rally in Tulsa amid the pandemic. The Department of Homeland Security had permitted the leader of the Brexit Party to enter the US last Friday, despite coronavirus restrictions, saying it was “in […] 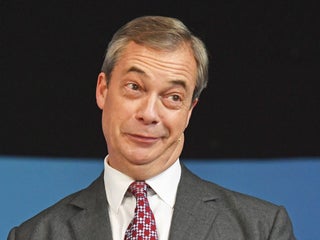 Brexit Party leader Nigel Farage was denied boarding while trying to fly from the UK to the US for President Donald Trump’s campaign rally in Oklahoma. The Department of Homeland Security conducted a review and made an exception for Farage. The agency said it determined Farage’s travel “would be in […] 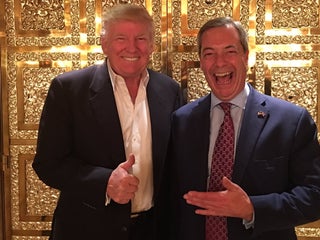 Nigel Farage leaves LBC Radio “with immediate effect.” A spokesperson for the station said his departure came ahead of his scheduled contract renewal. Sources at the station told Business Insider his departure followed intense disquiet among his former colleagues about comments he’d made this week about Black Lives Matters protesters. […] 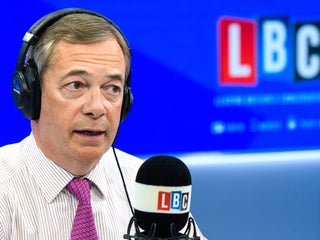 The pound is soaring after Nigel Farage, the leader of the Brexit Party, announced that his Brexit party won’t contest the Conservatives in Conservative-held seats in the upcoming snap election. The pound jumped 0.9% to the dollar on the news at lunchtime in London. “A clear, decisive election win for […] Nigel Farage said on Monday that he would stand down Brexit Party candidates in all Conservative-held seats. Farage said he made the decision in order to prevent a hung Parliament dominated by Remain-supporting MPs. However, the party will still stand in the Labour seats the Conservatives need to win a […] Boris Johnson is certain to refuse Brexit Party leader Nigel Farage’s offer of a “Leave alliance” with the Conservatives at the forthcoming general election. Farage said that if prime minister was willing to drop his Brexit deal by November 14, the two party leaders could form an electoral pact to […] Nigel Farage warns Boris Johnson that the Brexit Party will stand in every seat in Britain at the next election unless the prime minister ditches his Brexit deal. The Brexit Party leader said the government’s agreement with Brussels was “not Brexit.” Farage said his party would stand aside for the […] The man who threw a milkshake over Nigel Farage got 150 hours community service, lost his job, and was made to pay Farage’s dry cleaning bill

The man who doused Nigel Farage in milkshake was sentenced on Tuesday, and punished with a fine and 150 hours of community service. A court hearing in Newcastle, England, also heard that Paul Crowther lost his job as a technical advisor for telecoms company Sky. Crowther pleaded guilty to common […] Labour won the Peterborough by-election. It beat the Brexit party by just 683 votes. The result averts a crisis for Labour leader Jeremy Corbyn, but the strong second place result for Nigel Farage’s party poses problems for both major parties. The Lib Dems also increase their vote as Conservatives and […] Donald Trump says he may meet with “very good guys” Boris Johnson and Nigel Farage when he arrives in the UK next week. Johnson is the current favourite to replace Theresa May as prime minister this summer, while Farage’s Brexit Party won the recent European elections in the UK. Trump’s […] Statistics from the European election results in the UK suggest that Remain would have won, easily, if this had been a “proxy” referendum on Britain’s membership in the European Union. Nigel Farage’s Brexit Party and Brexit supporters inside the Conservative Party are now likely to fight tooth and nail against […] Brexit Party leader Nigel Farage refused to leave his bus after people surrounded the vehicle and threatened to throw milkshakes at him. Farage was struck by a milkshake earlier this week while campaigning for the European elections, which take place on Thursday. He eventually left the bus, but stayed close […] Police have requested that a Scotland McDonald’s stop selling milkshakes while Brexit Party leader Nigel Farage was in Edinburgh for a campaigning event, according to CNN. They made the request to prevent protesters from taking part in a trend that has Britain’s far-right activists being dunked with milkshakes by opponents. […]

Support for the Conservative party continues to collapse following Theresa May’s decision to delay Brexit. Nigel Farage’s Brexit Party is heading for a major victory in the European elections according to a new YouGov poll. YouGov found that support for both major parties is collapsing as voters switch to smaller […]