Aaron Donald will play in the Los Angeles Rams’ playoff game against the Green Bay Packers. Donald injured his ribs against the Seattle Seahawks and did not return to the game. XTech created a one-of-a-kind, “military-grade,” set of shoulder pads to protect Donald’s ribs. Visit Insider’s homepage for more stories. […] 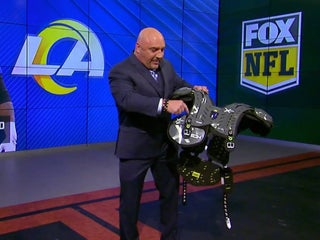 The Tennessee Titans promoted kicker Sam Sloman to the roster after their Stephen Gostkowski was placed on the COVID-19/reserve list. Sloman hit all seven of his kicks in Week 17, including the game-winning field goal that clinched the AFC South for the Titans. Titans safety Kevin Byard later told reporters […] 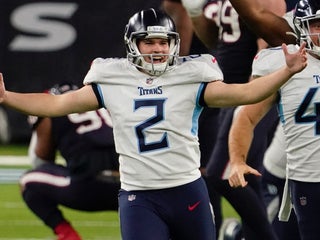 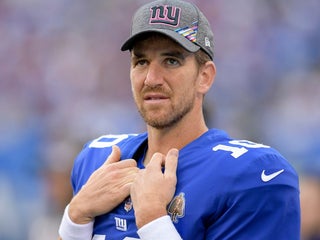 Deshaun Watson appeared to ask the Kansas City Cheifs’ bench “Who’s that?” when a defender trash-talked him during their Divisional Round playoff matchup. Watson’s slight came when Chiefs defensive end Tanoh Kpassagnon got in the quarterback’s face with time winding down in the second quarter. Despite being heavy underdogs heading […] Season 19 “The Bachelor” contestant Jade Roper-Tolbert appears to have won $US1,000,000 playing DraftKings during this weekend’s NFLplayoffs. Some Twitter users are questioning whether Roper-Tolbert colluded with her husband to maximise her DraftKings entries and give her an unfair advantage on the gambling site. Still, the replies to Roper’s announcement […] NFL POWER RANKINGS: Where all 12 playoff teams stand heading into the wild-card round

After 17 weeks of NFL football, just 12 teams remain heading into the postseason. The Baltimore Ravens have been the best team in football for much of the year, but they’re still three wins away from becoming Super Bowl champions. Meanwhile, there’s plenty of talented teams playing in wild-card weekend […] The San Francisco 49ers beat the Seattle Seahawks in dramatic fashion on Sunday, thanks to a botched possession by the Seahawks, a potential missed penalty, and a last-second goal-line stop. With the win, the 49ers secured the division, a first-round bye, and home-field advantage through the playoffs. Several other teams […] The Kansas City Chiefs, New England Patriots, Los Angeles Rams, and New Orleans Saints are the last teams remaining in contention for Super Bowl LIII. For the first time in NFL history, the four highest-scoring offenses reached the conference championship games. Once upon a time, strong defence was the ticket […] The NFL playoffs are here, and the bracket is set! The Saints, the Rams, and the Chiefs have dominated all season, but it’s hard to doubt the trusty Patriots, the Chargers, or the surging Colts and Eagles. The wild-card round begins this weekend, and of course, the four teams with […] The NFL playoff picture is still up in the air as the season heads into its Week 17 finale. In the AFC, the Pittsburgh Steelers and Baltimore Ravens are competing to clinch the AFC North, while the Tennessee Titans and Indianapolis Colts try to win the AFC South or the […] The Steelers’ bold decision to try a fake punt disastrously backfired, and it could wind up costing them a spot in the playoffs

The Steelers lost to the Saints on Sunday in a game with major playoff ramifications for both teams. The key play of the game came from the Steelers, with head coach Mike Tomlin opting for a gutsy fake punt call late in the fourth quarter that ultimately backfired. While the […] The Cleveland Browns can still make the playoffs, but they need 5 things to happen including one near-miracle

At 6-7-1, the Cleveland Browns have secured their best season in years. While it’s a longshot, the Browns can still make the playoffs, though they will need a lot of help. The Browns first need to win their final two games of the year, and then things get weird. The […] The race for the NFL playoffs is on, with five teams essentially competing for one remaining spot in the NFC. The Vikings, Panthers, Eagles, Redskins, and Packers are all still alive but will need an impressive final three weeks to sneak into the postseason. Each team has reasons to believe […] The NFC has suddenly fallen apart, and somehow, the Packers aren’t dead yet

The Green Bay Packers have had a rough season, but amazingly, still have a shot at the playoffs. The Packers will have to win out to finish 8-7-1 on the season and make the last Wild Card spot in the NFC. They’re still alive because the teams in front of […] Tom Brady wore a special tape on his injured right thumb during the AFC Championship Game. That tape was sent to the Patriots a few days before the game after a demonstration for a mysterious doctor at a baseball convention. The kinesiology tape is becoming more popular among athletes and […]