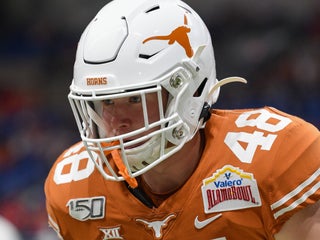 The first round of the 2019 NFL draft begins on Thursday night at 8 p.m. Football fans can watch all three days of the draft on ESPN, ABC, or NFL Network, depending on their preference. This year, Nashville, Tennessee is hosting the draft. Visit Business Insider’s homepage for more stories. […]

NFL Network analysts Marshall Faulk, Ike Taylor, and Heath Evans, and former NNFL Network employees Donovan McNabb and Eric Weinberger are accused of sexual harassment and assault in a lawsuit by Jami Cantor, a former stylist at the network. The lawsuit accuses the five men of sending inappropriate and sexual […]

The NFL has a simple, but important problem with ‘Thursday Night Football’ — people don’t know what channel it is on

When "Thursday Night Football" made its debut... It has been a rough season for the Bucs who fell to 0-7 after their blowout loss to the Panthers on Thursday Night Football. However, the game did produce what may go down as the highlight of their season. The Bucs have a cannon that fires when they score or […] How long before a comedian is hosting the draft? Super Bowl media day is full of awkward moments, but none have been more awkward than when Alex Smith walked out and stood among the media while his replacement, Colin Kaepernick, sat at his own podium. Well, this didn’t sit well with NFL Network commentator Deion Sanders. Sam Gordon, the little girl who is dominating her all boys football league, went on NFL Gameday Morning this Sunday and showed the world her football skills against former pros Warren Sapp and Marshall Faulk. Did An NFL Network Commentator Interrupt A Game By Being On The Field?

When the NFL Network returned from commercial during last night’s matchup between the Chargers and Chiefs, commentator Rich Eisen was on the field to preview the network’s halftime show (see video below). And he was not just on the sideline. He was actually on the field of play.