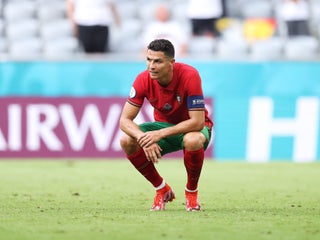 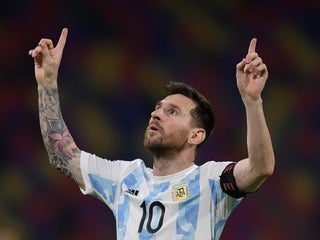 Neymar, who denies the accusation, split with Nike in August last year after a 15-year business partnership. 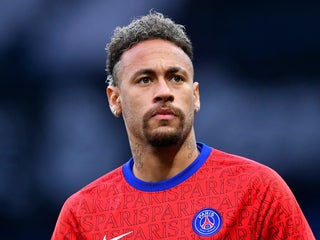 Neymar says he wants more than anything for Lionel Messi to move to Paris, and that it must happen ‘next season’

Paris Saint Germain forward Neymar says he wants more than anything to play with Lionel Messi again and that it must happen “next season.” “He can play in my place, I have no problem with that! But I want to play with him next year, for sure,” the Brazilian said […] 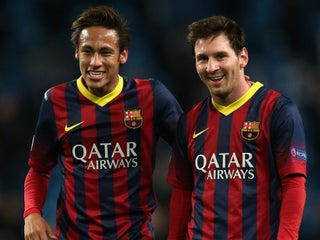 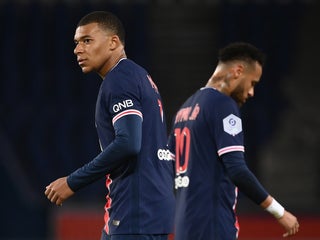 Marseille defender Alvaro Gonzalez says he received 2 million WhatsApp messages, including death threats, from angry fans after being accused of racially abusing Neymar. Neymar accused the Spaniard of calling him a “monkey” during a match in September, but he was cleared of any wrongdoing. “Every night I go to […] 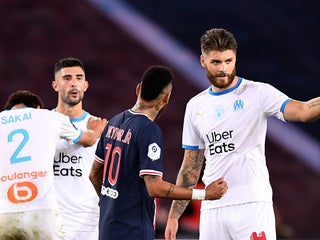 Neymar was one of five players sent off as Paris Saint Germain’s 1-0 defeat to Olympique Marseille on Sunday ended in a mass brawl. The Brazilian, who saw red for punching Marseille’s Alvaro Gonzalez, later said on Twitter that the Spaniard had called him a “monkey.” Gonzalez has denied the […] 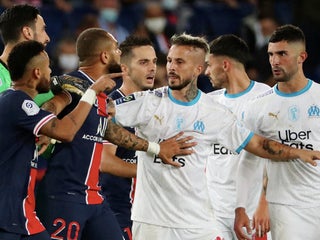 Neymar is one of three Paris Saint Germain players who have tested positive for COVID-19, reports French newspaper L’Equipe. Angel Di Maria and Leandro Paredes are the other two players infected, L’Equipe said. All three were tested upon their return from Ibiza, where they had been vacationing since club’s defeat […] 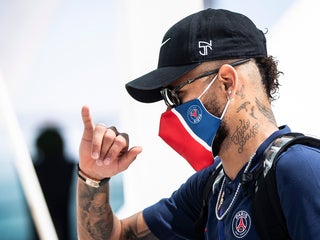 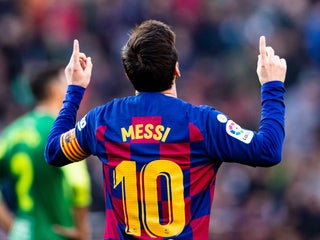 A journeyman Brazilian footballer you’ve probably never heard of says he was better than Messi, Ronaldo, and Neymar

Former Brazil forward Edilson says he was better than Lionel Messi, Cristiano Ronaldo, and Neymar during his prime. You’ve probably never heard of him. He played for 18 different clubs in a 16 year professional career, and was part of Brazil’s World Cup-winning squad in 2002. The 48-year-old made the […] 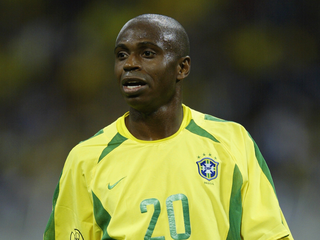 Neymar inspires Paris Saint Germain to victory over Dortmund, keeping alive its hopes of a first ever Champions League trophy

Neymar was the star man as Paris Saint Germain beat Borussia Dortmund in the UEFA Champions League to keep alive its hopes of a first ever major European trophy. The Brazilian opened the scoring at an empty Le Parc des Princes in the 28th minute with a diving header, and […] 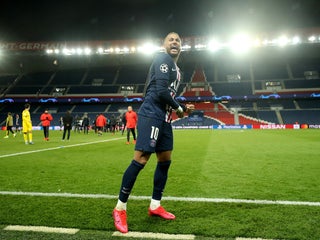 Neymar was sent off in the final minutes of PSG’s game on Sunday. He could now attend Brazil’s Carnival for the 6th year running — even though it’s right in the middle of the soccer season.

Neymar’s red card during Paris Saint Germain’s 4-3 win over Bordeaux means he could be able to celebrate Carnival in Brazil for the sixth year running. The Brazilian pick up a second yellow during Sunday’s match after lashing out in the 92nd minute, meaning he will be suspended when PSG […] 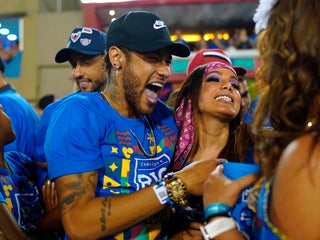 Neymar celebrated his 28th birthday in style on Sunday by hosting a lavish party at one of Paris’ hottest nightclubs. He will now miss Paris Saint Germain’s match against Nantes on Tuesday. Manager Thomas Tuchel criticised Neymar and his teammates for not preparing properly, though a club statement says the […] Neymar is now so good at football that if he only scores one goal then ‘he didn’t have a good match,’ PSG teammate says

Neymar is now so good at football that if he only scores one goal a game then ‘he didn’t have a good match,’ his Paris Saint-Germain teammate Thomas Meunier said. “He is sensational,”Meunier told Goal. The Brazilian has scored 15 times this term, most recently twice in a 2-0 victory […] Kobe Bryant died in a helicopter crash at the age of 41. Neymar is a well-known NBA fan and honoured Bryant after scoring his second goal on Sunday for Paris Saint-Germain. Neymar flashed the numbers two and four, a reference to Kobe’s number, and then held his hands in prayer […] Neymar has suffered yet another injury. The 27-year-old limped off just 12 minutes into Brazil’s 1-1 draw with Nigeria on Sunday, clutching his hamstring. The extent of the injury is yet unknown, with Sky Sports reporting he will be examined by Paris Saint Germain doctors upon his return to France. […] Dani Alves says Neymar’s ‘happiness is in Barcelona,’ and he thinks his former teammate should leave PSG and return to Camp Nou

Brazilian footballer Dani Alves believes Neymar’s happiness still lies in Barcelona, and he thinks his former teammate should leave Paris Saint Germain and return to Camp Nou. “Regarding Neymar, I still think his happiness is in Barcelona,” Alves told Business Insider. “I believe he’d find happiness in continuing the success […] Neymar was booed by PSG fans against RC Strasbourg, but silenced them by scoring an injury time overhead kick to win the game

Neymar scored the winner in Paris Saint-Germain’s 1-0 victory over RC Strasbourg at the weekend. It was the Brazilian’s first game for the Ligue 1 champions in 162 days. PSG fans booed the forward throughout the game – until he scored a spectacular overhead kick in the 92nd minute. Watch […] The woman who accused Neymar of raping her has been charged with fraud, extortion and slander by Brazilian police

The woman who accused Neymar of raping her has been charged with fraud, extortion, and slander by Brazilian police,Reuters reports. Najila Trindade told Brazilian television channel SBT earlier this year that the Paris Saint-Germain star had violently assaulted and raped her in a Paris hotel room in May. Neymar denied […] Neymar cost Paris Saint-Germain $US250 million in 2017 but has been a massive waste of money. The amount Paris has spent on his wages in the two years since means each goal or assist the forward has contributed has cost more than $US1 million. When compared to his peers, this […]