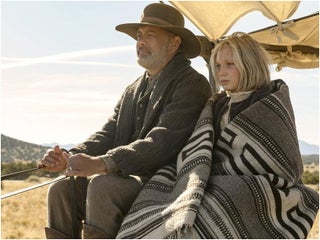 12-year-old “News of the World” actress Helena Zengel said that Tom Hanks would cry off-camera during scenes he wasn’t in to help her reach the emotion she needed. Zengel said: “Doing it again and again for your partner when you don’t even see yourself in the movie was really amazing […] 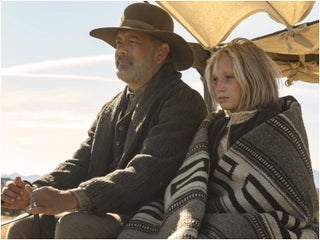 A London court handling the infamous News Of The World trial has heard that two of the high-profile executives accused of conspiracy were involved in a 6-year love affair. Prosecutor Andrew Edis revealed the secret relationship between Rebekah Brooks and Andy Coulson in his opening statement to the court, arguing […]

[credit provider=”adweek.com”] Five employees who worked at The Trinity Mirror newspaper group have now been arrested in connection with the celebrity phone-hacking scandal, Bloomberg reports.CNN host Piers Morgan is a former editor of The Mirror, and of the News of the World, the Rupert Murdoch paper that was shuttered when […] [credit provider=”AP”] Tomorrow Londoners will go to the poll to decide whether they want to reelect the Labour Party’s “Red” Ken Livingstone, or keep their incumbent Conservative Boris Johnson.Johnson is currently favourite to win, and fans of gaffes should be please — right now Johnson may be one of most […] Here’s How The Murdochs Are Getting The Last Laugh

For those in the US, we have to wonder sometimes if the Leveson Inquiry — the government investigation opened last year into the conduct of press following the discovery of widespread phone hacking by Rupert Murdoch’s now defunct News of the World — is really worth paying attention to. It […] [credit provider=”Christopher Furlong/Getty Images”] A former reporter on the News of the World newspaper, the defunct News Corp British paper at the heart of phone-hacking and corruption allegations, said he lost his job as crime correspondent because he refused to bribe police officers.Jeff Edwards, who worked for the paper from […] Here’s Why James Murdoch Had To Quit

[credit provider=”AdrianDennis/AFP/Getty Images/NYMag.com”] James Murdoch is finally out at News International, News Corp’s wing for its British newspapers.Given the hubbub about the news this morning, you might think that the announcement was a surprise, but in reality it has always seemed inevitable.

LONDON (AP) — British police gave former News of the World editor Rebekah Brooks a retired police steed to look after, the force confirmed Tuesday — but they insisted it was not a gift horse. [credit provider=”Getty / Handout”] Rupert Murdoch’s Sunday edition of his biggest British paper, The Sun, has sold over 3 million copies in its first week, the Guardian reports.Murdoch tweeted the news yesterday, which appears to have been confirmed today. [credit provider=”pressgazette.co.uk”] It’s been a good six months since Rupert Murdoch shut down the 168-year-old News of the World newspaper after allegations were made about the widespread practice of phone-hacking at the newspaper.His other UK newpapers have largely escaped unscathed — despite allegations. Rebekah Brooks got her big start working as a secretary for the News of the World more than 20 years ago. [credit provider=”AP”] Kelvin MacKenzie, former editor of The Sun, told the Leveson Inquiry today that the erstwhile Prime Minister Brown had “roared” at Rupert Murdoch on the phone for 20 minutes, The Telegraph reports.The trouble began when The Sun, a British newspaper owned by News Corp, changed its political allegiance […]