‘Your silence is an insult to our grief’: Facebook infuriated a New Zealand official with its sluggish response to the Christchurch massacre

New Zealand’s top privacy official is attacking Facebook for its lack of communication following the Christchurch massacre earlier this month. Privacy Commissioner John Edwards shared an email he sent to Facebook’s executives with the New Zealand Herald, in which he said: “Your silence is an insult to our grief.” Edwards […] Facebook CEO Mark Zuckerberg wants to recast himself as the guardian of people’s privacy – but it could come at a cost to safety on his platform. The shift to encrypted messaging will make it much harder to detect the spread of hideous videos, like the one of the New […] Facebook has said it deployed experimental audio tech to support its AI in detecting and blocking copies of the New Zealand mosque shootings video. In a blog published on Wednesday, the social media company admitted its use of AI for detecting harmful content was “not perfect.” Facebook has faced widespread […] Facebook has rejected the idea that putting a time delay on live videos would stop harmful content, such as the New Zealand mosque shootings, from being broadcast to its billions of users. Facebook said the volume of live video made it difficult to police even with a time delay, while […] ‘This is what leadership looks like’: Alexandria Ocasio-Cortez applauds New Zealand for moving to ban assault weapons New Zealand Prime Minister Jacinda Ardern has been praised for her response to the coronavirus pandemic, with some saying she ‘squashed’ the curve. Here’s everything you need to know about her.

New Zealand Prime Minister Jacinda Ardern responded to the coronavirus pandemic by closing New Zealand’s bordersand focusing on eliminating rather than containing the virus, and the country saw a decrease in cases 10 days later. According to Anna Fifield, the Washington Post’s Beijing bureau chief, this means Ardern essentially got […] 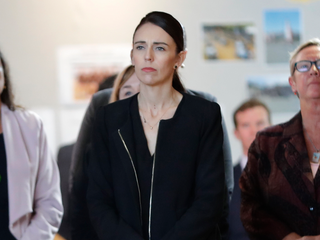 Big tech is coming under renewed political pressure following the mass shootings at two New Zealand mosques on Friday. The attack was livestreamed on Facebook before spreading like wildfire online, leaving tech companies scrambling to block the footage. The CEOs of Facebook, YouTube, Twitter, and Microsoft have been asked to […] Facebook says no one reported the New Zealand mosque shootings live video. But a reporter says he raised the alarm mid-attack.

Facebook on Monday said no users reported the video of the New Zealand mosque shootings while it was still live. This was disputed by a reporter for Right Wing Watch, who said he was alerted to the live video and raised the alarm immediately. “I definitely remember reporting this but […] YouTube said videos of the mass shooting at two mosques in Christchurch, New Zealand, were being uploaded at an “unprecedented” speed last Friday. YouTube’s Chief Product Officer Neal Mohan told The Washington Post that his team removed human moderators, instead letting AI unilaterally block videos. Even then not everything was […]