Tim Cahill scored just seconds into the New York Red Bulls’ 3-0 win over the Houston Dynamo, setting the record for the fastest goal ever scored in an MLS match. Cahill played a long pass off his chest and quickly delivered a strike to the upper corner from just outside […] If you missed the end of the New York Red Bulls loss to the San Jose Earthquakes last night, you’re not alone. But while everybody was gushing over DeAndre Jordan, the Red Bulls blew a late lead in epic fashion. [credit provider=”NBC Sports”] Dramatic stuff in the MLS Playoffs last night, when DC United knocked out the New York Red Bulls in a chaotic 1-0 win.It was 0-0 in the 69th minute when NY was awarded a penalty kick after United’s goalie steamrolled striker Kenny Cooper in the box. MLS Tried To Play A Playoff Game In A Blizzard [credit provider=”Wikimedia Commons” url=”http://upload.wikimedia.org/wikipedia/commons/3/3c/Thierry_Henry_control_New_York_Red_Bulls_2010.jpg”] The New York Red Bulls play the last 2012 home game – which they must win in order to make the playoffs – on Oct. 20. As at every home game this season, a guy in Section 101 of Red Bull Arena will hold up a […] Thierry Henry of the New York Red Bulls scored a magnificent goal today in the scorching heat to give New York a 1-0 win over the Chicago Fire. [credit provider=”New York Red Bulls” url=”http://www.facebook.com/media/set/?set=a.10150641629390264.385683.47526370263&type=3″] Major League Soccer commissioner Don Garber will make the biggest mistake of his career if he locates a second New York franchise on the West Side of Manhattan. Recent reports in the New York Times suggest he favours that option.A team in such close […] WATCH: A Soccer Player Loses His Cool And Nearly Decapitates A Woman

Because we don’t have enough Major League Soccer in our lives, here is video from the first half of tonight’s MLS playoff matchup between the Los Angeles Galaxy (that’s David Beckham’s team if you need a reference point) and New York Red Bulls (Thierry Henry’s team) 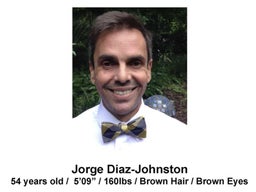 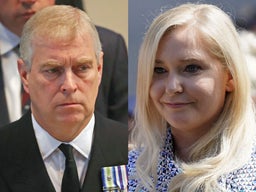