Meet the millennial New Yorkers dropping as much as $45,000 on interior designers to help pimp out their pandemic pads: ‘Time is the biggest luxury’ 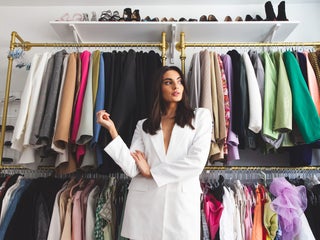 The pandemic spurred a migration away from New York City. But as vaccines rise and restrictions lift, people are returning in droves.

People are moving into New York City, particularly Manhattan and the Bronx, at higher rates than before the pandemic, data shows. 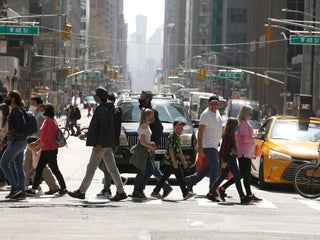 President Donald Trump is projected to be the eleventh incumbent president to lose his run for reelection. His marquee Trump Tower in midtown Manhattan has seen heavy security, protests, and political scrutiny during his time in power. In 2019, Bloomberg reported that the 238-unit condominium was New York’s “least desirable […] 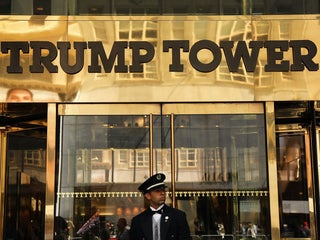 Apartment sales in New York City fell 40% by dollar value in 2019 compared to the year prior, according to a report by Ariel Property Advisors. There were 290 multifamily transactions in 2019, the first time the metric fell below 300 since 2010. The drop comes after a new law […] Adam Neumann stepped down as WeWork’s CEO on Tuesday, citing public scrutiny after The We Company filed for an initial public offering. But despite Neumann’s antics as CEO and decision to step down, WeWork still has some serious problems with its business. WeWork’s rapid expansion and business issues mean the […] The swanky Soho apartment previously owned by Kanye West and Kim Kardashian just chopped $400,000 off its asking price — here’s a look inside.

A Soho apartment once owned by Kanye West hit the market for $US4.7 million in September, a representative of luxury broker CORE Real Estate told Business Insider. In October, the apartment chopped $US400,000 off its asking price. The one-bedroom apartment features a home automation system, custom lighting and sound systems, […] Billionaire David Koch was one of the richest, most influential men in America — and he had a massive New York real estate portfolio

David Koch was one of the richest men in the world. He owned a handful of properties in New York including a $US40.25 million townhouse he reportedly paid for in cash. On August 23, 2019, he died at age 79. Visit Business Insider’s homepage for more stories. David Koch was […] Jeffrey Epstein, the financier, has been accused of sex trafficking minors by federal prosecutors, according to an indictment unsealed Monday. He is expected to appear in court later on Monday. The indictment, along with laying out forthcoming charges of child sex trafficking, indicates that prosecutors are seeking the forfeiture of […] New York City has a reputation for being one of the most expensive cities in the world. New York City’s high cost of living is due to its booming economy and large job market across a variety of industries. Rents in the city are reaching historic rates and 1.5 million […] There are too many multimillion-dollar mansions for sale in Los Angeles, and real-estate agents are going to extreme lengths to get them off the market

Los Angeles has too many megamansions and not enough buyers, reported Katherine Clarke for The Wall Street Journal. Real-estate agents and developers are turning to themed parties, gimmicky amenities, and $US100 million price cuts to get the megamansions off the market. From LA to NYC, gimmicks and price cuts are […] New York City has some of the country’s highest-paying jobs. Nearly 30% of New Yorkers make six-figure salaries. But a high income doesn’t render you impervious to the city’s high taxes and infamously high cost of living. From tiny, 260-square-foot apartments to above-average-priced milk, here’s what living in New York […] 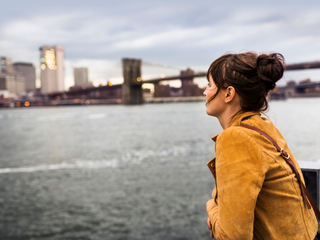 This magnificent New York estate is selling for a mere $500,000, and the owner says it’s haunted

There’s a 19th century Victorian estate in Albion, New York, listed for sale with a $US500,000 price tag. It’s been painstakingly restored over the last 11 years to it’s original grandeur. The listing comes with a rather unique feature: the owner says the home is haunted by the ghost of […] Nobody wants to buy ‘Versailles in Manhattan,’ an Upper East Side townhouse that has been on and off the market for 17 years — and it just got another price cut. Take a look inside.

“Versailles in Manhattan,” an Upper East Side townhouse, has been on and off the New York real-estate market since 2003. Its highest asking price was $US35 million in 2007, but now in the hands of residential brokers for the 13th time, it’s listed for $US17.5 million, Jennifer Gould of the […] 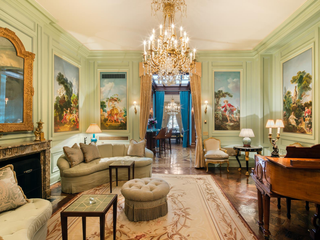