Whether you're new to the gym or returning from your pandemic-era home workouts, Life Time COO Jeff Zwiefel has tips for being on your best behavior. 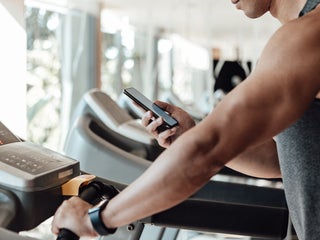 Author Tim Ferriss conducts a ‘past year review’ instead of setting new year’s resolutions. I tried it and already feel more productive.

I'm not good at sticking to new year's resolutions so I wondered if Tim Ferriss' alternative, five-step process could work for me instead. 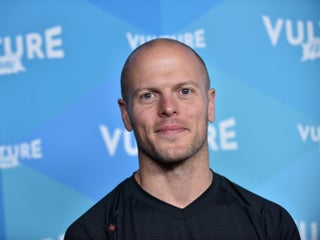 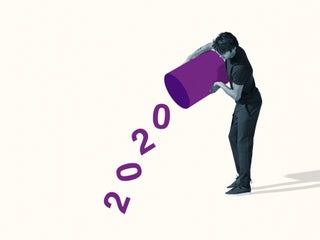 Facebook CEO Mark Zuckerberg is ditching his tradition of setting himself annual challenges. The 34-year-old billionaire exec said that he’s now handling more “social responsibility” and is raising a family. In previous years, his challenges have ranged from making an AI assistant to only eating meat from animals he killed […]

We tracked over 1,000 people’s gym habits throughout 2019, and found they didn’t ditch their resolutions by February

Insider Data surveyed more than 1,000 people six times over the course of 2019, and found more people go to the gym in February than January, and continue going well into the spring. For people who continue working out in April, they go more often than in earlier months, the […] PRESENTING: How to make a radical career switch, from entrepreneurs who jumped between industries and found big success

People change careers for many different reasons, and a new year can get you thinking about your next step. For some folks, that means leaving their nine-to-five job and starting a brand new career as an entrepreneur and business owner in a completely different industry. If you’re thinking about a […] Peloton faces an infamous challenge for gyms and retailers: people spend more and exercise more at certain times of year. The connected-fitness startup, which published its IPO filing this week, earned 63% of its annual revenue in the six months between October and March in both of its last two […] I’ve worked out four nights a week for 25 years. And I’ve noticed that personal trainers never tell their clients the three most important facts about lifelong fitness. They are: Don’t go to the nicest gym you can afford. Go to the one closest to your house. Yes, you can […]

If your new year’s resolution was “spend less time on my phone,” it can already feel challenging to stick to it. Google has some built-in tools to help you relax and de-stress, or use less technology altogether. There are 16 hidden features inside Google’s most popular products to help you […] A step-by-step guide to get richer, healthier, and happier in 31 days

Forget old-school self-help. With this 31-day guide full of sage life advice, you can head into the new year feeling confident to tackle anything. Tasks include overhauling your LinkedIn, practicing a new language, and setting a savings goal based on your age. Visit Business Insider’s homepage for more stories 2020 […] Many people make New Year’s resolutions, but few people actually see them through. Psychotherapist Jonathan Alpert told Business Insider three of the biggest reasons why our New Year’s resolutions fail. People often don’t make their resolutions specific enough, they’re worded too negatively, and they’re not relevant to the individual, he […] 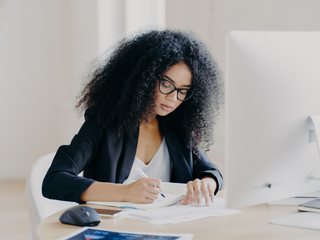 INSIDER polled more than 1,000 people living in the US about New Year’s resolutions, specifically how long they should last. Most Americans agree that, if you’re going to resolve to try something new in 2019, you should try to stick to it for at least a few months. That advice […] We asked 1,000 Americans what they think Trump’s New Year’s resolutions should be. Here’s what they told us.

How to actually make and keep New Year’s resolutions, according to a behavioural scientist INSIDER polled 1,102 people about their New Year’s resolutions, and many said their 2019 goal was diet-related. According to the poll, the most popular diets people want to try in 2019 are: low-carb, calorie restriction, keto, low-fat, and eating less meat. INSIDER asked three dietitians if these diet strategies can […]

INSIDER polled 1,102 people about their New Year’s resolutions, and nearly 400 said theirs was related to exercise. Most people said they want to join a gym, work out more, or work out a certain number of times per week. Three certified personal trainers told INSIDER that, in order for […]

How to quit smoking in 2019, according to experts

INSIDER polled 1,102 people about their New Year’s resolutions, and 80 said they want to quit smoking in 2019. The top five methods involve gradually reducing cigarette use, quitting cold turkey, switching to e-cigarettes, nicotine patches, and prescription medications. INSIDER asked three experts about these choices, and they said a […]

The top resolutions people want their spouses to make in 2019