Jeff Bezos turns 58 today. Here’s how he built Amazon into a $1.7 trillion company and became one of the world’s richest people.

Jeff Bezos got his start as a New York hedge-funder before driving across the country to start building Amazon. 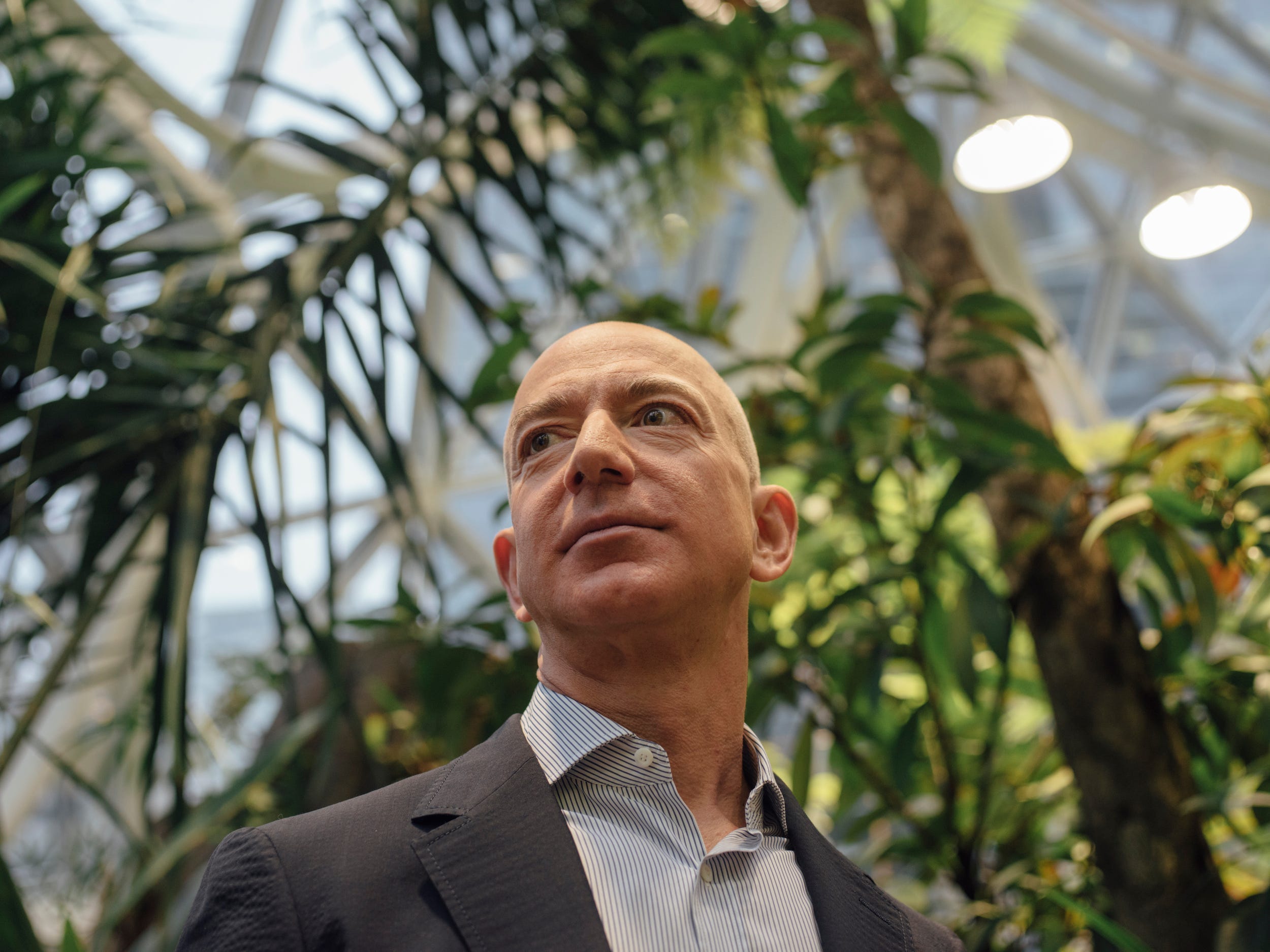 The publisher of a Trump-aligned tabloid agreed to pay the FEC nearly $200,000 for violating campaign-finance law during the 2016 election

The National Enquirer's parent company acknowledged that it broke election laws when it paid $150,000 to suppress a story that would hurt Trump. 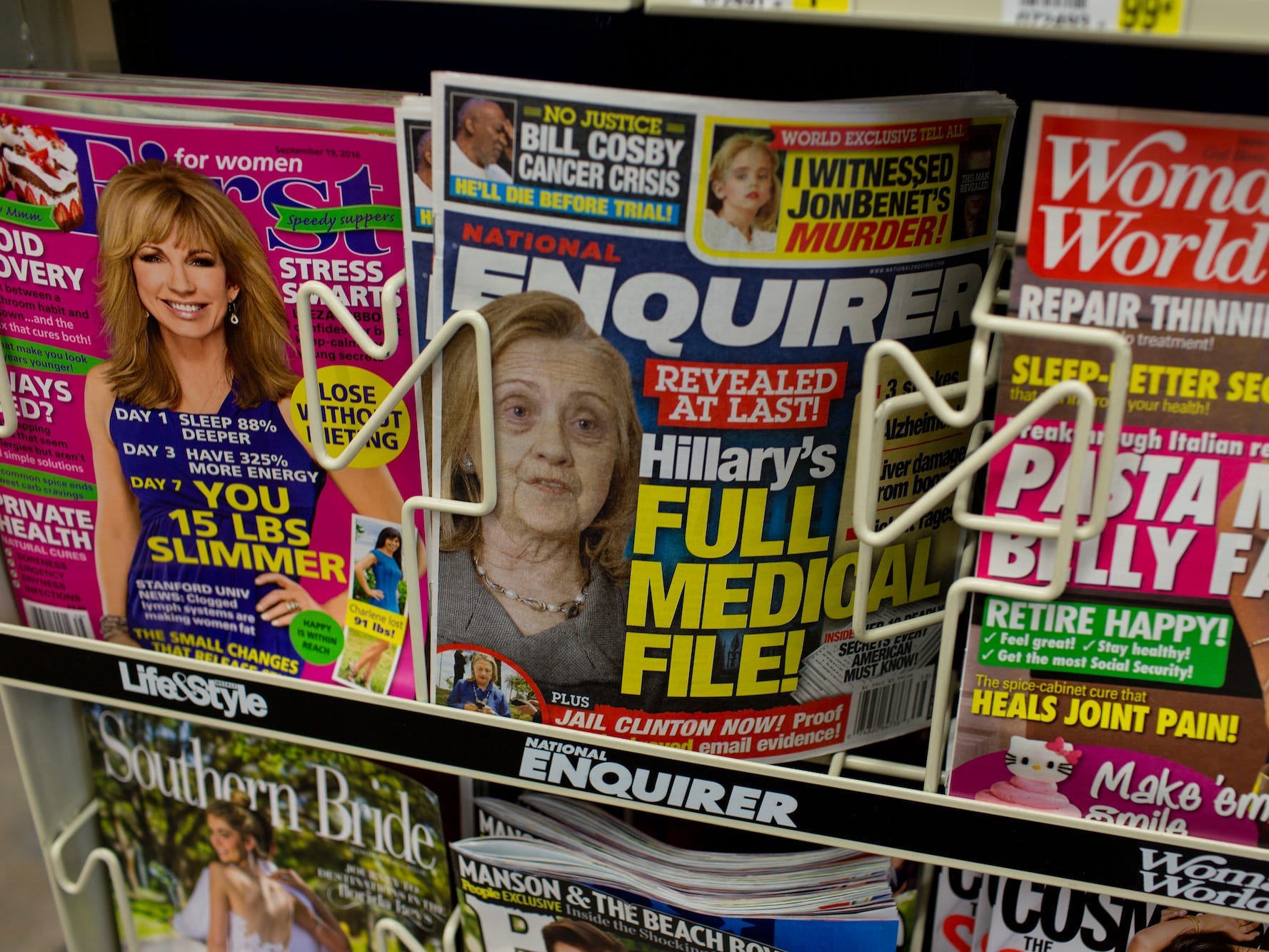 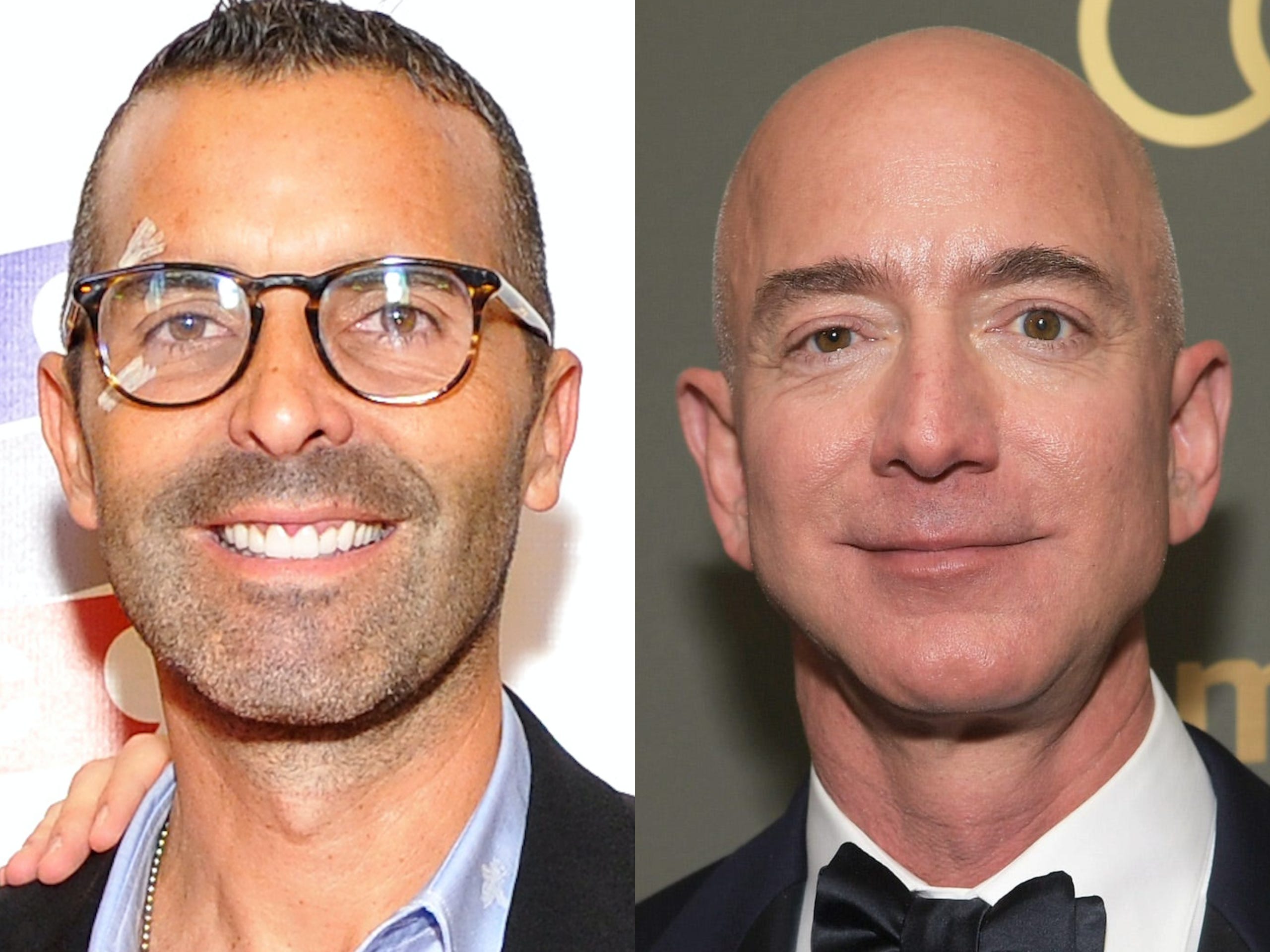 David Pecker is out as CEO of American Media Inc. as part of a merger announced in a press release Friday. Pecker, a longtime friend of Trump, was previously the publisher of the National Enquirer, which funneled hush money to two women who alleged the president had affairs with them. […] 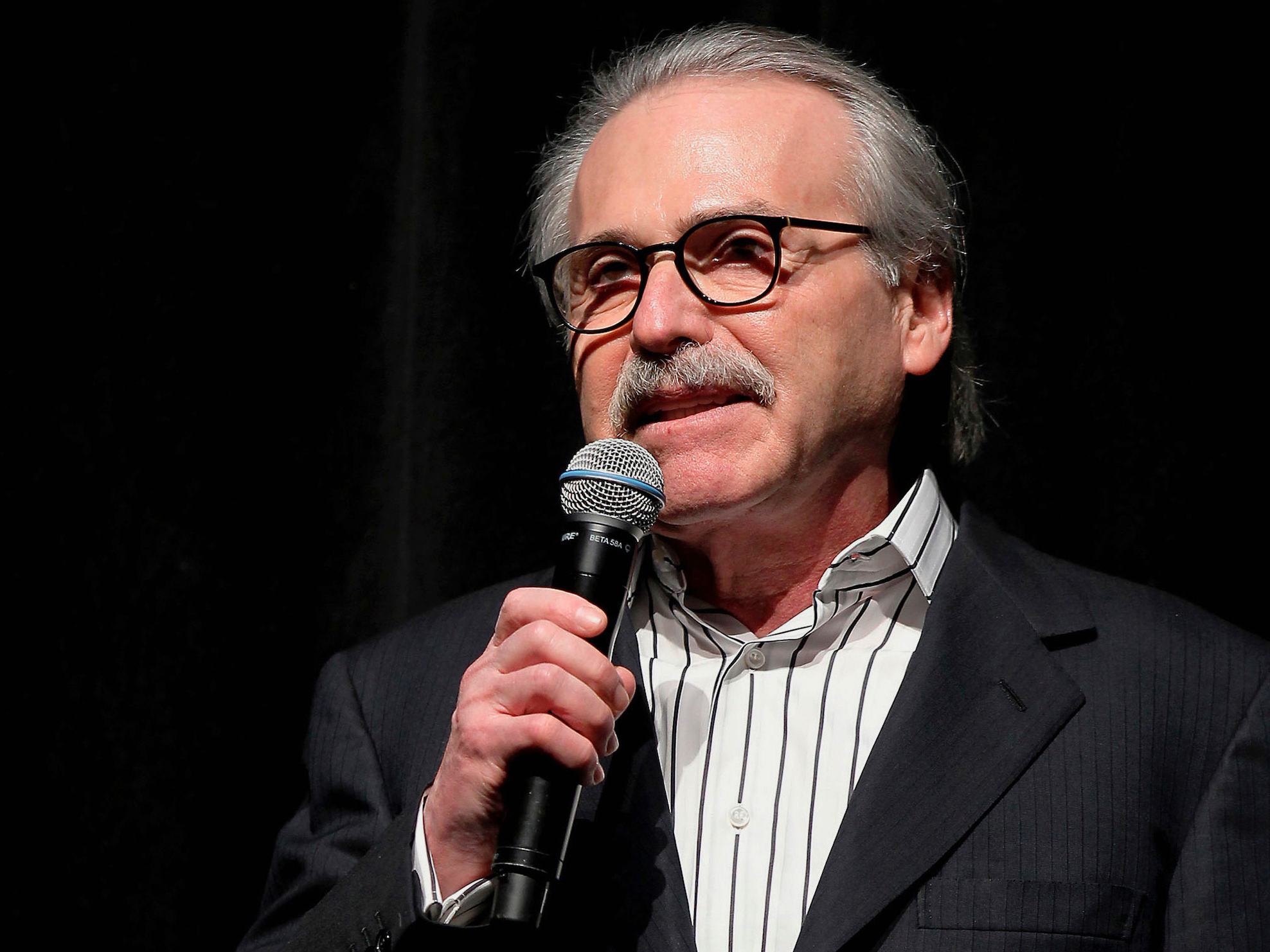 Michael Sanchez filed a lawsuit against American Media Inc. on March 27, accusing the company of framing him as their only source for their exposé on Jeff Bezos’ affair in 2019. Sanchez is the brother of Bezos’ girlfriend, Lauren Sanchez. He says he confirmed their affair to AMI, but was […] 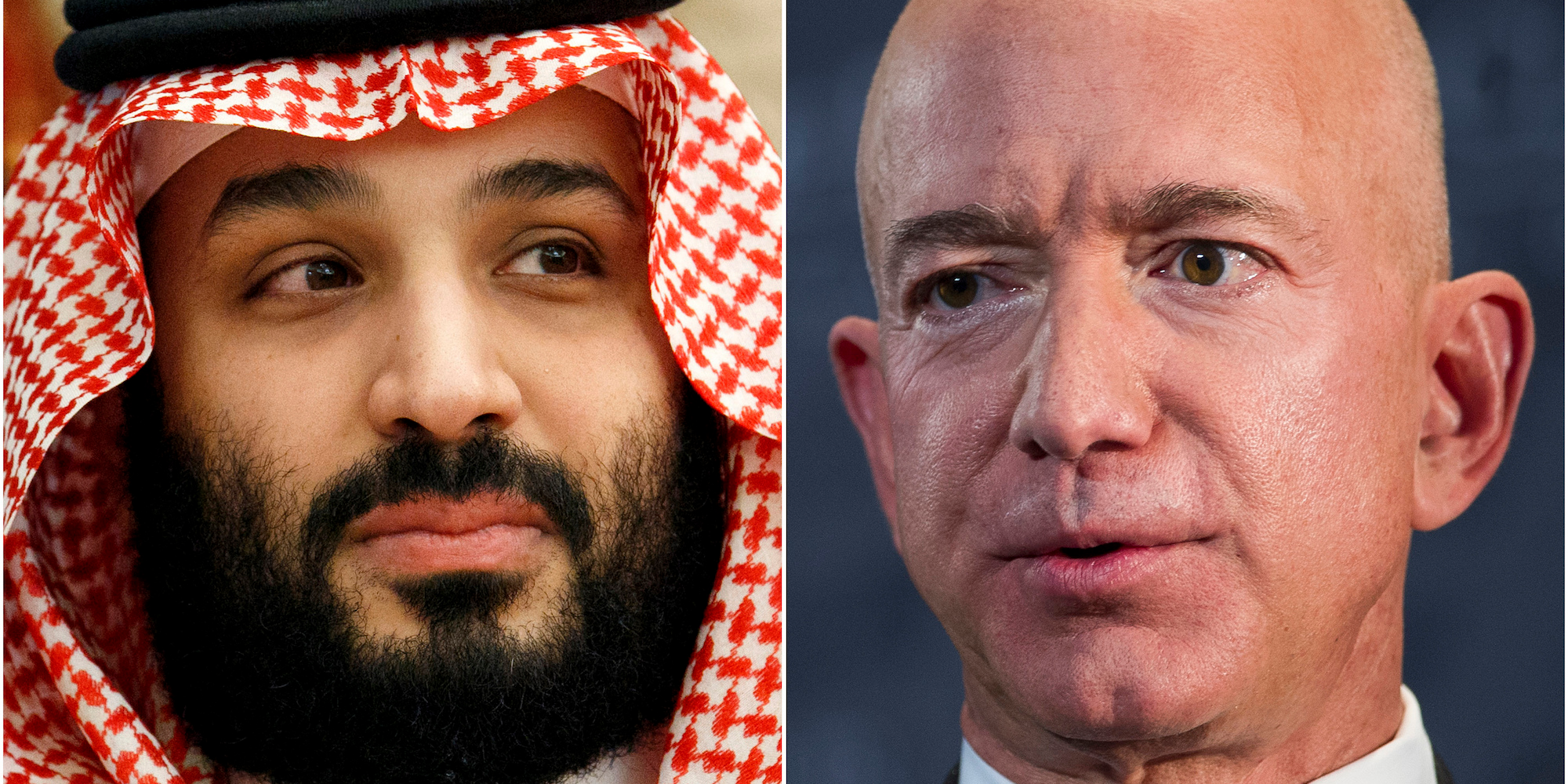 We got our hands on magazine from the publisher of the National Enquirer that reads like Saudi propaganda. Here’s what’s inside. 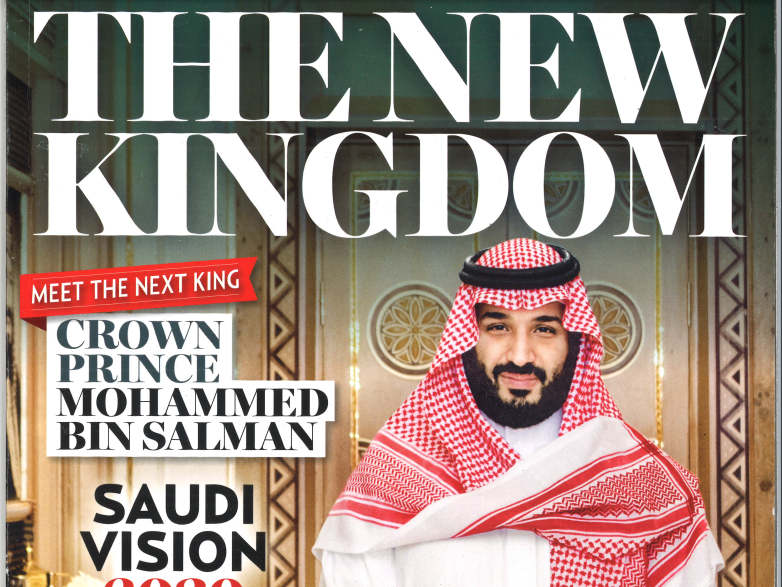 Jeff Bezos is Lauren Sanchez’s ‘fiancé,’ according to a lawsuit filed by her brother

A defamation lawsuit filed by Michael Sanchez states that Jeff Bezos is Lauren Sanchez’s “fiancé.” “… It was inconceivable that Mr. Sanchez would ruin his relationship with his sister and her current fiancé, the richest man in the world, for financial gain,” the suit states. The lawsuit claims Bezos falsely […]
Tech Feb. 4, 2020, 2:44 PM

Jeff Bezos in a court filing Monday accused Michael Sanchez, the brother of his girlfriend Lauren Sanchez, of extortion. According to The Daily Beast, which reviewed the filing made in California, Bezos and his legal team claim that Sanchez is “leveraging the current media environment to harass” Bezos and Sanchez’s […]
Tech Jan. 10, 2020, 7:43 AM 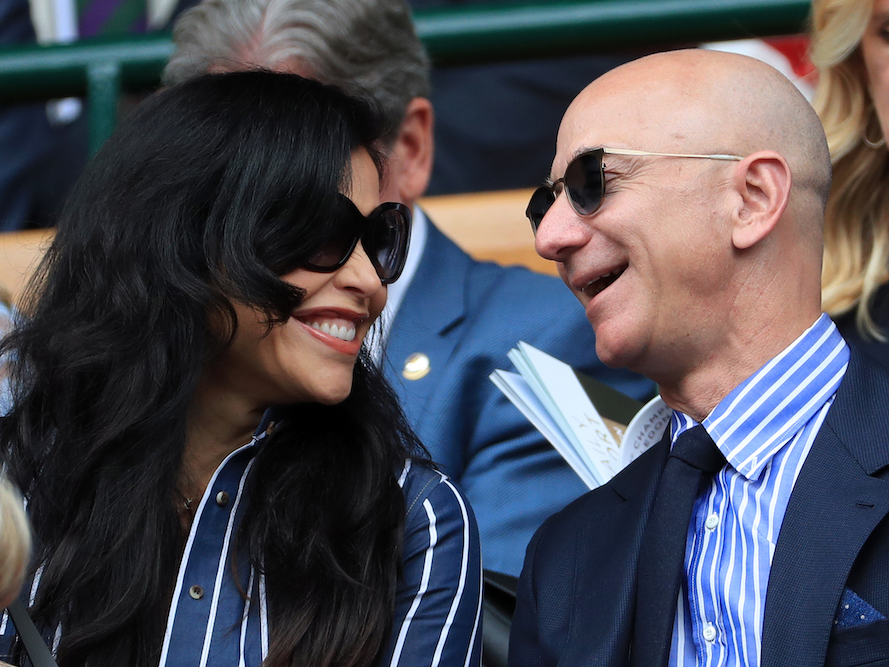 Ronan Farrow’s new book, which outlines efforts to stop his reporting on Harvey Weinstein’s alleged sexual assaults, is not on sale on Amazon Australia after apparent legal threats. Farrow said that the book, “Catch and Kill,” had been “banned” on some Australian book selling platforms after threats from Dylan Howard, […]
News Oct. 15, 2019, 3:15 PM

The National Enquirer disposed of Trump-related ‘dirt’ right before he was elected in 2016, journalist Ronan Farrow writes in his new book

The National Enquirer disposed of sensitive documents related to President Donald Trump before he was elected in 2016, journalist Ronan Farrow writes in his new book, “Catch and Kill: Lies, Spies, and a Conspiracy to Protect Predators.” Though it is not immediately clear what the documents are specifically related to, […]
News Sep. 12, 2019, 10:31 AM

New York state prosecutors are investigating if the Trump Organisation falsified business records in connection with two hush-money payments made to women who alleged affairs with President Donald Trump, CNN reported. As part of the investigation, state prosecutors are said to have interviewed Michael Cohen, Trump’s longtime former lawyer, last […]
News Apr. 12, 2019, 3:23 AM

Ron Burkle, a billionaire California investor, is in talks to buy the The National Enquirer, The New York Times reported Thursday. Burkle is a major Democratic donor with ties to former President Bill Clinton, and President Donald Trump has called him “a friend of mine for a long time.” The […]
News Apr. 11, 2019, 11:48 AM

The National Enquirer and other tabloids owned by American Media Inc. are on the chopping block

American Media Inc. is exploring the sale of several tabloids – including the embattled National Enquirer – the company said on Wednesday. The release came shortly after a Washington Post report, which said that pressure to sell the tabloids came from hedge fund manager Anthony Melchiorre of Chatham Asset Management, […]
Tech Apr. 6, 2019, 8:46 AM

Lauren Sanchez, the woman dating Amazon CEO Jeff Bezos, has filed for divorce from her husband, TMZ reported. Divorce documents were reportedly filed on Friday to sever the 13-year marriage between Sanchez and Patrick Whitesell, the co-CEO of the talent agency WME. News of the divorce filing comes just a […]
Tech Apr. 5, 2019, 4:19 AM

Jeff Bezos and MacKenzie Bezos have finalised their divorce agreement, and he’s getting 75% of the Amazon shares and voting control of the rest

Amazon CEO Jeff Bezos and MacKenzie Bezos said on Thursday that their divorce agreement had been finalised. The couple announced in January that after a trial separation they had filed for divorce. They have four children and were married for 25 years. MacKenzie Bezos said in a statement that she […]
Tech Apr. 1, 2019, 11:11 PM

Jeff Bezos used a three-word email to reject what he said was a threat of “extortion” from the National Enquirer’s parent company, American Media Inc., over his sexts. Bezos’ security consultant, Gavin de Becker, said in a Daily Beast op-ed article that AMI wanted Bezos to sign a contract and […]
Tech Apr. 1, 2019, 3:49 AM

Amazon CEO Jeff Bezos’ personal security consultant Gavin de Becker believes Saudi Arabia had access to Bezos’ phone, according to an op-ed published by de Becker on Saturday in The Daily Beast. While de Becker didn’t say how the Saudis gained access to his phone, the country has been accused […]
Tech Mar. 21, 2019, 4:09 AM

Michael Sanchez is the brother of Lauren Sanchez, Amazon CEOJeff Bezos‘ reported girlfriend, and has been named by multiple publications as the source behind the leaking of intimate texts and nude photos of the couple to the National Enquirer. In a new interview with Fox News, Sanchez said he made […]
Next Page »