A reporter forgot to mute her microphone on Zoom and accidentally let slip that she didn’t like Trevor Lawrence’s new mustache. The Clemson quarterback responded with an awkward “Uh, thank you.” The comment was Lawrence’s second-worst blow of the night after his Tigers suffered a 49-28 blowout loss to the […] 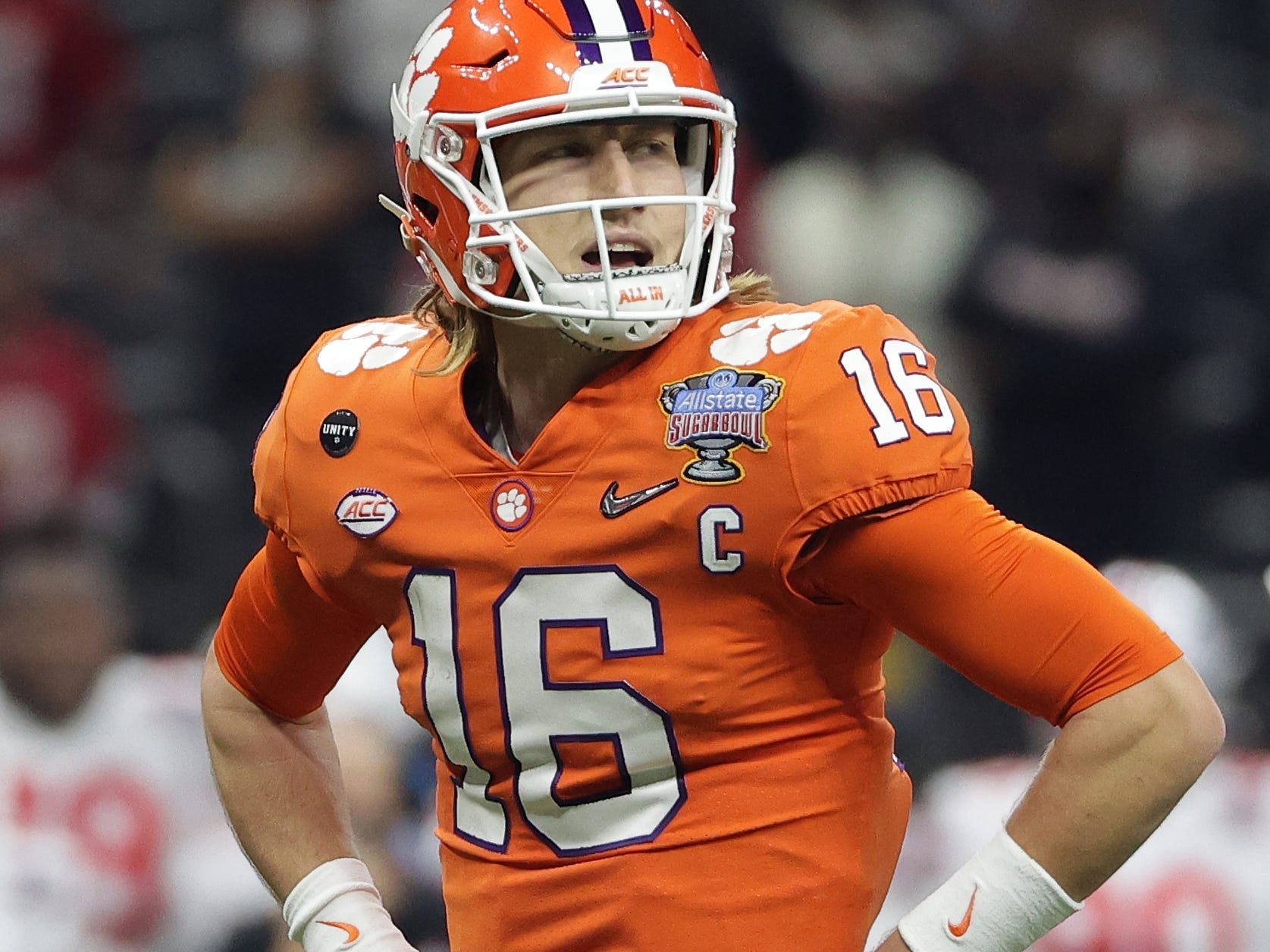 The US ambassador to South Korea has defended having a mustache amid allegations that his facial hair signals US disrespect and is reminiscent of Japanese colonisation. Ambassador Harry Harris’ mustache has become a lightning rod for tensions between the US and South Korea as they debate the cost of hosting […] The intro to the classic sitcom “Full House” is known far and wide, but you’ve never seen it like this. The re-made intro uses so-called “deepfake” video-editing technology to turn every member of the show’s cast into Nick Offerman of “Parks & Recreation” fame. If you’ve ever wondered what Mary-Kate […] The reason some men can’t grow full beards, according to a dermatologist

Beards have long been a cultural sign of masculinity, but for men who can’t grow thick facial hair, does it make them “less manly”? We asked a dermatologist to explain the scientific reasons that some men aren’t able to grow thick, dense facial hair. Dr. Jennifer Chwalek explained that an […] Mustaches have been an iconic type of facial hair for centuries, but they have seen many different variations. From the “handlebar” to the “walrus,” not every mustache is created equal. Take a look at these mustaches of old and see how they have changed throughout history. The mustache has been […]

18 photos of some of history’s most glorious mustaches

Mustaches seem to make a comeback every few years, but some men can arguably rock one better than others. In honour of Movember, we’ve put together a list of the most iconic ones: from Tom Selleck to Albert Einstein, these men have gone down in history for their talents, yes, […]

There are 3 products you need to maintain your mustache, according to an expert

November means Movember, and that means mustaches – lots of them. Movember marks the month when thousands of men grow out their upper-lip hair in order to raise awareness for men’s health issues, such as prostate cancer, testicular cancer, and suicide prevention. In truth, four weeks is not a long […]

The 4 biggest mistakes men make when growing a mustache, according to an expert

It’s officially Movember: the month when thousands of men grow out their upper-lip hair in order to raise awareness for men’s health issues. Growing a mustache is no joke, so it shouldn’t be treated like one. There are a number of things guys get wrong when growing out their whiskers, […]

‘His mustache is a problem’: Trump reportedly soured on John Bolton for a top Cabinet position because of his looks How much work it will take to digitally remove Henry Cavill’s mustache for ‘Justice League,’ according to visual effects artists

On Monday, Variety reported that... There’s really only one way to correctly grow a mustache

November is here, and while some of you may still be in a candy-induced coma, others are taking sharp blades to their face in order to sculpt the perfect facial hair. It’s for a good cause, of course – “Movember” started as a month-long fundraiser for men’s health initiatives, and […] 9 different ways to style your mustache for ‘Movember’ There’s a profession where men with mustaches outnumber women

The number of men with mustaches in medical...