Largest-ever stash of mummy-embalming tools found in Egypt, may have been for lavish funeral 2,600 years ago

The discovery in Absuir, Egypt, is vast in its scale and could unpick some of the many mysteries of how exactly mummies were made. 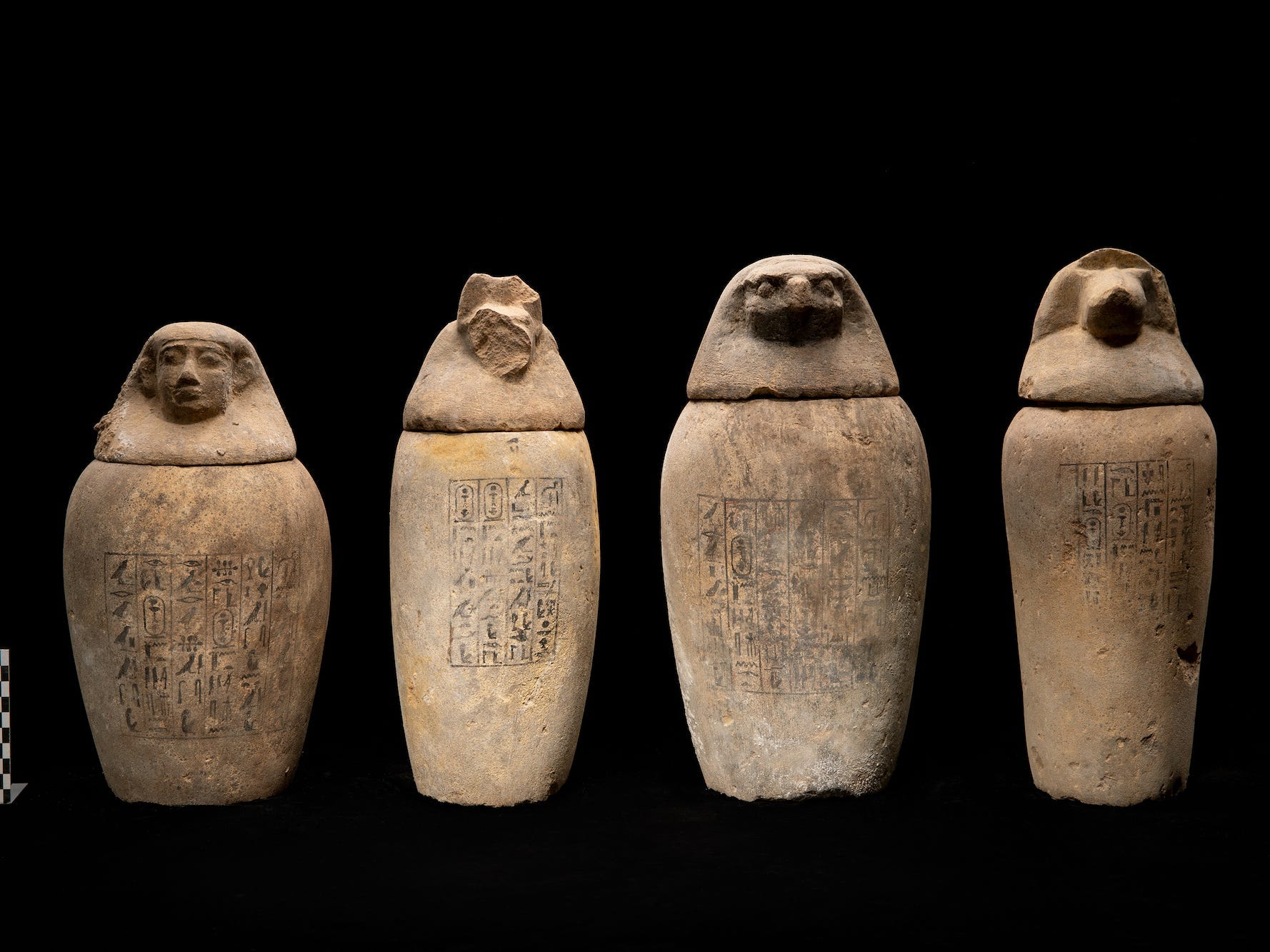 Investigators are working closely with the Capuchin friars who overlook the catacombs to conduct ethical and respectful research. 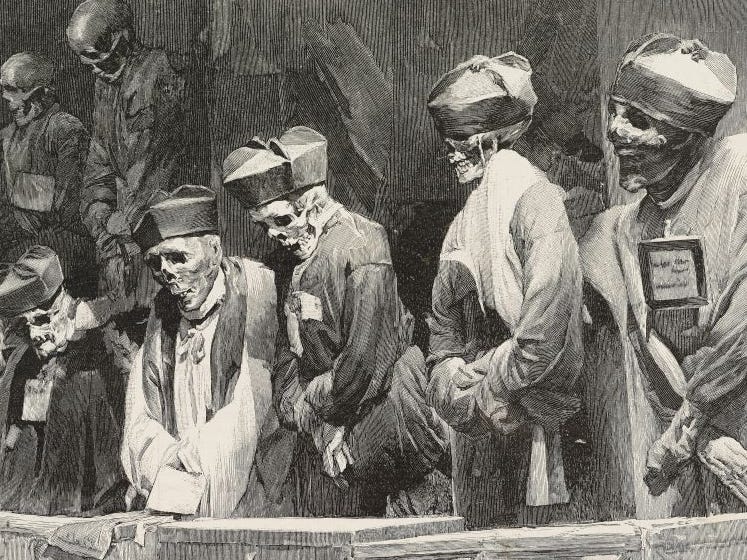 High-tech scanners ‘unwrapped’ a mummified Egyptian pharaoh, revealing a seemingly healthy 35-year-old with no clues for how he died

Amenhotep I had been so well-preserved that scientists did not want to open his casing. Scanners gave them some insight, but left his death a mystery. Each mummy was carried in a glass capsule with shock-absorbers so that the ancient royals didn't get damaged during the journey to a new museum. 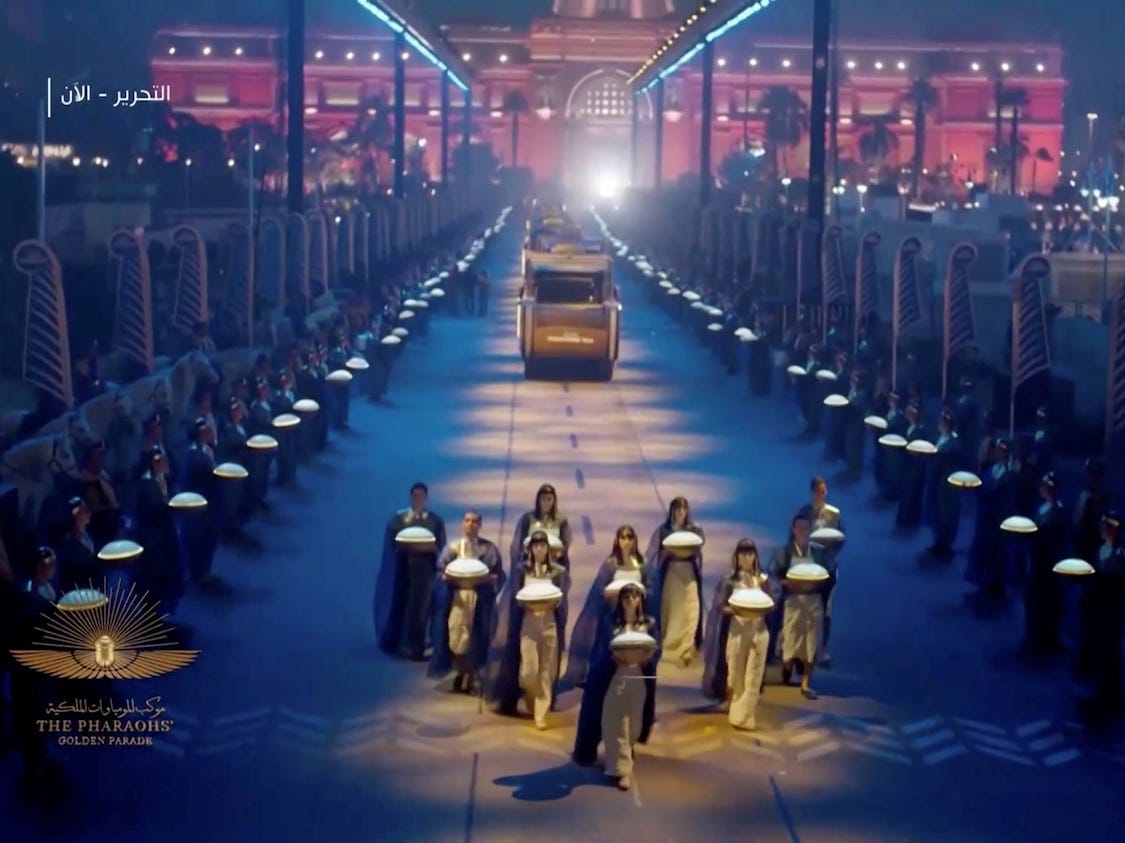 Archaeologists have discovered an Egyptian mummy buried with a golden tongue

Archaeologists discovered 16 burial shafts at the Taposiris Magna Temple near Alexandria, Egypt. Those shafts contained 2,000-year-old mummies. One mummy had a gold tongue; some were buried wearing death masks. Embalmers gave mummies golden tongues so the dead could speak to the gods in the afterlife. Visit Business Insider’s homepage […] 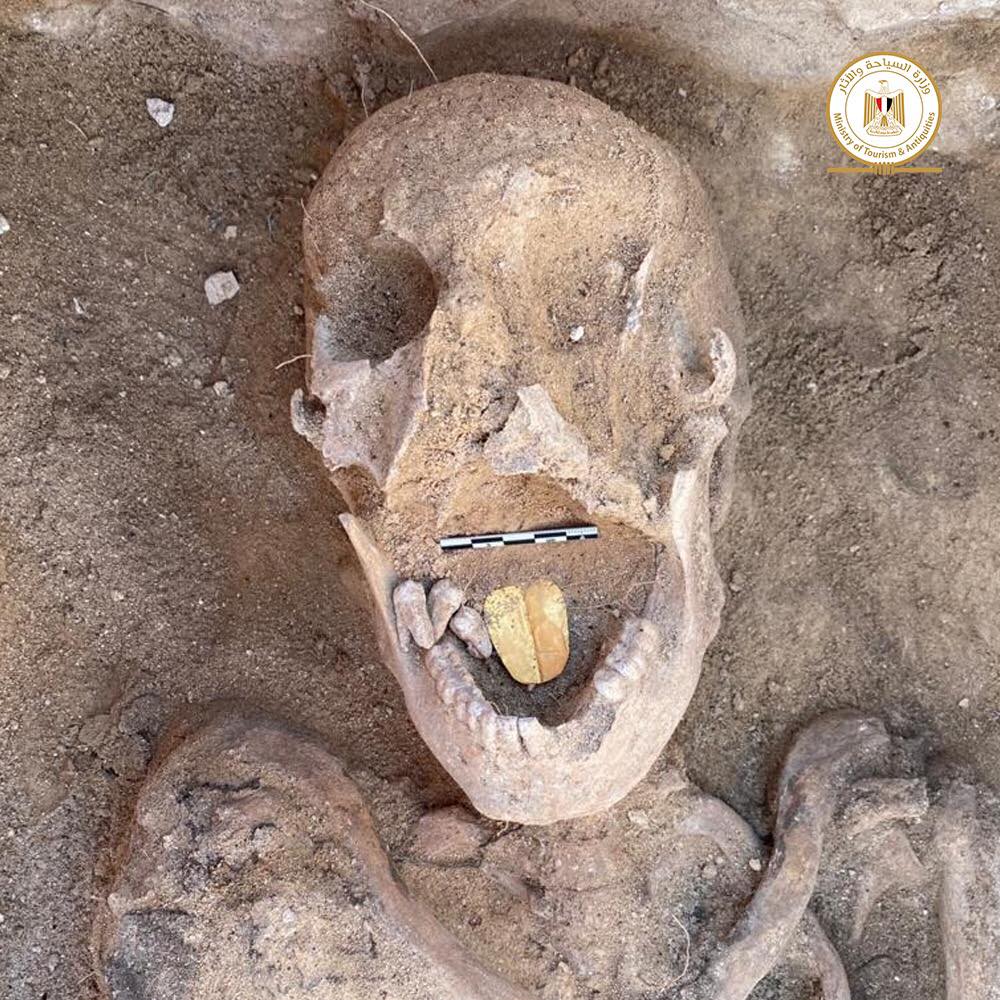 Egyptian archaeologists unearthed a 4,200-year-old funerary temple for a queen and 50 coffins in an ancient city of the dead

Archaeologists discovered a funerary temple in Saqqara, Egypt belonging to a queen who lived at least 4,200 years ago. They also found burial shafts containing 50 sealed wooden coffins, as well as a scroll with an excerpt from the Egyptian “Book of the Dead.” Researchers have uncovered more than 200 […] 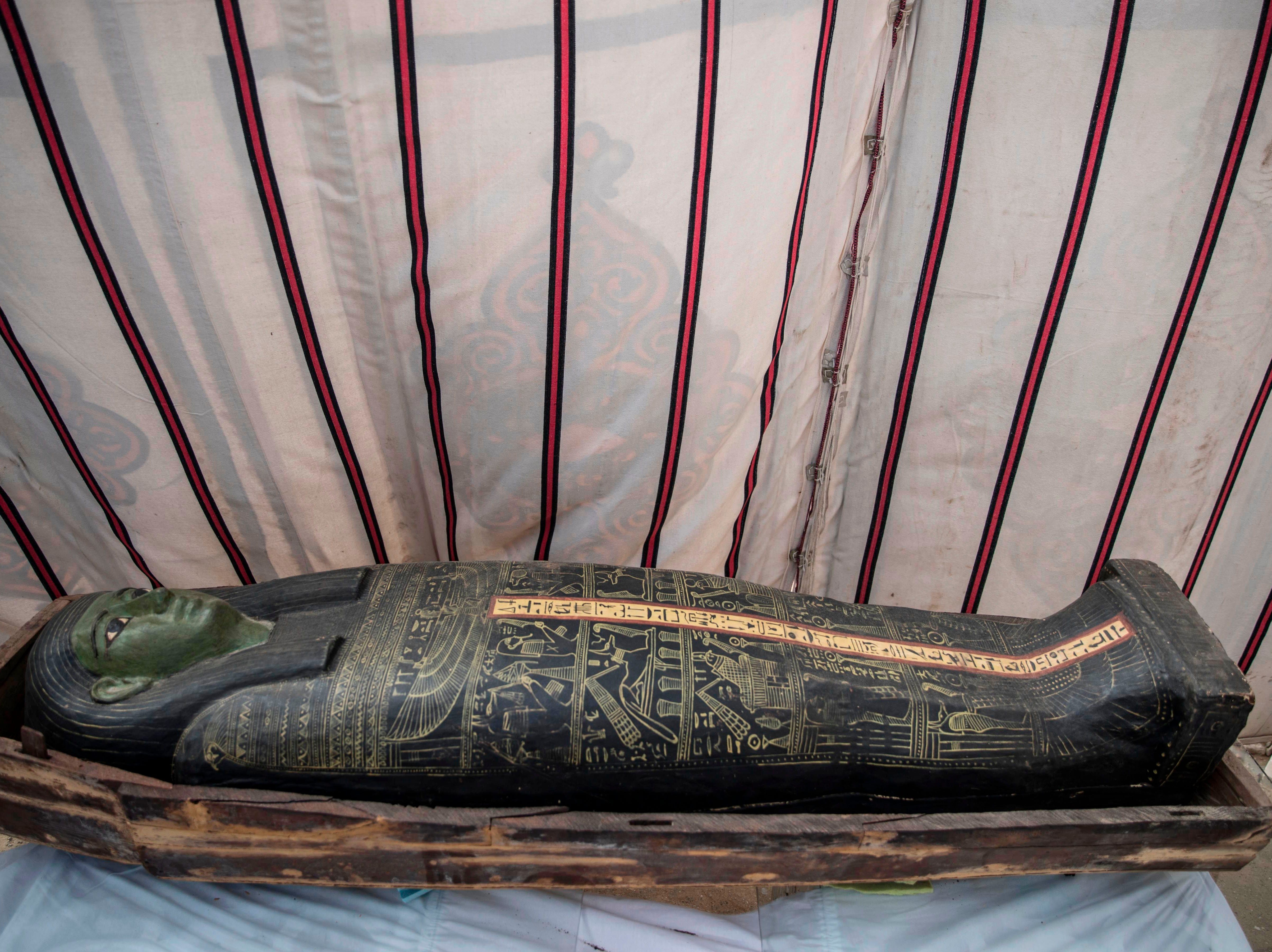 A 57,000-year-old mummified wolf pup was found in Yukon permafrost. It’s so well-preserved that everything but the eyes is intact.

A gold miner in Canada’s Yukon found the 57,000-year-old body of a female wolf pup in melting permafrost. According to a new study, it is the most complete wolf mummy ever found. The wolf’s fur, teeth, and soft tissues are intact – only the eyes are missing. Researchers think the […] 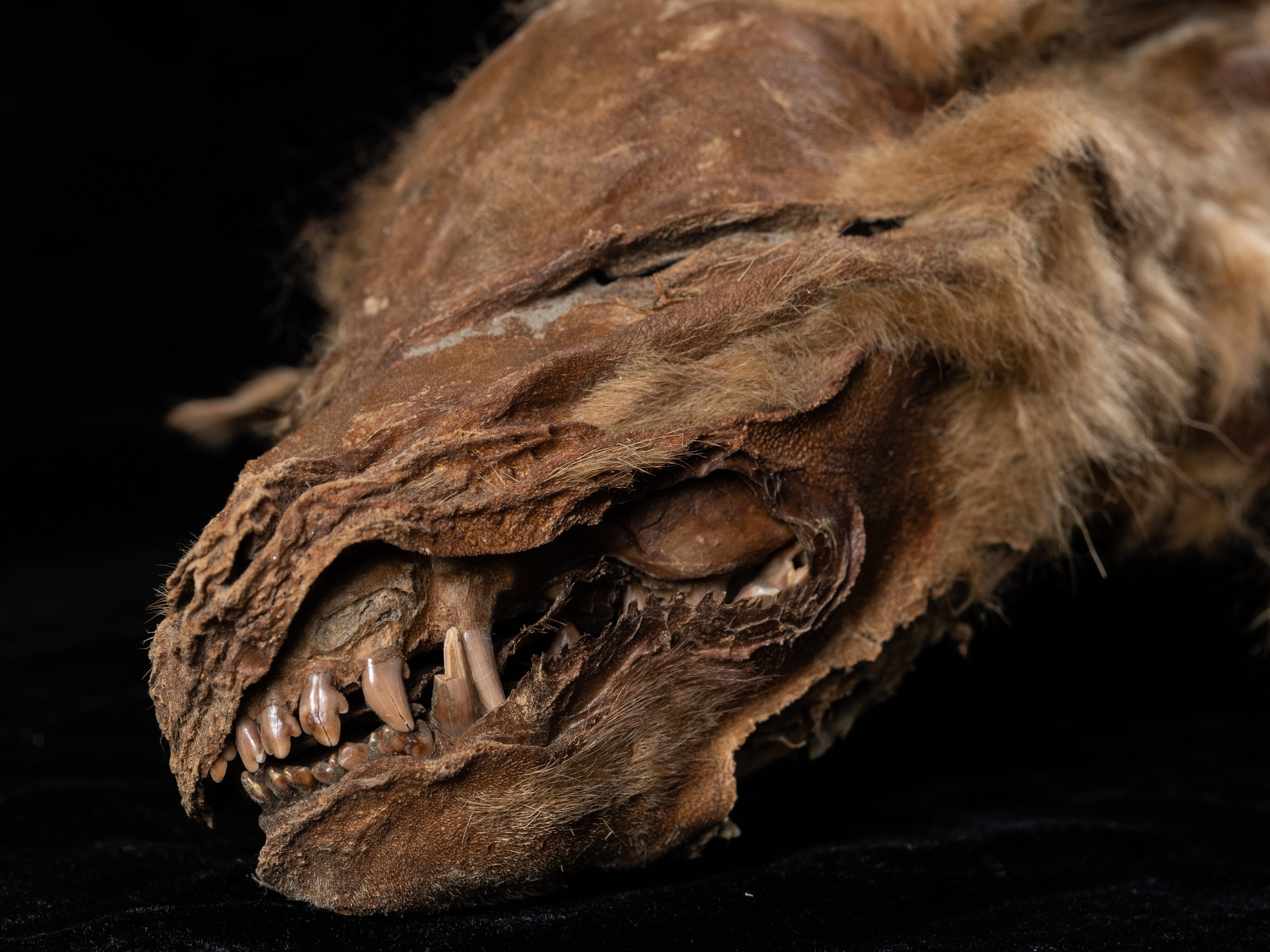 Archaeologists unearthed 160 sarcophagi from an ancient Egyptian necropolis. Some of the tombs were inscribed with mummy curses.

Archaeologists have found 160 sarcophagi at Saqqara, an ancient Egyptian city of the dead, since September. The walls of some Saqqara tombs are inscribed with a curse. One warns that the gods will wring any impure trespasser’s neck “like that of a goose.” Researchers recently opened some of the newly […] 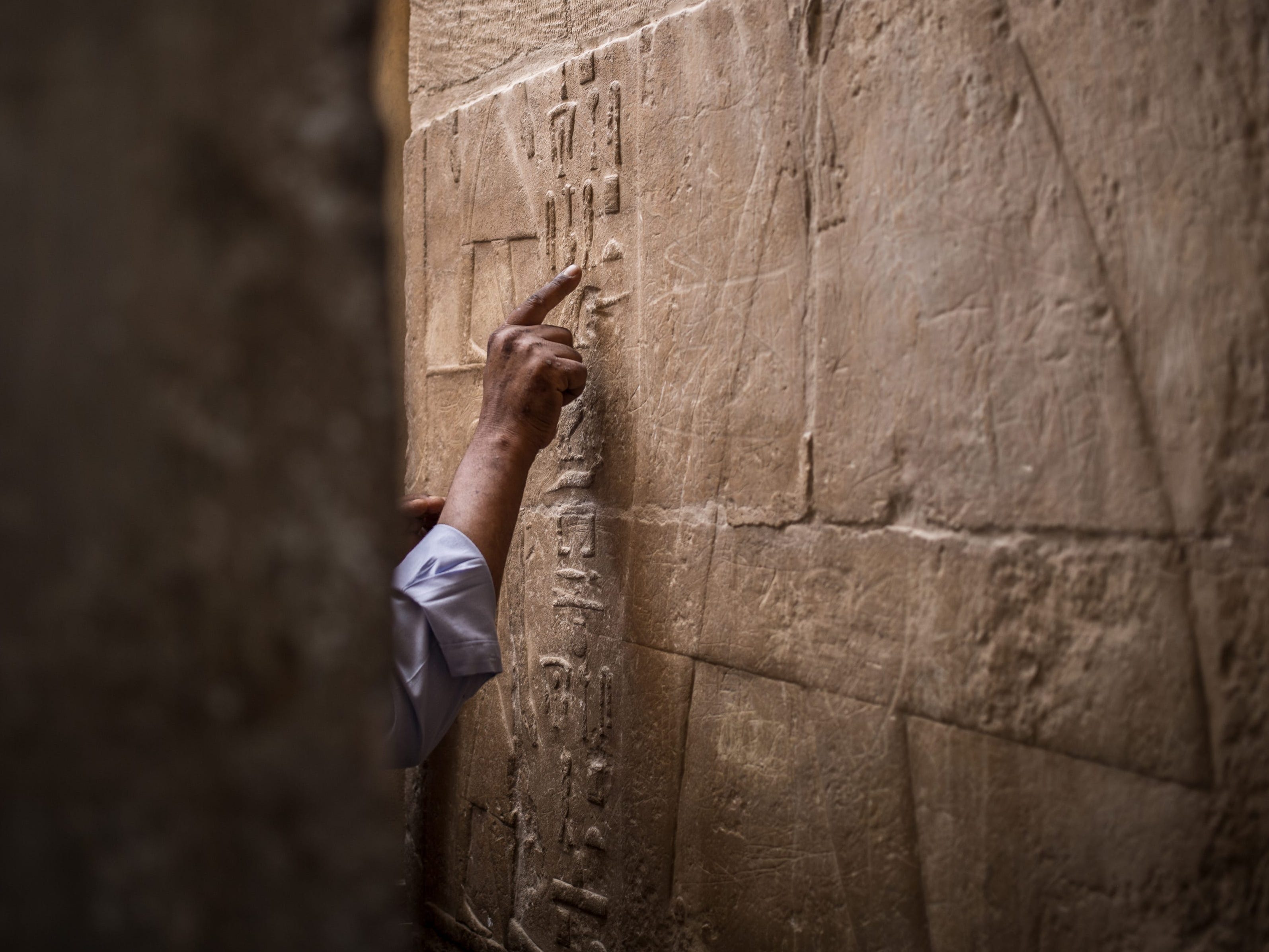 More than 100 coffins, most containing mummies, found at an ancient burial site from the age of the pharaohs

Over 100 coffins, most of which contain mummies, have been unearthed in Egypt for the first time in 2,500 years. They date back to Egypt’s 300 year Ptolemaic dynasty from 320BC to 30BC and the Late Period from 664-332BC. They are currently being displayed in a makeshift exhibit at the […] 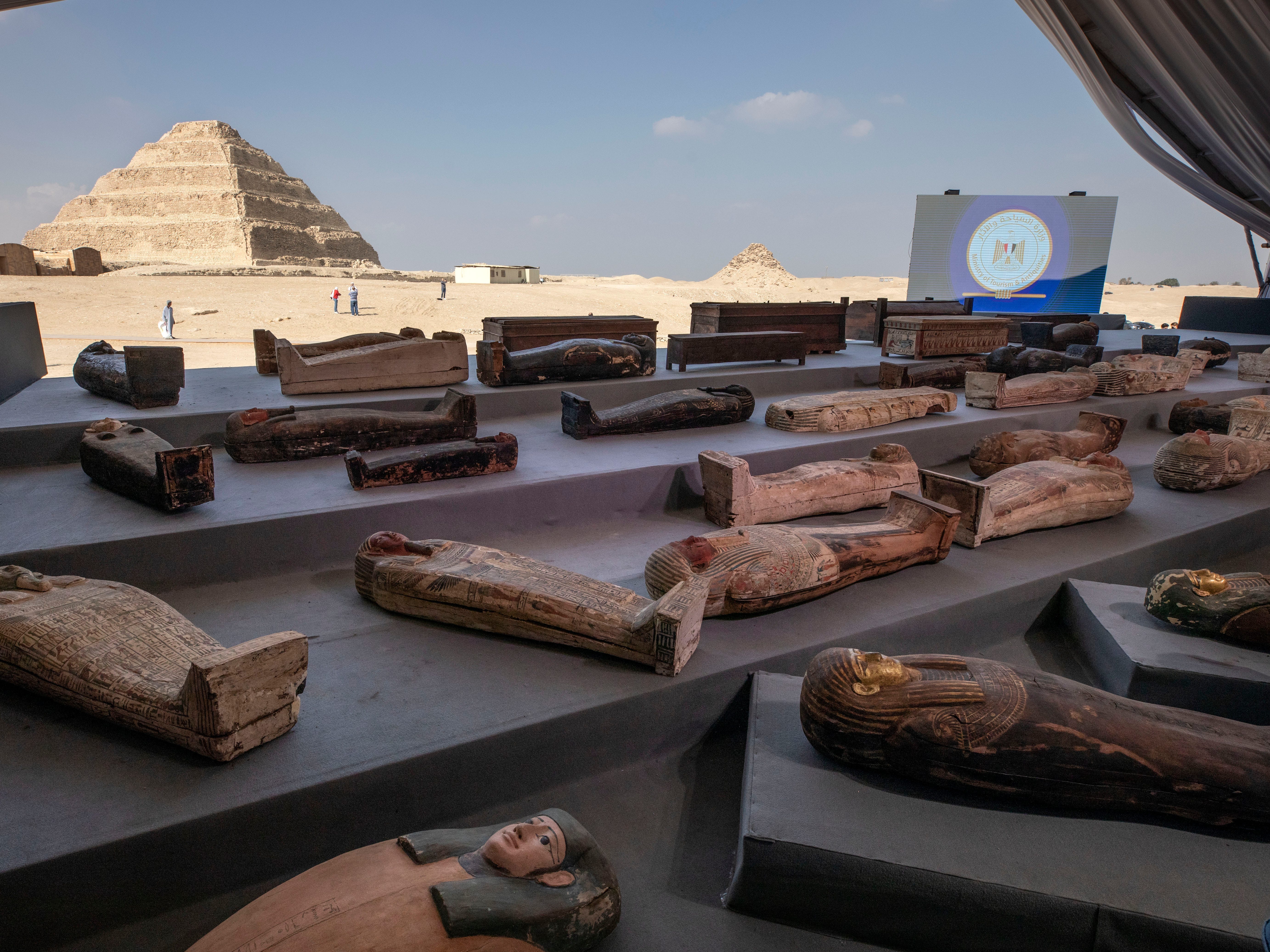 Scientists found an abandoned Adélie penguin colony at Cape Irizar, off the south Antarctic coast, in 2016. Penguins hadn’t been seen in that part of Antarctica in over a century, but the nesting site had fresh bodies, as well as mummified corpses, bones, and poop. In a new study, a […] 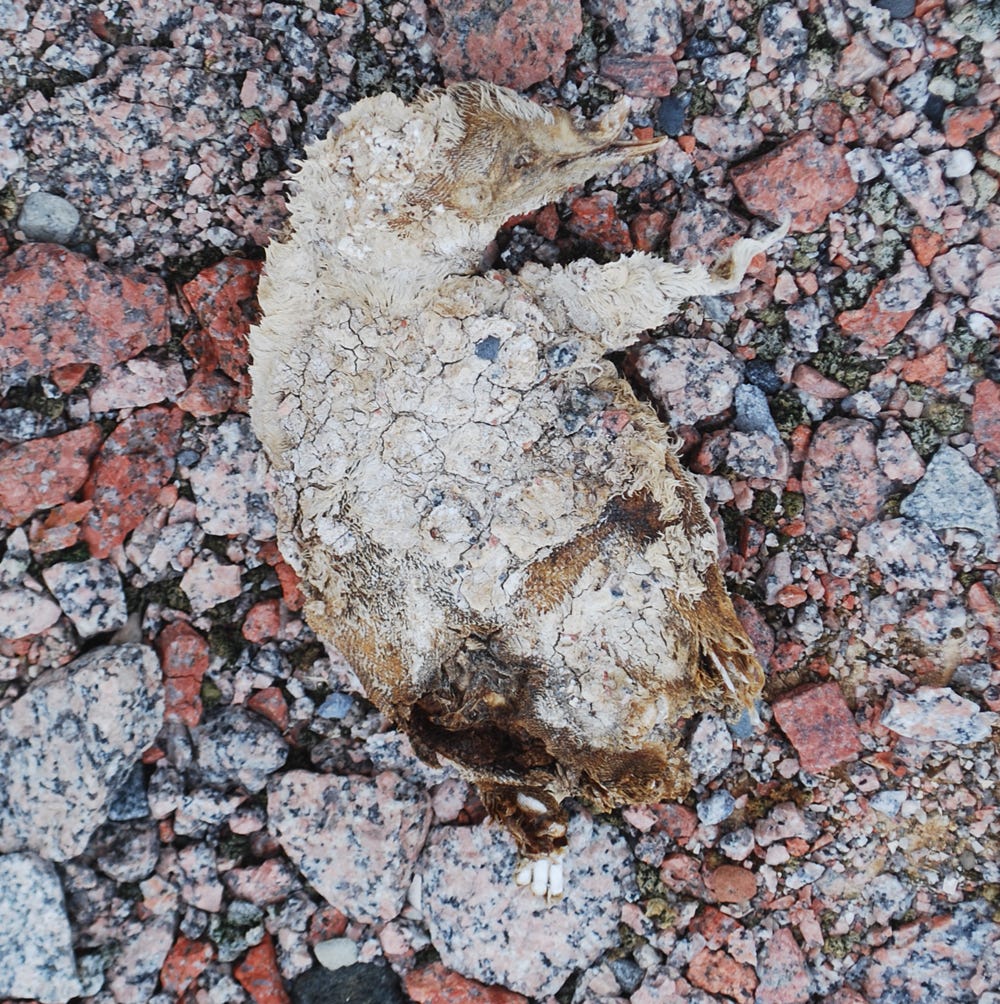 Archaeologists unearthed 210 sarcophagi in an Egyptian city of the dead. They’d remained undisturbed for at least 2,500 years.

Over the last four months, archaeologists have found at least 210 sarcophagi beneath Saqqara, an ancient Egyptian city of the dead. The sealed coffins had remained undisturbed for 2,500 years or more. Egyptologists recently opened some to examine the mummies inside. Researchers also discovered an ancient queen’s funerary temple and […] 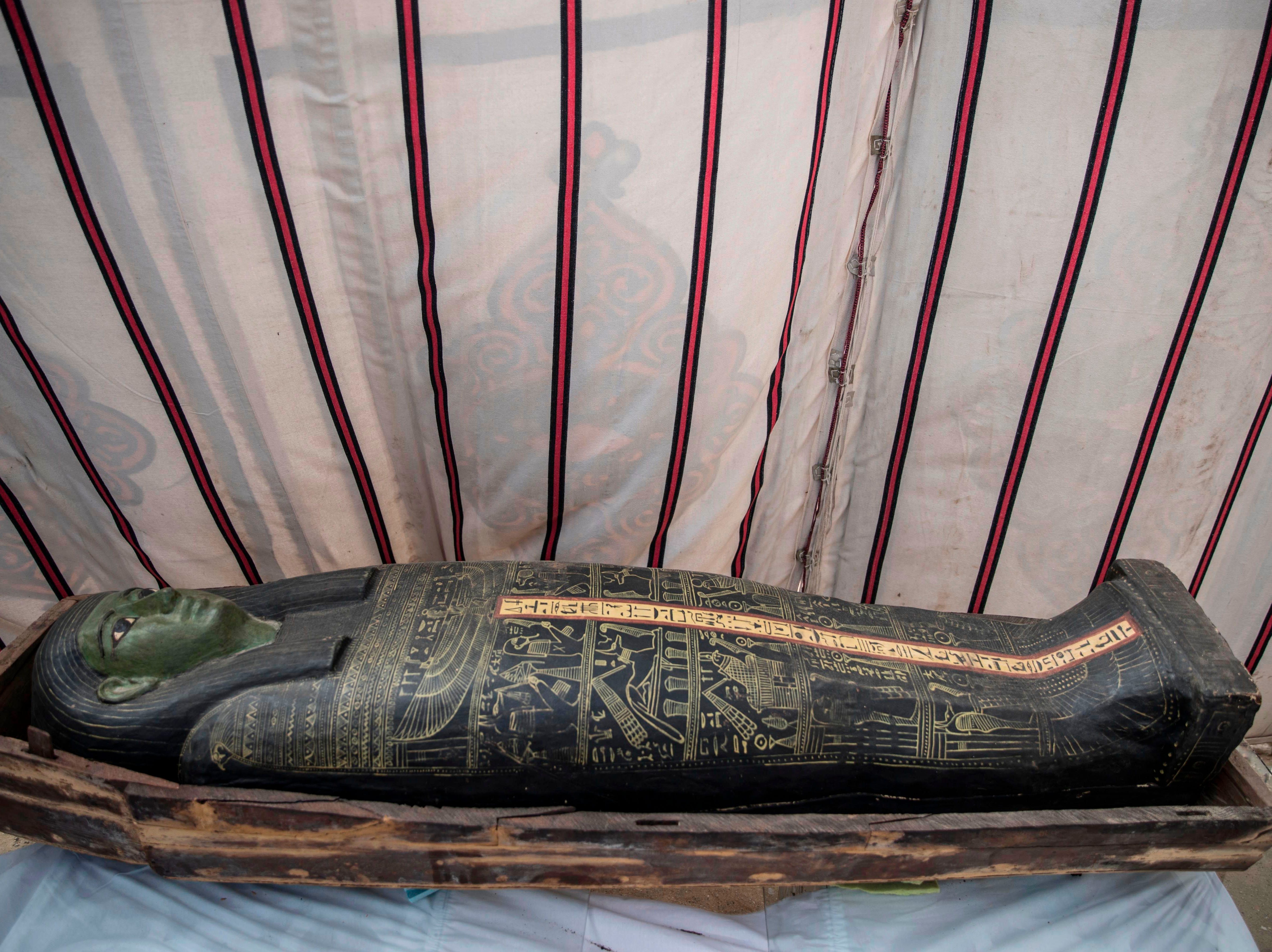 Ancient Egyptians worshipped and mummified animals, but examining those animal mummies without damaging the corpses is challenging for archaeologists. In a new study, scientists reveal a new way to peer inside delicate mummies using a type of x-ray. They x-rayed three mummies: a cat, a cobra, and a kestrel. The […] 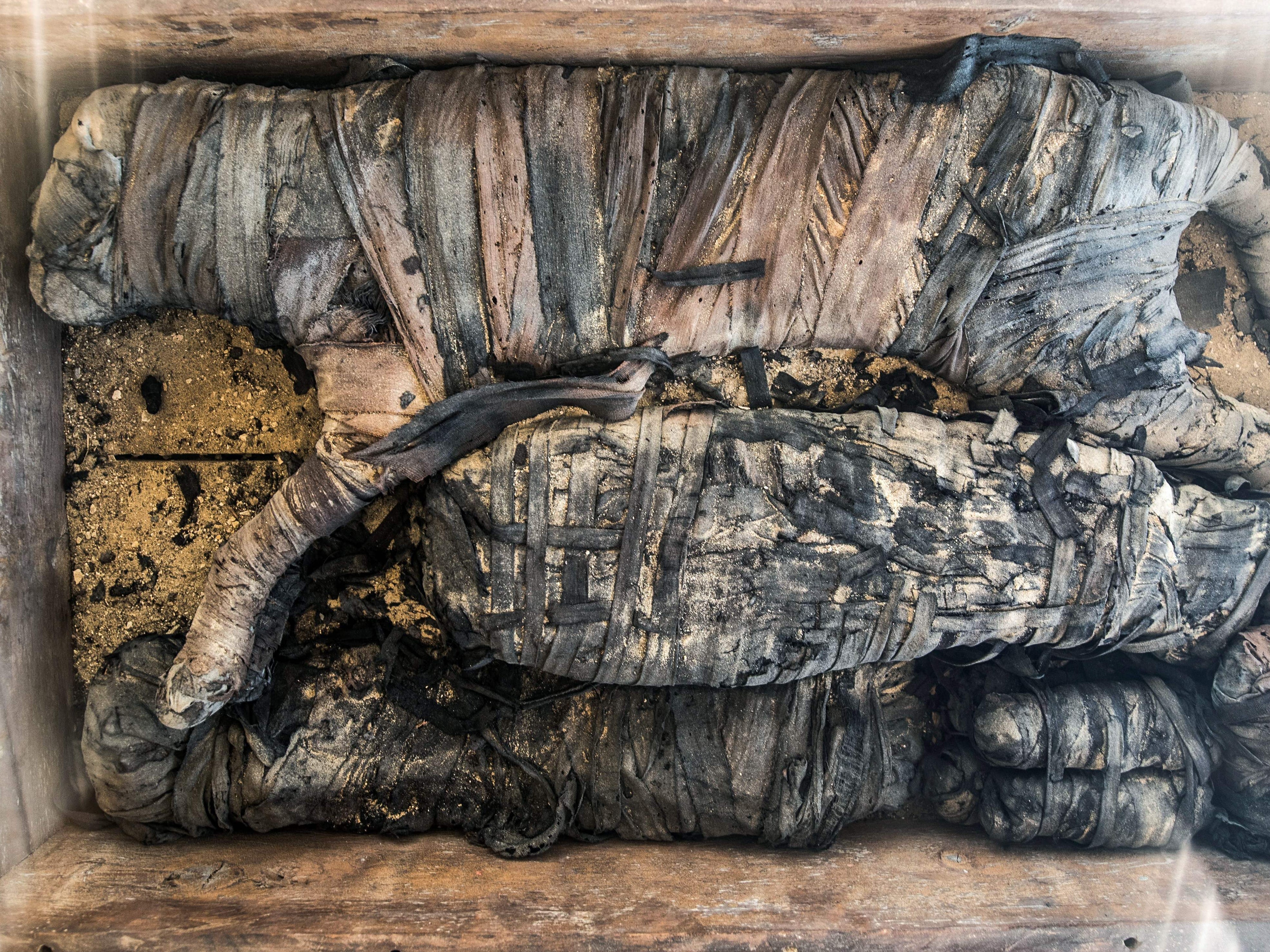 Archaeologists discovered a catacomb filled with mummified lion cubs, crocodiles, and cobras in an ancient Egyptian city of the dead

On Saturday, a team of archaeologists unveiled an unprecedented finding from an ancient city of the dead in Saqqara, Egypt. The researchers uncovered a 2,600-year-old cache of mummified animals, including cats, cobras, crocodiles, and the first-ever lion cubs. While ancient Egyptians were well known for worshipping and mummifying animals, especially […]
News Mar. 24, 2018, 7:23 AM

A six-inch long skeleton with human features found in Chile’s Atacama desert was rumoured to be an alien for almost two decades. In a new paper, researchers found that the skeleton – Ata – was in fact not an alien, but a human who had suffered from a range of […]
US Sep. 16, 2017, 10:00 PM

The remains of a mummified Copper Age man...