‘Mulan’ star Chen Tang was ‘a little bit disappointed’ about the movie heading to Disney Plus, but is hopeful it will play in theatres one day

Disney’s live-action “Mulan” was postponed multiple times from a March 27 release due to the ongoing coronavirus pandemic. It was eventually released on Disney Plus on September 4 as a premium option to subscribers. “I wasn’t super bummed that it was going on Disney Plus,” “Mulan” star Chen Tang recently […] 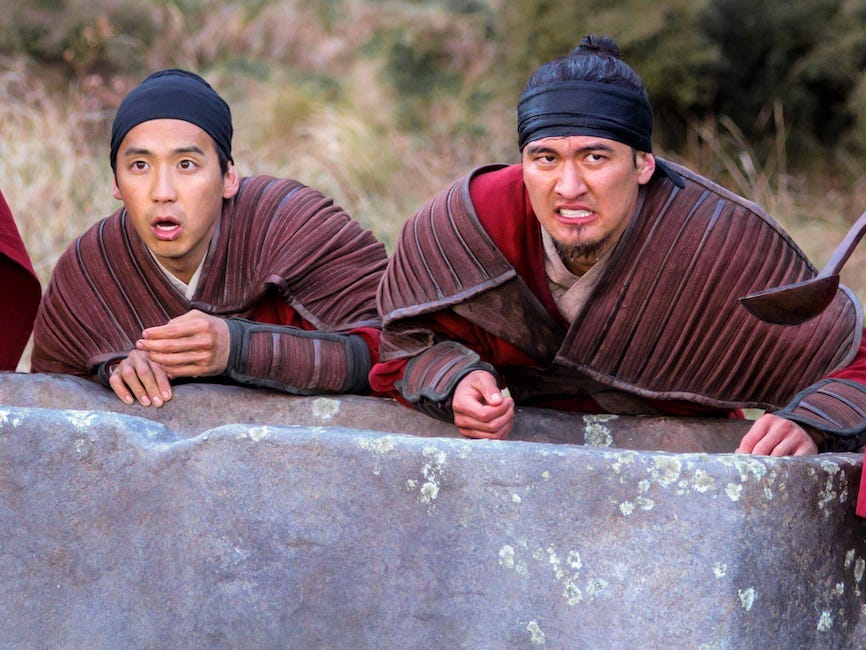 Disney’s live-action “Mulan” will be available to purchase on all major digital retailers on Tuesday. The live-action film was released September 4 on Disney Plus to subscribers as a premium add-on for an additional $US29.99. If you want to watch six deleted scenes and multiple behind-the-scenes featurettes, these will be […] 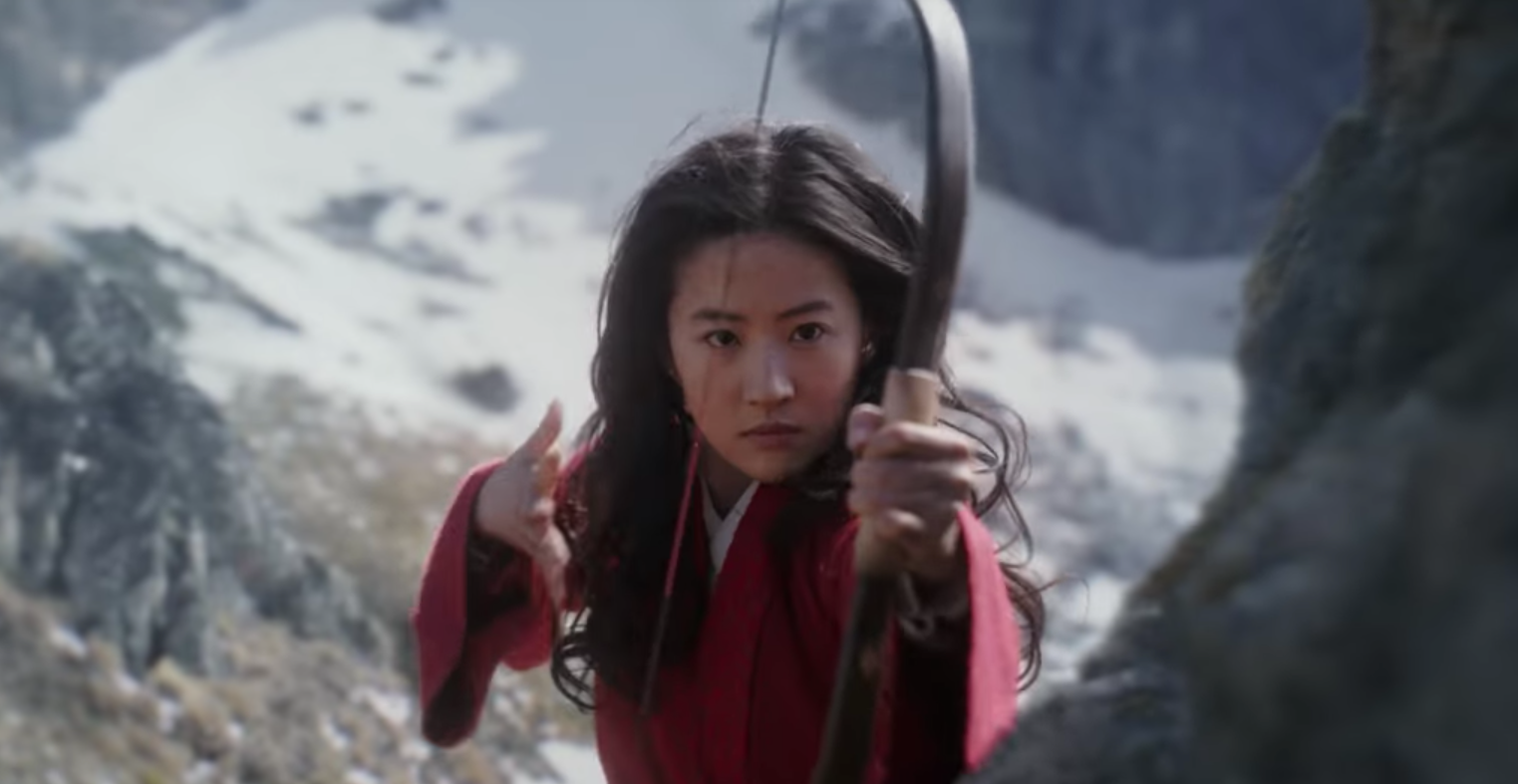 A brand new version of “I’ll Make a Man Out of You” is available on iTunes and Spotify to stream. The updated version comes from composer Matthew Wilder and lyricist David Zippel. Both worked on the music for the 1998 animated movie. The song was pitched for the live-action “Mulan,” […] 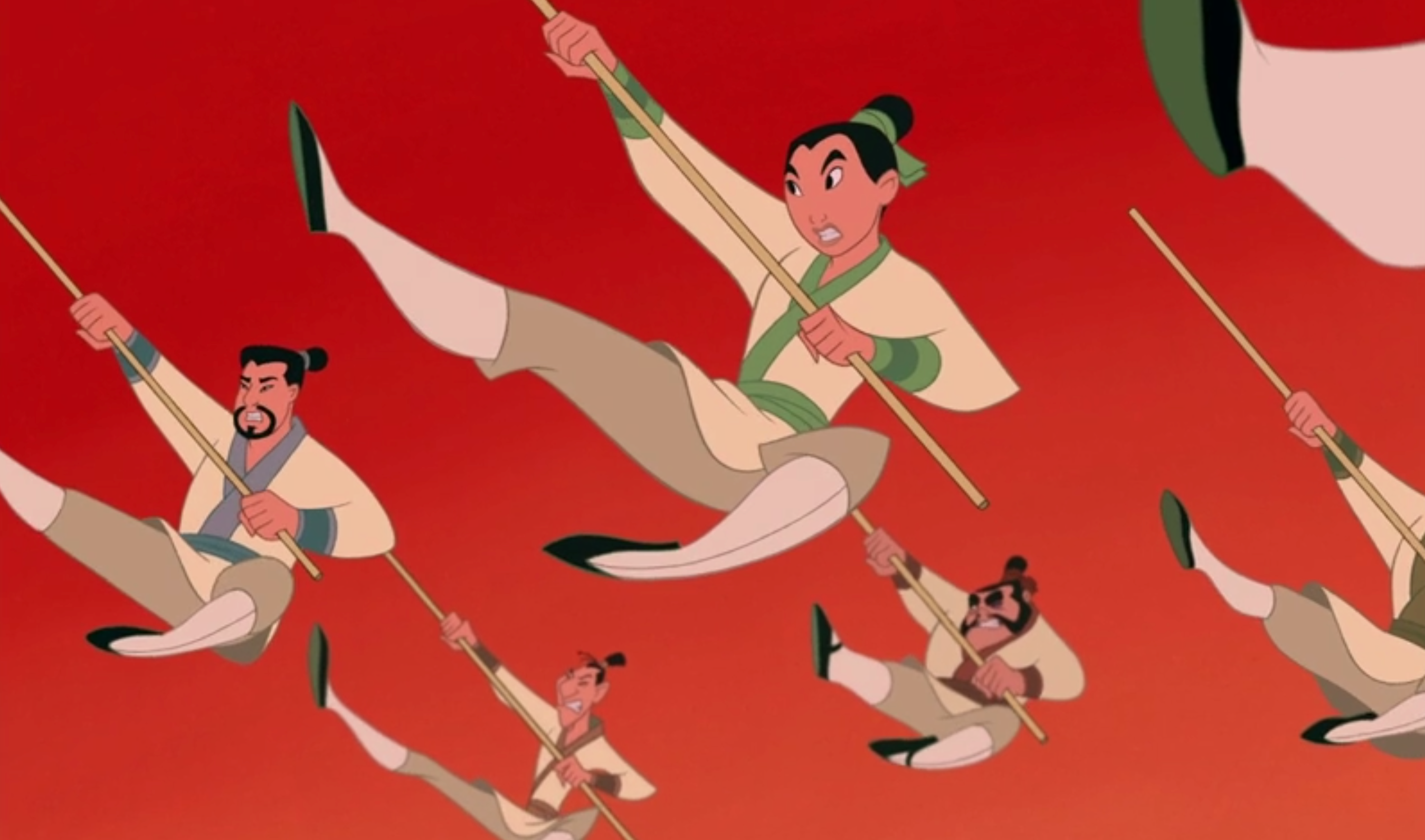 Li Shang was a popular character in the original “Mulan,” and many people considered him bisexual since he was clearly drawn to Mulan while she presented as a male soldier named Ping. However, the character was cut from Disney’s live-action remake. The producer Jason Reed cited the #MeToo movement as […] 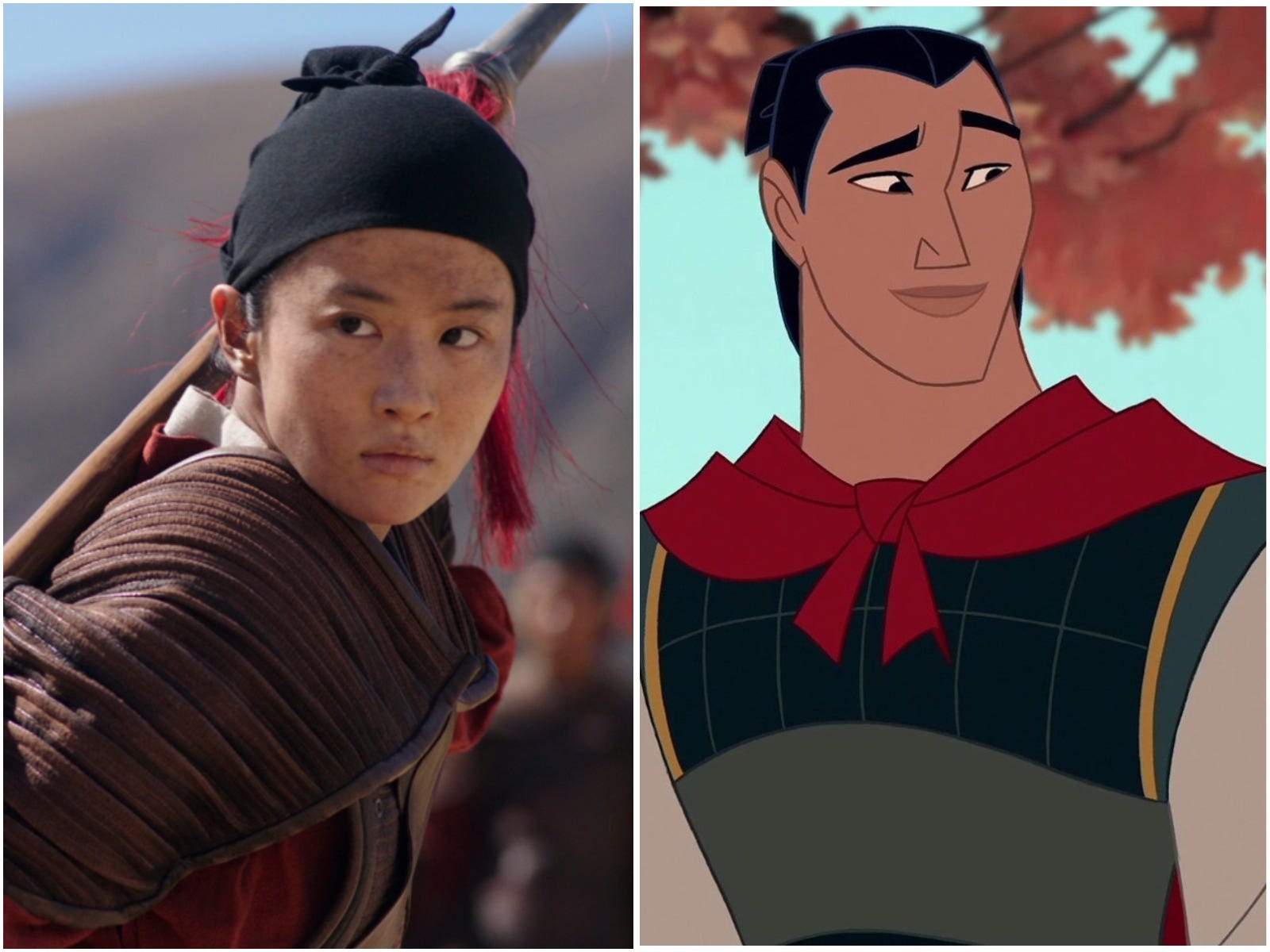 Ming-Na Wen, the actress who voiced Mulan in the 1998 animated original, playfully threw shade at the live-action remake during an interview with the New York Times. Wen said: “I hope everyone will still have a little place in their hearts for the animated Mulan. I mean, at least she […] 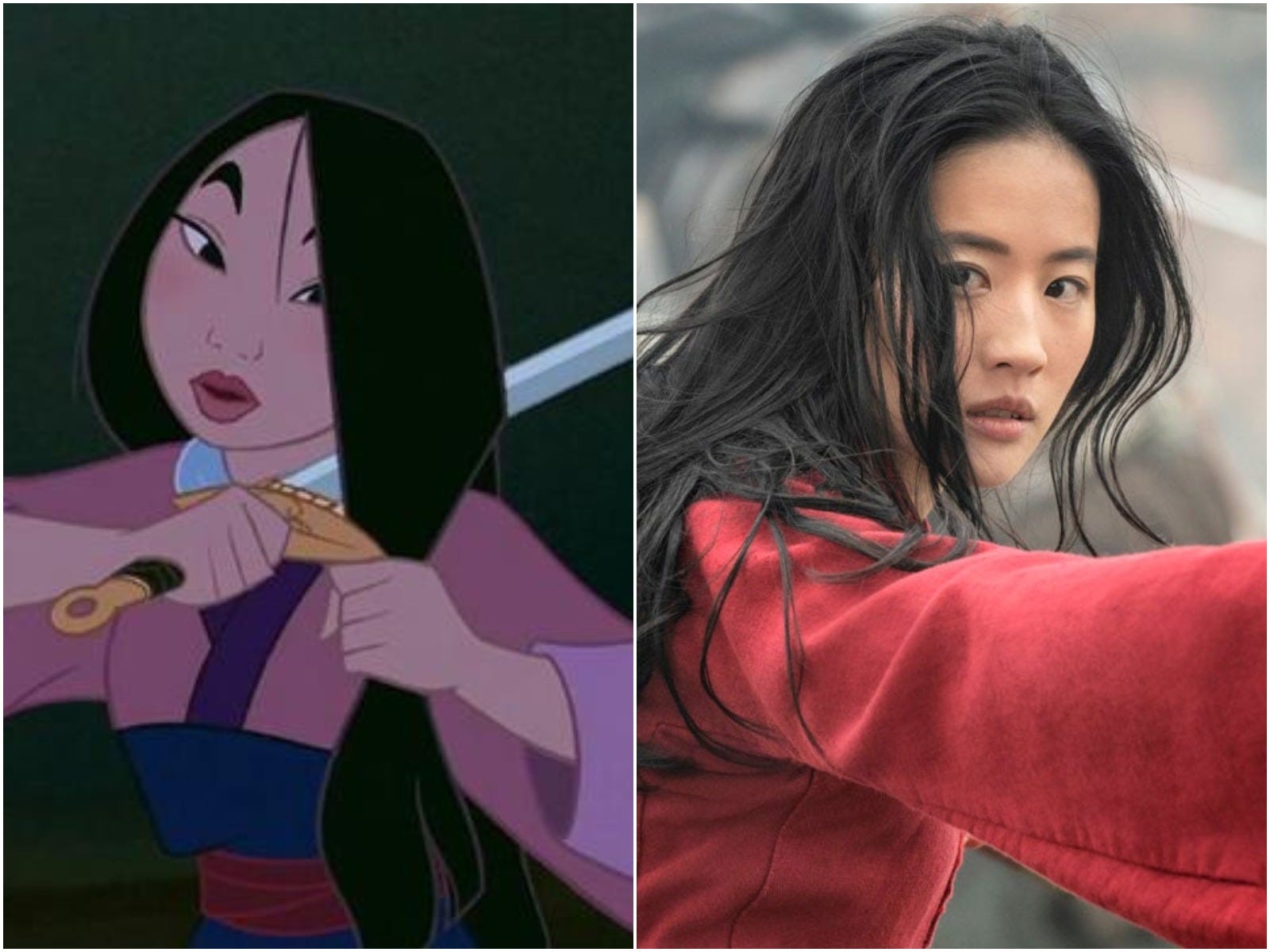 “Mulan’s” animated composer Matthew Wilder was brought back to work on music for the live-action adaptation. Wilder told Insider they were struggling to find the right balance to honour the music from the 1998 movie. “They were playing with the idea of creating montages for the movie to include song […] 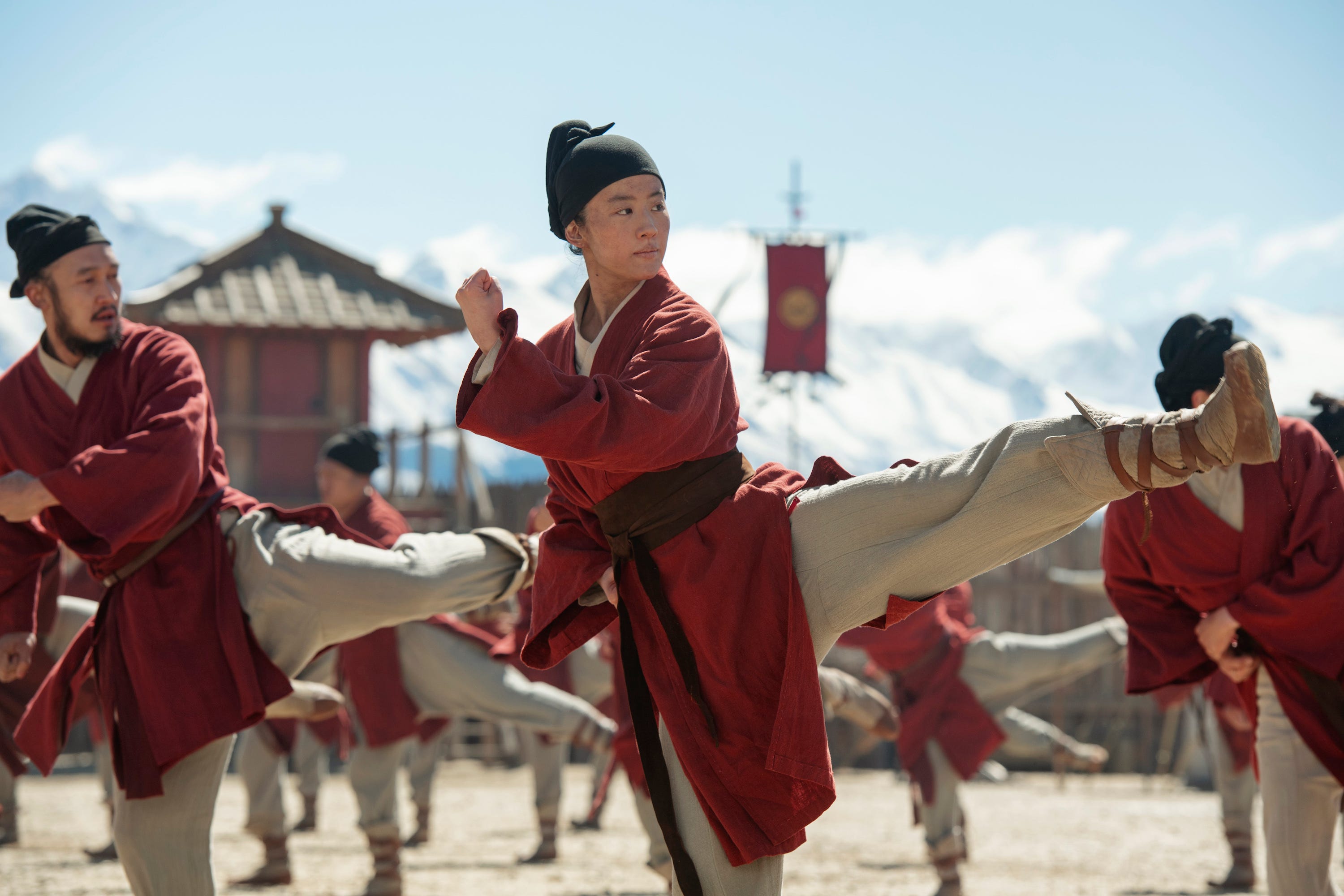 In an interview with Variety, “Mulan” actor Tzi Ma said that he thinks Asian actors are consistently overlooked for awards. Ma plays Mulan’s father, Zhou, in Disney’s live-action remake of “Mulan,” which was released on September 4 on Disney Plus and in some theatres worldwide. The Hong Kong-American actor referenced […] 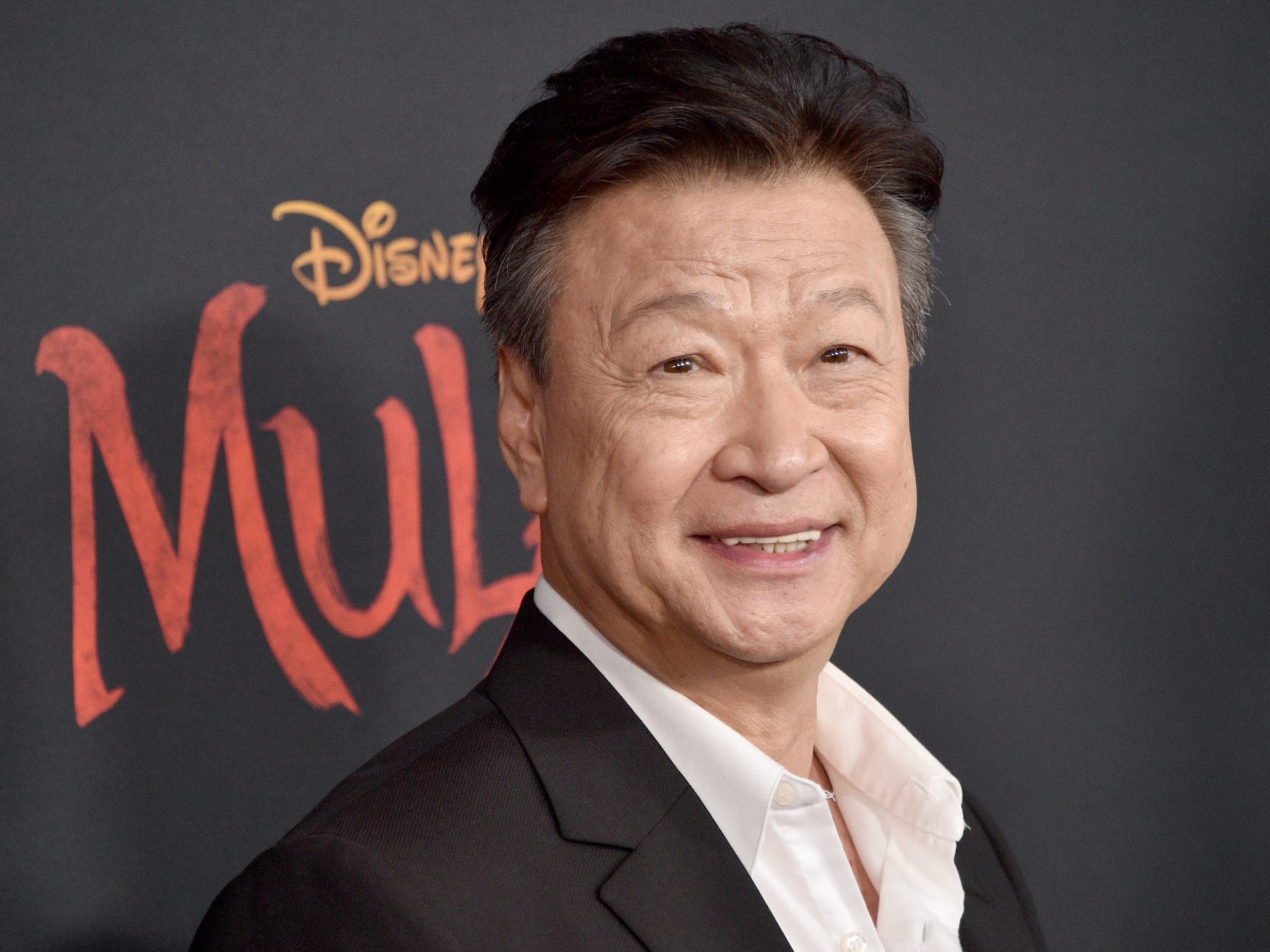 The live-action ‘Mulan’ has an unexpected cameo you may overlook the first time around. Here’s how it came together.

Warning: There are massive spoilers ahead for “Mulan.” Disney’s live-action “Mulan” has a big cameo you may have overlooked. Keep an eye out for the original film’s star, Ming-Na Wen, near the film’s end. Producer Jason Reed told Insider production needed to work around Wen’s “Agents of S.H.I.E.L.D.” schedule. Cinematographer […] 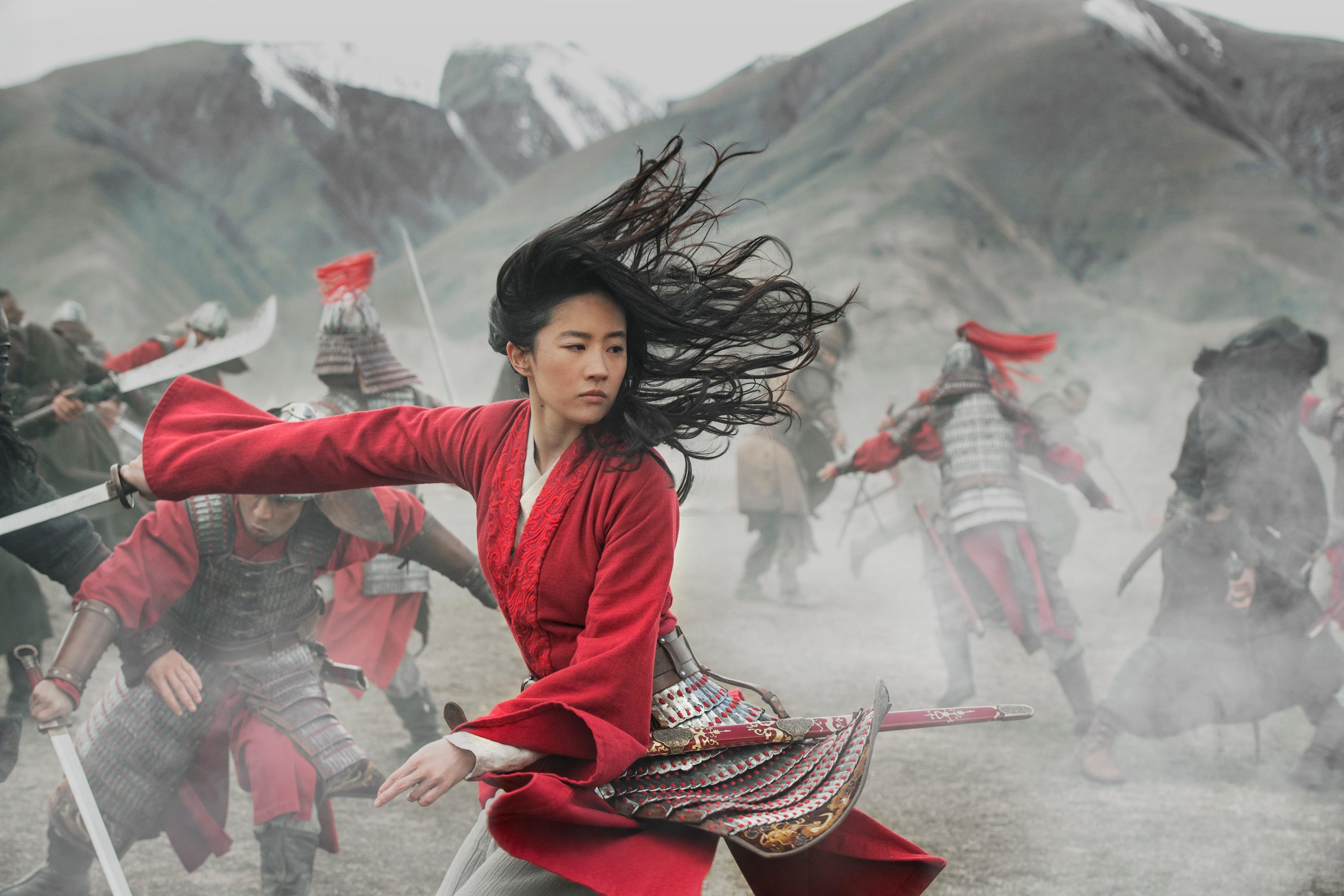 Disney originally wanted to cut ‘Reflection’ from the animated ‘Mulan.’ A compromise was made to keep it in the final movie.

The hit song “Reflection” is synonymous with Disney’s 1998 animated classic, “Mulan.” But there was a time Disney considered cutting the song from the film because of audience testing to a song in 1997’s “Hercules.” Composer Matthew Wilder told Insider the studio was concerned the ballad may become a “popcorn […] 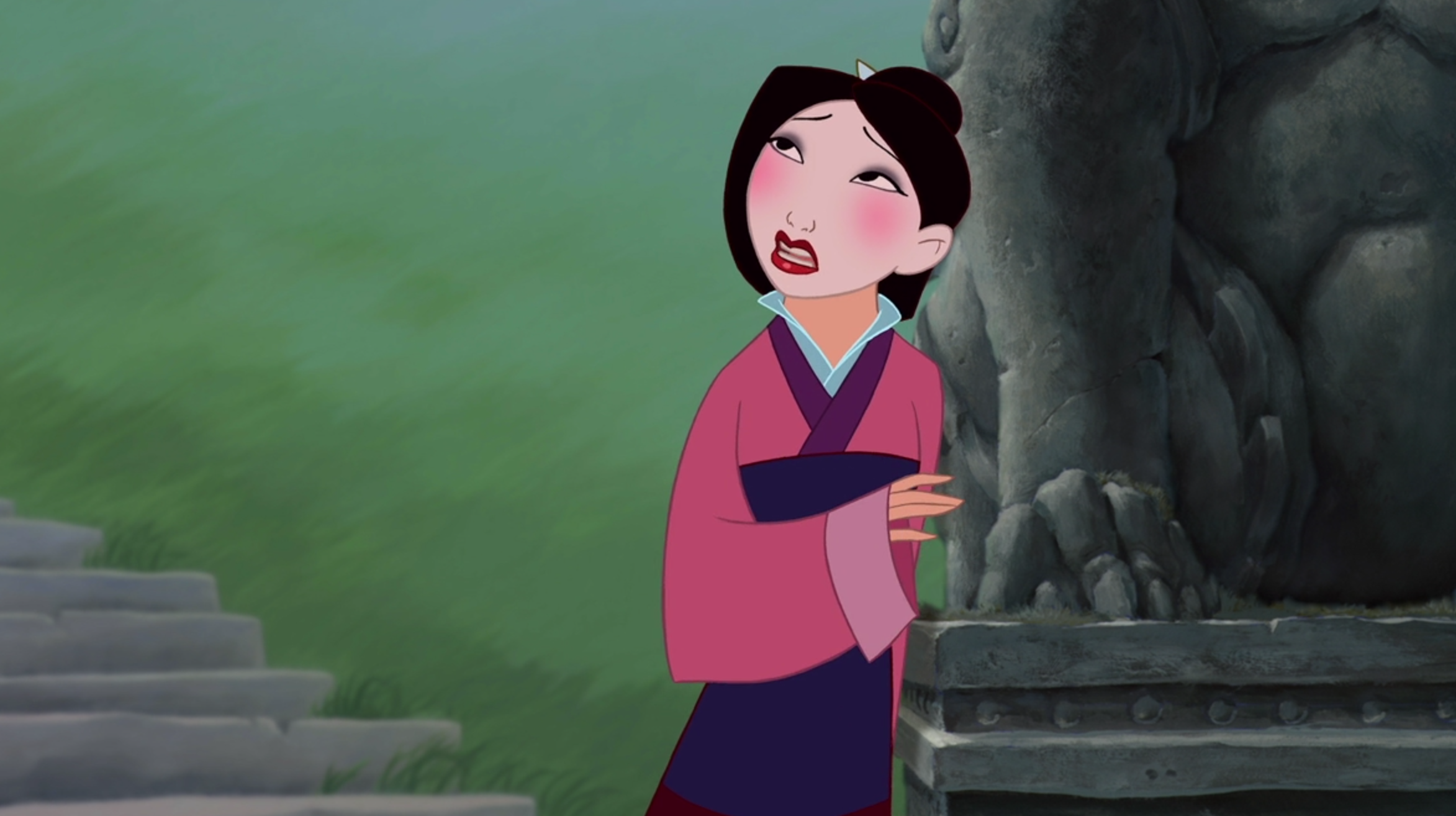 Summary List Placement “Mulan” is Disney’s latest remake of one of its beloved animated movies. It also happens to be its best. As movies slowly begin to return to theatres worldwide, the film, based on the 1998 animated movie of the same name, is among the first big releases. If […] 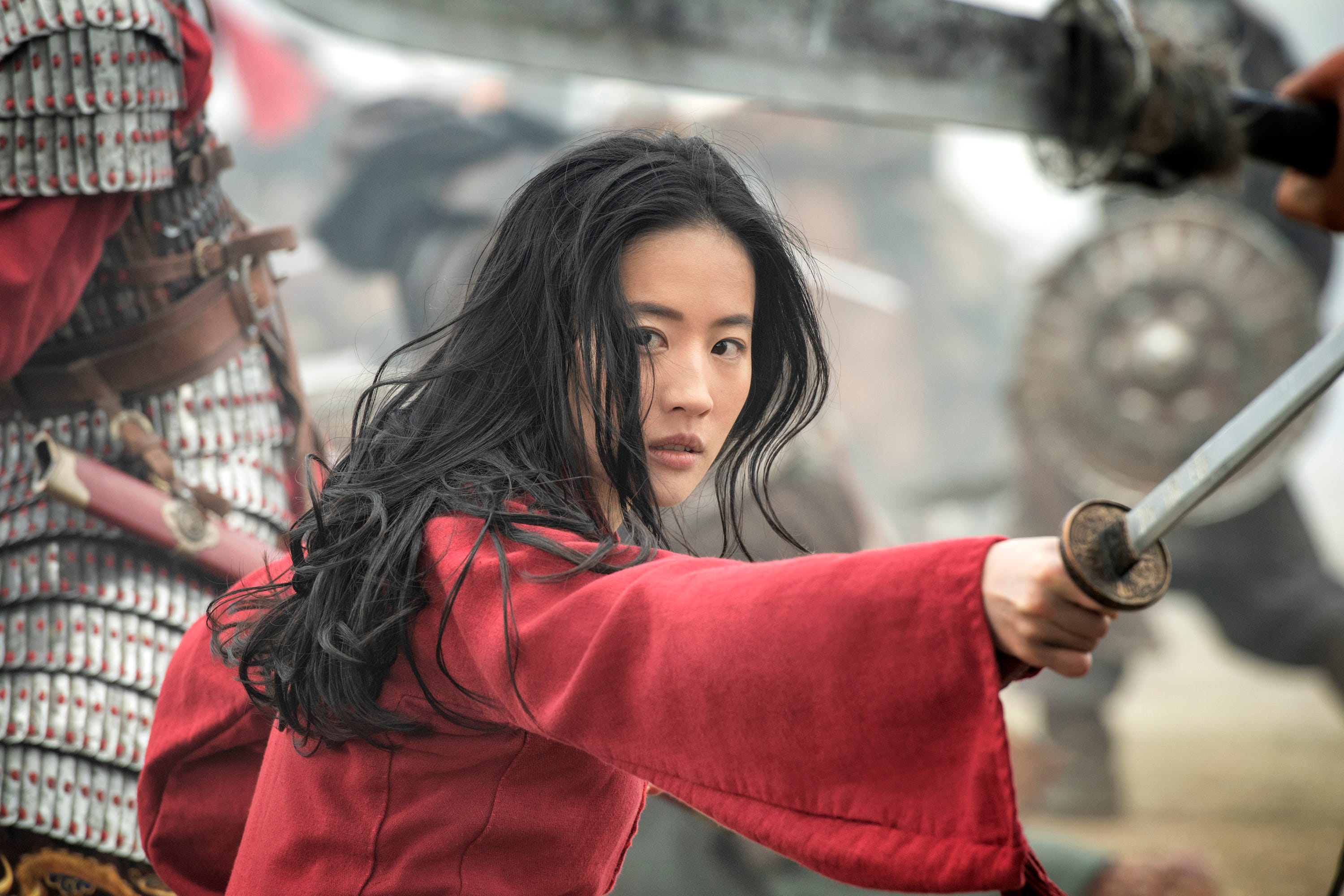 Summary List Placement Liu Yifei said that the male disguise she wore while playing Mulan in Disney’s live-action remake was so convincing that even her castmates didn’t recognise her. In an interview with AsiaOne on August 31, Yifei said that her own experience resonated with that of her character. Mulan […] 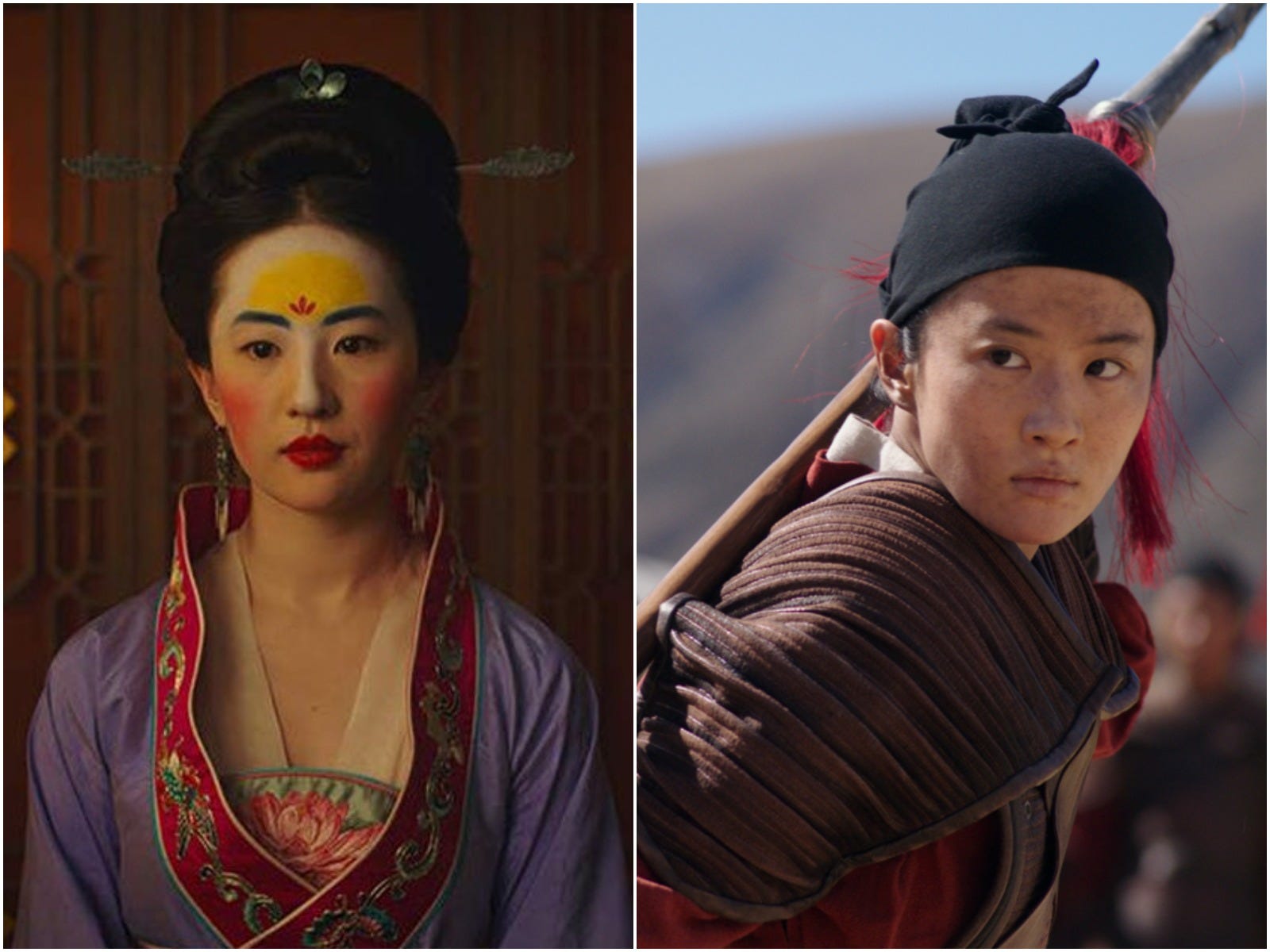 Summary List Placement If you don’t want to pay to see “Mulan” on Disney Plus, you’ll eventually be able to watch it on the streaming service at no additional cost. You just have to wait a few months. The live-action “Mulan” will be available to all Disney Plus subscribers starting […] 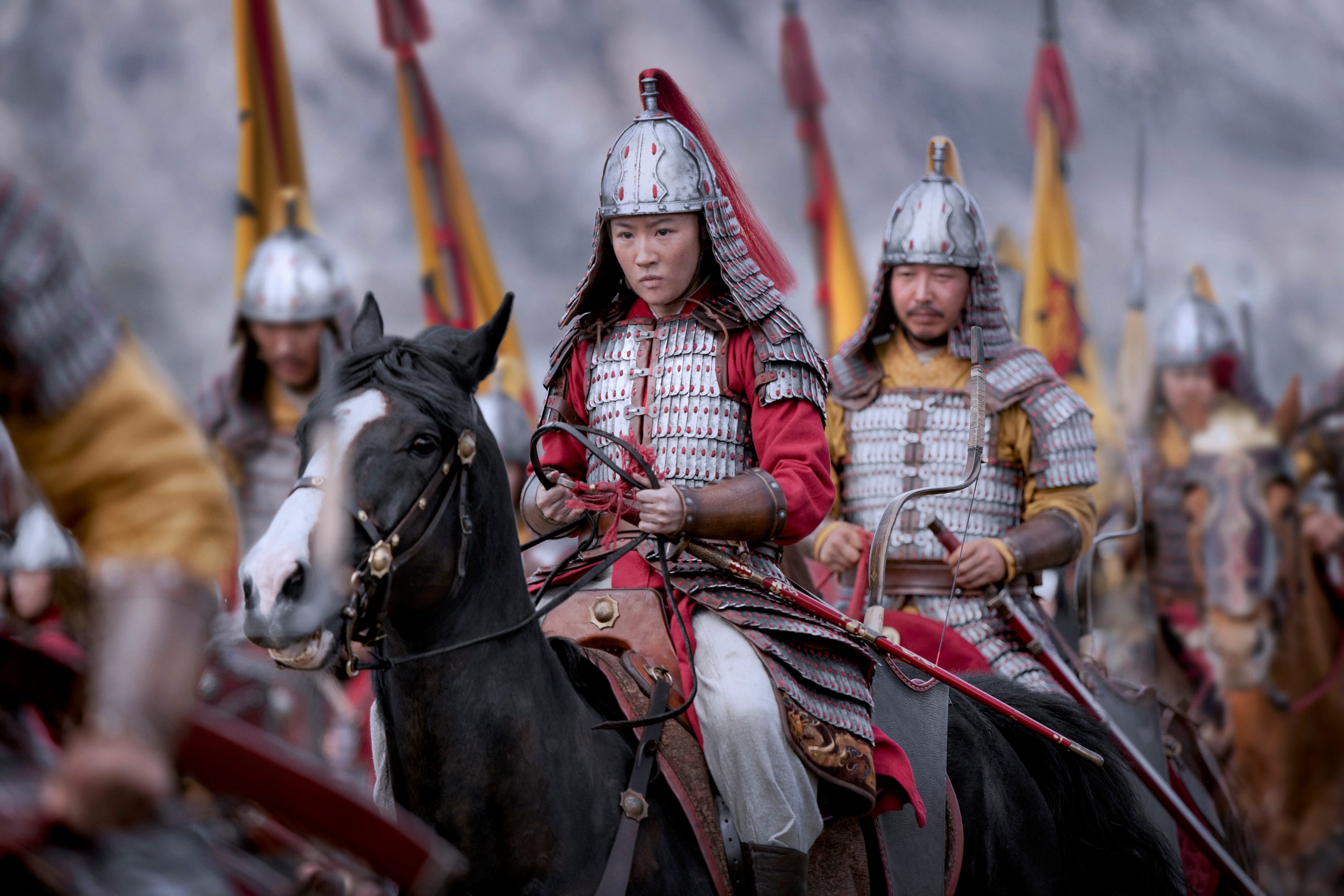 Disney’s live-action “Mulan” will be simultaneously released on Disney Plus and in some theatres on September 4. Cinematographer Mandy Walker tells Insider she’s just excited that fans will finally be able to see the movie, no matter how they watch. “A lot of people have got great TVs now,” Walker […]

“Mulan” will be available to stream on Disney Plus on September 4 in the US. You must have a Disney Plus subscription to purchase “Mulan” for $US29.99. A Disney Plus representative confirmed to Insider you are not paying for a one-time rental. Subscribers will have access to “Mulan” as long […]

“Mulan” will be available on Disney Plus starting September 4. In addition to a Disney Plus subscription, customers will need to pay an additional $US29.99 to view the film. Disney CEO Bob Chapek made the announcement during the company’s Q3 earnings call. A Disney Plus representative tells Insider subscribers will […]

The original codirector of ‘Mulan’ loves the live-action remake: ‘This is what all these Disney remakes should be’

Disney’s live-action “Mulan” is scheduled for release on July 24 after being delayed several months. Insider caught up with Tony Bancroft, codirector of 1998’s animated “Mulan,” at the film’s world premiere at the Dolby Theatre in Los Angeles, California in March. Bancroft told Insider he “enjoyed it far more” than […]

Disney announced a limited-edition doll based on the live-action “Mulan” movie. The $US130 doll notably comes with a colourful phoenix that isn’t in the orignal 1998 animated film. The phoenix is believed to replace Mushu in the new film as Mulan’s protector. The doll will be available March 28 in […] 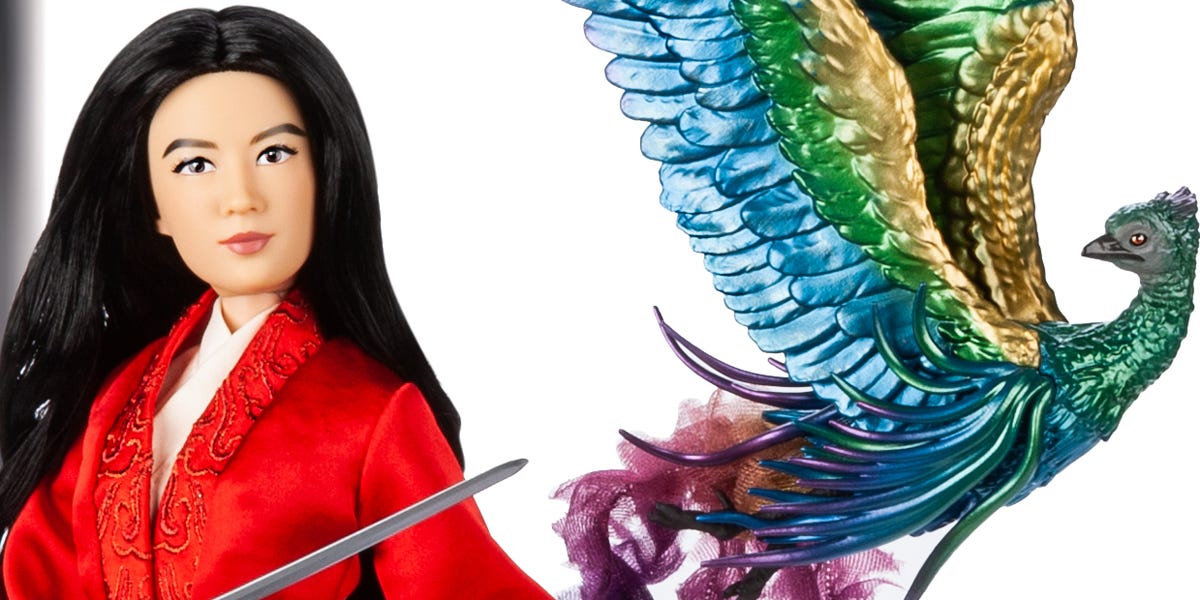 ‘Mulan’ star Liu Yifei did 90% of her own stunts in the Disney movie, according to the cinematographer

“Mulan” cinematographer Mandy Walker spoke to Insider about her work on Disney’s live-action remake, which is now available to watch on Disney Plus. Walker said that the battle sequences were all done in front of the camera and that star Liu Yifei did 90% of her own stunts. Walker said: […] 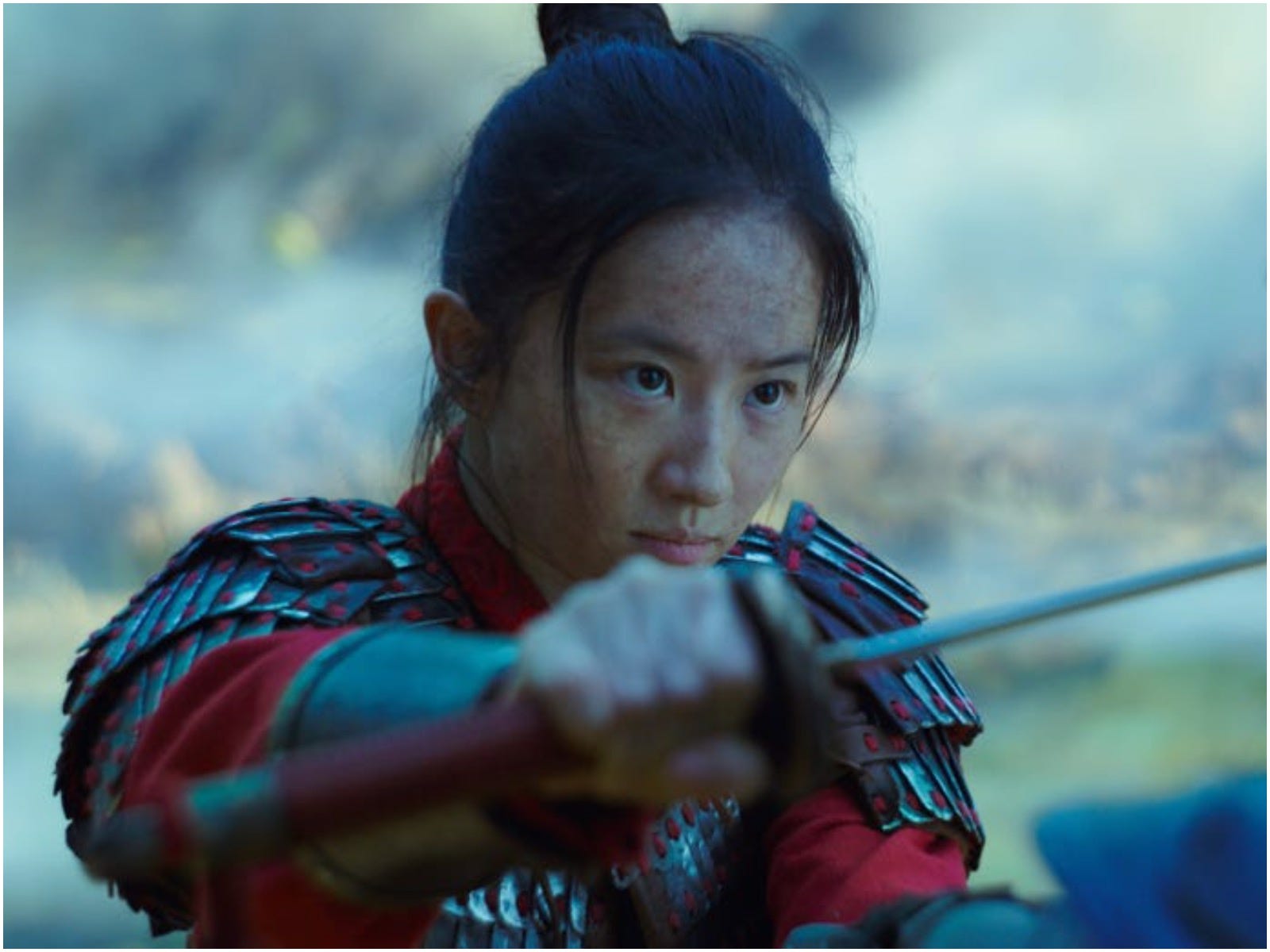 Disney released its final full trailer for its live-action “Mulan” movie during Super Bowl Sunday and it finally gives us a good look at the villains. In the 1998 animated movie, Mulan disguises herself as a man to take her father’s place in the army. The new movie follows the […]