McGahn's testimony had hinged on whether former President Donald Trump would seek to block his participation. 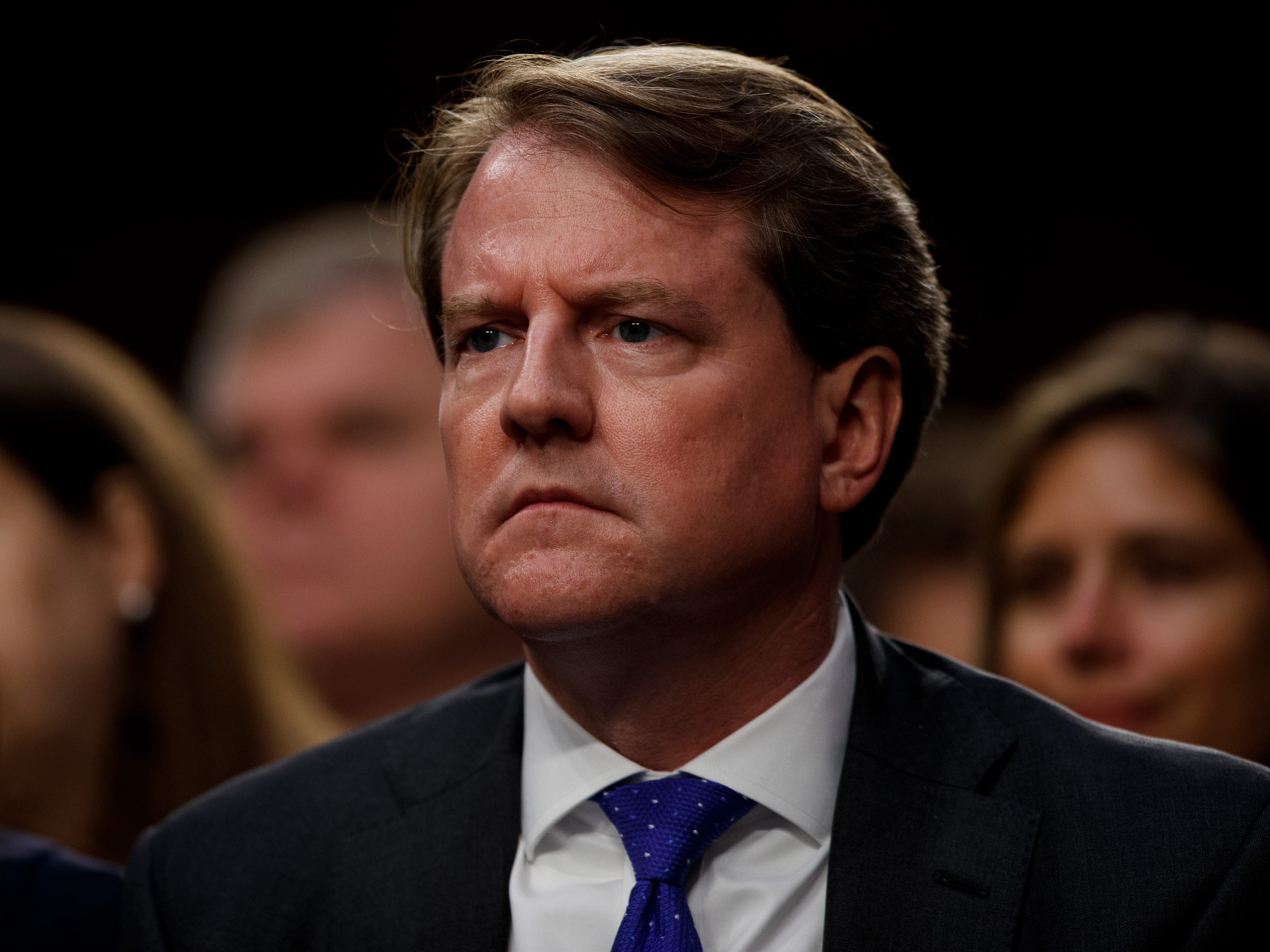 Every year, there are headlines that put readers across the world on the edge of their seats. This year, the UK celebrated a new royal baby and the US won its fourth women’s World Cup. New Zealand suffered its worst-ever mass shooting in March, and more than a dozen people […] Two prominent House Democrats hit back against the Department of Justice on Thursday amid reports that the agency was opening up a criminal investigation into the special counsel’s Russia investigation. Robert Mueller’s 448-page report into 2016 Russian election meddling did not charge Trump with criminal conduct but also did not […]

‘Problematic is an understatement’: Mueller excoriates Trump for praising WikiLeaks during the 2016 election

The former special counsel Robert Mueller was asked for his thoughts on President Donald Trump‘s effusive praise of the radical pro-transparency group WikiLeaks when he testified before Congress on Wednesday. “Well,” Mueller said, “problematic is an understatement in terms of what it displays in terms of giving some hope, or […] President Donald Trump on Wednesday said he plans to have a “very good conversation” with Russian President Vladimir Putin at the G20 summit, but that it will stay secret. He told the media the specifics of what they discuss are “none of your business.” Trump was responding to a question […] Trump kicked off his 2020 campaign with a freewheeling rally riddled with falsehoods as he excoriated Mueller, Democrats, and the press

President Donald Trump officially kicked off his re-election campaign with a raucous rally Tuesday night in Orlando, Florida. Trump’s stump speech conspicuously lacked concrete policy rollouts or a 2020 agenda, and it focused instead on excoriating the president’s perceived enemies in the media, the Democratic party, and the intelligence community. […] Former Trump adviser Roger Stone on Sunday posted a message on Instagram calling for former CIA Director John Brennan to be hanged. “This psycho must be tried, charged, convicted, and hung for treason,” read the message with a picture of Brennan. Stone is currently awaiting the start of his trial […] Four days after the special counsel Robert Mueller made his first public statement on his findings in the Russia investigation, Democrats are as divided as ever about whether to immediately impeach President Donald Trump. But there is growing consensus that impeachment, at some point down the road, may be inevitable. […] Mueller and Barr released a bizarre statement claiming ‘there is no conflict’ between their views on obstruction, despite loads of evidence to the contrary

The Department of Justice and the former special counsel Robert Mueller released a rare joint statement Wednesday. The statement insisted “there is no conflict” between their views on the obstruction-of-justice case against President Donald Trump. It is trying to resolve an argument over whether the only thing preventing Mueller from […] The chairman of the powerful House Judiciary Committee just went as far as he could to say Trump should be impeached, without saying it outright

Rep. Jerry Nadler, the chairman of the House Judiciary Committee, said during a news conference Wednesday that President Donald Trump engaged in “crimes, lies, and other wrongdoing” while in office. Nadler stopped short of calling for an impeachment investigation into the president. Nadler’s remarks came after the former special counsel […] On Sunday, President Trump suggested in a pair of tweets that special counsel Robert Mueller shouldn’t testify before Congress. Mueller was called to do so last month by Democrats on the House Judiciary Committee. Trump claimed that Democrats were “looking for a redo” after the Mueller investigation left unanswered the […] A Democratic lawmaker sparked confusion Sunday, suggesting that Robert Mueller had agreed to testify before Congress, before walking back his comments Attorney General William Barr delivered his summary of the special counsel Robert Mueller’s main findings in the Russia investigation on Sunday afternoon. According to Barr’s summary, Mueller found that neither President Donald Trump nor his presidential campaign conspired or colluded with Russia to influence the 2016 election. But Mueller did […] The investigations into President Trump are far from over, despite special counsel Robert Mueller submitting his report on Friday. House Judiciary Committee chairman Jerry Nadler requested information from Trump’s son-in-law Jared Kushner regarding various aspects of his involvement with the campaign during the 2016 presidential election, as well as his […] Special counsel Robert Mueller’s office delivered its long-awaited report to the US Attorney General William Barr on Friday evening. Beyond reports that Mueller’s office is not recommending any further indictments, the American people are in the dark about what is in this report, which has been nearly two years in […]

‘You’ll all be my guests at Mar-a-Lago’: An explosive New York Times report highlights Deutsche Bank’s $2 billion in loans to Trump

President Donald Trump received about $US2 billion in loans from Deutsche Bank during their two-decade history, according to an in-depth New York Times report published Monday. Trump’s business practices are drawing more scrutiny amid investigations into the relationship between the president and the bank. Here is a list of the […]