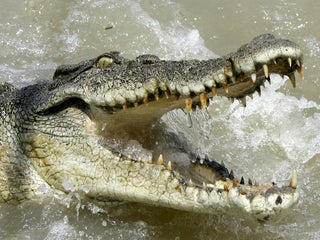 Mother hailed a "hero" after the mountain lion attacked the boy while he was playing near his house on Thursday in Calabasas, California. 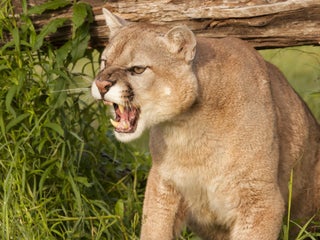 A 50-pound mountain lion that ran loose through San Francisco is suspected of killing three marsupials in the city’s zoo. The zoo said it’s investigating the deaths of two wallaroos and one red kangaroo. Before the mountain lion was found, police had warned the city that it was likely “confused […] 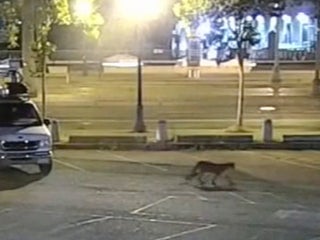 A man in Colorado encountered a mountain lion. Alone in the woods at night, all he had to protect himself was a dull pocket knife and rocks, which he threw at the animal, Richard Marriott told Sky-Hi News. Marriott was in the woods at the time to hunt. Usually, when […] You’re more likely to be killed by a dog or cow in the US, than a shark or crocodile. Here’s where the 11 deadliest animals live.

Animals kill just over 400 people in the US on average each year. Mountain lions, sharks, and crocodiles might look the most threatening, but they’re not as likely to kill you compared to backyard animals like dogs and cows. Deer-related car accidents are responsible for about 200 deaths each year, […] A 4-year-old boy was hospitalized on Monday after a suspected mountain lion attack in San Diego, California. The boy was walking with his father when the large cat attacked, and the dad scared the feline away, KGTV reported. The extent of the boy’s injuries haven’t been released. Visit INSIDER.com for […] Hunter Franchesca Esplin went viral after posting a Facebook video of her hunting a mountain lion and a photo with its bloody corpse. The pictures infuriated conservationists, with the head of one organisation calling it a “trophy hunt.” Esplin told INSIDER that she’s a conservationist herself who hunts to keep […]

Francesca Esplin went viral for hunting a mountain lion and posting photos of its bloody corpse to Facebook. The hunt happened in December, and the photos drew widespread attention when a Colorado-based conservation group posted them to its own Facebook page. Esplin said killing the lion wasn’t just for sport, […]

San Bernardino County Fire officials removed a mountain lion from a tree in a backyard of a home in Hesperia, California, on Saturday. The homeowner was gardening when they spotted the big cat perched on a 50-foot-high (15-metre-high) tree branch. Officials tranquilised the cat while removing it, and after it […]

PHOTO: A hunter shot a mountain lion with an extra set of teeth growing out of its head

Warning: This post contains an image which some might find disturbing. A hunter in Idaho set out to “harvest” a mountain lion which had attacked a dog on a landowner’s property on December 30, and returned with a nightmare. Late last week, the state’s Fish and Game department released a […]