A 25-year-old Mali woman gave birth to 9 babies. She was expecting 7.

According to the Guinness Book of World Records, the record for most surviving babies delivered at one time is eight and is held by Nadya Suleman. 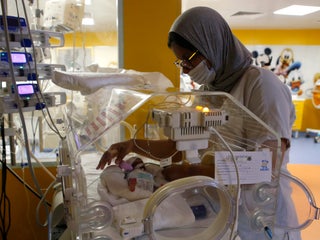 Argan oil can cost as much as $300 per litre. Why is it so expensive?

In just one generation, the international market for argan oil has risen from 200 litres to 4,000 metric tons. This artisanal oil was originally sold on the roadside in recycled bottles for as little as $US3 per litre. It takes one woman approximately 24 hours to produce one litre of […] 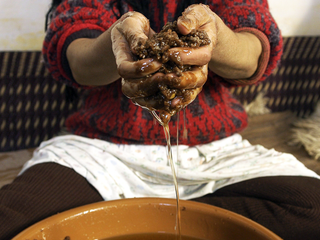 The coronavirus outbreak has caused some countries to completely close their borders, trapping American tourists abroad in places like Honduras, Peru, and Morocco. These trapped Americans have been speaking to news outlets, saying the US government has done little to help them get home. An anonymous State Department official told […] 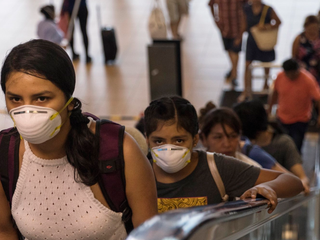 What it’s like to stay at the ‘best hostel in Africa,’ which looks more like a boutique hotel with a pool and a roof terrace

The Rodamón Riad in Marrakech, Morocco looks and feels more like a boutique hotel than a hostel. Recently voted the best hostel in Africa by Hostelworld’s HOSCAR awards, it has an outdoor pool, a roof terrace, and is beautifully decorated. Prices start at $US20.79 per night for a mixed 8-bed […] After spending a month in Morocco, I can tell you the best part of the country isn’t its cities

Tourism in Morocco is booming. The Majorelle Gardens in Marrakesh, a landscape garden designed and cultivated by French artist Jacques Majorelle and later bought and restored by designer Yves Saint Laurent, is considered the top tourist destination in all of Morocco. On two recent visits, I found the once-peaceful gardens […] Instagram has made a tiny mountain town world-famous for its picturesque blue walls, and locals are cashing in

Chefchaouen, Morocco, has skyrocketed in popularity over the past five years thanks to the mountain city’s Instagrammable blue-painted houses and buildings. While some travel writers have complained that the city has been “ruined by Instagram,” locals told Business Insider that the surge in popularity had jump-started its economy. On a […] Tourism in Morocco is booming. The Majorelle Gardens in Marrakech, a landscape garden designed and cultivated by French artist Jacques Majorelle and later bought and restored by designer Yves Saint Laurent, is considered the top tourist destination in all of Morocco. On two recent visits, I found the once-peaceful gardens […] After a month in Morocco, I can tell you the last place you want to stay is in a hotel or Airbnb

Travelling to Morocco is different from vacationing in most other countries. While major hotel chains have outposts in Moroccan cities, and while Airbnb is easy to use, the best way to see the country is by staying in riads, traditional Moroccan homes that have been converted into guesthouses. There are […] 10 dreamy Airbnbs people loved in 2018, from a secluded treehouse to a house built into a cliff

Airbnb recently announced its most-liked Instagram photos of 2018. The photos depict 10 Airbnb homes around the world, four of which are located in Italy. Each location offers stunning nature views, and many of the homes are situated next to bodies of water. We’ve rounded up 17 photos of the […]

I rode Africa’s first superfast bullet train that could cover the distance from New York to Washington, DC, in 90 minutes — and I understand why it’s controversial

In November 2018, Morocco unveiled the first high-speed railway system in Africa, connecting the coastal city of Tangier with the capital, Rabat, and Casablanca, the country’s business hub – and eventually the tourist destinations of Marrakech and Agadir. In December 2018, I rode the train roughly the distance between New […] The most iconic desert in the world is the Sahara. I drove for days, rode a camel for hours, and slept under the stars just to see it.

Stretching from Egypt to Morocco, the Sahara Desert is the largest hot desert in the world, comparable in size to the continental US. While there are many ways to visit the Sahara, possibly the most iconic way is to visit Erg Chebbi, one of Morocco’s many ergs, or seas of […] I visited the world’s largest film studio, where Moroccan locals are cast as everyone from Osama Bin Laden to Jesus and the desert is littered with the wreckage of ‘Game of Thrones’ and ‘Gladiator’

Atlas Film Studios is a 322,000 square-foot studio in southwestern Morocco that is considered to be the largest film studio in the world. More than 200 major films and television shows have filmed there, including “Gladiator,” “Ben Hur,” “Kingdom of Heaven,” “The Mummy,” “The Passion of the Christ,” and, most […] I rang in the New Year at an all-night rave in the Moroccan desert. It left Times Square in the dust.

After years spending New Year’s in New York City at bar crawls, house parties, and underground raves, I was determined to find a New Year’s Eve party while visiting Morocco that would blow the bash in Times Square out of the water. I scoured the internet and found out there […] Officials in Morocco charged 15 people with terror offences on Sunday over the deaths of backpackers Louisa Jespersen and Maren Ueland. Jespersen, from Denmark, and Ueland, from Norway, were found beheaded on December 17. Video was circulated online showing one of the beheadings. Authorities say the men involved pledged allegiance […]

Moroccan police hunting the killers of two Scandinavian hikers unwittingly foiled a terror plot during their raids. Officers found bomb-making materials, and “spared Morocco a terrorist plot,” a spokesman for the country’s intelligence services said on Sunday. Louisa Jespersen from Denmark and Maren Ueland from Norway were found dead in […]

Moroccan officials said the four men suspected of killing Louisa Jespersen, 24, of Denmark, and Maren Ueland, 28, of Norway, pledged their allegiance to ISIS before the killings. Abdellah Rami, a Moroccan expert on Islamist movements, told The New York Times, it is “easier for organisations like ISIS to start […] The men suspected of killing 2 Scandinavian tourists in Morocco had pledged allegiance to ISIS, prosecutors say

Four men suspected of killing two Scandinavian backpackers pledged their loyalty to ISIS the week before, a Moroccan prosecutor said. Louisa Jespersen from Denmark and Maren Ueland from Norway were found dead in the Morocco’s High Atlas Mountains on Tuesday. Video reviewed by INSIDER, and verified by Danish intelligence, shows […]

Denmark’s prime minister says the killing of two Scandinavian backpackers in Morocco this week was “politically motivated and thus an act of terror.” Louisa Jespersen from Denmark and Maren Ueland from Norway were found dead Monday in Morocco’s High Atlas Mountains. Moroccan authorities are investigating a beheading video shared online […]

Inside the largest and oldest leather tannery in the world