Chains including Mod Pizza and Blaze Pizza are offering free food or discounts for Pi Day. Here’s how to get them.

Pi Day is upon us, and so are its pizza promotions. You can get free pizza and large discounts at several popular pizza chains on March 14. From Mod Pizza’s free pizza with a $US3.14 purchase to Pieology’s buy one, get one for $US3.14, here’s how you can put a […] 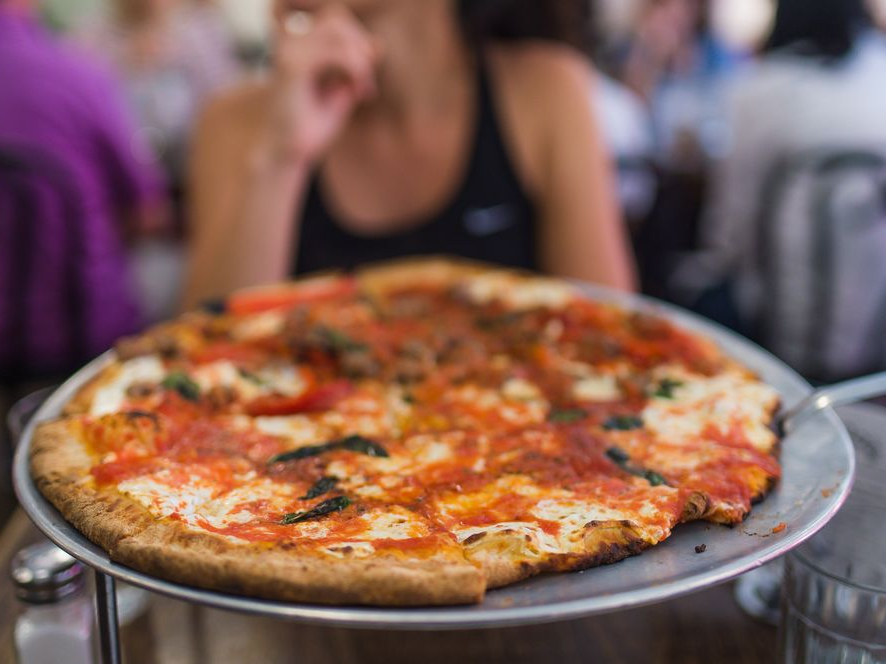 Blaze Pizza and MOD Pizza are two competitors leading the fast-casualpizza industry. They have been neck-and-neck in the race, but this year MOD’s systemwide sales growth outpaced Blaze’s by far, according to Nation’s Restaurant News. I went to the Blaze Pizza on Staten Island, New York, and the MOD Pizza […] I ate at MOD Pizza, America’s fastest-growing restaurant chain, and saw why it’s miles ahead of the competition

MOD Pizza is America’s fastest-growing restaurant chain. I went to the MOD Pizza in Bellevue, Washington, to see what the dining experience was like. I was impressed by the food’s customizability, the ingredients’ freshness and quality, and the efficient yet personal assembly-line format. Visit Business Insider’s homepage for more stories. […] These are the 10 fastest-growing restaurant chains taking over America

From fast-casual pizza brands to chicken chains, a new crop of restaurant chains are ready to take over America. Chains including MOD Pizza,Shake Shack, and Raising Cane’s are leading the pack in sales growth over the last year. Read on to see the 10 fastest-growing chains in America, according to […] The fastest-growing chain in America just raised another $160 million as it sets its sights on opening 1,000 locations

MOD Pizza announced on Tuesday that it had raised another $US160 million, bringing its total equity capital raised to $US335 million. The fast-casual pizza brand is one of the fastest-growing chains in the restaurant industry. Last year, it opened a net 98 US locations, an increase of 33%. CEO Scott […]

The fastest-growing restaurant chain in the United States is a pizza brand that many Americans have likely never visited. Trade publication Nation’s Restaurant News just released a list of the chains that grew the fastest in the US over the past year. Chains including MOD Pizza, Blaze Pizza, and Shake […] Few types of restaurants have gone from hot to... In the last year, MOD Pizza has nearly doubled...