A 20-year-old Fort Hood soldier went missing nearly 2 months ago, after telling her sister she’d been sexually harassed by a fellow soldier

Fort Hood soldier Vanessa Guillen was last seen on the Texas Army base on April 22. The Army is offering a $US25,000 reward for any credible information that helps officials find Private First Class Guillen, a 20-year-old from Houston, Texas. Officials have launched a nationwide search in hopes of finding […] 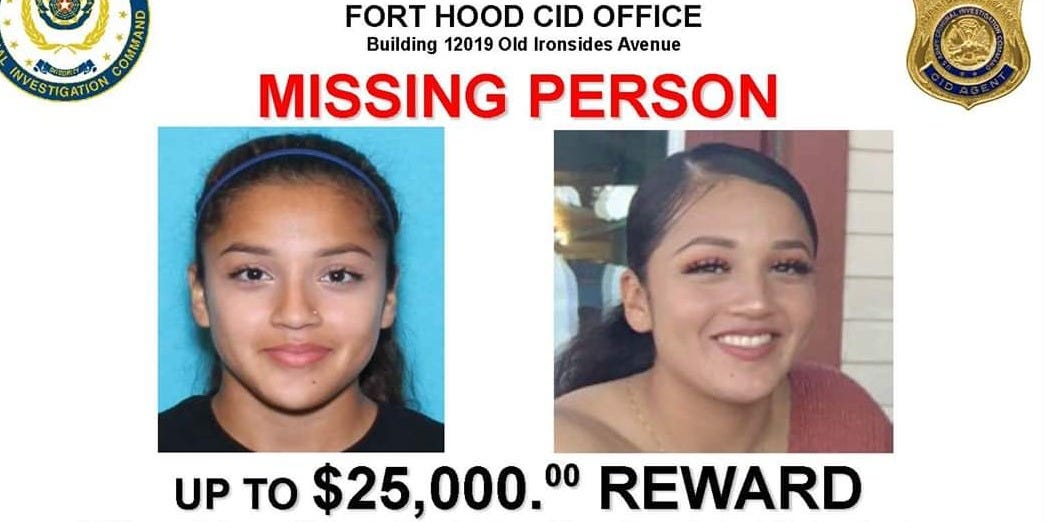 A California dad is pleading for help in finding his missing daughter, whose boyfriend reportedly rapped about killing a woman after her disappearance

Amanda Custer, 31, has been missing since July 29, when the Monrovia Police Department responded to a domestic violence report involving her and her boyfriend, 27-year-old Robert Camou. Camou was arrested on July 30, on a warrant connected to charges of domestic violence, burglary, battery, and assault charges that were […] After a four-day search, missing hiker Sheryl Powell, 60, has been located on Monday and taken to a local hospital, officials say. Inyo County Police Department said in a statement that Powell is “resilient and strong but exhausted after being lost in an extremely remote area above Big Pine, CA.” […] Fotis Dulos, the estranged husband of missing Connecticut mother-of-five Jennifer Dulos, gave an interview to NBC News York on Tuesday. It was Dulos’ first interview since his wife went missing at the end of May. Authorities have accused him and his girlfriend of throwing away items with Jennifer’s blood on […] A man has been arrested and charged in the case of MacKenzie Lueck, a missing University of Utah student, the police in Salt Lake City said in a press conference on Friday. The police said Ayoola Ajayi had been charged with aggravated murder, aggravated kidnapping, obstruction of justice, and desecration […] Sol Pais, the woman ‘infatuated with Columbine’ and at the center of a massive manhunt, is reportedly dead

Sol Pais was found near the Echo Lake Lodge in Clear Creek County, Colorado, on Wednesday. CBS Denver reported Pais, 18, was naked and running through the woods with a gun when police discovered her. A law enforcement source later told CBS Denver that Pais was dead. Denver’s 9News reported […]

A Kentucky mother-of-four has been missing for nearly a month. Savannah Spurlock, 22, went out with friends to a bar in Lexington on January 4 but never returned home. Police say she was last seen leaving the bar with three men, who have been identified and questioned. Authorities are asking […]

Crews plan to search landfill for clues in the disappearance of Kelsey Berreth, who investigators believe was murdered in a plot orchestrated by her fiancé

The search for missing Colorado mother Kelsey Berreth, 29, is turning to a landfill. The flight instructor is considered dead, but her body has not been found yet. Her fiancé and the father of her 1-year-old daughter, Patrick Frazee, was arrested late last month in connection to her murder. The […]

Patrick Frazee was formally charged with two counts of first-degree murder and three counts of solicitation to commit first-degree murder in connection to the death of his fiancée Kelsey Berreth. The formal charges come 10 days after he was arrested in his home in Teller County, Colorado, on December 21. […]

Patrick Frazee, 32, was taken into custody at his Teller County, Colorado, property Friday morning, according to multiple local reports. He was booked on charges of first-degree murder and solicitation to commit first-degree murder. Frazee is the fiancé of Kelsey Berreth, the 29-year-old woman who went missing on Thanksgiving. Authorities […]

On Friday, police executed a search warrant at the Florissant, Colorado, property of Patrick Frazee, whose fiancée, Kelsey Berreth, has been missing since Thanksgiving. The 29-year-old flight instructor was first reported missing by her mother on December 2nd, who was alarmed when she hadn’t heard from her in a while. […]