What the Super Bowl reveals about the state of advertising now

Hi and welcome to this weekly edition of Insider Advertising, where we track the big stories in media and advertising. I’m Lucia Moses, deputy editor, and here’s what’s going on: Super Bowl takeaways Cision confusion A MoviePass exec comeback Remember you can sign up to get this newsletter daily here. […] 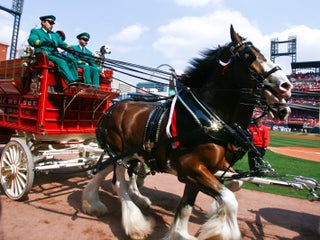 A battle being played out in the Federal Court has created a window into the media monitoring industry in Australia with allegations of phoney accounts set up in false names and the hijacking of competitor content to service big name clients. Media monitoring giant Isentia has gained a court order […]

iSentia shares are on a tear

Shares in media monitoring group iSentia soared after reports of takeover interest. A short time ago, the shares were up 5.2% to $1.99 but still well below the 12 month high of $4.14. Street Talk in the Australian Financial Review reported that iSentia had been approached by a potential buyer. […]

Australia’s biggest media monitor group, Isentia, has launched legal action against a rising competitor, Meltwater, its local managing director and his wife. In the Federal court action, iSentia alleges breach of contracts for media intelligence services. Meltwater says it will strenuously defend the action. Isentia alleges Meltwater has subscribed to […]

CHARTS: This is what social and online media thought about the 2017 federal budget

Sentiment about the 2017 federal budget on social and online media was more positive, or at least neutral in nature, than expected. Media monitoring company Meltwater analysed 1111 online news articles and 9094 mentions in social media in the hours following the release of the budget on Tuesday night. “Compared […]

CHARTS: The issues in the federal budget — as defined by social media

The big issues for the federal budget to be announced Tuesday next week are education, housing affordability, jobs and debt, according to analysis of social and online media over the last week. Media monitoring group Meltwater, in a study of 1871 online news articles and 8906 social media mentions between […]

ELECTION 2016: How the leaders performed on social and mainstream media

Prime minister and Liberal leader Malcolm Turnbull took an early lead and kept it throughout the election campaign, according to analysis of social and mainstream media by Meltwater. Bill Shorten, the ALB leader and opposition leader, couldn’t keep pace with Turnbull, especially on social media where the prime minister has […]

CHART: Malcolm Turnbull is the social media king of the election

Prime minister Malcolm Turnbull is the undisputed champion of social media mentions during the election campaign so far, according to analysis by monitoring group Meltwater. When it comes to share of voice on social media, Turnbull last week got a 60% share compared to opposition leader Bill Shorten’s 33%, as […]

Prime minister Malcolm Turnbull is well ahead of Labor leader Bill Shorten in terms of share of voice of news coverage in the first week of the campaign, according to analysis by monitoring group Meltwater. Turnbull had 57.4% of the mentions between May 9 and 15 in the mainstream Australian […]

Women are taking more of an interest in specific federal election issues, according to analysis of activity on Facebook by media monitoring group Meltwater. While men drive about 60% of election-specific interactions on Facebook, women have shown more interest in issues including asylum seeker detentions, as this chart shows: Meltwater […]

CHART: Social media sentiment is running against the 2016 Budget

Sentiment on social media is running against key measures in the federal budget, according to deep analysis by monitoring group Meltwater. The key negative sentiments in social media comments are about tax cuts and funding for education and the prospect of higher fees at university. About 500,000 taxpayers got removed […]

CHART: Australians don’t think much of the tax cuts in the budget

Mainstream news coverage and social media comments were mostly negative about tax cuts in the federal budget, according to deep analysis by monitoring group Meltwater. Negative sentiment was greatest for tax cuts with the shifting of the ceiling in the threshold for which the 37 cents in the dollar tax […]