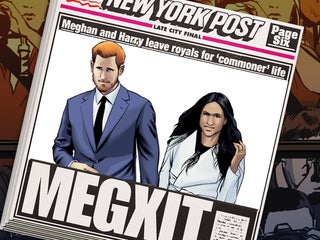 Ryan Reynolds is confused over whether Meghan Markle is still a duchess, and he’s not the only one

Ryan Reynolds is confused over whether Meghan Markle is still The Duchess of Sussex. The actor made an awkward joke on his comedy quiz show “Don’t” after the contestants were asked what Markle’s official title was “before she resigned.” After the multiple-choice options were given, he said: “Or E, we […] 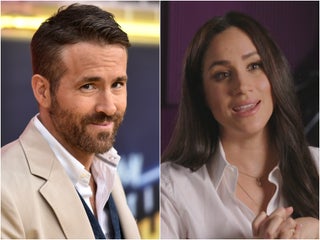 Meghan Markle wore a floaty, white linen dress with a straw hat and ballet flats while out in Beverly Hills with Prince Harry. The $US76 dress is a stark contrast to Markle’s royal wardrobe, which consisted of designer gowns and fascinators. For instance, the Duchess of Sussex wore a $US1,285 […] 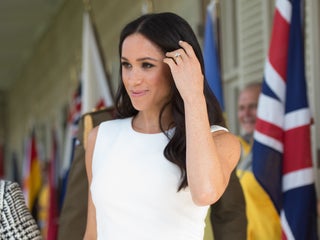 One year after their royal exit, Meghan Markle and Prince Harry are thriving — here are the photos to prove it

It’s been almost one year since the Duke and Duchess of Sussex announced their step back from royal life on January 8, 2020. Meghan Markle and Prince Harry no longer use their HRH titles or undertake charity work on behalf of the Queen. The couple had a farewell tour in […] 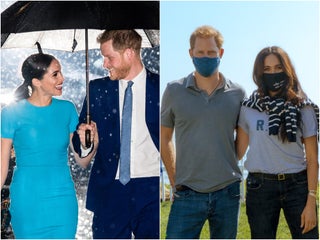 Here’s why Meghan Markle was ‘unprotected’ from the tabloids, unlike Kate Middleton and Prince Andrew

Meghan Markle recently said she was “unprotected” from the British tabloids and that her Kensington Palace press team didn’t allow her to respond to articles written about her. While Kensington Palace declined to comment on the statement, royal expert Richard Fitzwilliams said the palace’s media policy is to reply to […] 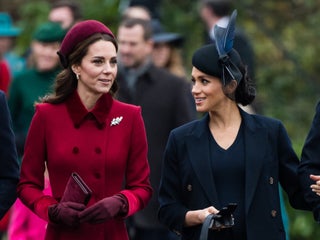 The British tabloids have reshared a video of Meghan Markle detailing her experiences with racism, despite accusations that they are part of the problem. The Mail Online, The Mirror, The Express, and The Sun shared the video of the Duchess of Sussex speaking for the “I Won’t Stand for Racism […] 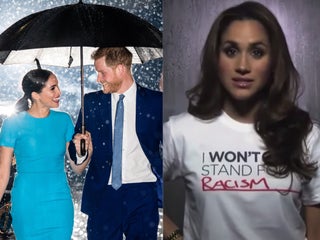 Sophie, Countess of Wessex spoke to The Times about “Megxit,” her struggles adapting to royal life, and the reason why her children don’t have HRH titles. The Queen’s daughter-in-law and wife to Prince Edward said she hopes Prince Harry and Meghan Markle “will be happy” as they start their new […] 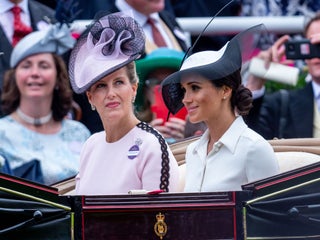 The best photo from every year of Prince Harry and Meghan Markle’s relationship, according to their photographer

It’s been almost two years since the Duke and Duchess of Sussex tied the knot at St George’s Chapel on May 19, 2018. The couple were first introduced by a mutual friend in the summer of 2016, but they didn’t go public as a couple until the Invictus Games the […] 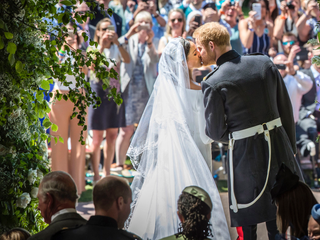 Meghan Markle has denied reports that she and Prince Harry didn’t consult the Queen before announcing their “step back” in January. In new documents filed by Duchess of Sussex’s legal team to support her lawsuit against the Mail on Sunday, Markle said she consulted both the Queen and Prince Charles […] 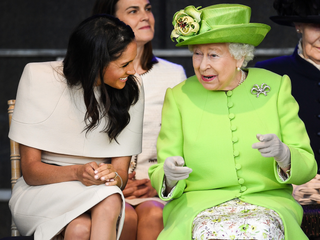 Meghan Markle and Prince Harry have written letters to British tabloids The Sun, the Daily Mail, the Daily Mirror, and the Daily Express to let them know they will no longer engage with them, their online editions, or their Sunday editions. In the letters, obtained by Insider, the Duke and […] 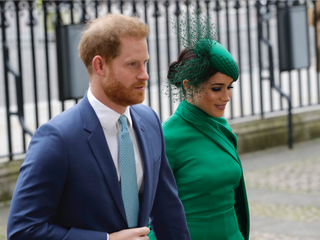 Prince Harry hinted that he and Meghan Markle were planning to leave the royal family as early as last summer. According to Dr. Jane Goodall, Harry suggested that Archie wouldn’t be brought up like a royal when she visited the couple last year. After getting Archie to do the Queen’s […] 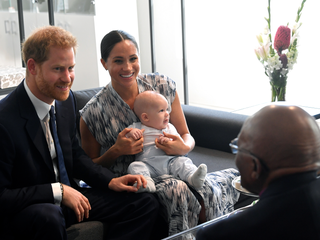 The Duke and Duchess of Sussex have resigned from their roles as senior full-time working members of the royal family. Together and individually, Prince Harry and Meghan Markle completed work with royal patronages, royal tours, and were even in the process of starting their own royal foundation before “Megxit.” There […] 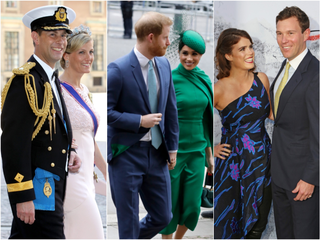 The Duke and Duchess of Sussex are celebrating their second wedding anniversary on May 19. Prince Harry and Meghan Markle’s first royal engagement together was the announcement of their engagement in November 2017. Since then, the duo have travelled the world together, welcomed their son, and most recently, left behind […] 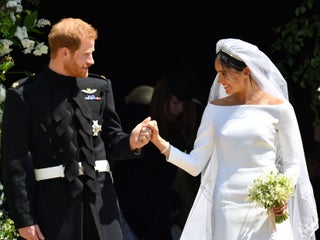 The Duchess of Sussex wil no longer have to stick to royal fashion protocol after she leaves the royal family on April 1. Meghan Markle has worn various conservative dresses, fascinators, and coats since marrying Prince Harry in 2018. Before becoming royal, her style was drastically different. When Markle worked […] 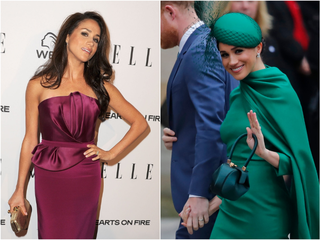 Prince Harry and Meghan Markle will be vulnerable without the palace’s protection in California, according to royal experts

The Duke and Duchess of Sussex are already facing the new challenges that come with “Megxit” as they prepare to officially resign on April 1. Insider spoke to royal experts, who explained that the couple are more vulnerable now without both the security staff and press office provided by Buckingham […] 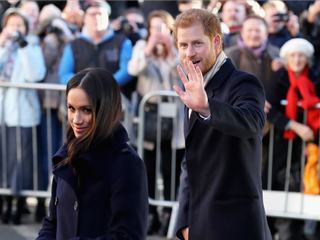 Prince Harry and Meghan Markle are scheduled to cease their royal duties on Wednesday. The couple, along with their son, Archie, have reportedly relocated to Los Angeles from Canada, where they temporarily resided after announcing their plans to step back from royal duties. On Sunday, President Donald Trump tweeted that […] 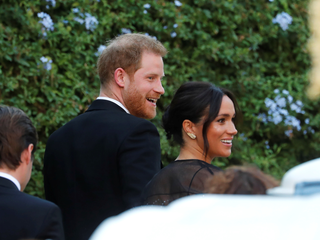 The royal family often use fashion to convey a message, and this is no different when it comes to showing support for other members. Ever since Meghan Markle married Prince Harry in 2018, Kate Middleton, the Queen, and other royals have paid tribute to the couple with their clothing. For […] 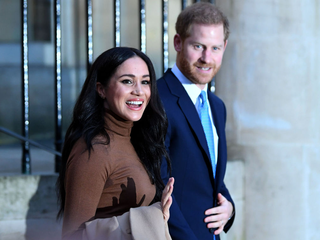 The Duke and Duchess of Sussex have returned to Canada after completing their farewell tour in London last week, according to the Mail Online. Donald Trump announced on Wednesday that the US would close its border with Canada to all “non-essential traffic” due to coronavirus concerns. This will likely affect […] 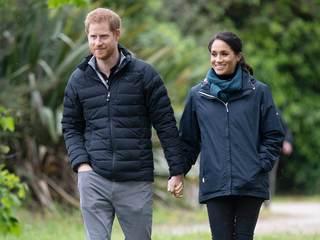 Prince Harry and Meghan Markle attended their last engagement as senior members of the royal family in London on Monday. The Duchess of Sussex wore an emerald green Emilia Wickstead dress and cape with a coordinating hat to the event. The ensemble was reminiscent of one of Princess Diana’s maternity […] 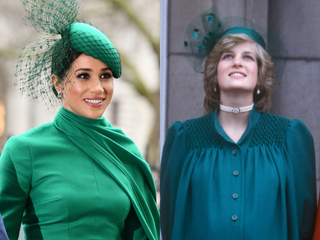 Prince Harry was prank-called by 2 YouTubers pretending to be Greta Thunberg, and they got him to open up about ‘Megxit,’ Trump, and Prince Andrew

Prince Harry spoke about “Megxit” and Donald Trump in a phone call with two Russian YouTubers who pretended to be Greta Thunberg and her father. An audio recording from the call, which appears to have been deleted from the Vovan222prank YouTube channel, was obtained by both The Sun and the […] 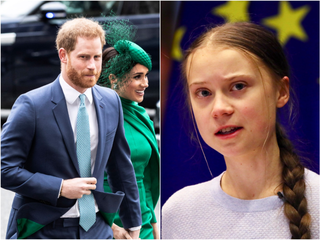