Marie Kondo told The Daily Beast that she doesn't think her products contradict her tidying method, as Alison Roman suggested. 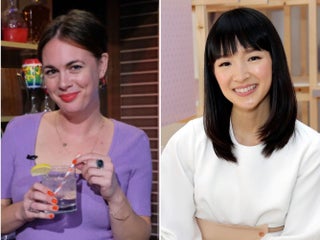 Organisation expert Marie Kondo recently launched an online course to teach people how to declutter during quarantine. Kondo spoke to Business Insider about her career journey and the art of organising your finances. “Facing all of my paper bills in the same direction and keeping my wallet tidy sparked joy!” […] 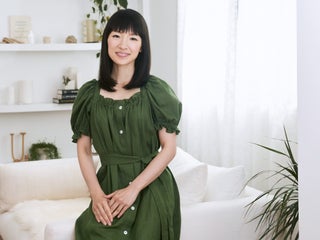 Erin Mursch is a certified master KonMari consultant and the owner of her own professional organising business in Austin, Texas. Since 2015, she’s worked in over 100 homes to help people say goodbye to items that are taking up too much space in their lives using the tidying principles of […] 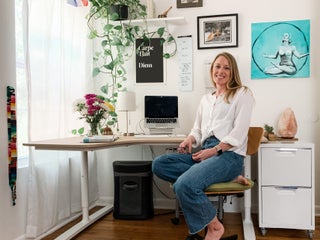 The food writer Alison Roman has written a formal apology to Chrissy Teigen and Marie Kondo for what she described as “flippant” remarks about how they built their brands. In an interview with The New Consumer last week, Roman described how she hoped to grow her brand differently from Kondo, […] 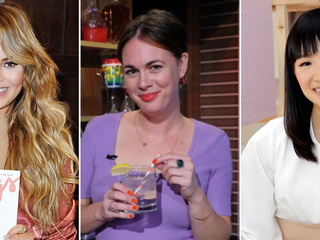 Marie Kondo, author of the best-selling book “The Life Changing Magic of Tidying Up” and star of a spin-off Netflix series, has inspired many people to declutter their homes. She’s since opened a new online store to sell a variety of home goods, including pricey storage containers and fancy kitchenware. […] I tried Swedish death cleaning, the extreme decluttering method that’s the anti-Kondo method, and it made me think about my stuff in a new way

“The Gentle Art of Swedish Death Cleaning: How to Free Yourself and Your Family from a Lifetime of Clutter” – a book written by Swedish-born Margareta Magnusson – shares the Swedish practice of döstädning – or death cleaning – with the world. Swedish death cleaning is, in a way, the […] How to declutter your home, from people who know

Americans are engaged in a frenzy of decluttering, thanks in large part to the Netflix series “Tidying Up with Marie Kondo.” If you’re trying to get organised, you might want to start small and take your time, according to two decluttering experts we spoke with. They said the best decluttering […] Over the last year, I have travelled the world for Business Insider, visiting nearly 20 countries and tons of climates. Since I brought only a carry-on suitcase and a backpack, I had to pack strategically. I found that the best way to pack was to follow famed organiser Marie Kondo’s […] The easiest ways to make money from your old junk

If you’ve been bitten by the Marie Kondo bug and you’re cleaning out your home, you’re also probably looking for a way to sell your stuff. Clothing can be sold in a multitude of ways, from apps like Depop and Poshmark, all the way to traditional consignment stores. Many old […]

Marie Kondo’s Netflix show appears to be actually influencing how Americans shop – and forcing them to tidy up their homes. In January 2019, sales of file storage supplies, shredders, and specialty labels all grew following the debut of the Netflix series “Tidying Up with Marie Kondo,” according to data […] I cannot escape Marie Kondo, Ted Bundy, and the Fyre Festival, and it’s all Netflix’s fault

Netflix has hit its stride in propelling its original shows and movies into conversation on the internet and social media. “Bird Box,” “You,” Marie Kondo, the Fyre Festival, and even the serial killer Ted Bundy have seen a huge boost from this new Netflix Effect. At over 139 million paying […] On the Netflix original series “Tidying Up,” Marie Iida is Marie Kondo’s interpreter. Iida said an important part of her job on the unscripted series involved blending in and translating Kondo’s tone and facial expressions. She noted that she thinks the tidying process usually takes much longer to complete than […]

After reading Marie Kondo’s ‘Tidying Up,’ a mum accidentally donated her son’s mug to Goodwill — and it was filled with $6,500 in cash

Lindsay Preiss accidentally donated a mug with $US6,500 in cash inside to Goodwill after attempting to tidy up her Atlanta home. Her 27-year-old son sold his car and stashed the money in the mug to keep it hidden for a few days. The family is now asking for the public’s […]

Many of us have started the year determined to be more organised: no more drawers full of plastic containers with missing lids, or lone socks. The decluttering craze is led by Japanese tidying aficionado Marie Kondo, author of a New York Times bestseller and Netflix show Tidying Up. Charity groups […]

Marie Kondo’s Netflix special ‘Tidying Up’ has gone viral after seemingly changing people’s lives, but experts stress a clean space isn’t for everyone

Ever since Marie Kondo‘s “The Life-Changing Magic of Tidying Up” topped the New York Times Best Seller list in 2014, her cleaning method has gone viral and inspired others to organise their homes. Kondo’s method sets itself apart from other cleaning styles in that it focuses on organising by item […]

Australians across the country are in a decluttering frenzy and businesses are feeling the effects of the search for minimalism in 2019. New year’s resolutions and enthusiasm around the Netflix documentary featuring organising queen Marie Kondo have combined to make this week a busy one those in the organisation and […]

Netflix recently released “Tidying Up with Marie Kondo,” a show where organising expert Marie Kondo helps individuals organise and tidy up their homes. Questioning whether your items “spark joy” is one of Kondo’s biggest tidying up hacks. Feelings of gratitude toward your home, your family, and even your possessions can […] People are so obsessed with this household de-cluttering method, they’re using it to transform their offices, too

"Even in the workspace, at your job, your things should still spark joy." Marie Kondo is a Japanese...