Sanctioned Russian billionaire Roman Abramovich tried to offload his vast assets amid clampdowns on the country’s oligarchs. Take a look at his luxury empire, including the 3rd-largest yacht in the world.

Abramovich is selling Chelsea FC for a reported $4 billion. He said the sale's net proceeds will go to those who are affected by the war in Ukraine. 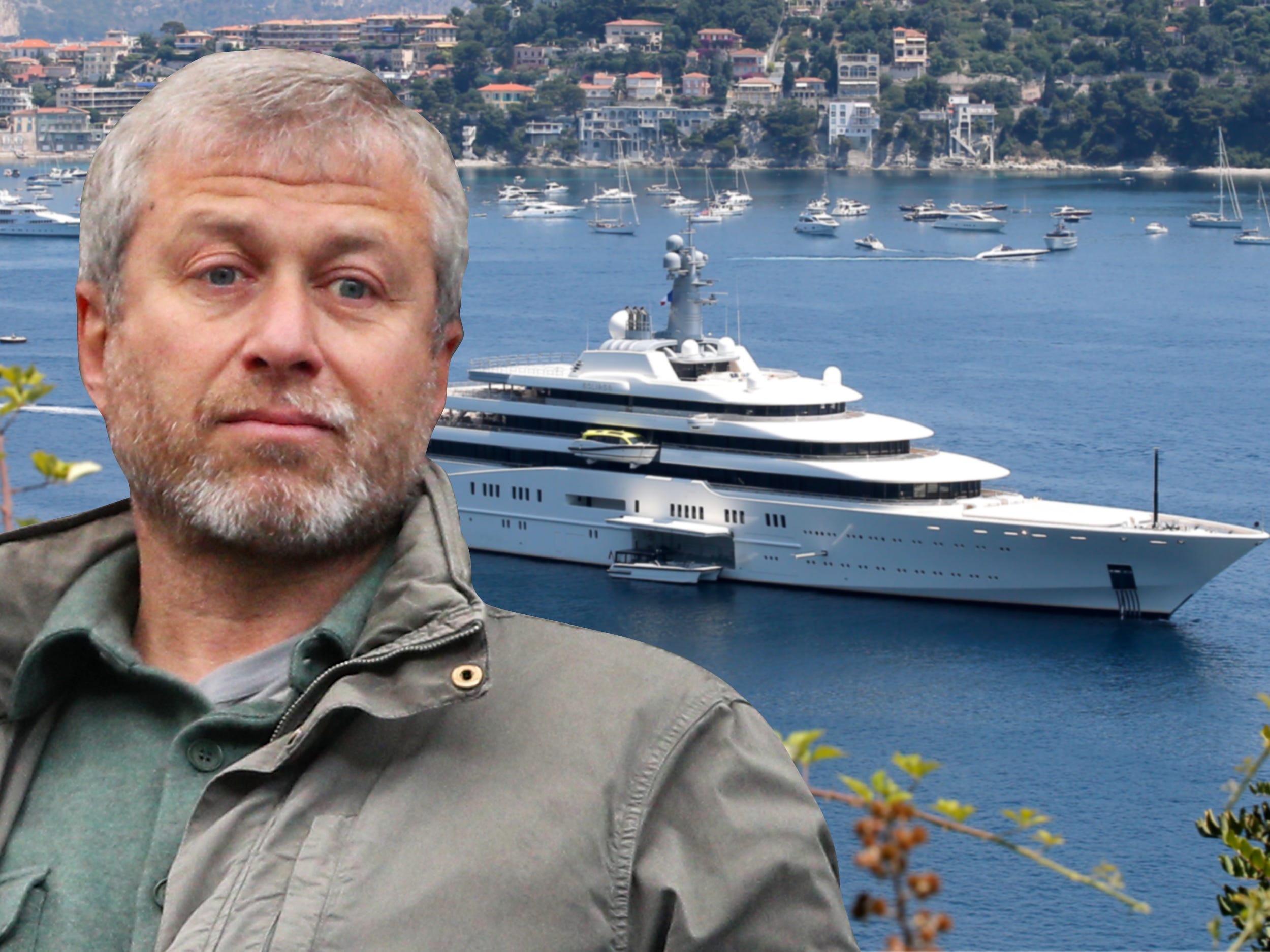 The activists say they're squatting in the house said to belong to Oleg Deripaska so Ukrainian refugees can be housed there. The 22-acre mansion, The Sanctuary at Loon Point, is on the market for $160 million, boasting two estates and room for three more. Take a look inside. 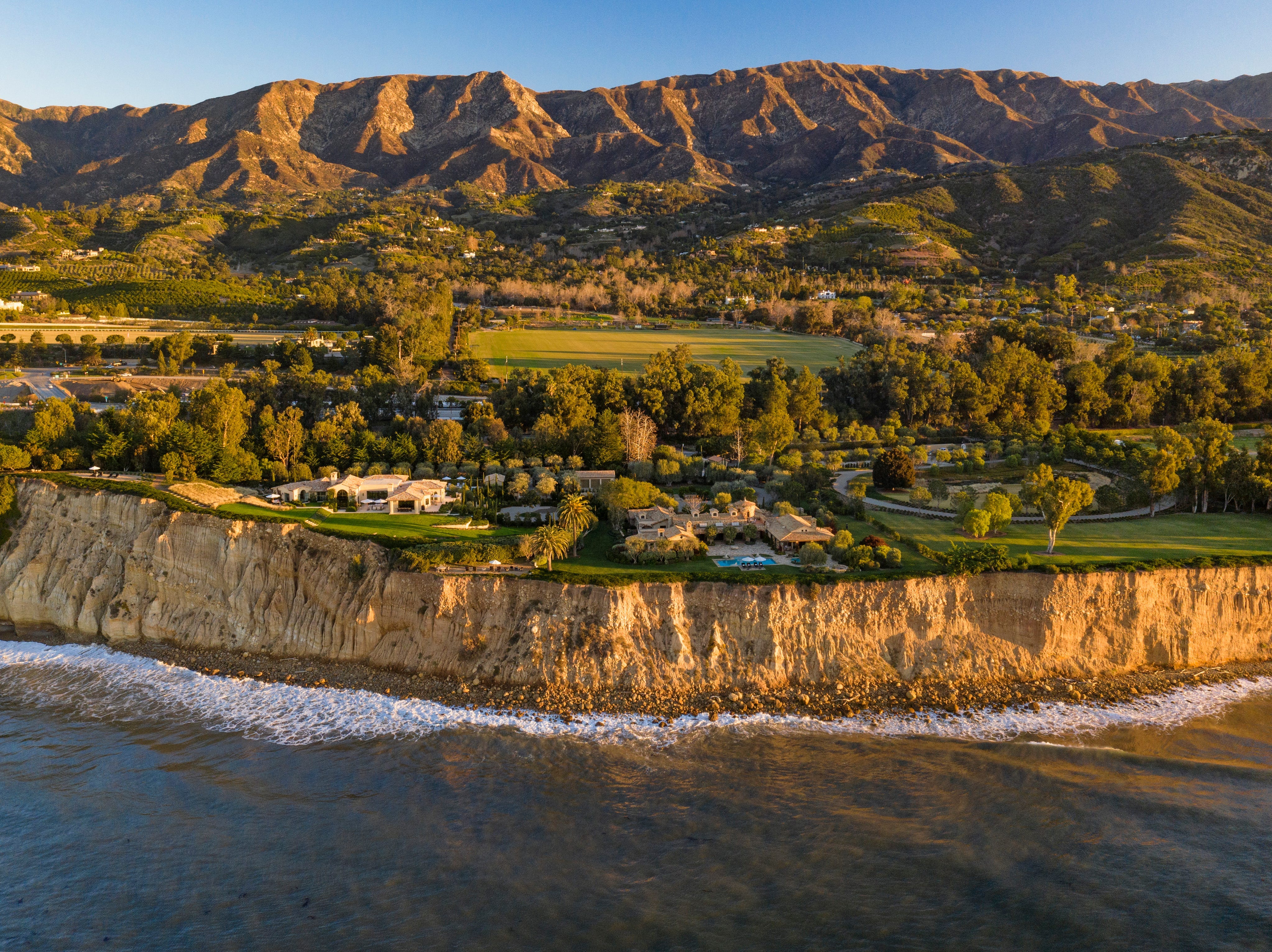 Twin mansions that are connected by a 53-foot underground tunnel and have a quirky throne room are on sale for $3.1 million

The future homeowner of these twin-style Victorian mansions can avoid the outside when going between homes by traveling through an underground tunnel. 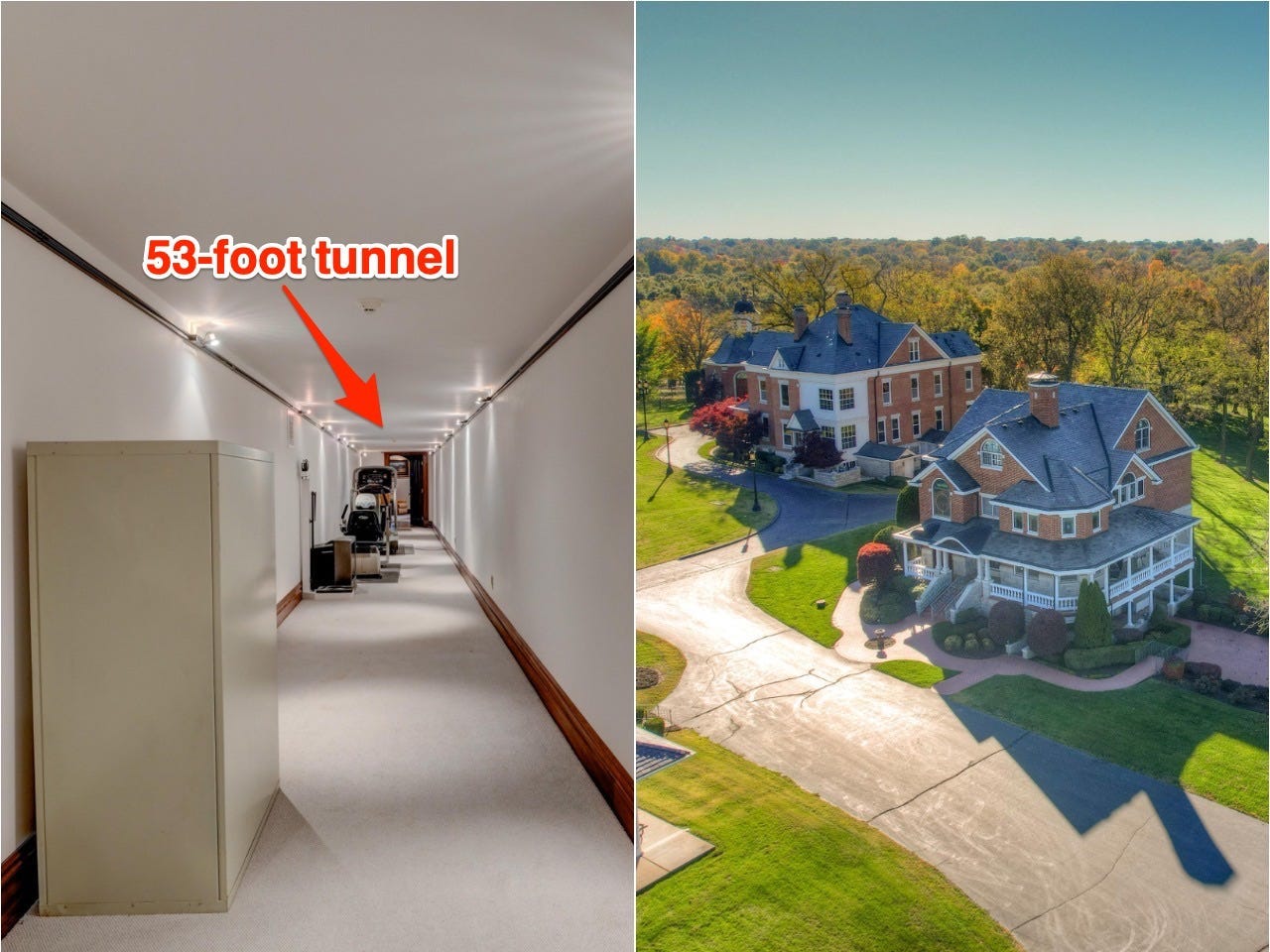 A mega-mansion in Bel Air known as "The One" is under receivership after the developer defaulted on more than $100 million worth of loans.

I walked down Singapore’s most exclusive street and found it was a strange mix of mansions, embassies, and empty estates

Nassim Road has some of the most coveted real estate in Singapore, yet some of the mansions sit empty and in disrepair. 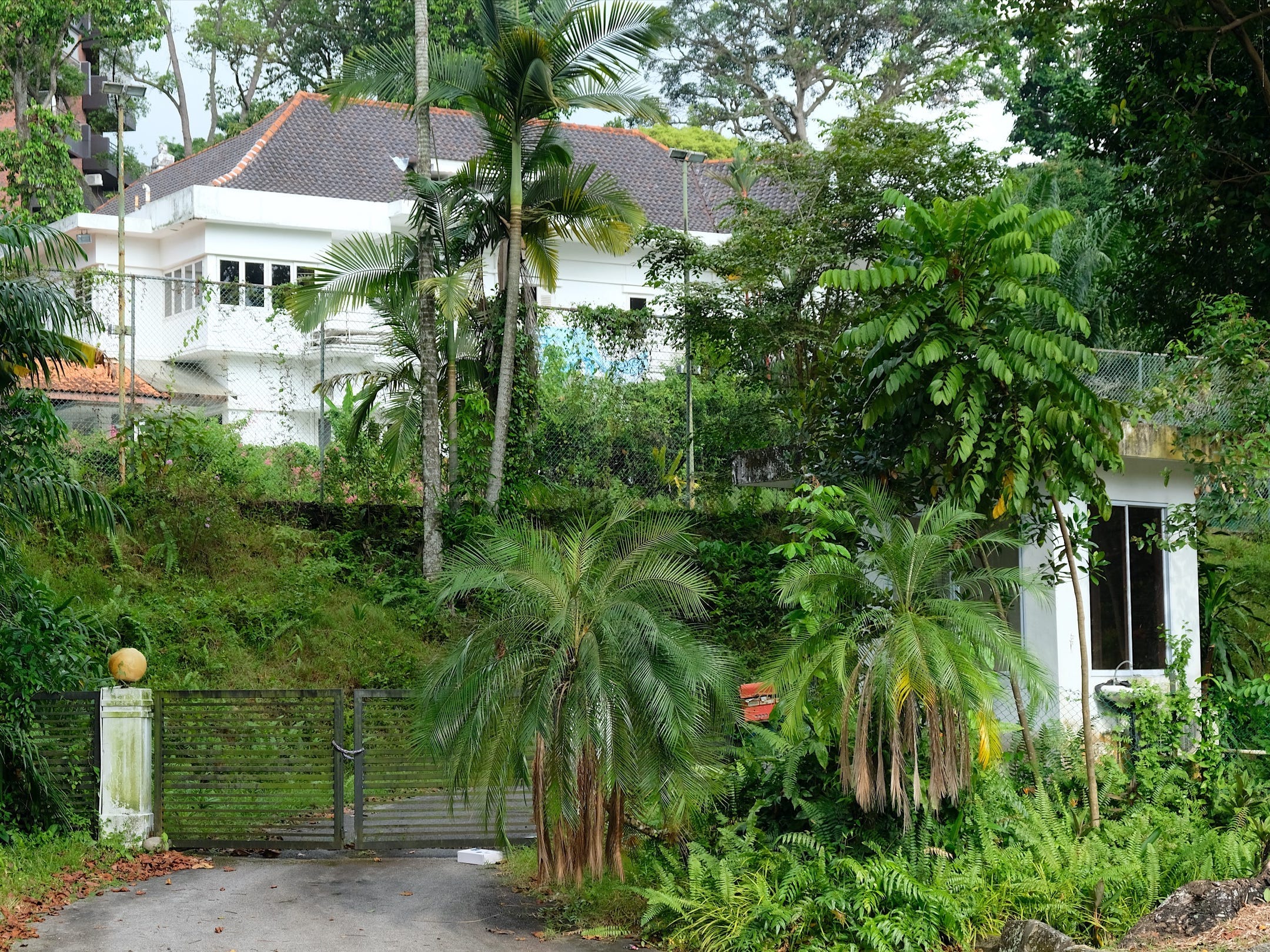 A Chinese gaming billionaire just paid $500,000 over asking for a historic Los Angeles mansion. Take a look at the $25 million property.

Chinese billionaire Tianqiao Chen paid $500,000 over asking for the mansion, which housed University of Southern California presidents for 40 years.

Billionaire casino mogul Steve Wynn just listed his Beverly Hills estate for $110 million — more than double what he paid for it 6 years ago. Look inside.

Billionaire casino mogul Steve Wynn just put his Beverly Hills estate on the market for $US110 million. That’s more than double the $US47.85 million he paid for the property in 2015. Wynn resigned as CEO and chairman of Wynn Resorts in 2018 after he was accused of sexual misconduct. He […] 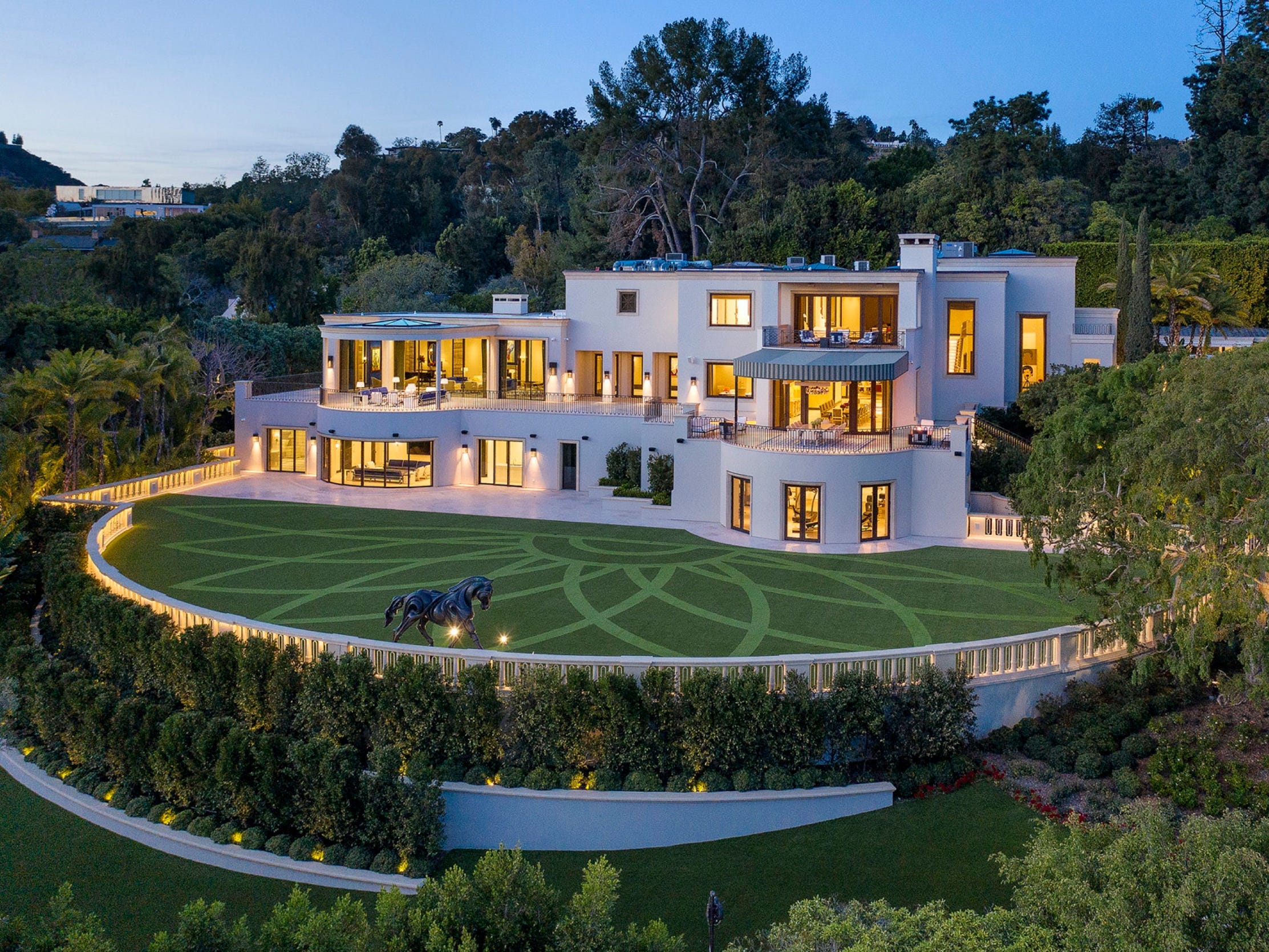 A Palm Beach mansion on a plot of land that Trump once owned is about to sell for $140 million, and it could shatter the area’s real-estate record

A Palm Beach mansion sitting on land once owned by President Trump is in contract to sell for $US140 million, WSJ reported. If the deal closes, it would shatter the area’s $US111 million real-estate record. The beachside mansion is a 10-minute drive from Trump’s Mar-a-Lago Club and has 9 bedrooms. […] 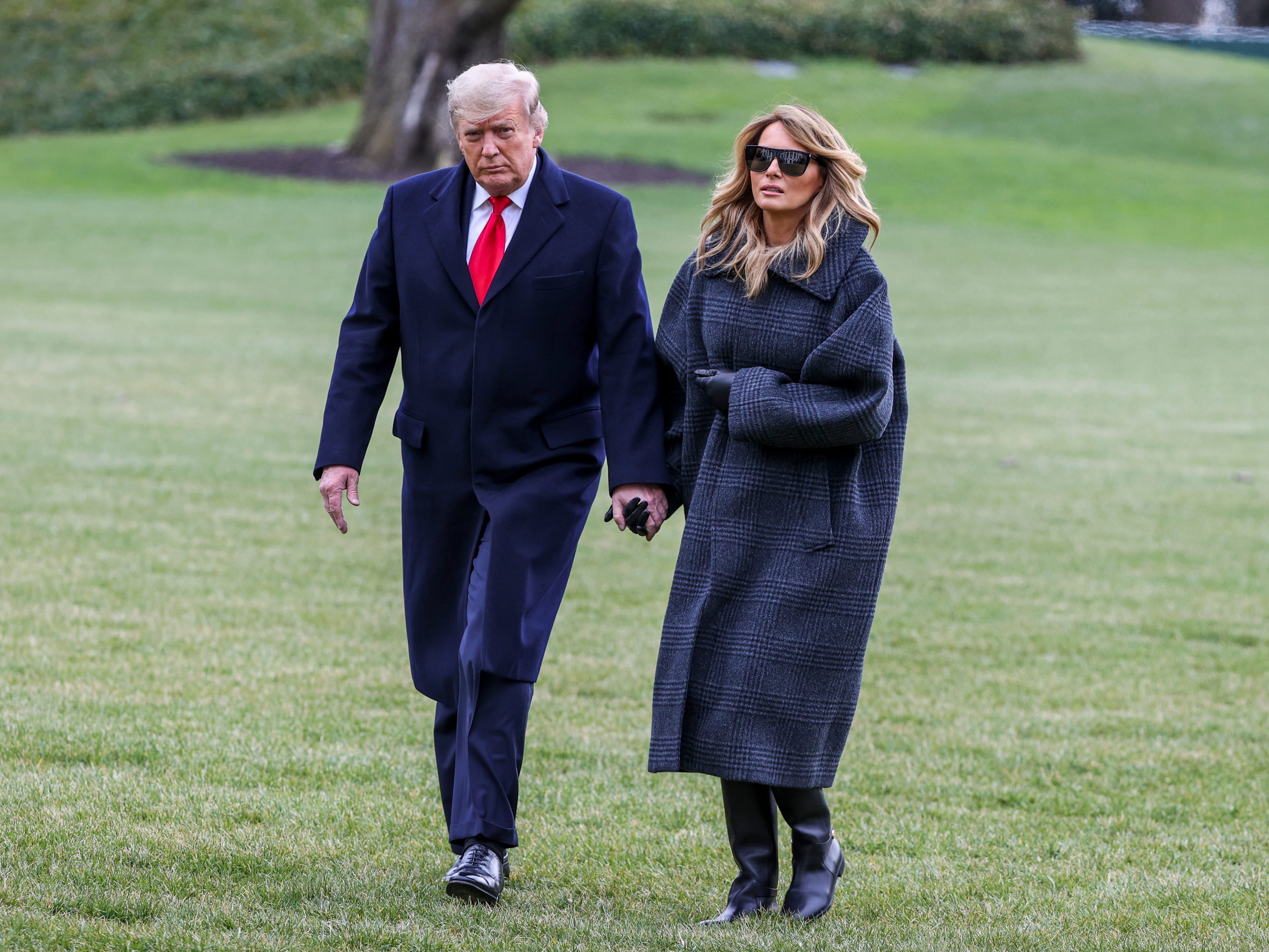 A London mansion designed to look like 2 glowing glass cubes is asking $64 million. Look inside the modernist home that has 3 underground levels and a car stacker.

A glass-walled London mansion has hit the market for £50 million, or about $US64 million, Beckie Strum reports for Mansion Global. The home also being offered as two separate adjoining homes for £25 million – or about $US32 million – each. The 13,583-square-foot mansion includes two rooftop terraces, a four-vehicle […] 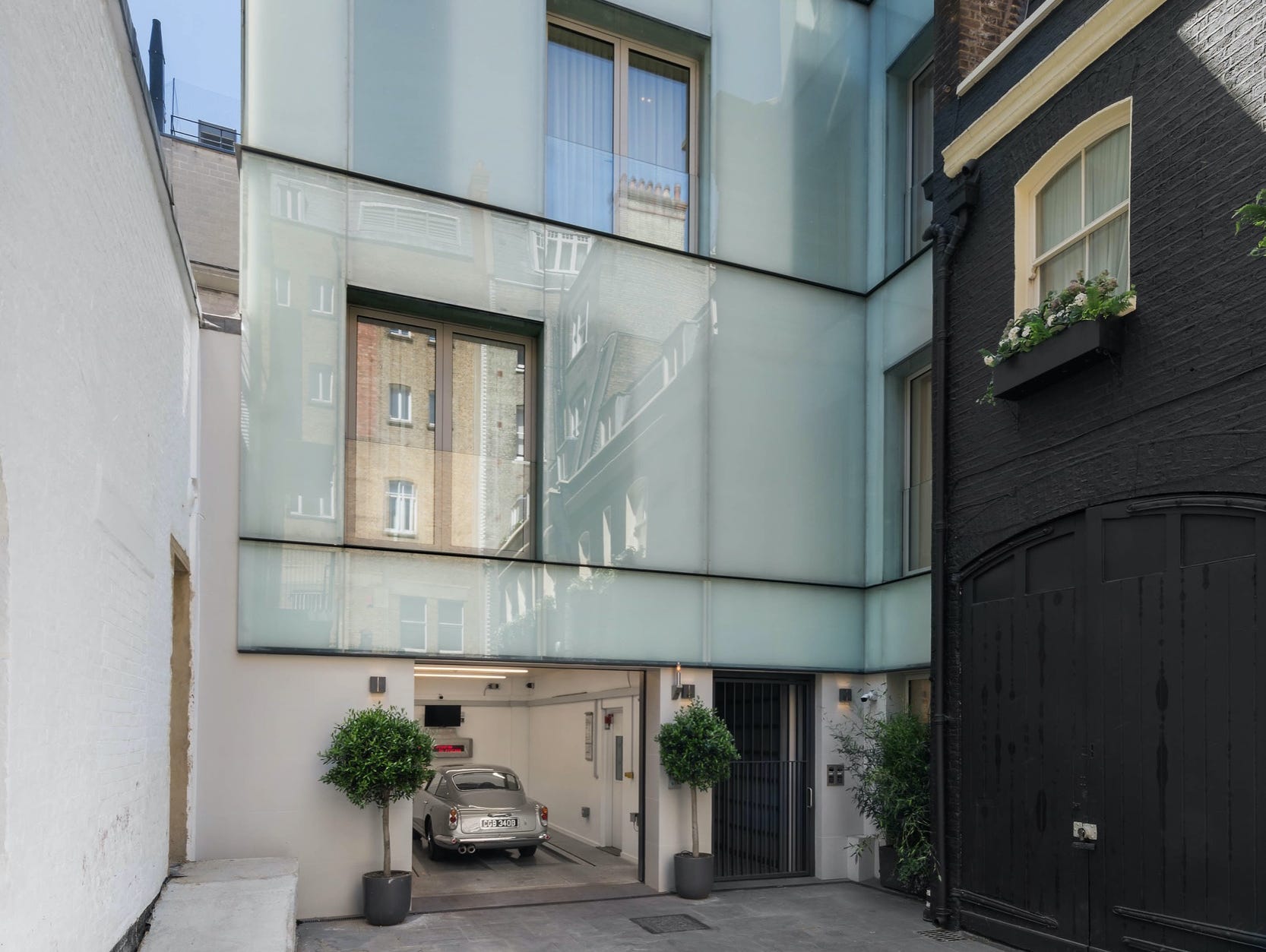 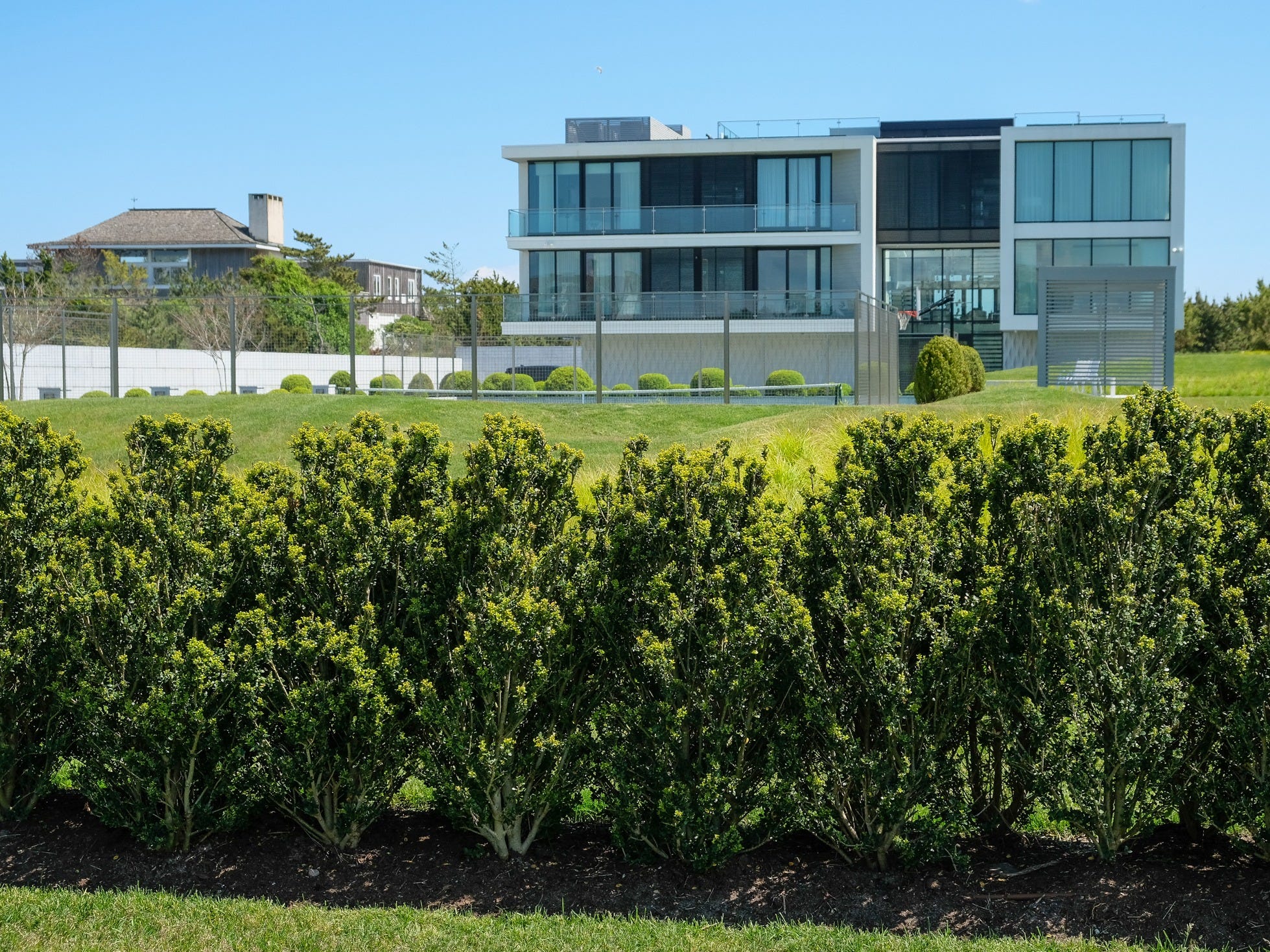 A massive estate that straddles the border of New York and Connecticut just hit the market for $49.5 million. Look inside the 120-year-old property that includes an Olympic-sized pool.

A historic 260-acre estate that sits in both Connecticut and New York is for sale for $US49.5 million, Katherine Clarke reported for The Wall Street Journal. The Hillandale Estate includes a 17,000-square-foot mansion, an Olympic-sized indoor swimming pool, four guest homes, horse barns, and private lakes. It was built in […] 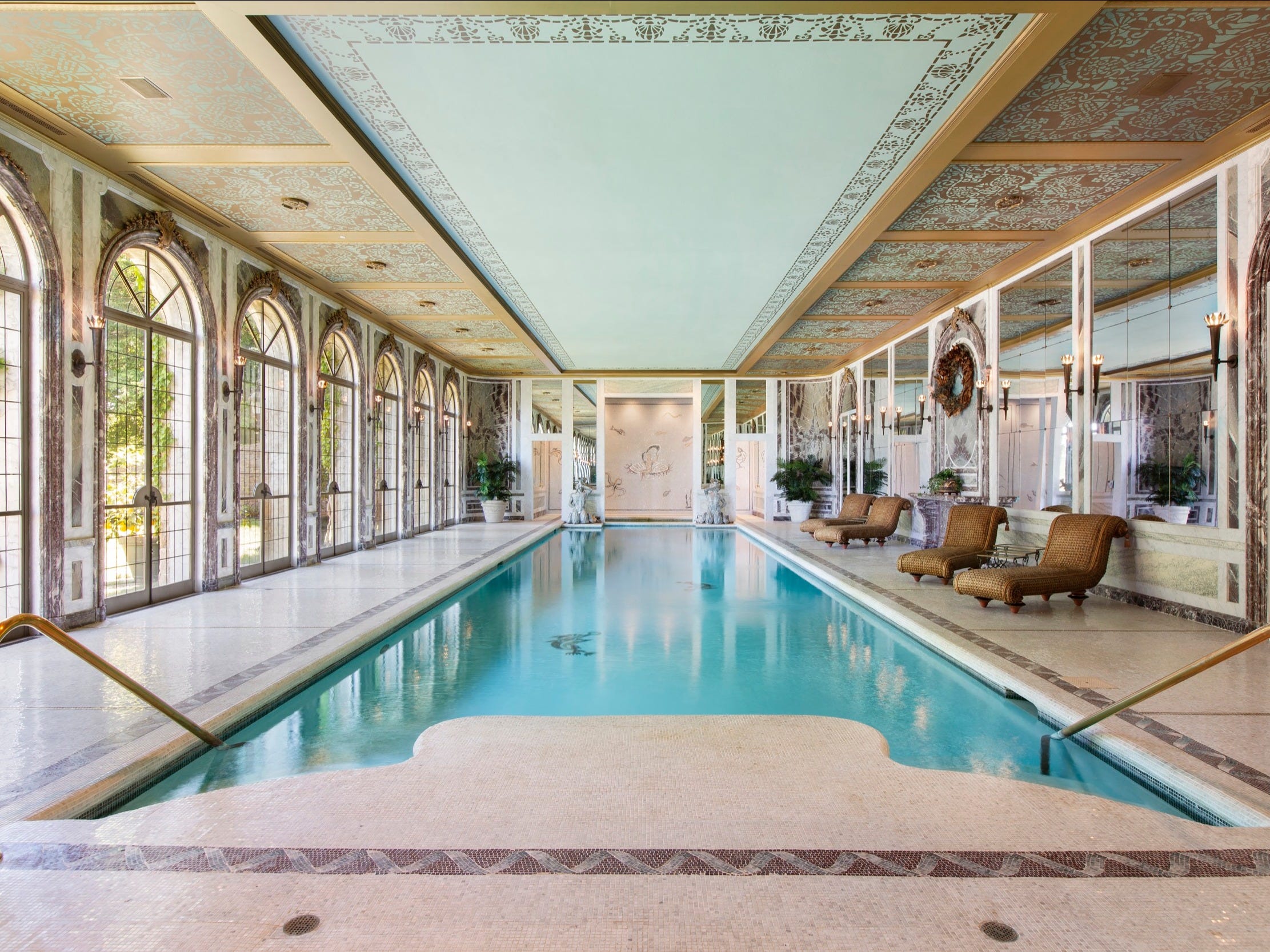 The most expensive house in Malibu is a $115 million mansion with an 18-foot crystal chandelier and its own beach. Here’s a look inside.

A $US115 million mansion has hit the market in Malibu, Katherine Clarke reported for The Wall Street Journal. It’s the most expensive home currently listed in the tony Los Angeles county beach town, Sotheby’s International Realty confirmed to Business Insider. The 12-bedroom home comes with floor-to-ceiling glass walls, a private […]
Lifestyle Jan. 22, 2020, 5:48 AM

A Hong Kong property tycoon is in contract to buy a $262 million mansion in London. The deal stands to shatter the UK’s real-estate record.

A Hong Kong real-estate developer is in contract to buy a London mansion for about $US262 million, the brokerage firm for the sale confirmed to Business Insider. If it closes at that price, it will be the most expensive residential sale in the UK ever. The seller of the home […]
Tech Dec. 6, 2019, 11:07 PM

Elon Musk has spent $100 million on 7 lavish houses, including one with a ballroom and flower-arranging room

Tesla and SpaceX CEO Elon Musk has spent roughly $US100 million on buying up California mansions over the past seven years, according to The Wall Street Journal. One of the properties found by the newspaper is a 100-year-old mansion complete with ballroom and flower-arranging room. Another is a ranch house […]
Lifestyle Nov. 16, 2019, 7:36 AM

Jeff Bezos reportedly dropped $165 million on a mansion that broke the LA real-estate record. Here are the 17 most expensive homes sold in the US over the past decade.

Business Insider teamed up with Jonathan Miller, the president and CEO of the real estate and consulting firm Miller Samuel Inc., to gather a list of the 17 most expensive home sales the US has seen since December of 2009. According to a report from The Wall Street Journal, the […] 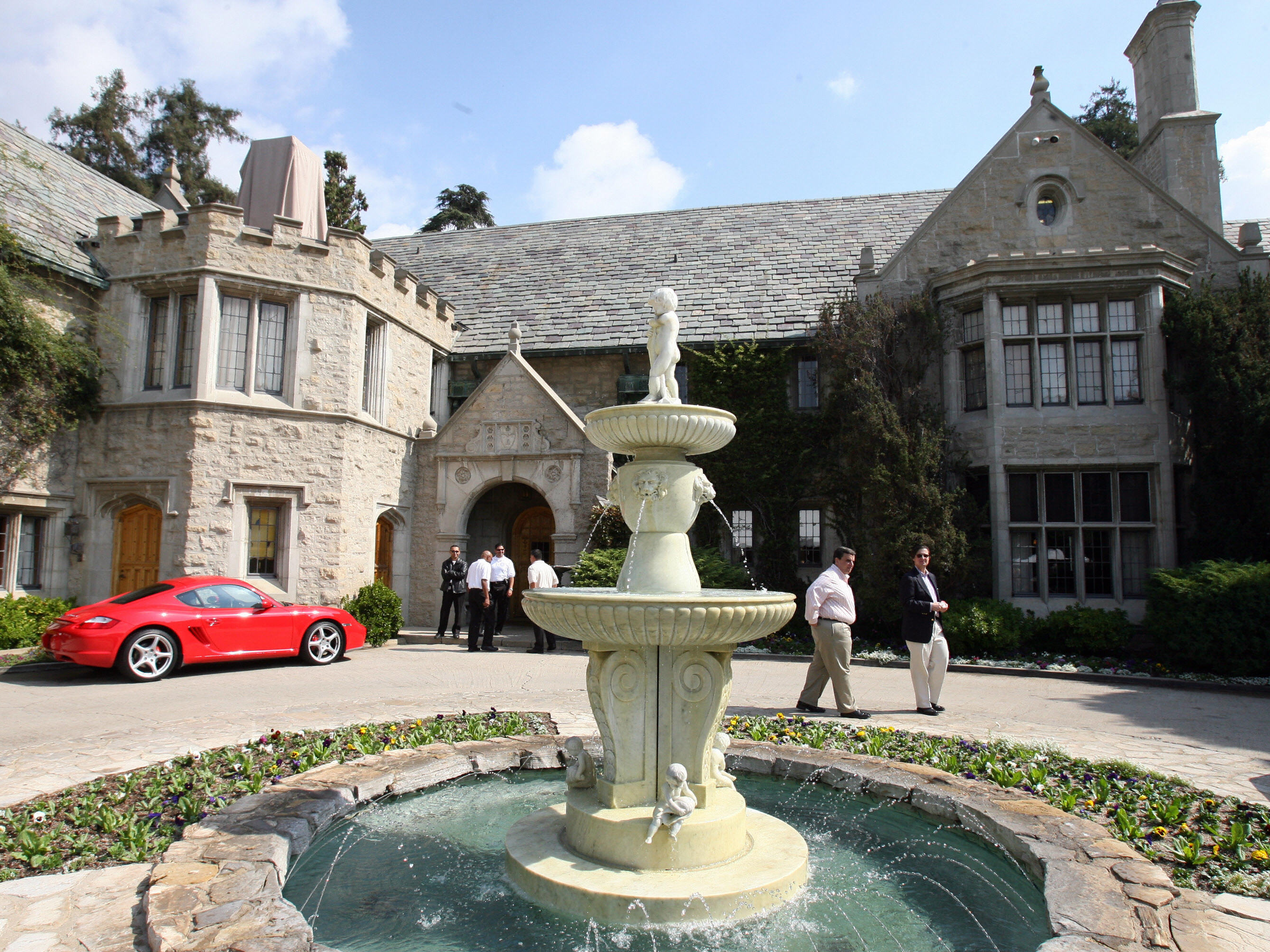 Jeff Bezos is reportedly ‘mansion-shopping’ in Los Angeles — and he may have scoped out the most expensive house for sale in America. Here’s a closer look at the $225 million ‘Casa Encantada.’

A 40,000-square-foot Bel-Air estate, known as Casa Encantada, hit the market in October with an asking price of $US225 million, making it the most expensive property currently listed for sale in America, according to The Los Angeles Times. The estate traces its roots back to the 1930s and was once […]
Lifestyle Oct. 23, 2019, 2:32 AM

The founder of Reebok just sold his Massachusetts mansion for 25% of its original asking price after 4 years on the market. Look inside the $23 million estate.

Reebok founder Paul Fireman just sold his Boston mansion for $US23 million – roughly a quarter of its original asking price, Douglas Elliman confirmed to Business Insider. Fireman first put the home on the market for $US90 million in 2016, The Los Angeles Times reported. The eight-bedroom home, which sits […] 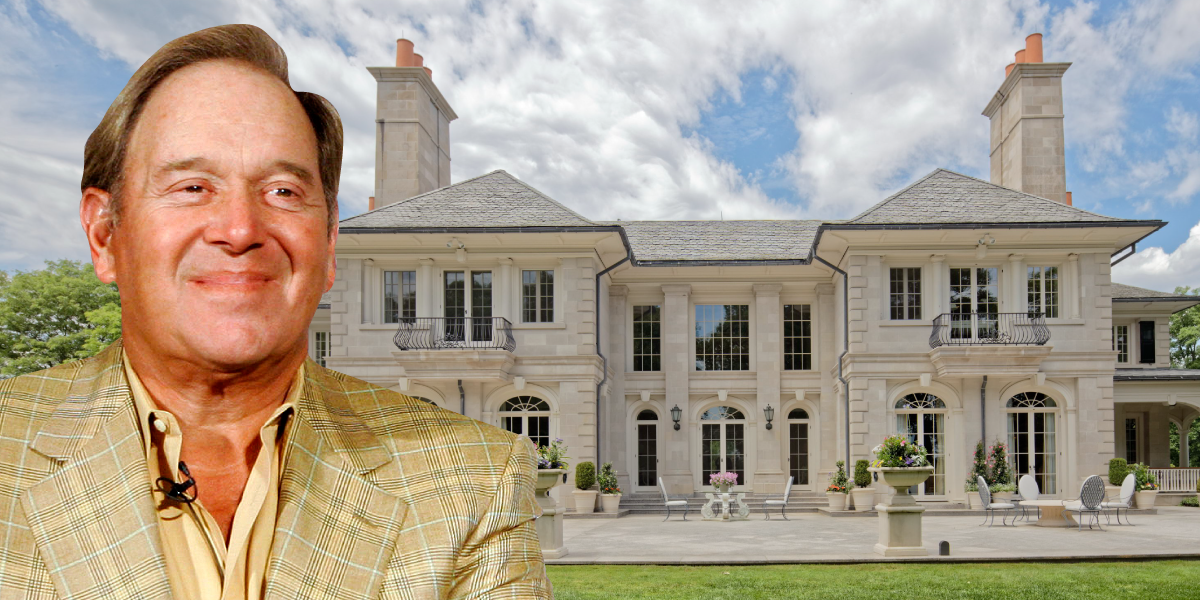 Jennifer Lawrence married art dealer Cooke Maroney at the historical Belcourt Mansion on Saturday. Belcourt Mansion is a Gilded-Age mansion in Newport, Rhode Island that was modelled after 17th-century French King Louis XIII’s hunting lodge at Versailles. It is now owned by bangle mogul Carolyn Rafaelian, who purchased the property […]
Next Page »