Jordan and Jennifer Turpin said they learned from the TV show "Cops" that they could call 911 for help and that they should take photos for proof. 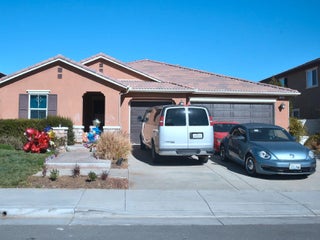 David and Louise Turpin were sentenced on Friday to 25 years to life in prison for torturing and abusing 12 of their 13 children, who ranged in age from 2 to 29. The Southern California couple pleaded guilty in February to 14 felony charges related to torture and other instances […]

The lawyer for the adult children rescued from the California ‘House of Horrors’ opens up about how they’re doing a year later, and says they even miss their parents sometimes

The lawyer for the adult Turpin siblings is speaking publicly, a year after their parents, David and Louise Turpin, were arrested on the charge of abusing their kids and keeping them imprisoned at their California home. Attorney Jack Osborn said the adult siblings are now living together and are learning […]

The 13 children held captive by their parents in California were reportedly allowed only one meal a day, and two showers a year

More disturbing details are emerging about David and Louise Turpin, the California couple arrested on Sunday for torture and child endangerment. The Turpins reportedly only fed their 13 children once a day and allowed them to shower twice a year. Police found the children chained to furniture and severely malnourished. […] Police in California arrested David and Louise Turpin after their 17-year-old daughter called 911. The couple’s 13 children were being held captive in their home, police said. Some of the children were malnourished and bound to their beds by chains. Police on Sunday arrested a couple at their home in […]

• Perris, California couple David and Louise Turpin were charged with torture and child endangerment after it was revealed they were holding their 13 children captive. • The couple’s 17-year-old daughter escaped Sunday and called 911. Upon arriving, police found some members of the family malnourished and shackled to beds. […]