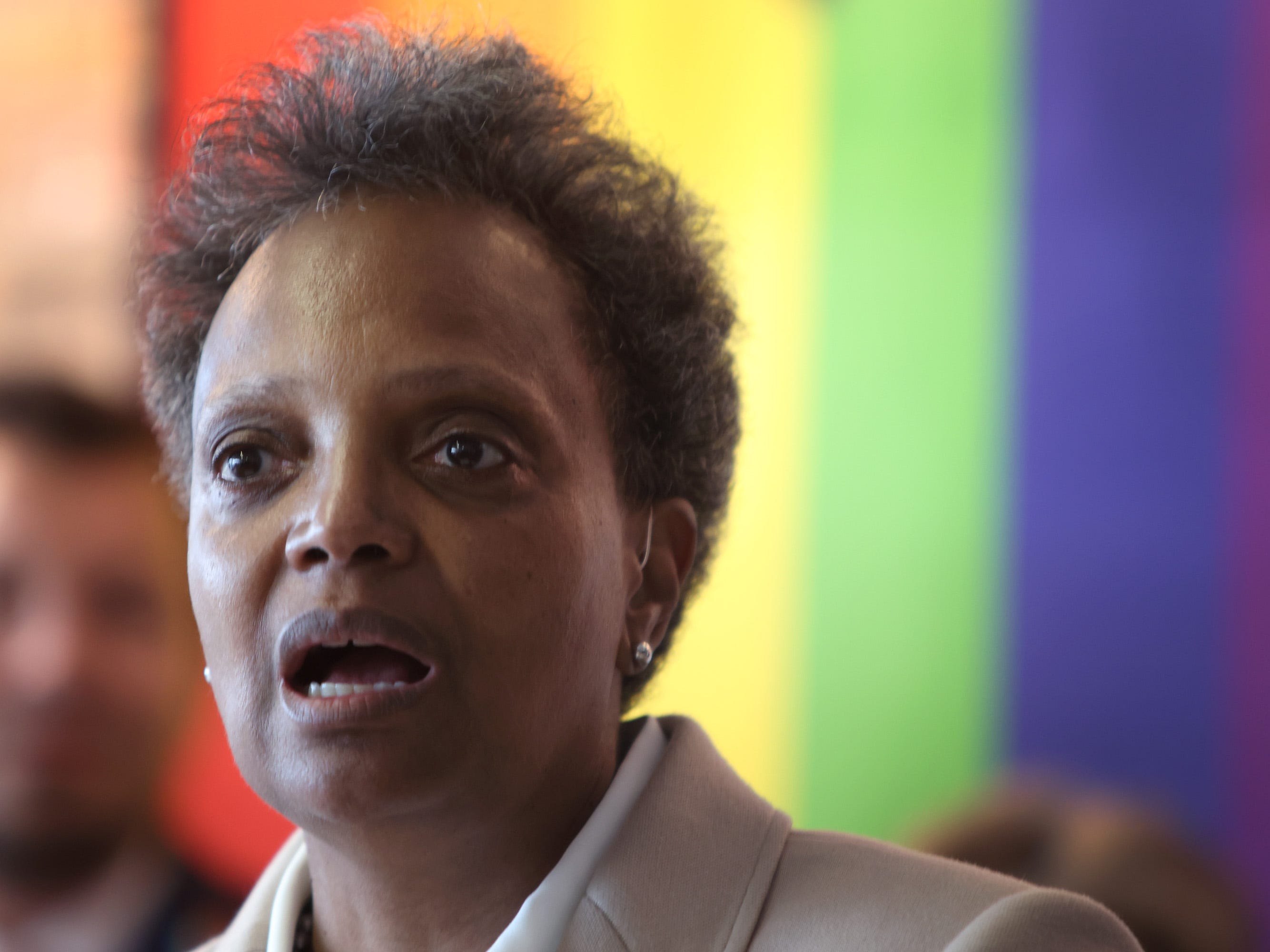 The Chicago mayor faced backlash after announcing she would only be interviewed by minority reporters for the two-year anniversary of her inauguration. 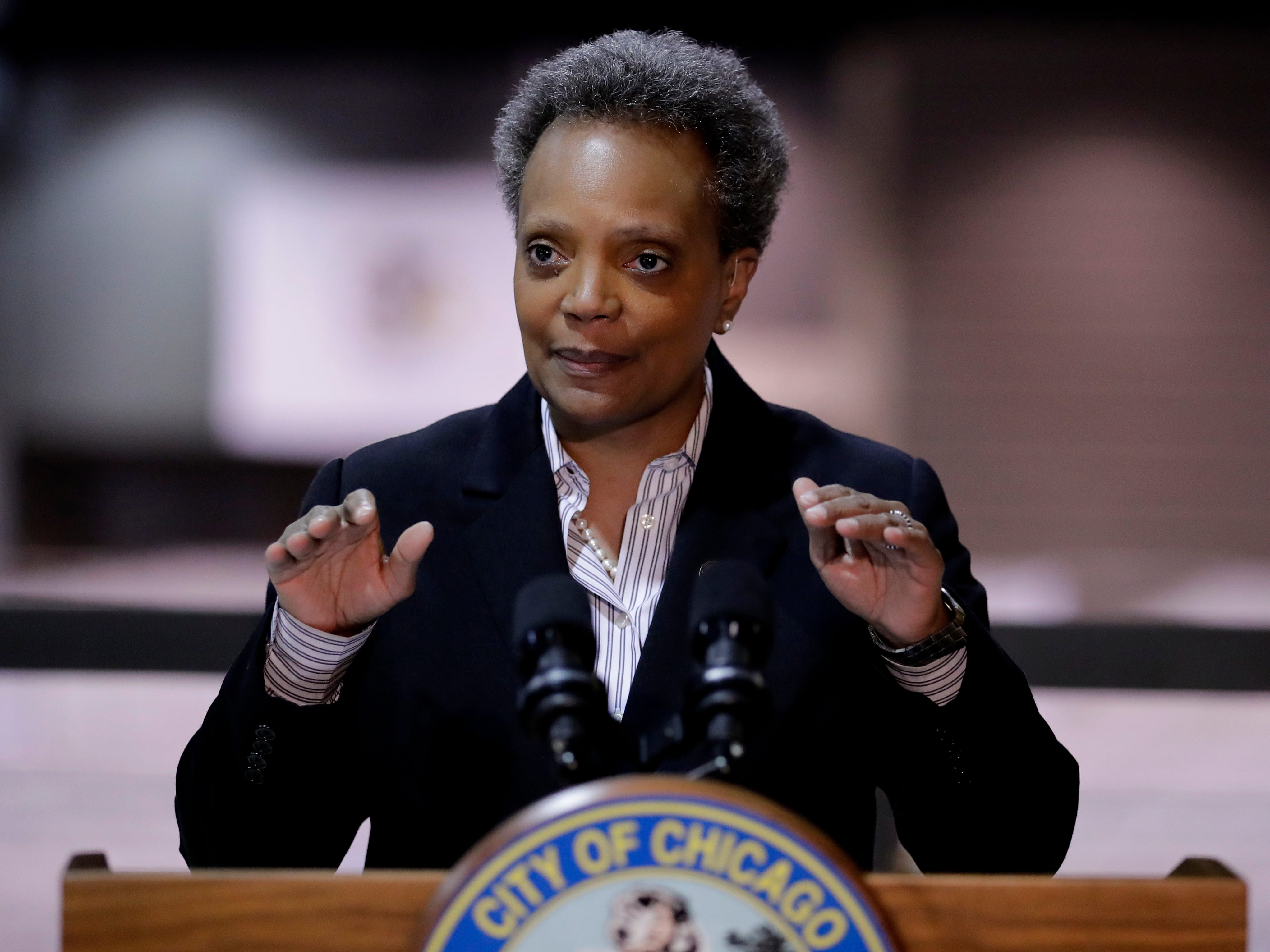 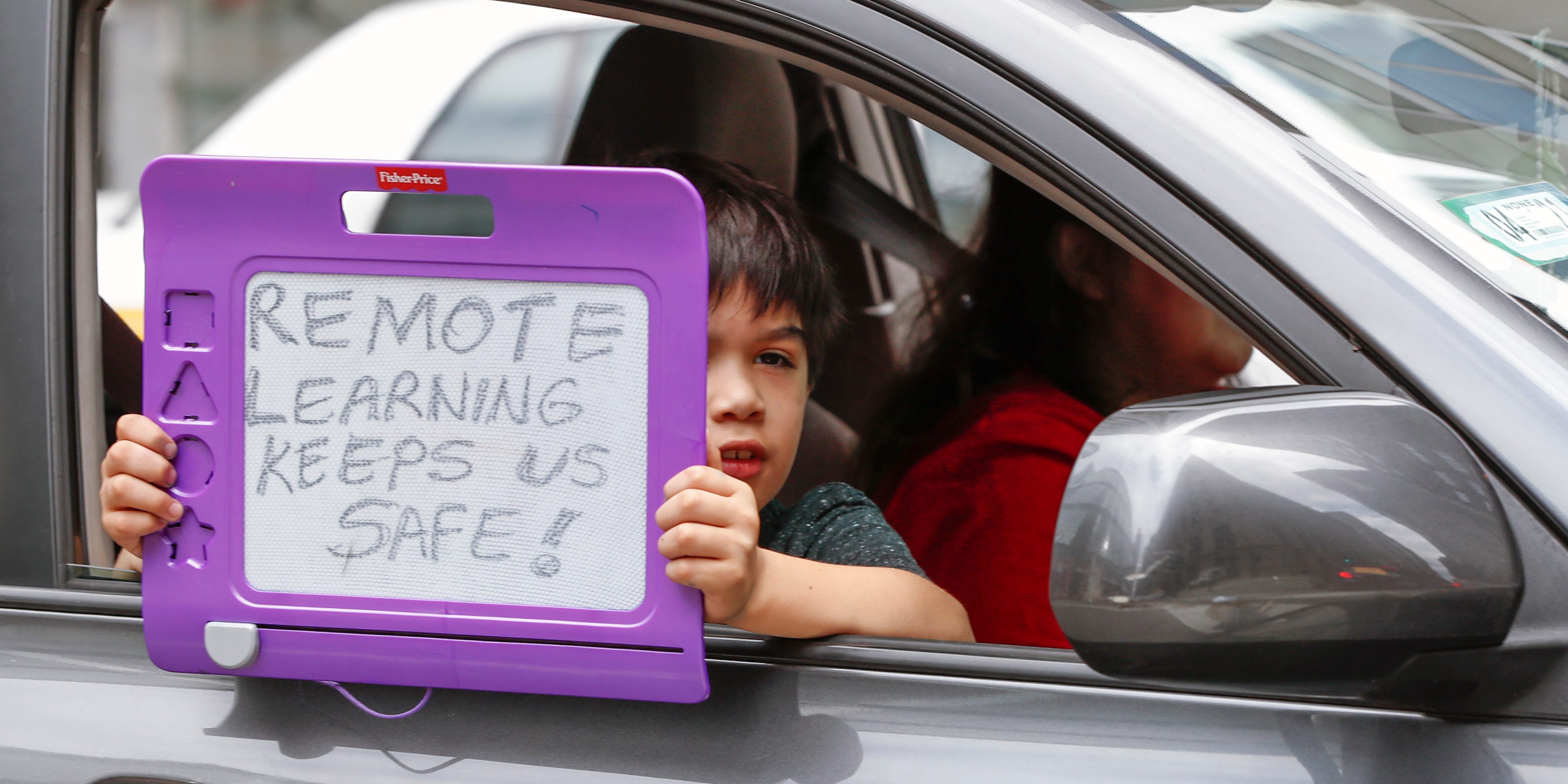 Chicago Mayor Lori Lightfoot on Sunday defended her decision to collaborate with federal law enforcement agencies to address a spike in violent crime in Chicago. Shootings in Chicago have increased 75% year-over-year and murders are 78% higher in 2020 than they were in 2019, according to police statistics reported by […] 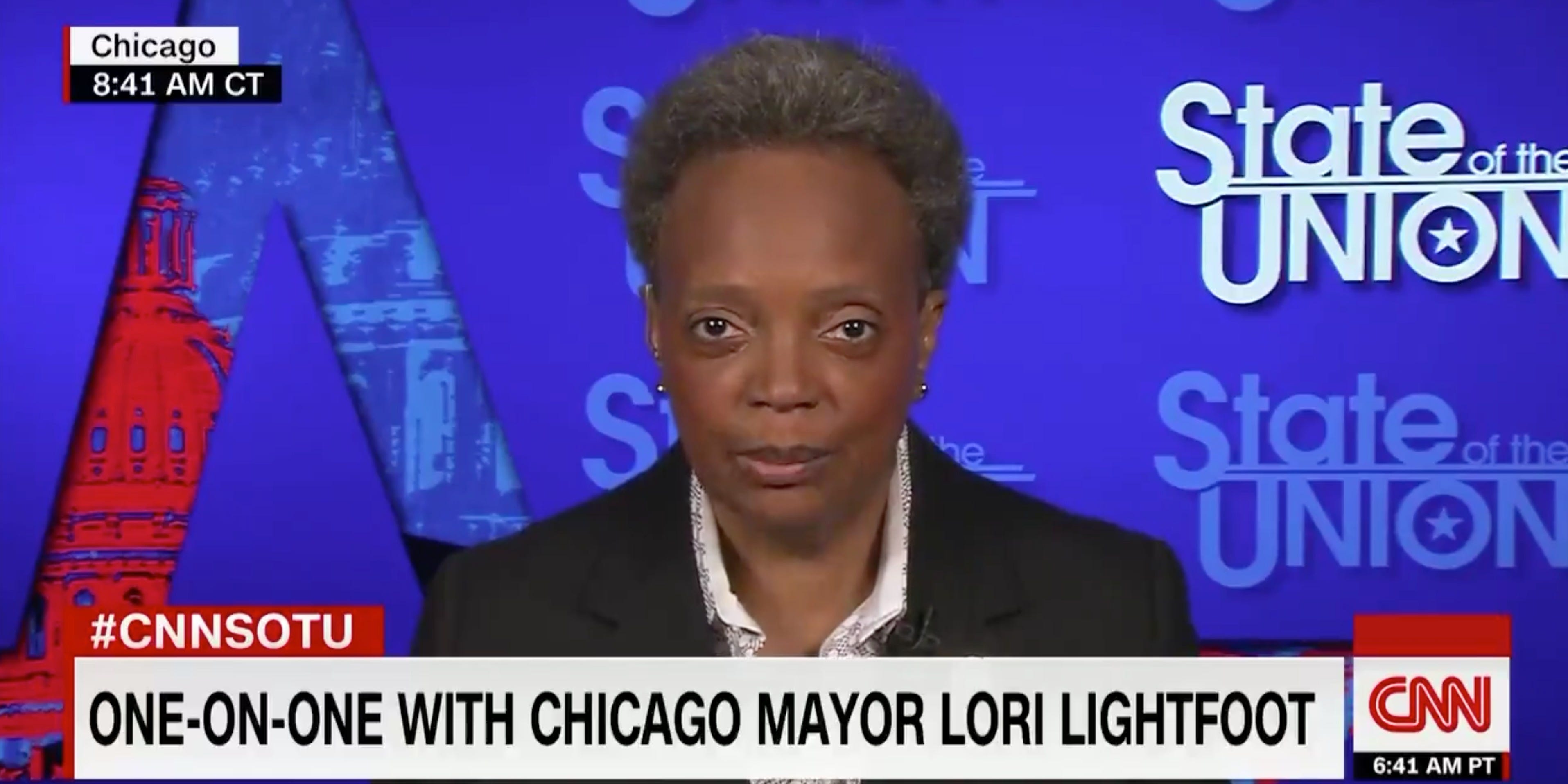 Mayors in major cities are pushing back on the federal government’s efforts to send in federal troops. Federal troops were deployed in Portland, and reports last week said that agents in unmarked cars were seizing protesters. President Donald Trump has defended their actions and called the unrest “worse than Afghanistan,” […] 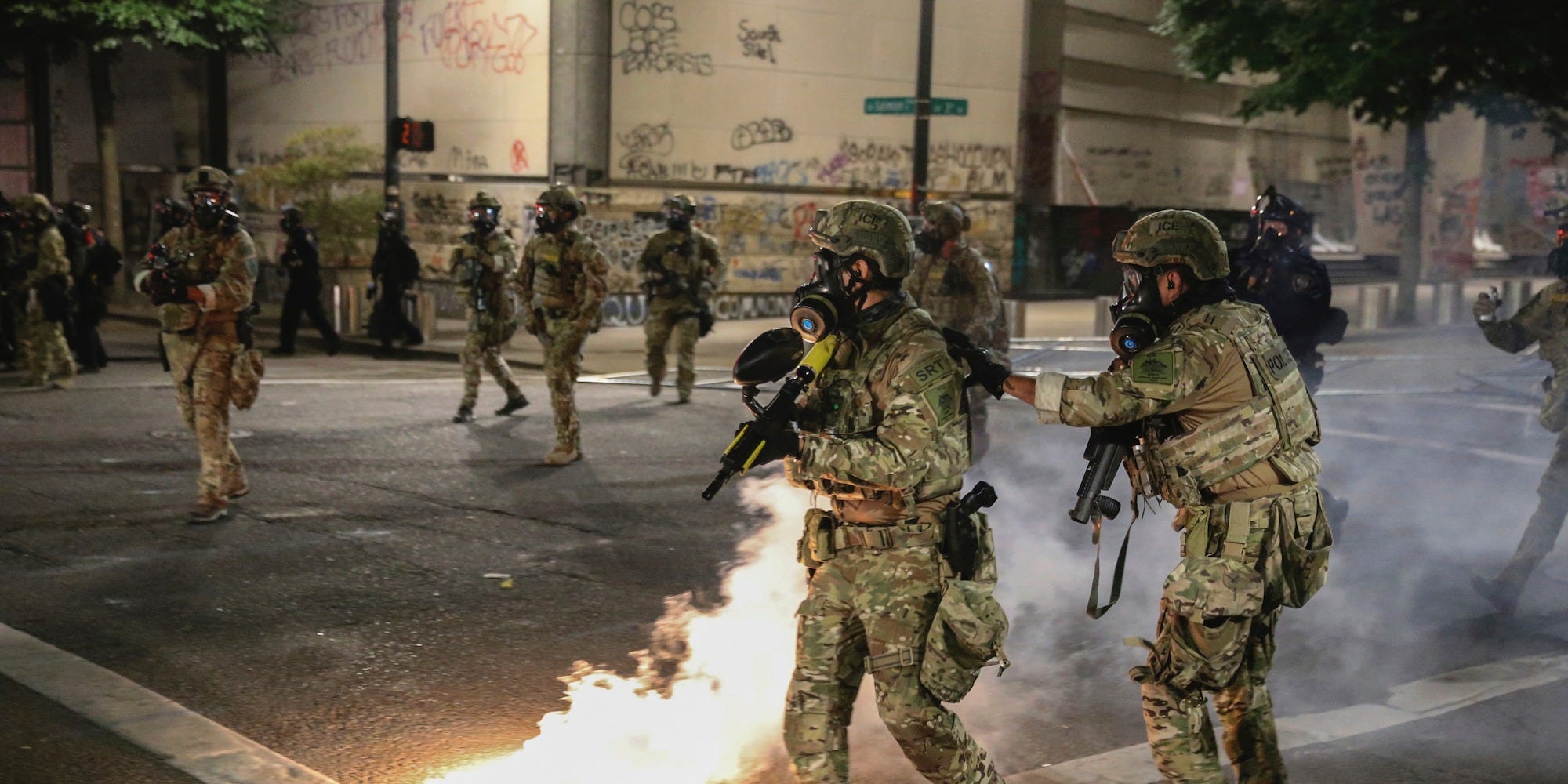 The White House press secretary, Kayleigh McEnany, criticised Chicago Mayor Lori Lightfoot on Thursday, described her as “derelict” when it comes to dealing with crime. “The derelict mayor of Chicago should step up and ask for help, because she’s doing a very poor job of securing her streets,” McEnany said. […] 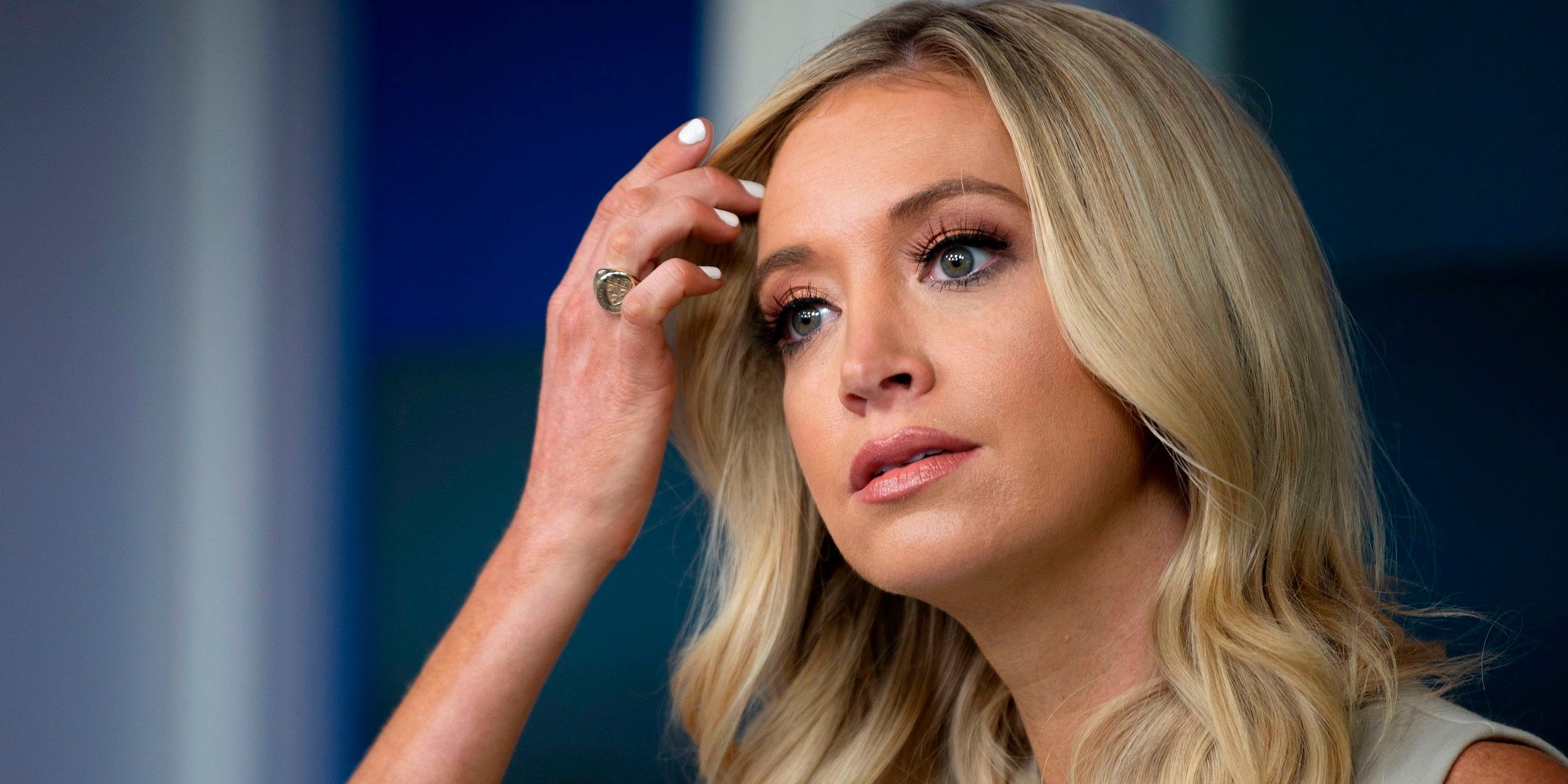 At least 67 people were shot in Chicago over the holiday weekend, killing 13 people, including 2 children

At least 67 people were shot in the Chicago area over Independence Day weekend, according to the Chicago Sun-Times. Two children were unintended victims of the deadly incidents that occurred when perpetrators fired into or in the direction of large crowds, the newspaper reported. Mayor Lori Lightfoot, a first-term mayor […] 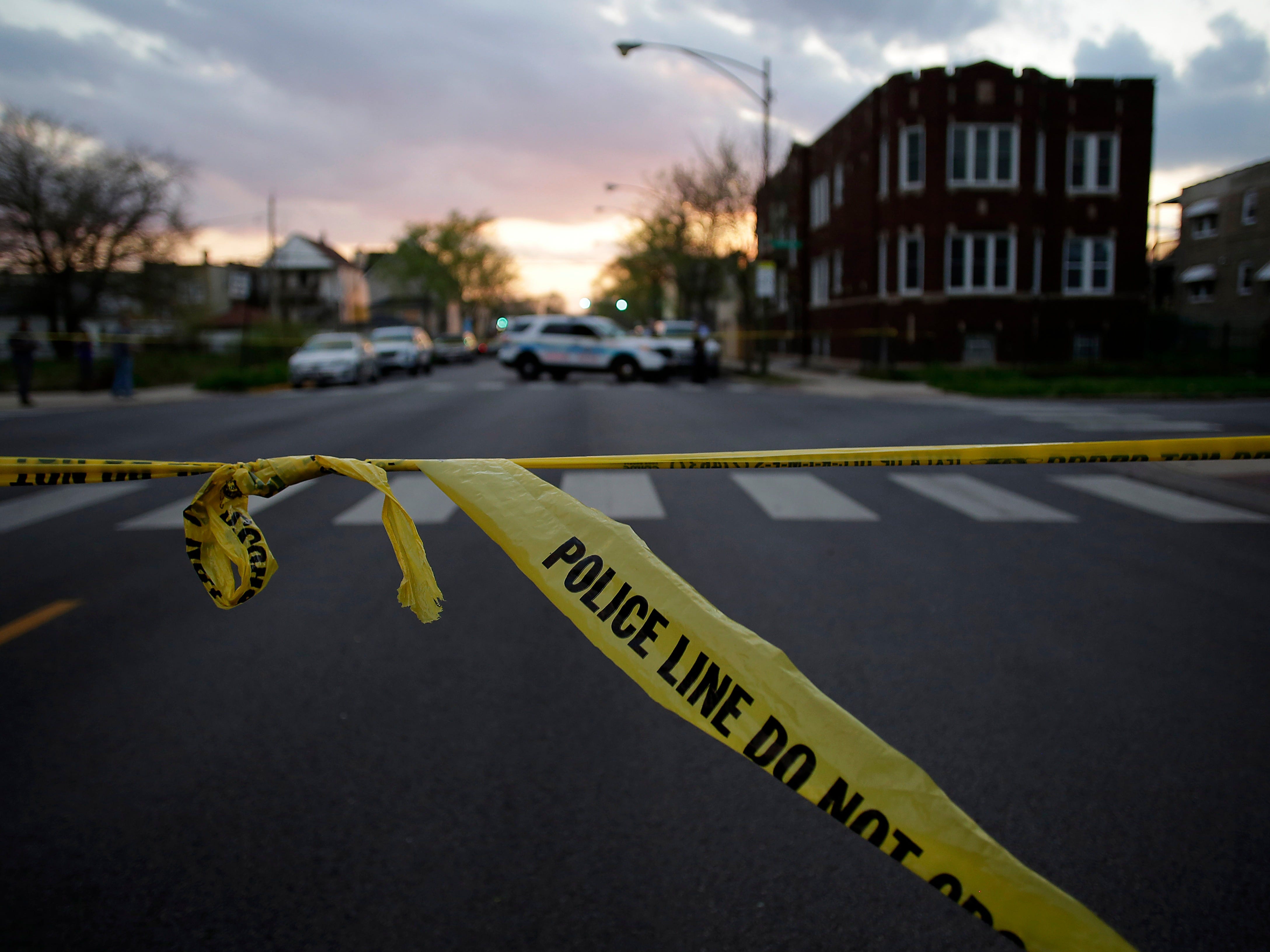 Watch Chicago Mayor Lori Lightfoot’s speech to 2020 graduates: ‘Solutions to seemingly intractable challenges are not found in 140 characters or on other forms of social media’

Mayor Lori Lightfoot is a lawyer and the current mayor of Chicago, and the first openly gay Black woman to be elected mayor of a major city in the US. In her 2020 commencement address, she challenges Northwestern University graduates to get energised in the name of public service and […] 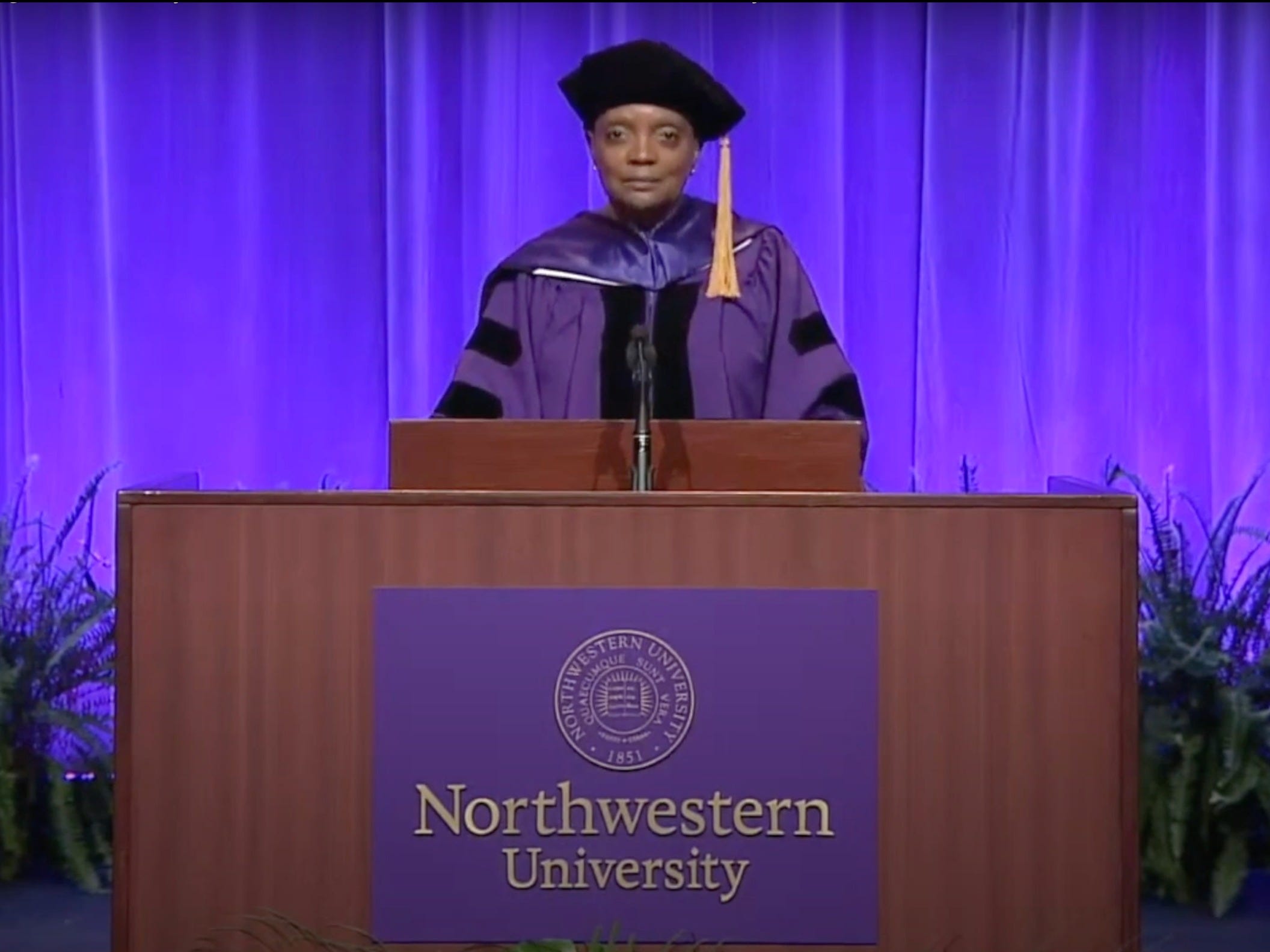 Chicago police officers were caught on surveillance video lounging, making popcorn, and drinking in a congressman’s campaign office as looting took place in the neighbourhood on the night of June 1. In a press conference with Chicago Mayor Lori Lightfoot, Rep. Bobby Rush said he had surveillance video of the […] 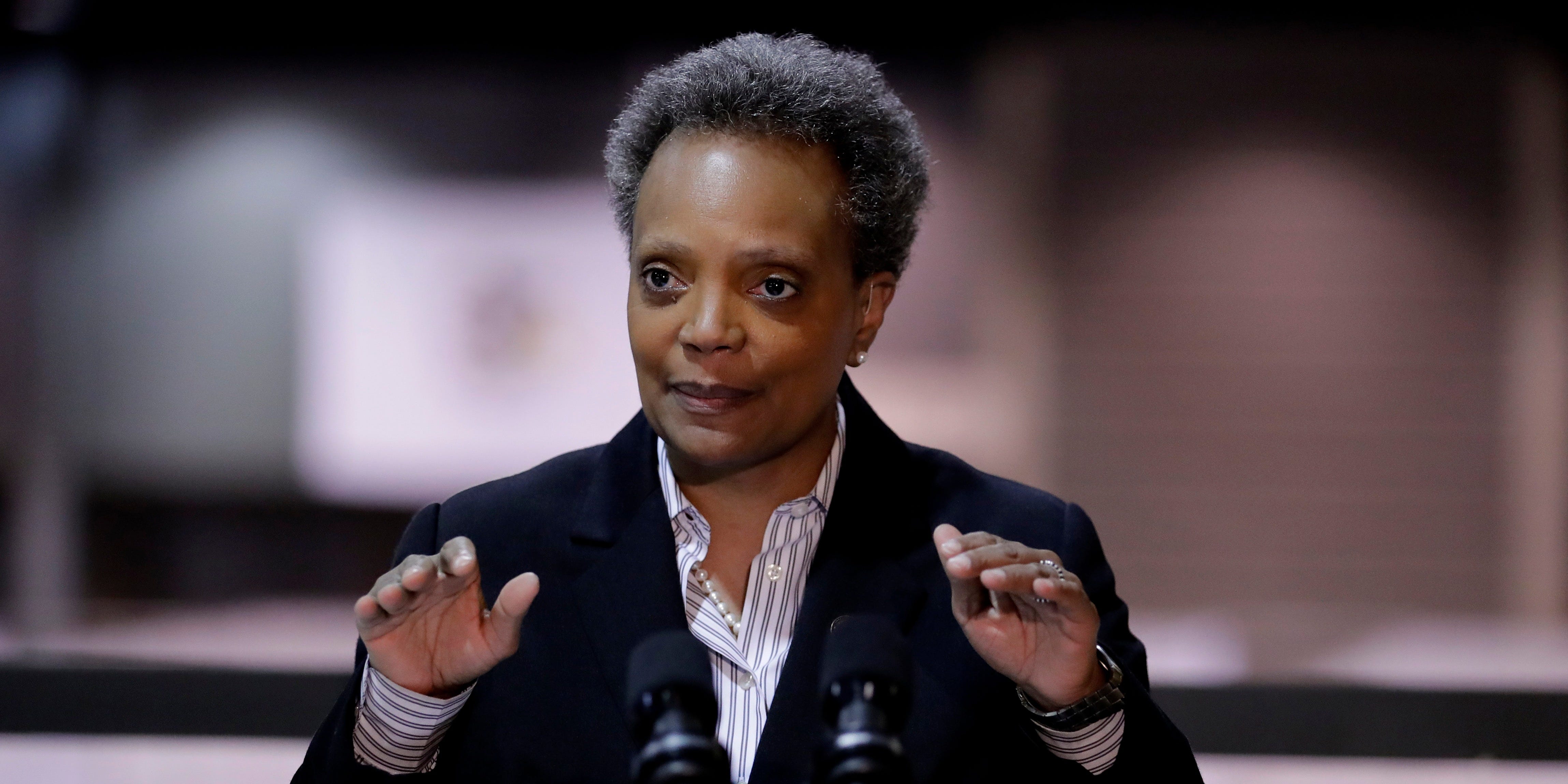 Black people account for 72% of COVID-19 deaths in Chicago while making up less than a third of city’s population, mayor says

Chicago Mayor Lori Lightfoot said 72% of people in Chicago who have died from COVID-19 are Black despite African Americans making up just 30% of the city’s population. Lightfoot said she had created a “racial equity rapid response team” to investigate how to respond to the disproportionate impact. “Whether it’s […] 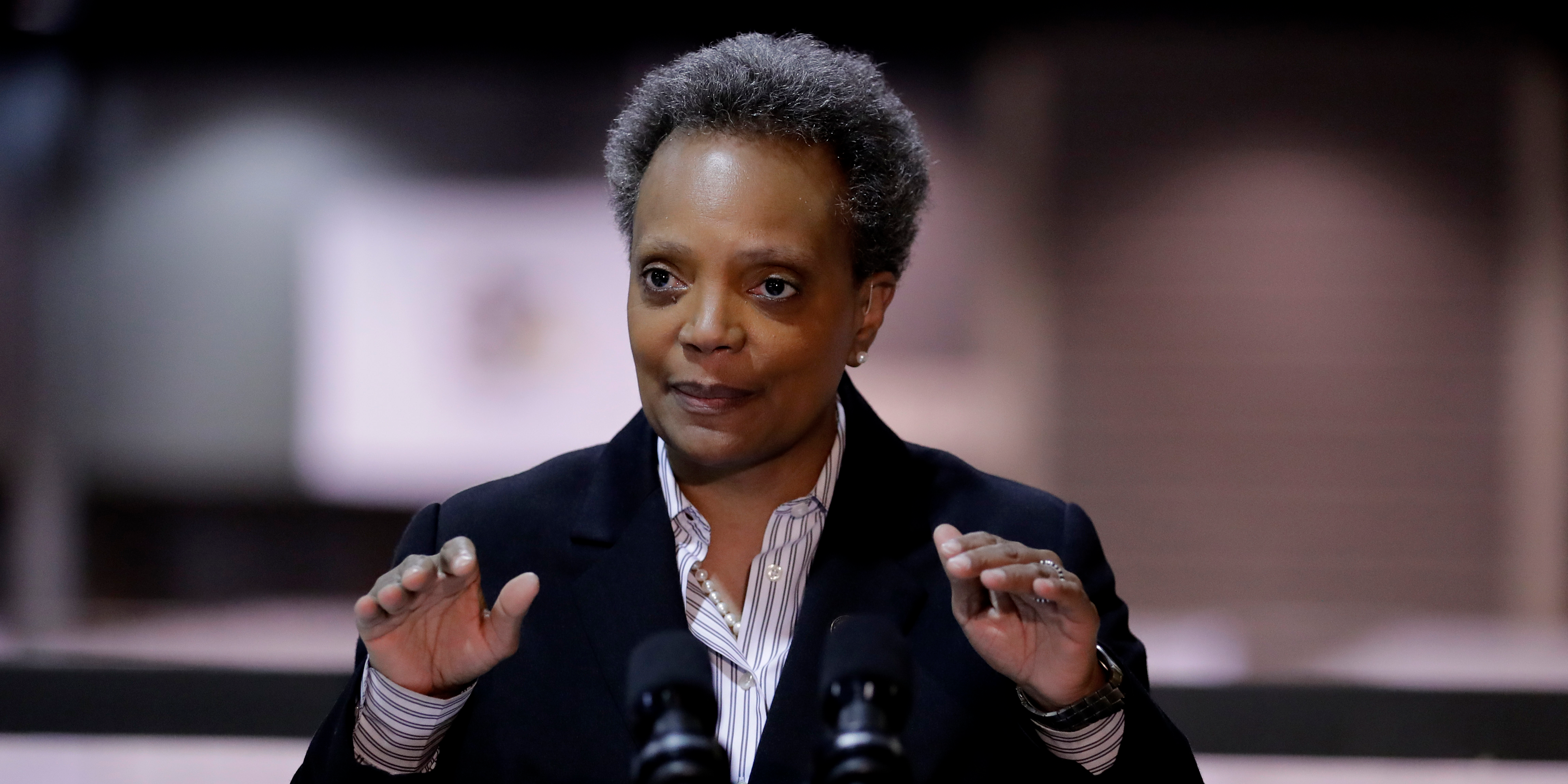 Eddie Johnson was abruptly fired from his job as Chicago police superintendent on Monday morning. Chicago Mayor Lori Lightfoot said she fired him over “intolerable actions” and “ethical lapses” in connection to a night in October where he was found asleep at a stop sign in his running SUV. After […] Ivanka Trump’s efforts to spotlight gun violence in Chicago spectacularly backfired when the city’s mayor slammed her tweets on the matter as “nonsense” and said Trump didn’t have her facts straight. Mayor Lori Lightfoot said the tweets mischaracterized the location where a shooting took place, got some of the numbers […]